Star Wars Jedi: Fallen Order is one of the newest and hottest games in the world right now, but this was expected, consider the name that it has. Every single Star Wars fan will definitely love the dynamics of this awesome game.

As the name suggests, the main focus here is Jedis and their destiny. For those of you who watched the movies, you've seen that apart from their legendary swords, Jedis are famous for using the Force. As you can imagine, this will be one of the main objectives in this game as well. Unfortunately, when you first start playing, Cal Kestis's Force won't be strong because he's apparently "lost connection" with it. However, once you progress enough, you will be able to restore this connection.

Let's take a look at how to progress through the main story in order to unlock everything that's connected to The Force.

There are many different ways in which you can use the Force to your advantage. Apart from just moving around, you can also use it in combat whenever it's needed. Having said that, there are four "main" things that you can du with the Force that you will gain access to while doing the campaign:

These are the main things that you will be able to unlock while progressing. Keep it in mind that Cal will only have Force Slow in the beginning, which will make things pretty hard. However, once you start to progress enough, you will be able to slowly and steadily unlock the other Force powers as well. Whenever that happens, you will also see a short flashback where Cal remembers how he used to train these things.

Let's see how actually to unlock every single power that's mentioned above.

Unlocking the Force Pull - How To Do it? 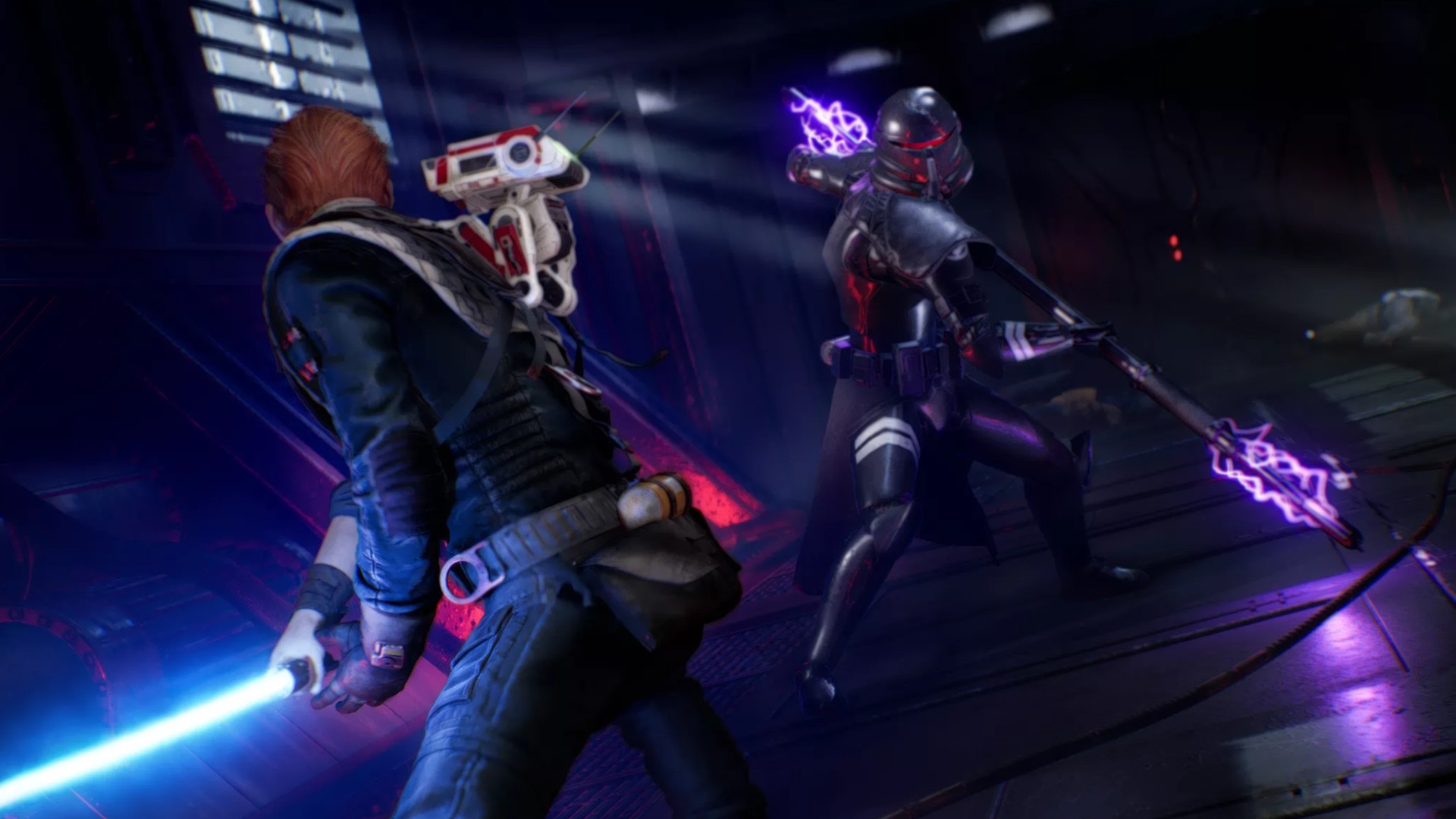 The Force Pull is an essential ability to have because it can save you in some sticky situations. However, in order to unlock this, there are a couple of things that you need to do. First, you will have to go to Kashyyyk and complete some minor activities that won't take more than fifteen minutes. Once you're done, go to Zeffo and head towards the Tomb of Miktrull. Of course, this won't be a walk in the park because there are tons of enemies that will want to kill you there.

When you finally end up there, go inside and start exploring. A couple of meters inside, you will see a big platform, and suddenly, a gigantic imperial ship will show up and destroy the entire thing. This will trigger a special cutscene where you fall and drop your saber on the ground. Luckily, this is where Cal will remember what he was trained, and after using the Force Pull, he will be able to get his lightsaber back to him.

That's it, you will now permanently learn the ability to pull certain things towards you!

Unlocking the Force Push - How To Do It?

The Force Push is perhaps one of the most useful abilities that you will learn because it can do wonders. It's helpful in combat and outside of it because there will be many objectives that you will have to go through once you progress in this awesome game.

In order to get your hands on this sweet thingy, you need to go to planet Zeffo and fight against many different imperial enemies. Your goal is to reach the Tomb of Eilra, but as you can imagine, every single enemy there will want to kill you before you go there. Luckily, you have a particular objective tracker that will make your life easier, so just follow it, and you will reach your destination. Just keep it in mind that it will be pretty hard, and you will have to fight a lot before you go there.

When you finally get to the Tomb of Eilram, you will experience a big flashback where Cal will remember what he was trained once he was a padawan. When the cutscene is over, you will get the Force Push ability. Once that happens, just use it straight away in order to escape faster from this creepy place. It's full of puzzles, and other types of things, so be conscientious not to get lost inside because it is possible.

Unlocking the Double Jump - How To Do It? 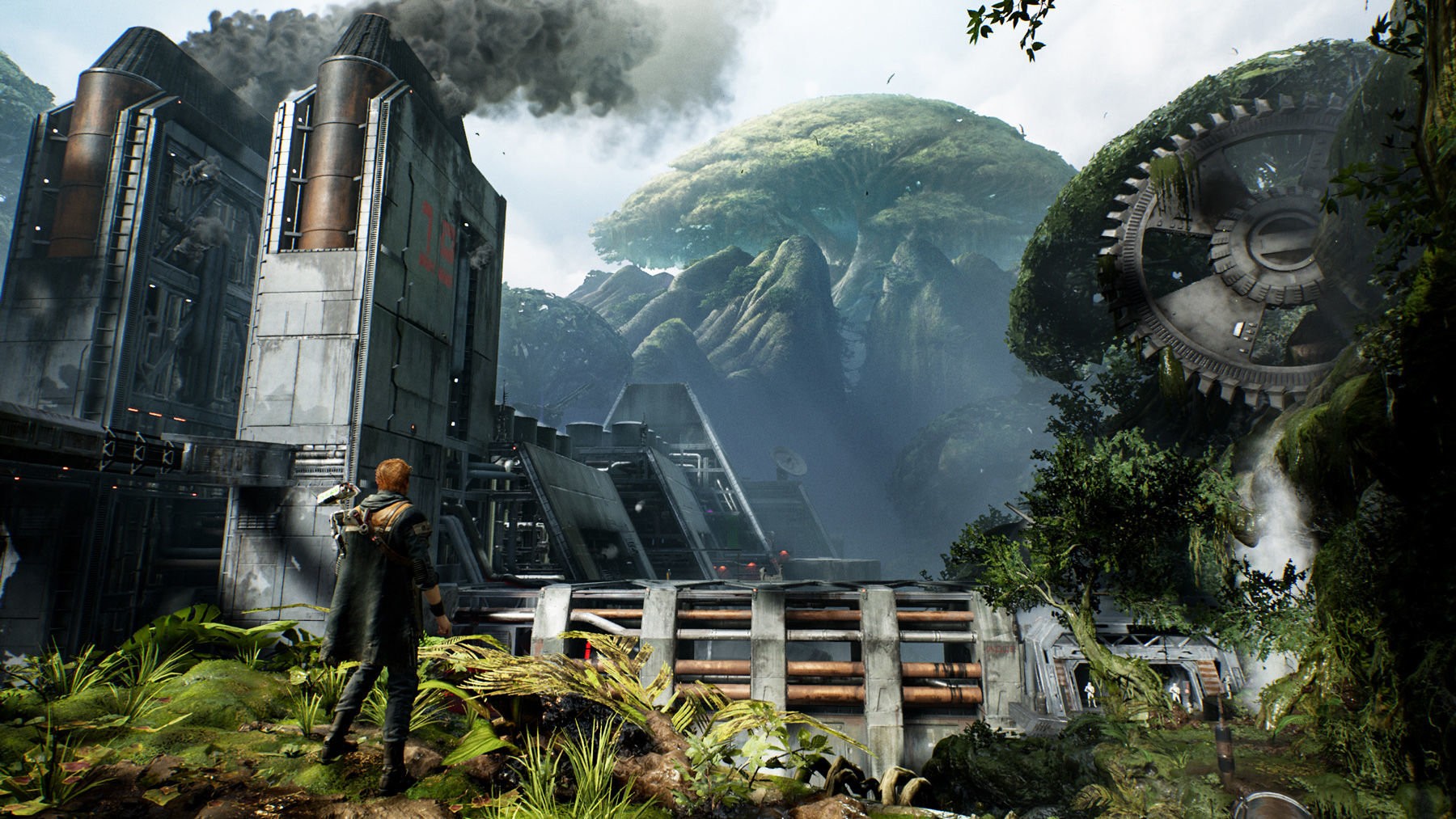 After you've unlocked the two abilities mentioned above, it is time to focus on the final objective - the Double Jump. This will probably be the most useful thing that you will get because you will be using it all the time in every single situation. Similar to the other Force Powers beforehand, you will also experience a big flashback where Cal remembers how he was trained before you finally unlock it.

Since this is the final Force Power that you learn, you need to progress a lot in the main story of Star Wars Jedi: Fallen Order in order to be able to unlock it. You will be able to get once you go to Kashyyyk for the second time. You will be given the task to speak to a Wookiee there. However, upon arriving, there will be a nasty surprise that nearly kills you. To make a long story short, there will be a giant bird that comes out of nowhere and saves you. It will then basically hand you to the Ninth Sisters, where you have to do a couple of small tasks.

A few quests later, you will reach a place where you have to go down from the Lung Plants. When you start to bounce, you will trigger another cutscene, which will allow Cal to remember how to Doube Jump.

Congratulations, you've unlocked all Force Powers! Next time when you get yourself in a sticky situation, remember to use all of the abilities you've learned in order to make your life easier.

We hope that we managed to help you at least a little bit in your journey throughout this awesome game.