Square Enix showed us Final Fantasy 7 Remake at E3 2019 press-conference. We have some gameplay footage: abilities, graphics and even a boss fight. Looks great.

The game now has a "slow motion tactical mode," as well as two ATB (active time battle) bars. Triggering an item or spell will use an ATB charge, Materia is shown on your weapons. You can swap between your characters and bind abilities to shortcuts instead of going for the more tactical approach. There is a lot of action and tactics in the gameplay, where the two main heroes are battling the Guard Scorpion boss. Tifa was teased but the publisher said more coming "soon." The game releases in March 2020.

“Remaking Final Fantasy VII has allowed us to dive much deeper into the world and its characters than ever before,” said producer Yoshinori Kitase. “The game design was optimized for this title as well, and we anticipate two Blu-Ray discs’ worth of gameplay content. The first game in this project expands on the story of Midgar and is such an elaborate retelling that it’s become a solid standalone game in its own right.” 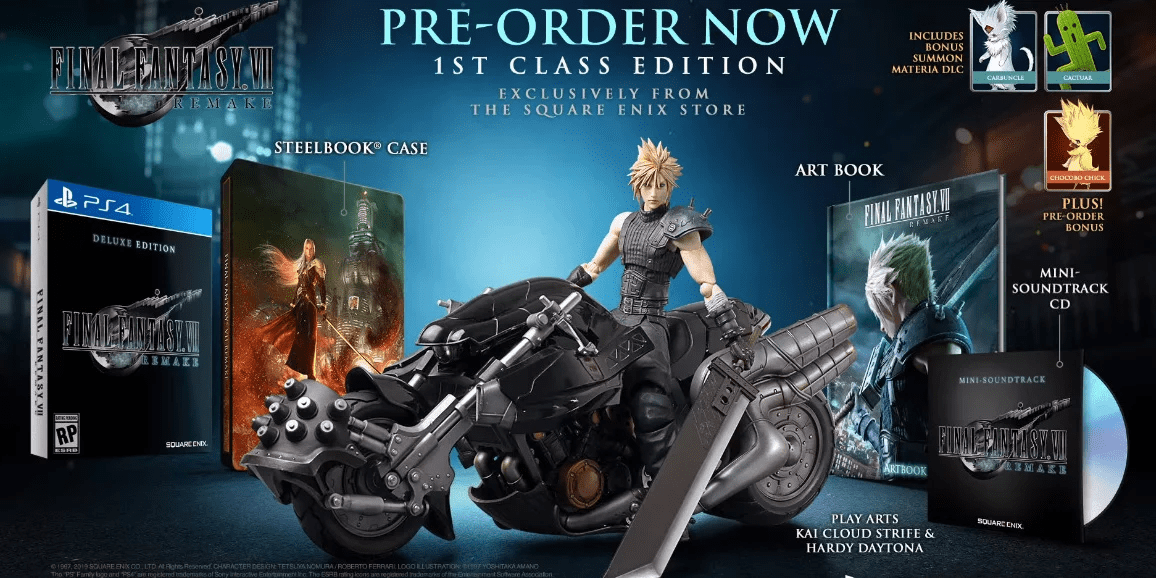