Sony has shown villains of the new Spider-Man game

The game release is planned for September 7 on PS4

Mister Negative is a man that leads a double life. For New York citizens he is known as Martin Lee a businessman, philanthropist and founder of the famous F.E.A.S.T. shelters. Apart from that, his secret identity is Mister Negative, Inner Demons gang boss. Using dark energy to achieve his criminal goals, he is obsessed with revenge on a high-ranked New York official. Evil mastermind of Mister Negative and his powerful abilities are capable of destroying the whole NYC.

Wilson Fisk is the guy that we have seen in Marvel's The Defenders. He seemed like a warm-hearted and generous man, who donated to charities had a legitimate business and was an art patron. However, Fisk secretly controls organized crime families in New York as a Kingpin. Peter Parker tried to provide evidence of his criminal actions for years and eventually succeeded. Spider-Man soon turns out to be in a bizarre situation, saving Fisk’s people, to unravel an even greater mystery of the new threat to the whole city. Perhaps Kingpin was right, saying that he brought order to the city.

Possessing the ability to control electricity, Max Dillon, a.k.a. Electro wants to develop his final and much more powerful form, turning himself into a living energy. By enlisting the support of a sinister patron, who will help him to get to his aim, Electro agreed to help to fix one of the most influential people in Big Apple. 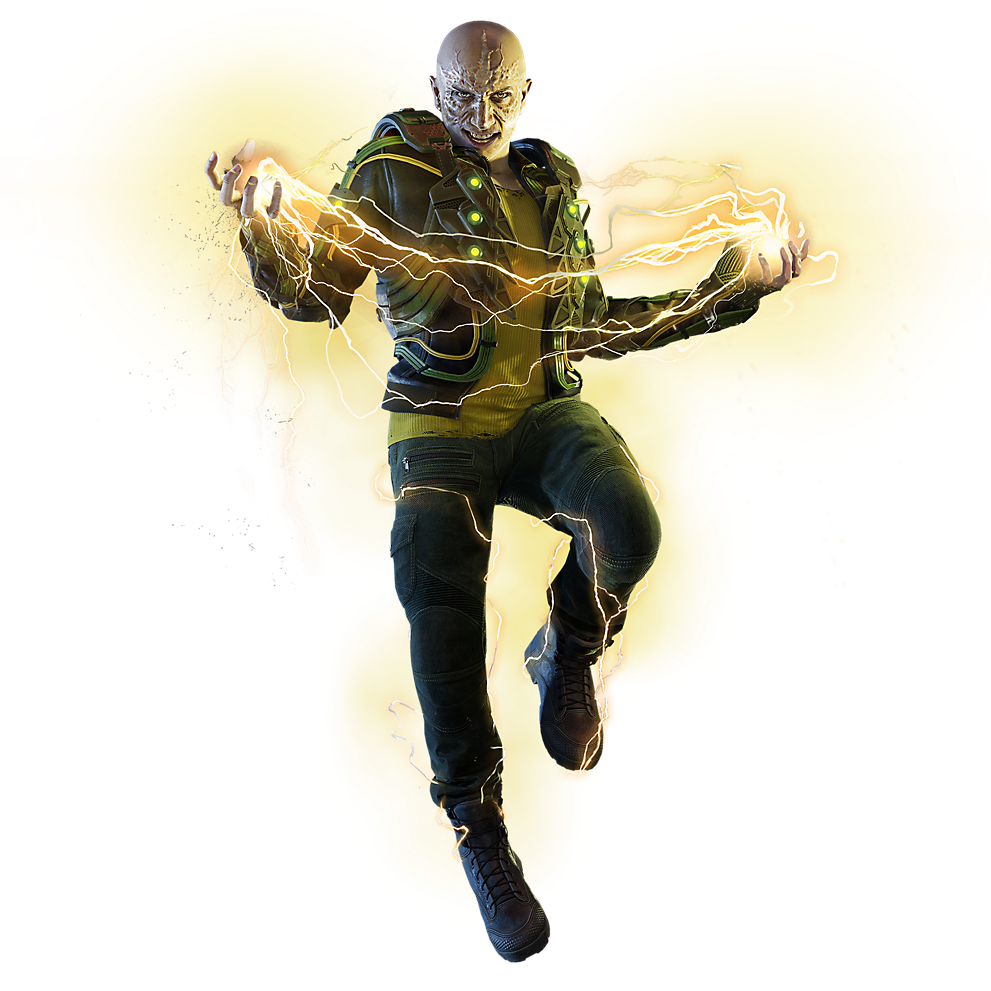 Empowered with inhuman strength and artificially enhanced skin, Aleksei Sytsevich wants to get rid of this shell and the criminal reputation of Rhino. Aleksei is being assisted by a villain in his intentions, however, Rhino will have to pay for it by causing damage to the powerful New York mogul.

Over the past few years, he was behind the bars at The Raft prison (you can notice this one in the Captain America: Civil War ending scene). But now the manic McGargan was released to continue his confrontation with the Spider-Man. In exchange for the promise to provide cleaning of criminal record, Scorpion has to kill the Spider-Man with his poisonous sting.

Vulture (Michael Keaton’s character in Spider-Man: Homecoming) plagued Spider-Man with his awesome flight suit since Peter Parker learned to use his powers. Now Adrian Toomes suffers from the spinal cancer, gained while using the power of his winged suit. A powerful villain developed a plan to save Adrian's life and rescue him from The Raft prison in exchange for his help to execute the vendetta against the city icon.

The best way of robbery is to destroy the vault and get what you want with ease - German Schulz produces shockwaves and eludes fear using an advanced high-tech suit with gauntlets, creating vibrational waves powerful enough to destroy even the toughest structures. The Shocker is a very old Spidey’s opponent, but this time something greater motivates Schulz ...

Inner Demons - mysterious criminal gang, who can be easily identified by their foreign Chinese masks and black and white suits. They act under the guidance of Martin Lee, known as Mister Negative. Some high-ranked Inner Demons use weapons enhanced with "negative energy" - these can deal a great damage to Spider-Man. Sometimes Mister Negative devours gang members, which makes him even stronger.