Mai's birthday is officially listed as January 1, 1974, with the store open since December 26 and scheduled to close on January 6, 2020. Items will also be available that feature other King of Fighters characters and New Year themes. 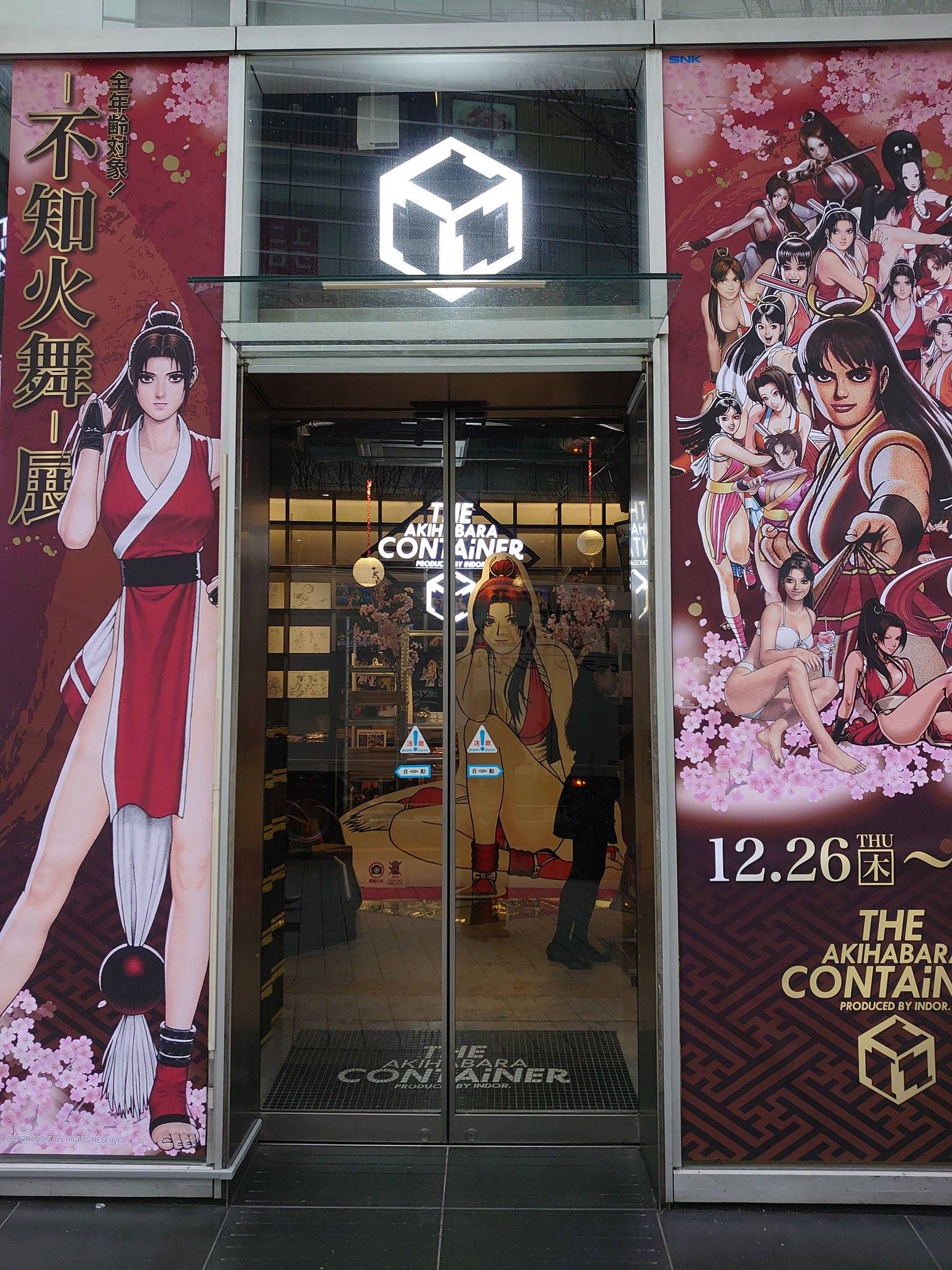 Mai at The Akihabara Container

Interestingly, Super Smash Bros. Ultimate director, Masahiro Sakurai, commented on why Mai did not make it into the game when Terry Bogard was revealed in a deep-dive video. The King of Fighters stage has other characters from the franchise appear so that she could have made an appearance either as an NPC or playable character. Knowing how popular she is and anticipating the questions that would come, Sakurai decided to nip any disappointment in the bud.

“You may have noticed that a very important character from the Fatal Fury series was not included," said Sakurai. "Yes, Mai Shiranui. Super Smash Bros. Ultimate is for good boys and girls of many different ages, so we decided not to feature her. Please forgive us.”

Mai Shiranui has become a bit of a sex symbol, debuting in 1992’s Fatal Fury 2 as the first playable female character in an SNK fighting game. Thanks to her revealing outfit and the level of attention paid to her animation, Mai quickly became one of the most popular female fighting game characters in Japan and parts of Asia. Even in the West among fans of anime fighters

Considering Nintendo’s family values, there was never really any possibility of Mai coming to the game. Unless, of course, if she was censored, but that would have likely caused an uproar. So leaving her entirely out of the cross-over was the safest move. However, Bayonetta also wears revealing outfits in her own games, but in Super Smash Bros. Ultimate, her clothes are toned down without breaking the internet.