We are a bit late with our review, that’s fair, but the reason behind it is pretty simple. We had the luck to enjoy the PC version of the game – and it was the greatest mistake. That’s how Sekiro: Shadows Die Twice played out for us.

You are free to skip this part, as it is mostly dedicated to the technical issues. What really matters is that you should under no circumstances buy the PC version of Sekiro if you don’t have an Xbox controller.

It’s pretty obvious that the technical issues directly affect your gaming experience. A game can be flawless in terms of mechanics, story, narrative, but various bugs and problems you encounter can easily eclipse it.

This is actually the case of Sekiro: Shadows Die Twice. The experience was hideous. As you might’ve already guessed, it all started with buying the PC version of the game. This is a crucial mistake given that FromSoftware’s games traditionally suffer from issues on PC. However, Sekiro had stable 60 FPS judging by the tests and also had the ability to remove the limitation of the FPS count to get it up to 144 frames. Ultrawide monitors support was also achievable by mods.

It turned out to be a pretty fair deal. The game proved to be perfectly optimized, and the promised functionality of mods greatly added to the gameplay experience. Although the vanilla experience itself was, to say the least, horrible. 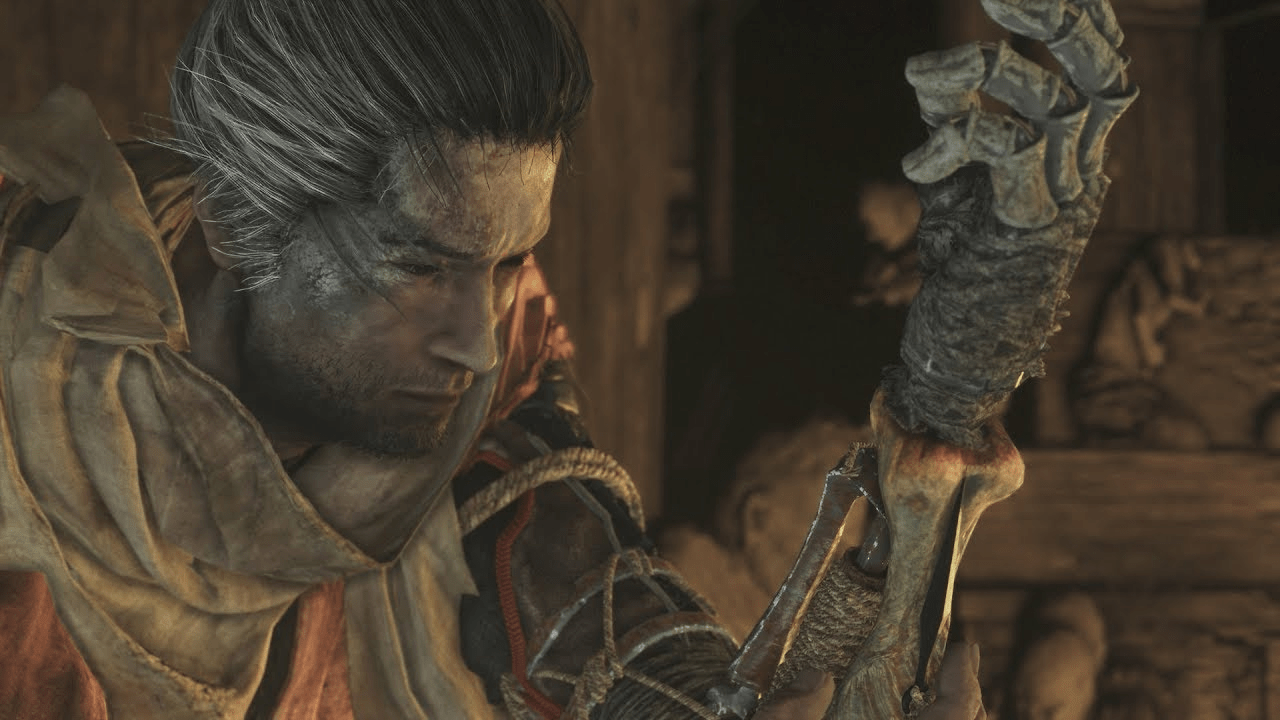 Using a keyboard-mouse duo was depressing. The key controls were scattered all over the keyboard, and it was really uncomfortable reaching them. Who’s bright idea was to scroll inventory by default with Z and X? How are you supposed to push these buttons – with a ring finger? Colleagues were similarly irritated by Shift.

Well, having a PS4 DualShock controller should’ve fixed the problem – this was the first thought after meeting the PC version of the game. That’s where the fun part starts. DualShock 4 is not designed to work with the game through the PC – the camera was literally uncontrollably rotating, and the only responsive buttons were R2 and L2. Yup, the triggers were used to control the camera.

After browsing the Web for a tutorial to adjust the controls, the game finally became playable. 10 minutes into Sekiro on PC and the sound completely disappears. Trying to change the audio output in the system’s option did no good, and the only solution was to restart the game. Luckily, the game launched with the sound, but the controller stopped working.

It was the point of no return. The game was refunded on PC and bought again – only this time for PS4. The actual review of the game

It’s hard to believe in, Sekiro: Shadows Die Twice is the first FromSoftware’s game with an actual story and proper narrative elements. This time, it’s not just hidden lore, which you were supposed to uncover and learn on your own. Let’s make a quick comparison:

The boy, lost on the battlefield, is being taught the art of shinobi by a masterful warrior. With the time passing by, the boy eventually loses everything: an arm, the trust, and his master. The boy – Seju – decides that he has to bring his lord back. “The one-armed wolf” receives a multifunctional prosthetic instead of his missing hand – this is somewhat close to Nero’s replaceable arms in Devil May Cry 5. Obviously, Seju’s prosthetic is less technologically advanced since the events of the game take place in a re-imagined medieval period of Japan’s history. Initially, the artificial arm is being used solely as a grappling hook, but as you progress through the game, you unlock new abilities, such as throwing shurikens, tossing petards, activating special attacks with an axe, etc.

The Wolf progresses himself as well. He gains more HP points, his attacks become more powerful, and new styles and combat moves get unlocked. Sekiro: Shadows Die Twice doesn’t have traditional Souls’ progressing through the strength, agility, and stamina attributes. Instead, Sekiro’s system is a lot closer to Nioh – your character gains experience, which can be spent on new combat stances and moves.

It means that the protagonist does not consistently improve chosen abilities for them to be more powerful – but instead, he constantly learns new ones to be effective in a way that he can perform various moves to counter every opponent he meets. For instance, spearmen are going to be a pain in the lower back area for quite a while since their weapons help them to keep the Wolf at a distance. However, once you’ve learned a special move to counter a spear, these enemies are no longer a threat.

The battles have changed drastically in comparison to the previous games by FromSoftware. In Dark Souls 3 or Bloodborne the idea was to reduce the opponent’s HP count down to zero. The essence of Sekiro’s battles is quite the same, although the overall battle design is completely different. By performing attacks on the enemy – regardless if you deal damage or not – you gain points for a special scale, which – once completely filled – allows you to kill the enemy in a single cinematic attack. Even if they have full HP left. Interestingly, the same goes for the Wolf himself, as he has another scale when he is being attacked by his opponents.

In other words, Sekiro allows you to follow every step of your enemy so that you can break his poise and balance to make the final strike. This differs a lot from what we have previously seen in the studio’s games.

How it looks and sounds

It’s quite odd to thoroughly examine the level of graphics in 2019 because pretty much every well-budgeted game has 4K textures. What really matters nowadays is having great animations, lighting and art-design. And Sekiro has it all. Shinobi’s movements are executed exceptionally well, while the AI opponents do exactly what they are meant to. Rural guards are often exposing themselves too much during a fight; experienced fighters move thoughtfully and carefully; monsters do not care about defence at all.

Finishing moves are a desired reward for all the efforts put into them. They are being performed with a special animation, and the duration of the attack depends on how long and how difficult the actual battle was. A common enemy will be dealt with in no time; a defeated boss, on the contrary, will take a few seconds to perform the finishing move on him. It looks a lot more exciting than it sounds.

FromSoftware did a great job to present the atmosphere of medieval Japan with a slight touch of oriental mythology. It looks like we are going to experience something similar with Ghost of Tsushima from Sucker Punch, but for now, Sekiro is the one and only luxurious contender in that particular field. It is also worth noting that the beauty of the game is displayed through the environment rather than graphics. 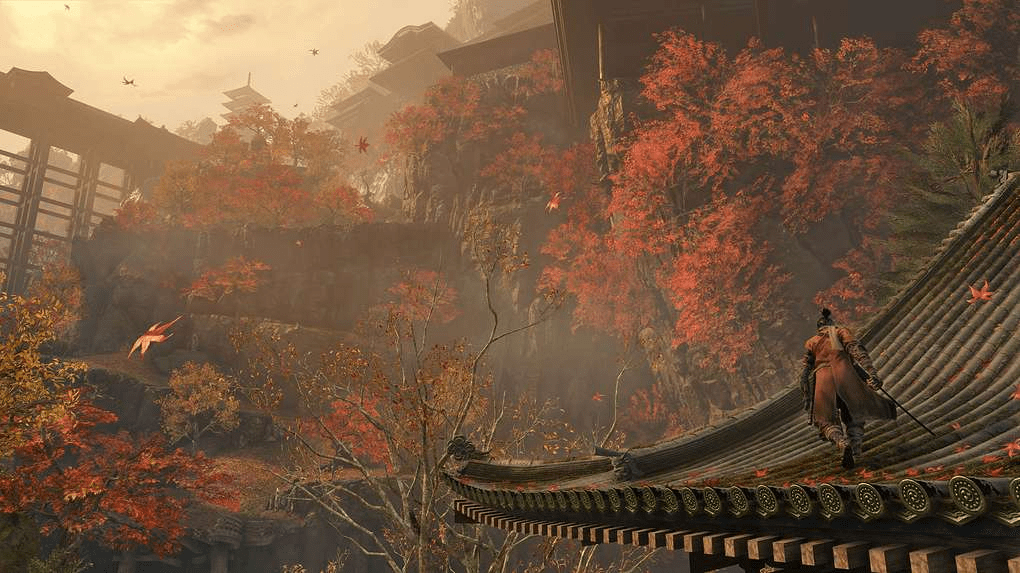 The game contains a wonderful opportunity to enjoy the original Japanese voice acting, which leaves you with a localized interface only. The game is developed by a local studio and tells the fictional story of medieval Japan – so there’s no actual reason in skipping the original voiceover. Moreover, each character has facial animations.

We’ve been waiting. We’ve been desperately waiting for years for the rolls’n’dodges to become irrelevant so that we can make fun out of it again. Here’s our sincere gratefulness towards Miyazaki-san. This is a huge innovation in the gaming industry, and March 22, 2019 – the day Sekiro was released – will be remembered as The Day FromSoftware Abandoned the Rolls. Hooray!

Let’s forget about the PC purgatory with all the technical issues – if you exclude this experience, Sekiro is close to a flawless state. There’re just a few cons: All of the rest is great, and the best elements include an engaging combat system and a picturesque level-design. The game is now free of obligatory rolling moves, and the main hero is a fully-voiced living character. He has a name, he is motivated, he’s opening his mouth to say out actual words.

This is a great rewarding game, which is best experienced on a console. Sekiro has an average score of 91 points according to opencritic.com – that’s an obvious recommendation.