The previous Souls-projects made by FromSoftware have taught their fans that no mercy should be expected. Sekiro puts this idea into an absolute: it's just waiting for the moment to spank the player with dirty socks right in the face for his mistakes. It can really be difficult here, so we will give some useful tips on how to get through the game and level up your character.

Most of your Dark Souls and Bloodborne in Sekiro will not come in handy at all. Earlier it was possible to circle around the enemy for a long time, trying to catch the moment to attack — now you are encouraged to use the 'zerg rush' tactics. Yes, it is necessary to step over and over again through the instinct of self-preservation and to break into battle, in order to bring down the concentration line of your enemy, and then make a beautiful fatal strike.

Of course, there is a place for stealth gameplay too. But cosplaying Styx is not always possible. Once the stamina was removed, then you need to use it. Just do not forget that this advice does not work with the majority of bosses; they all require different approaches.

Be stealthy, be dominant 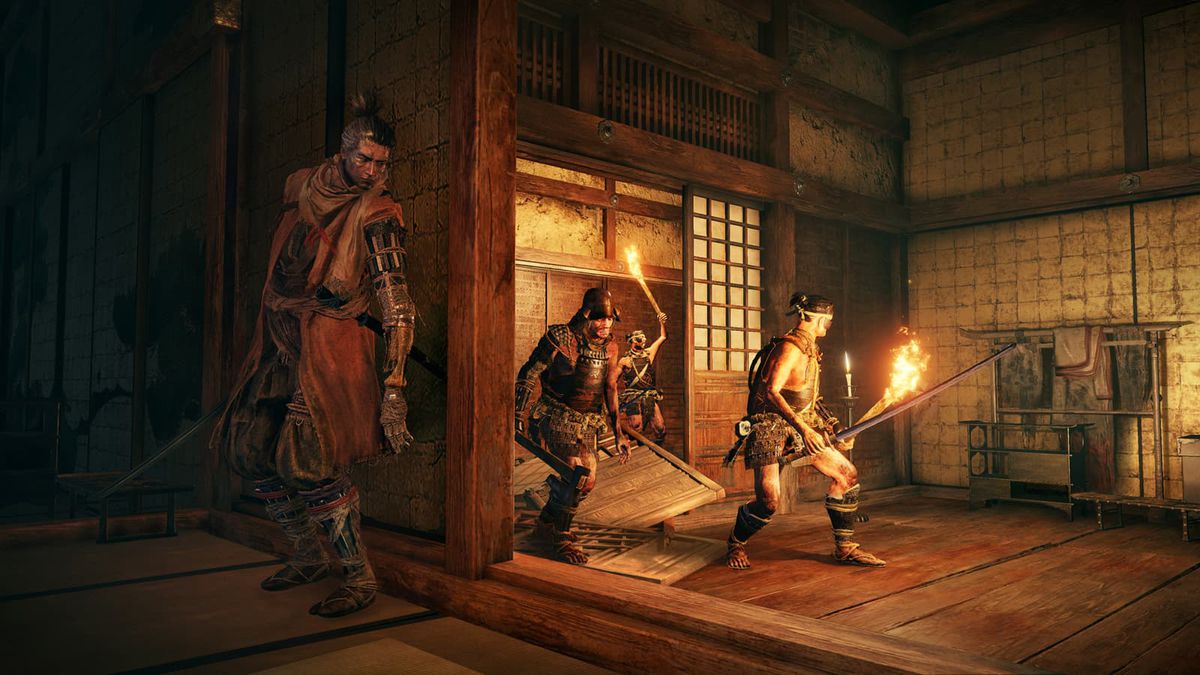 As we have mentioned earlier, Sekiro: Shadows Die Twice has stealth mechanics so that the player can feel like a real ninja. Use them at maximum. Do not rush into a crowd of enemies if you see the possibility to eliminate them one by one. Throw them off the cliff, jump down on the dummies from above, or just sneak up from behind and pierce the enemy with a sword. If you can kill the opponent with one strike, he will be highlighted with red colour.

By the way, this mechanics even work with some bosses and mini-bosses. The problem is that most of the times, they can survive several 'deadly strikes', so a surprise attack will remove only one piece of health bar next to their name.

Face the danger, parry all you can

In Dark Souls only the most reckless and experienced used parrying. Bloodborne players are used to it, mostly. In Sekiro it's better to do all the way. A successful parry can completely knock down the concentration bar for most enemies, after which they can be killed with one strike. Yes, you need to catch the timings, but the profit from it is obvious. You can also parry some bosses, but you need to remember one particular feature. 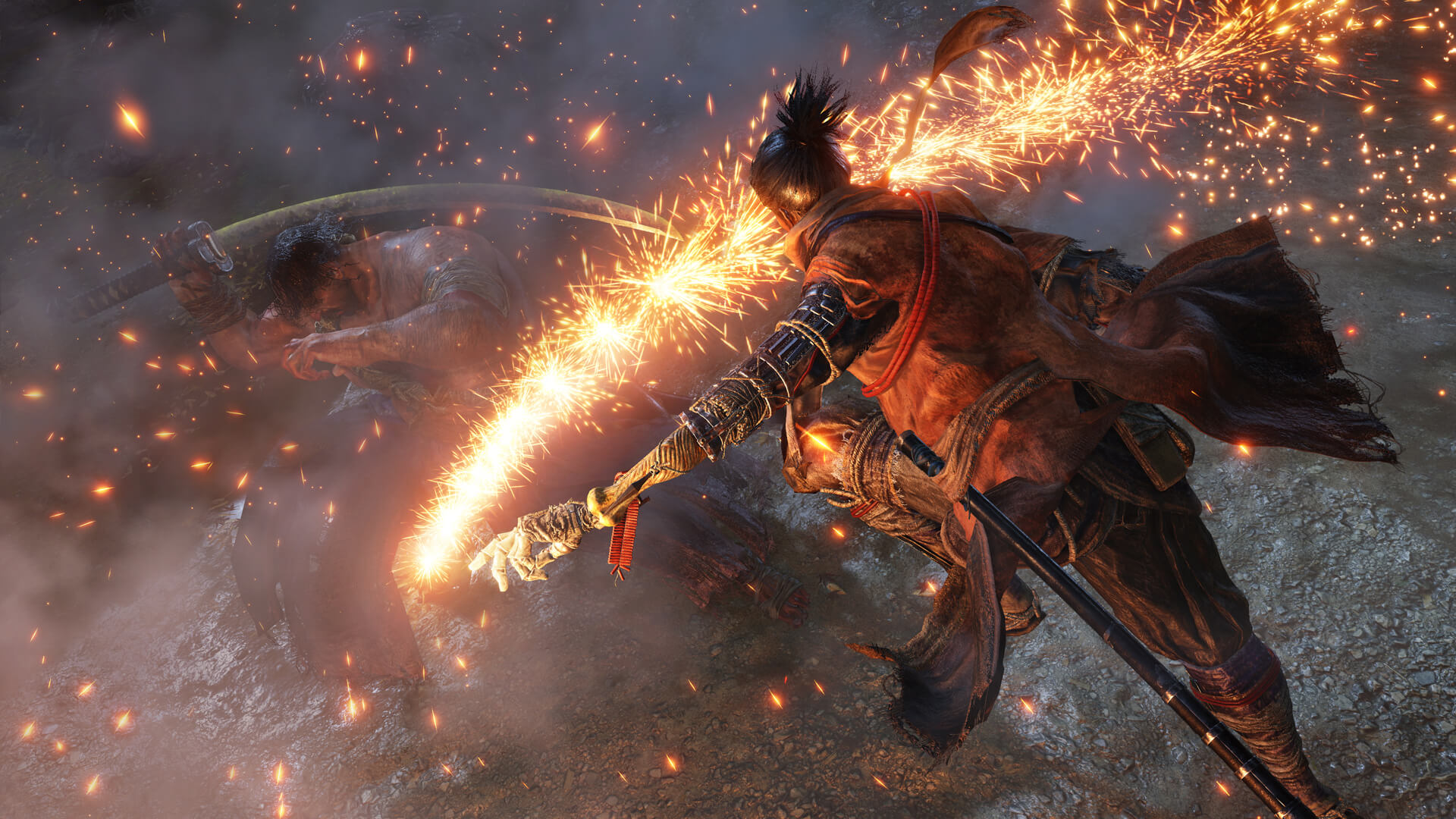 During fights with the enemies, a red hieroglyph will sometimes light up over the opponent's head. This means that the enemy is about to make a strike that cannot be parried or blocked. The attack can be vertical and horizontal. You need to learn how to identify them in time and perform a rebound or dodge.

After some time, a special Mikiri counterattack will become available. With its help, you can stop even unblockable punches.

Be thoughtful and explore the locations

As in any FromSoftware game, there are a lot of hidden objects in all locations in Sekiro: Shadows Die Twice. They not only reveal the plot, but they can also be of great help in boss fights. 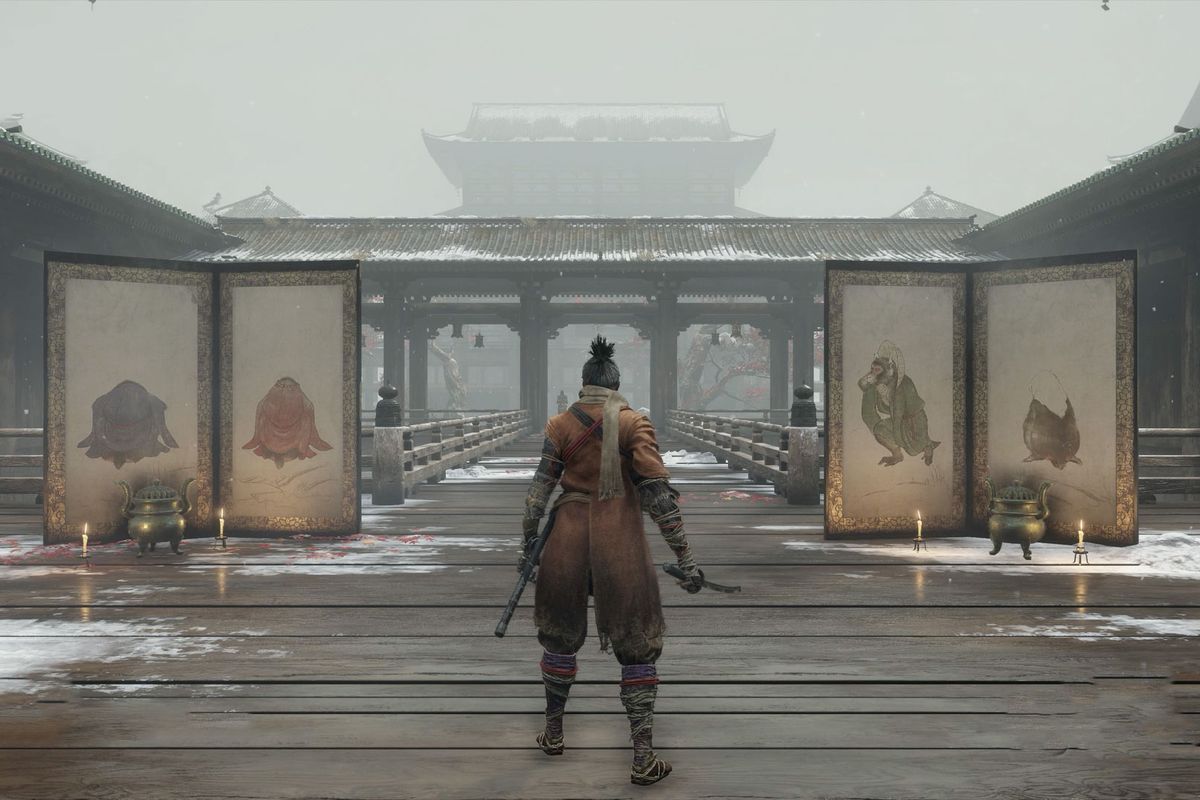 The turning mechanisms are the hidden doors in the game but don't expect any prompts from other players, like in Dark Souls. Scrutinise each wall, so you can even access new locations and optional bosses.

Do not rush to kill enemies who peacefully communicate with each other. Just sit in the shelter next to them and listen to the dialogues — you can sometimes find out information about secret paths, new locations and even the weaknesses of some enemies from them.

Train with Hanbei the Undying

The path of the samurai is cruel, dangerous and requires skill. Polishing yours on opponents can result in losing coins and XP. Why suffer so much if the game offers you a cool, friendly and undead NPC with whom you can learn how to fight properly without any risk? 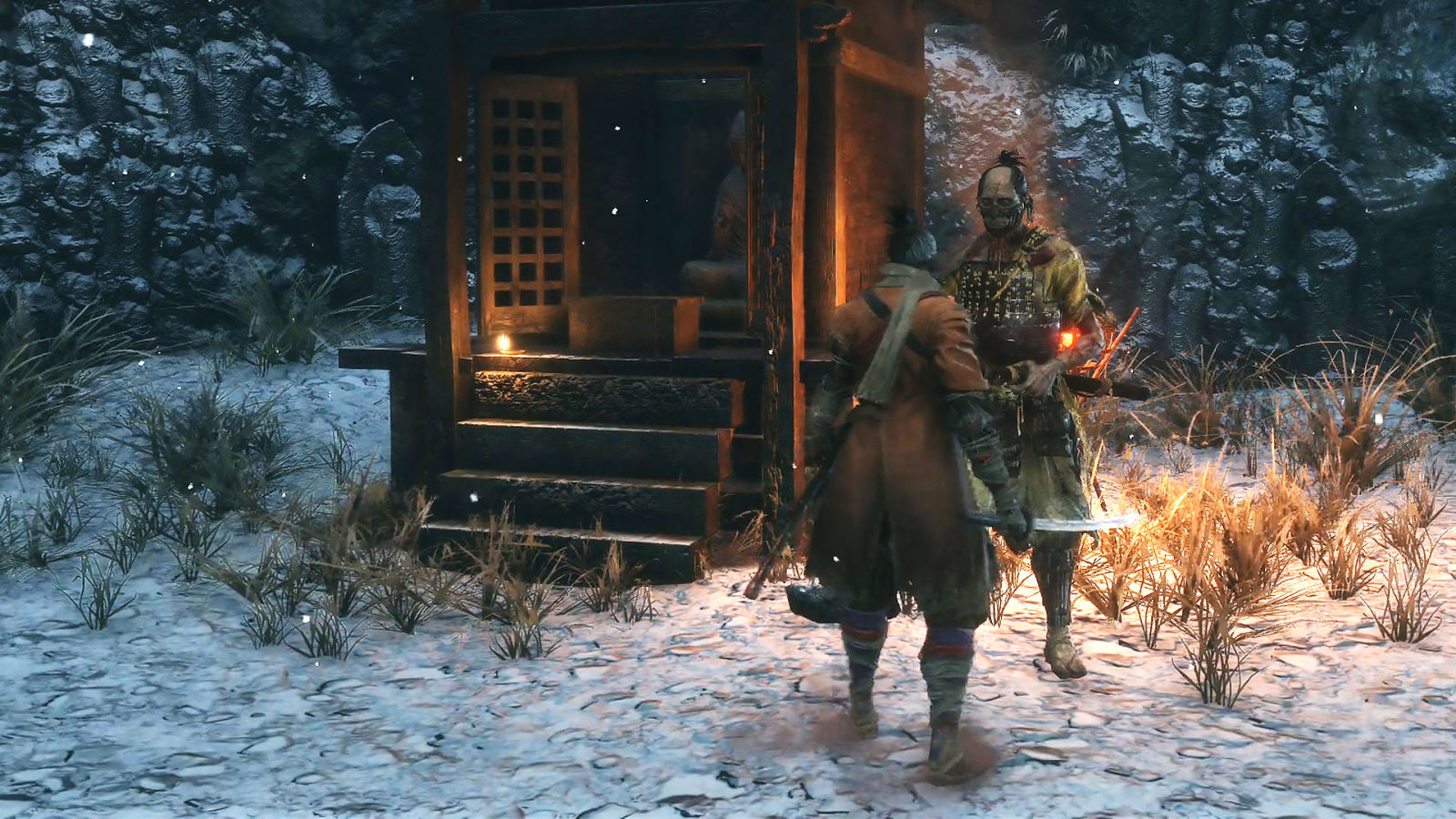 In the Dilapidated Temple, there is a character called Hanbei the Undying. Consider him your mannequin for practising strikes. Every time you acquire a new technique, go to Hanbei and fight him until you start to perform movements perfectly.

The first thing to train — parrying, evasion from non-countering attacks and the correct usage Mikiri's counterattack.

New Sekiro mechanics allows you to resurrect your hero after death in the same place, or give up and start at the idol. Do not rush to press the resurrection button in the heat of the fight, especially if you are battling the boss. It is better to wait until the enemies to mind their business. Otherwise, there is a chance to get some more right during the animation. 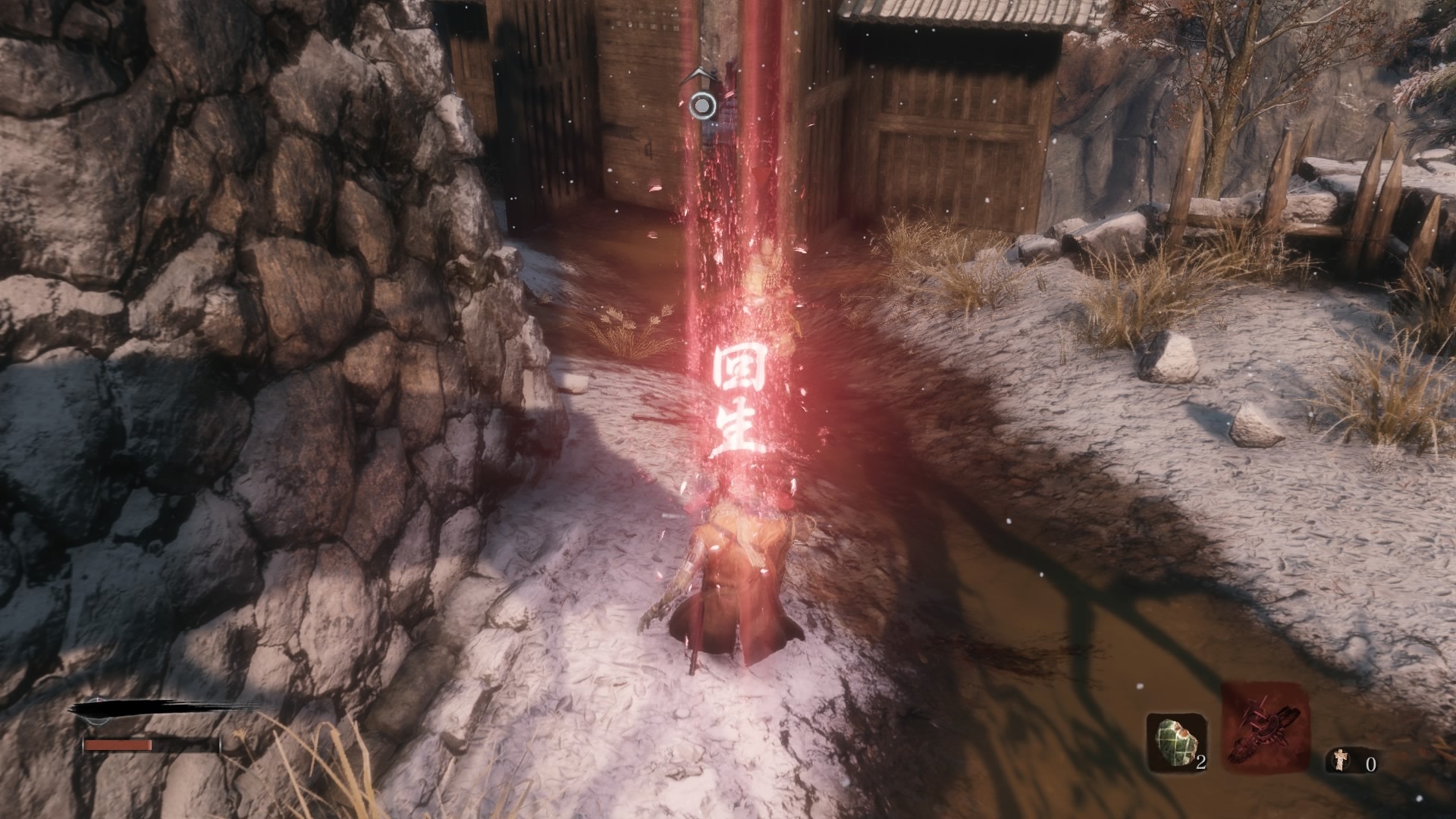 Visiting an idol gives you one extra life cell that can be used for resurrection. There is another option to get such a cell: after you are resurrected, just kill the enemy with a parry or by attacking him from an ambush, and you will be given a chance to rise again.

You are the shinobi, the silent assassin. There is nothing wrong with escaping the raging troublemaker. Hide from sight, take a breath and try to get close from the other side. Don't die without the need as the fines that the game gives you for carelessness are too heavy. It is best to use the grappling hook to escape since the developers have added a lot of points at locations to grasp.

Dying in Sekiro: Shadows Die Twice has found a completely new meaning. If the company's early projects had the death of a character leading to insignificant losses — in this game it directly affects the surrounding world.

Shinobi's each death leads not only to the loss of some experience and money, but also punishes all non-player characters. Time after time, another NPC will be stricken by the mysterious disease, which is called the Dragonrot. Not only the infected won't give you any quests and won't be able to teach you some skills, but the number of strugglers also affects your chances of losing gold after death: the more sick people, the lower the chance to save your stuff when the hero dies. 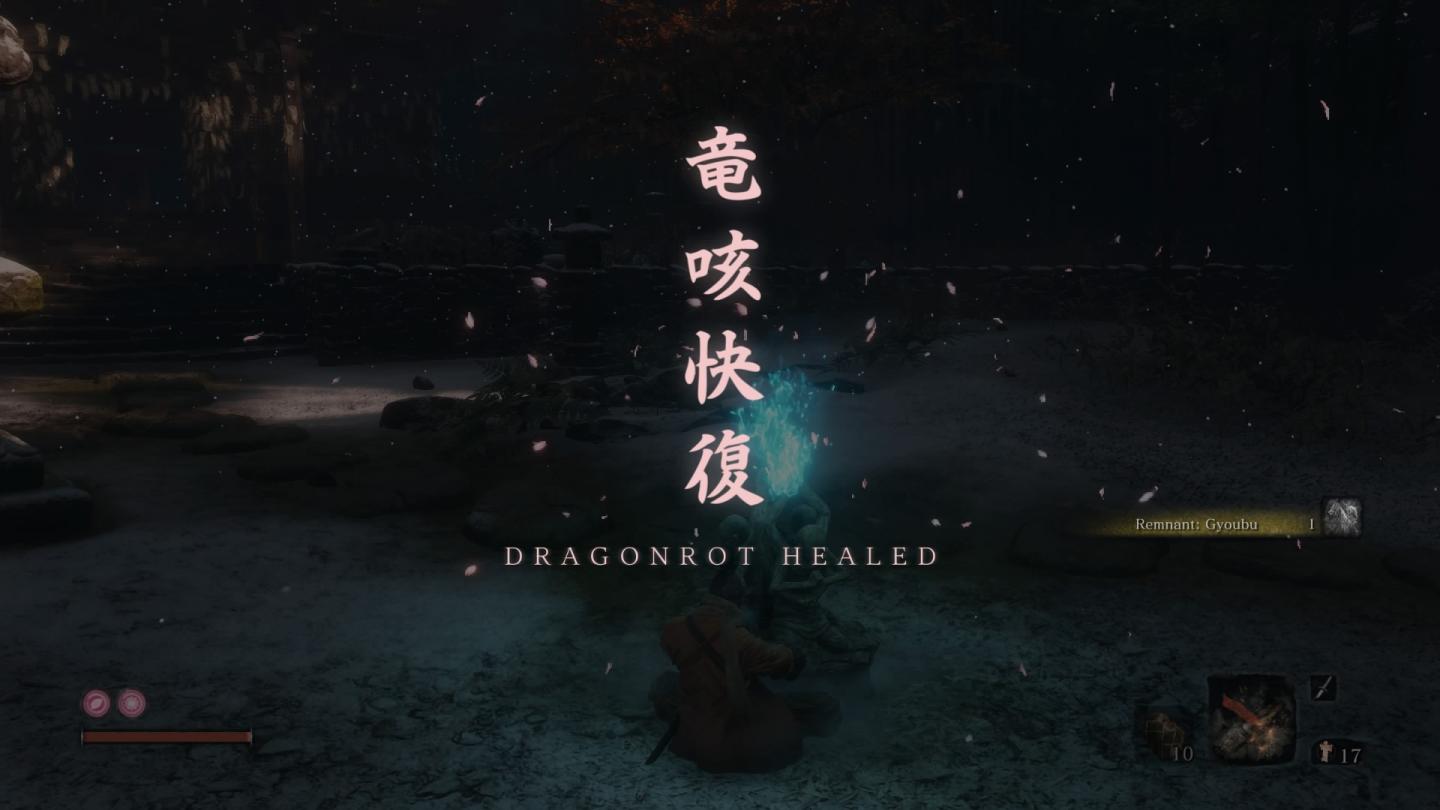 We are aware that the "don't die" advice is useless. Just remember that you need to take care of this problem promptly and start looking for the cure to this disease. We will not spoil anything, just the first time it will be quite simple to heal the characters. But with once the epidemic repeats, you will have to spend money.

Almost all FromSoftware games want players to face a choice: either make their way through enemies in a hardcore fashion and catch perfect timings or go to another location and farm a little to return with new forces and strike down the villains. Sekiro is no exception.

It would seem that the ideal advice for those who want to quickly become overpowered (like, over9000 or even more) — try to die less. In fact, we understand that it is almost impossible. So farm. Experienced players have allocated several places for quality farm:

One more obvious but important advice is to buy purses from merchants. Money in Sekiro: Shadows Die Twice are unexpectedly important and with each death the game takes exactly half. Do not open wallets unnecessarily, otherwise at the next death you may miss a weighty amount.