Ryoya: We watch almost every replay of our scrims

Ryoya interview “We watch almost every replay of our scrims” ⚡⚡⚡ Esports and gaming news, analytics, reviews on WePlay! The latest news on WePlay!

We had an excellent opportunity to talk to Eric "Ryoya" Dong, the mid-lane player of beastcoast. 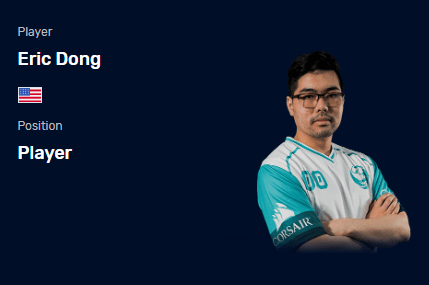 Hello, Ryoya. Thank you so much for your time. To kick things off, can you please tell our readers how you started playing Dota 2?

I’ve been playing Dota competitively for 4 years, I think. I started playing DotA all the way back when I was in middle school. I’ve played Dota 2 for like 5 years. I didn’t play it from the beginning when it was announced. Now I play for beastcoast, and I’ve been paying with Brax and ixmike88 on and off for the whole season.

How did you first start playing together?

Newsham was on the original team, and he asked me if I wanted to play, and I said, “Sure.” At that time Newsham, Brax, ixmike88 and BJS were looking for a mid-player.

How do you feel about playing with the current team?

I think Brax and ixmike88 are really good teammates. They don’t try to cancer up the atmosphere, they do their best to make everything work, and they are open to what you have to say. That helps to create a pleasant environment.

Do you have any specific goals for this year within and outside the DPC season?

At the beginning of the season, my goals were to make about half of the DPC events. I don’t know exactly how many DPC tournaments I’ve played in, but I think I was in at least two minors and now in a major (the StarLadder Minor in Kiev, the Bucharest Minor, and MDL Disneyland® Paris Major — WePlay!). So, I think, I’ve reached that goal.

And obviously, the ultimate goal of every Dota 2 player is going to TI. That’s what I want to do next.

What does participation in Tug of War: Dire mean for you and your team?

We missed the last Major/Minor event of the season so, hopefully, we can get to a LAN as a team before TI, and WePlay! gives us a perfect opportunity to do just that.

We need to win this online tournament to secure a spot at the LAN (Tug of War: Mad Moon — WePlay!).

Is there a team you want or don’t want to play against in this event?

I think we have a good bracket, and everyone here is beatable. I would especially like to play against J.Storm. We play against them a lot, and J.Storm is usually the better enemy.

Would you say that beastcoast and J.Storm are the favorites to win this tournament?

When you scrim with other teams, do you focus more on individual skill or team play these days?

Usually, it’s the team play. Individual skill is something people take care of themselves. You don’t come as a group and talk about your own skill. You do it in your own time. When we are all five watching a replay, it’s definitely the latter.

Do you watch all the replays, or just the interesting games, or the games you have lost?

We usually watch almost every replay of our scrims.

As a rule, we take a small break and then watch the games.

Have you got accustomed to the new Aghanim's Scepter patch?

Do you think you will bring something new to the table that was made possible by the patch?

Yeah, I think so.

Are there heroes that you miss in the current meta? Anyone you would like to come back?

I miss Queen of Pain and Windranger. Those heroes are still picked sometimes, but really not that much. I’d like to play those 2 if possible.

I don’t like push strategies because they have so many requirements. You might not immediately win if they do work and you will immediately lose if they don’t work.

What do you think about the aggressive trilanes?

I think every meta has a place for trilane. I don’t look into it too much because I play mid, but I think people will always find a way to use this strategy.

Is there anyone you want to shout-out?

Shout-outs to beastcoast and our sponsors – Corsair & Intervent.

Thank you very much for your time and good luck at the tournament!

Where you can find Ryoya