The offlaner of Neon Esports shared his perspective on the tournament and the current meta.

We had an opportunity to chat with Rafael "Rapy" Sicat Palo from team Neon Esports that recently made it past the first stage of WePlay! Tug of War: Dire. 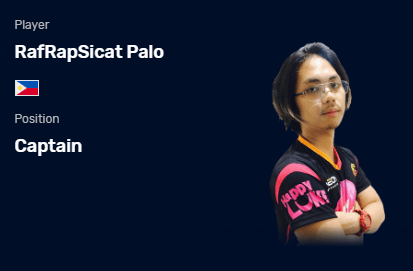 When you scrim, do you focus more on individual skill or team coordination?

It’s a balancing act. Sometimes you find yourself playing your own game, and sometimes you cooperate with others.

Do you feel that you play your own game more often because you’re an offlaner?

It also depends. Sometimes you need to make a play which involves other players, but from time to time, other players need space, and not being around is the best course of action.

What does Tug of War: Dire mean to your team, and what goals do you have for it?

We are going just to play our game and show what we have.

This tournament has the top teams in Southeast Asia and playing with these guys gives us a big opportunity. We’ve recently brought back our old player, Flysolo, who is our old captain. We work a lot more on our game again, and we want to compete against the top teams in the region.

Are there teams you are looking forward to playing against?

I want to play Geek Fam, also, especially Fnatic, they are the top ones. They will put our lineups to the toughest test.

What do you think about The International being held in China this year? Should Valve move TI location each year?

I agree that TI should be in different places each year because it’s a different experience every time. Players and viewers get to witness different cultures and different places. There’s no sense in sitting in one country or one region.

Do you think you’ll come to TI this year even if you don’t qualify?

I don’t think so. I’ll spend the time focusing on my play and raising my MMR :).

I love the attitude! Better come to TI as a player next year.

Are there some interesting things that you like to do as a team? Maybe go to a concert or a sports competition?

Most of the time, we are practising together.

Most of the time, we are practising together. Occasionally, we watch a movie or get out for dinner. But playing Dota 2 takes up most of the time we spend together.

Let’s talk about Dota 2 then!

Are there heroes that you’re missing in the current meta?

For me, it’s Axe and Slardar. They can be very underrated, but sometimes they are also legitimately bad. Hopefully, they will make a comeback in the meta.

Can you suggest some changes that would bring them back in? Are there specific problems that need to be addressed?

In this meta, offlaner needs to be able to push. It’s perfect for heroes like Dark Seer and Sand King, but Axe and especially Slardar aren’t as good in that regard.

Please, Name five heroes that are the worst in the current competitive meta.

For me, it’s Alchemist, Chen, Treant Protector, Axe and Undying.

What do you think about the aggressive trilanes in the current meta?

I think the trilane is viable, but it’s better to put more emphasis on the offlane, than simply shoving all you have in the safe lane. It can really mess up the tempo of the game.

Why do you think the push strategies have fallen out of the spotlight lately?

And if those heroes were nerfed, the push strategies could come back?

Yes, I think so — teams like OG love to run with the push strategies.

Can you suggest some specific nerfs?

I think all Ember Spirit’s skills are OP. At least, his third skill and the Ulti should be tweaked. The hero can move so fast.

Maybe, the developers could slow down the Remnants and increase the manacost of Sleight of Fist.

Thank you very much for your time, and I wish you good luck in the tournament!

Where you can find Ryoya