Now is the best time to try your hand at Rainbow Six Siege. Ubisoft does its best to improve the game, and compared to what we had at launch, today Siege is a complete and balanced esports product. It is not that popular in the world in spite of the potential, and that's why you can catch the moment when the hype has not yet surged but is about to come.

Rainbow Six Siege is a new generation tactical shooter characterized by the fact that each Operator (playable character) in the game has unique abilities. The game also has a huge pool of weapons (which, however, is tied to Operator or countries) and gadgets, a destructible map and, accordingly, vertical gameplay (between floors) with peeking and the ability to lie down, different modes (hostage rescue, point capture and defusing the plant) and in-game events (like the recent Wild West and last year's alien virus). The life of the R6S is divided into years and seasons, four per year.

It's Rainbow Six Siege Year Four at the moment, and its third season called Ember Rise just around the corner. We're expecting two new Operators, global changes on one of the maps and a game-changing innovation: Rainbow Six Siege Battle Pass. This all is very interesting and we've reviewed the update right here, but first, you need to learn the game itself. So, let's get started!

The best way to learn how to play Siege is to buy it with your friends so that you have at least a squad of two or three. Ubisoft offers several editions of the game, and they differ only in the starting set of Operators. We recommend purchasing Deluxe Edition, since 4th-year Operators are not as popular and playable, and Ultimate Edition is way too expensive. Operators themselves can be purchased for in-game currency and this is more of an advantage than a disadvantage: such a system allows you to learn to play on standard characters that are always in meta and always useful (except for Glaz). 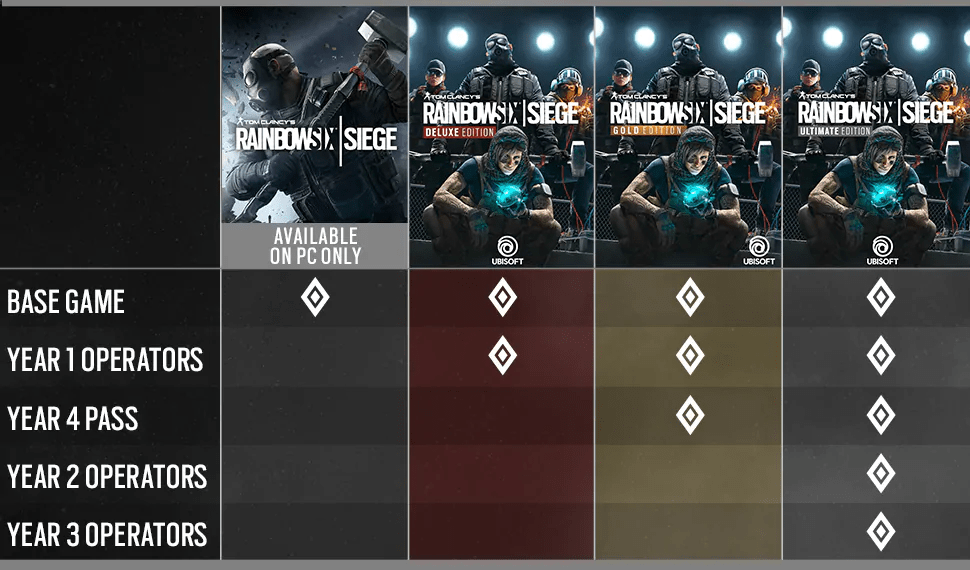 There are two types of currency inside Siege: tokens (Renown) and R6S Credits. You get the first for participating in matches and completing tasks while Credits could only be purchased with real money. You can spend Renown on most skins, loot boxes, and Operators; Credits are for rare skins, boosters, and... everything.

There's no point in throwing money into the monitor because the abundance of characters will only complicate the game and there are only two or three good elite skins — too few. The only thing worth spending money on — if you really want to — is boosters. It is especially beneficial to have them in a team with partners, as the bonuses from using several boosters at once are combining and you'll notice the profits.

Also, surely, the game has loot packs (Alpha Packs) with skins for weapons and Operators. The chance of receiving a pack is shown in the main menu on the left under the game search button, but the packs drop only after winning a match. One Alpha Pack costs five thousand Renown.

There's only one elite skin worth acquiring. Source: AimXeZ

Moreover, you can open the UPlay Overlay (Shift + F2) every week to receive tasks: complete them and earn Renown and XP. These quests include the usual multiplayer missions like playing ten rounds with Spetsnaz or killing eight enemies with a shotgun. There are also special tasks that are dedicated to international holidays or Operators' birthdays (say hello to R6S game lore!), which grant you unique weapon skins or chibis.

First, you need to watch the tutorial videos. You'll get additional precious knowledge (and 200 Renown points for each). Basic information about the game will only help you to get settled. Then, you need to play Situations — a series of single matches with specific tasks against bots with micro-quests. The better you play here,  the more Renown you will receive. Ah, well yes, and your skill, along with understanding the game, will increase. There are eleven Situation episodes, performing all at an average level of difficulty and watching all the videos guarantees a good increase in tokens to purchase Operators.

At this stage, you should accustom yourself to peeking: this is the main feature of the game, in fact. Peeking allows you to be invisible at the same time and keep corners/heads on the sight. Remember: you get lots of butthurt in matches when you won't notice the opponent killing you by peeking from around the corner.

Having mastered Situations, you can also go to Terrorist Hunt. This is pure PvE content where five players shoot bots. You can learn chemistry between characters here, test the abilities, try team play and understand the basics of combinations in Siege. Of course, if you are confident enough, you can safely skip Terrorist Hunt.

Siege is a game about Operators. Ubisoft did a great job even with their stories and narrative chemistry. So, for example, Finka is Kapkan's apprentice, Ela and Zofia are sisters while and Ash and Termite together cleared the town from an alien virus. Let's figure out, which are the best Operators to start playing Rainbow Six Siege.

Do not buy Castle! His skill is very useless, if not applied in a combinational play because the "curtains" can be broken easily.

Attachments and gadgets are also important. In order not to waste time, we'll just underline the most useful ones, and you will choose them according to your playstyle.

In Siege, you can pull out a check and wait for the grenade to explode in your hand. Well, or toss it. At your discretion. The game engine allows you to dodge grenades! Shot or hit with a butt if it has rolled to your face. 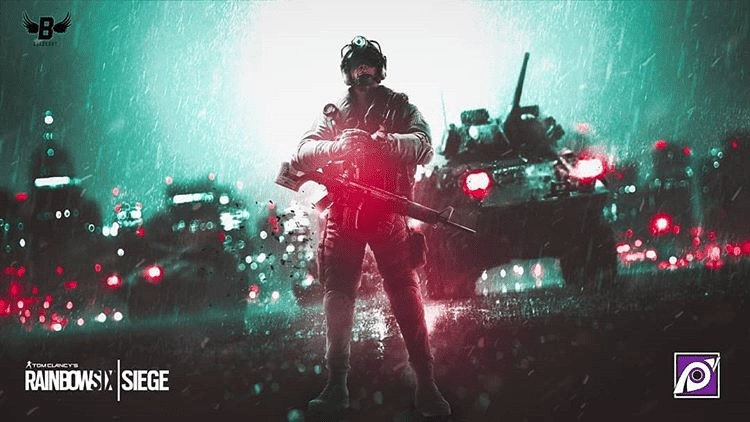 Weapons can and should be customized. In addition to sights, you can also put butts and barrel modifications. Here's the advice: for each weapon, most likely, there will be a special combination of attachments. Therefore, over time, you will understand where ACOG is more convenient for you, and where the standard front sight would fit; if a suppressor is useful or if it is better not to put it on at all. You can customize weapons right during the match.

At first, it may seem that this is a rather useless thing, which also reveals your position. But, for the operatives who are heard for a kilometer – the shielders and Rook — it is not that necessary. The laser reduces recoil, so it's a rather useful attachment for a UZI or a shotgun.

Did you set everything up? Now you are ready to play.

There is no need to talk much about the mechanics of the game. In Rainbow Six Siege, it's important only to understand the main tips and remember the maps. All the other stuff comes with hours and hours of play. Moreover, there is a special mode, which is played by beginners. It is available up to level 30.

The match begins with a character selection. Then, the preparation phase. Defenders reinforce walls, doors and windows, set traps and place the gadgets. NВ! Do not reinforce the walls between charges! It will be more difficult for you to get from point A to point B in a critical situation. On the contrary, if several walls separate charges — break them with grenades or shotguns for a better view. Meanwhile, attackers, with the help of drones, look for the target, then put the drones in good positions, using them as cameras. 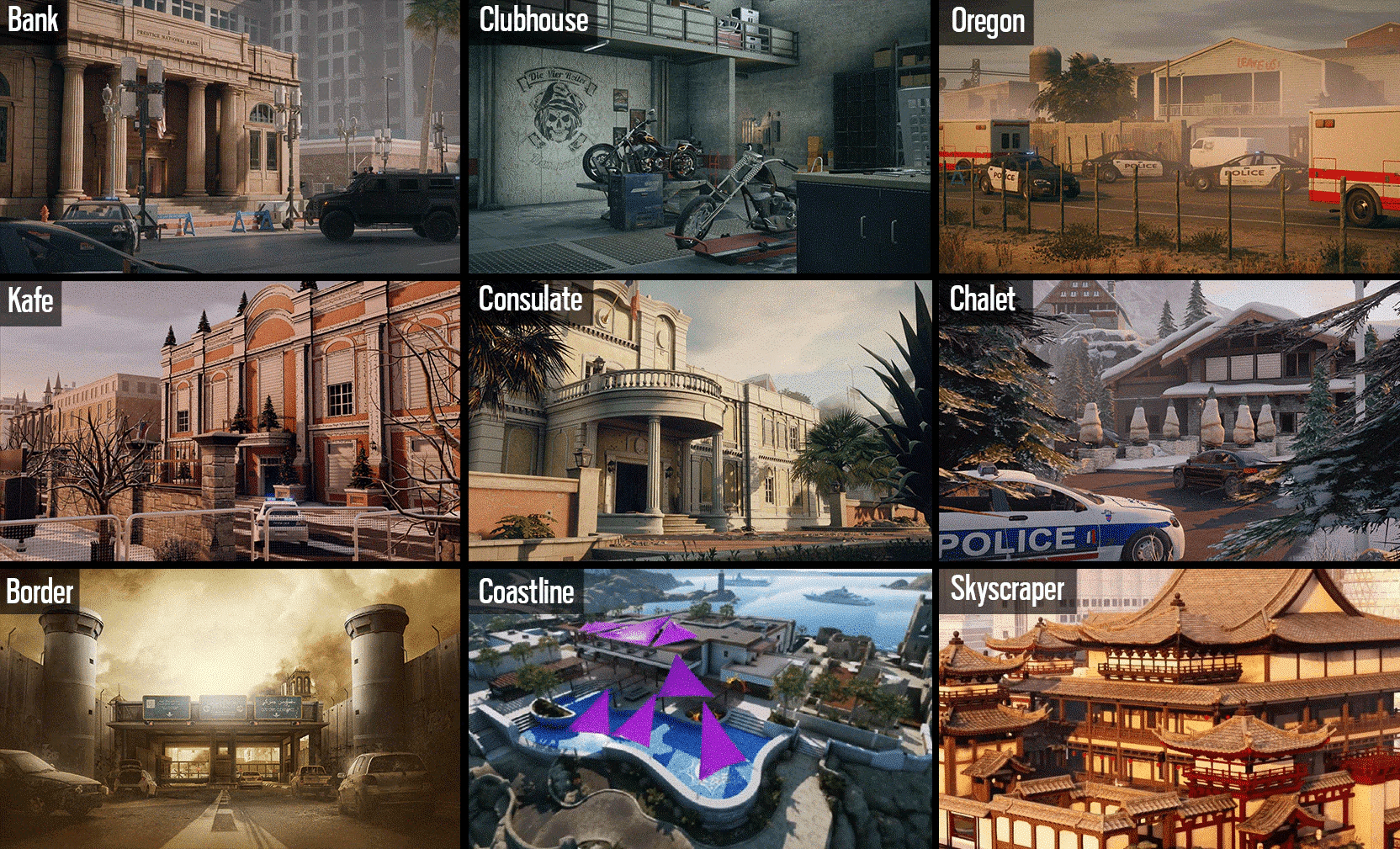 Map knowledge is the key to victory. But it comes only with time.

That's all, dear friend! But there will be another part of the guide. We will take a closer look at maps mechanics, ranking system, strong and weak operatives, and also talk about the game's lore and official tournaments.