Toxicity in online video games has been an issue for a long time, but some games have it worse than others. Rainbow Six Siege is one such game, with its lack of a robust reporting system adding to the problem.

Ubisoft has now made improved efforts to combat this problem by releasing a number of reporting options on the Technical Test Server where players are currently trying out elements of Operation Ember Rise. The old single reporting button has now been replaced with options to specifically report abuse (verbal and text), cheating, hacking and negative attitude. 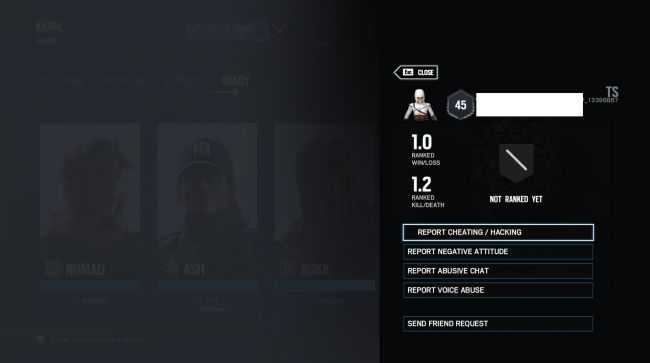 The last one is a bit confusing, most likely due to the wording but it would seem that players can now report others that aren't taking the match seriously. Just thinking about it brings up ways in which toxic players could abuse this which is definitely not its intended purpose. Why it's a problem is because it might not be so easy to prove that said player does or doesn't have a negative attitude.

The Test Server was made to put potential additions to the game through trials by users, so how reporting negative attitude is used will soon be seen. Ubisoft hasn't added a definition for "negative attitude" in its TOS yet, but that could also be on the way.

Fans on Reddit are already making fun of the confusing button, but or now, relish the fact that more is being done to combat toxicity in Rainbow Six Siege.