In the beginning, there was a desert. And Bethesda Softworks appeared, and looked around, then at Fallouts, and muttered, "Screw it".

The first Rage was ... Well, it was not good enough. A boring RPG-shooter in a grey-brown world. It was about the year 2029 after an asteroid fell to Earth. Humanity discovered it and had some time to react. While the space stone was reaching the planet, people built bunkers, got into them and waited for what would happen after the end of the world. You woke up in one of these bunkers (in its ruins) and found out that now there are unfriendly mutants around.

However, people lived too, and they also help you to survive. But you need to drive through the map, clear/capture roadblocks and doing other stuff. This is 67% of the game. Once you get tired, play more and more, and then the developers remember that the activities should come to an end. It turns out that there is a government that is hunting for survivors in arks — don't ask, that's just the way it is. And there, of course, are rebels. They recruit you and attack the government's base (actually, you do it all alone). The arks open, people are saved, the end.

The sequel starts 30 years after the first part. You start somewhere in the 2160s. The hero (female or male — it does not matter, because the very possibility of choice does not affect anything) lives at the Rangers' base in the Wasteland. Something breaks through the walls, C̰͈̦̩̪̜͜Y͍̰͜B̹͙͇̤̦́E͔̦̱͙̠͡R̦͡thing rushes in and kills almost the entire garrison. Great, now we have the motivation to take revenge.

The action has just begun, and we are already at the finish line. Grab your armour, status "Last Ranger" achieved — prepare to take revenge according to the "secret Dagger plan." 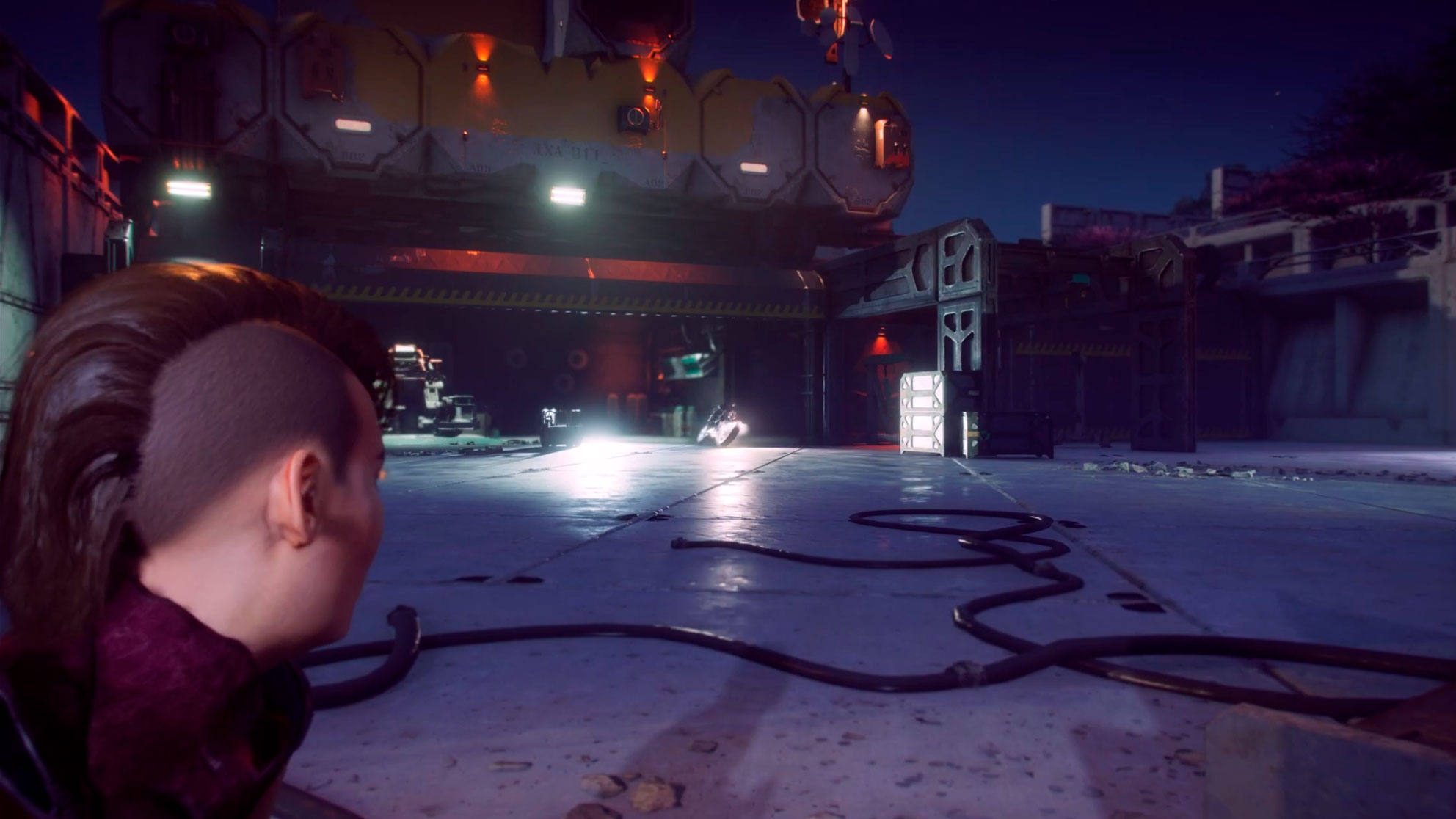 Well, the game's plot was down the developers' priorities list. Don't be afraid of any spoilers, because there are like eight main story missions, and they are wooden, predictable and cliched.

We already knew almost everything about the game before its release: marketing department regularly supplied the Internet with trailers, gameplay footage, weapons specs, vehicles, opponents, skills and abilities. Strange feeling: there is no sense of novelty and self-discovery, only a deja vu, especially if you've seen all trailers and start playing on the release day. Still, it was quite clear that Rage 2 is not about the story but sensations, impact and instant pleasure.

You need to find three supporters and raise your reputation with each one to the required level (+ RESPECT) to advance through the main quest. Doesn't this remind you of Far Cry 5? Or Mafia 3? Yep. Is it important? Nope (the paragraph above). 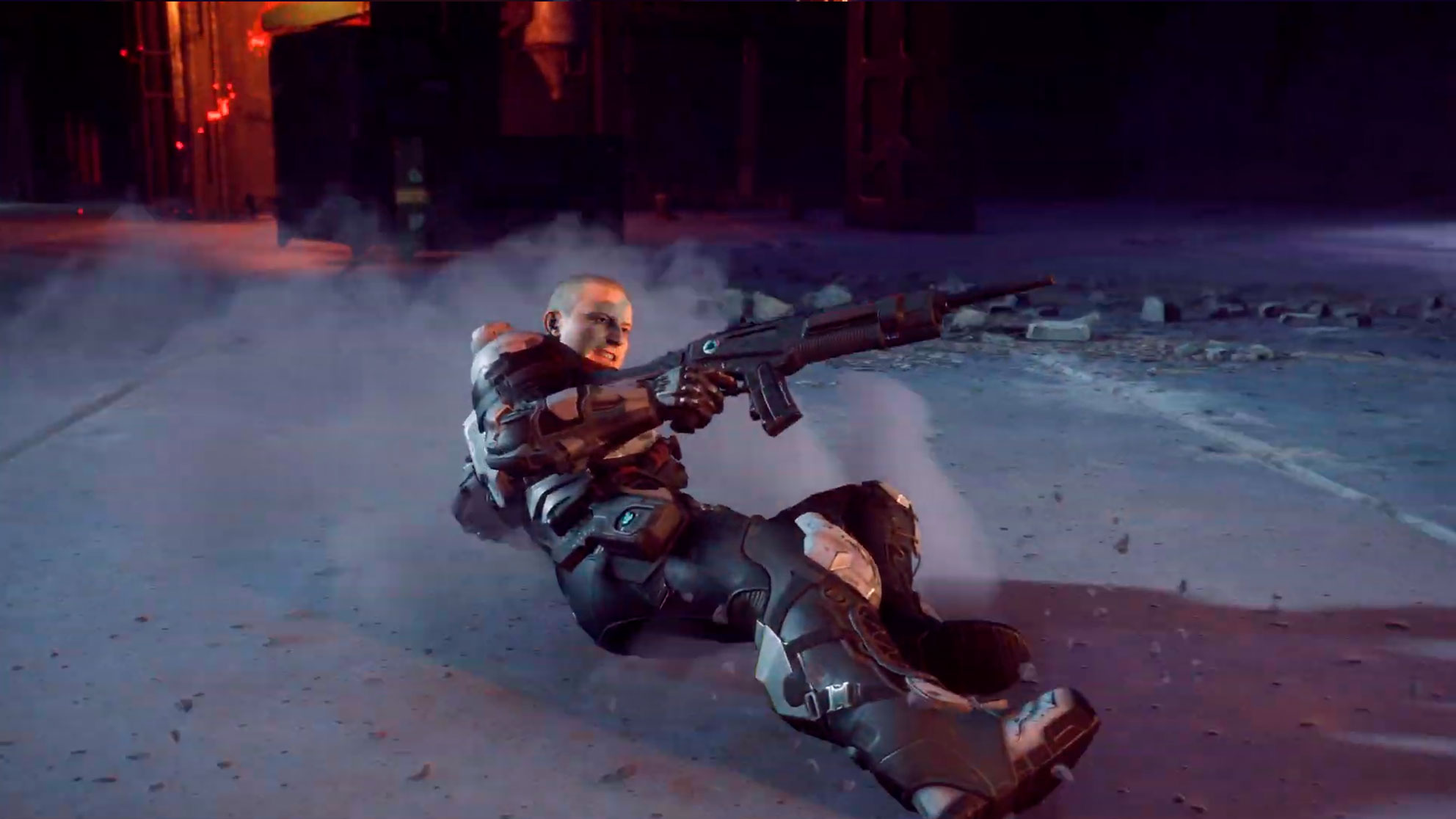 Enough boring stuff, now we can safely talk about how the Rage 2 feels. Many of our colleagues believe that the gameplay is that the creators, Avalanche, did best. We are more cautious. Playing Rage 2 is fun until the moment you make fun yourself. That is you can run through most of the story without using your skills and then grumble: "Why do they praise the gameplay?". Indeed, many opponents are forcing you to change of position; against some, constant movement is a panacea, but nothing prohibits lowering the difficulty and shooting backs from a safe distance.

But why do this?

If you want to visit a shooting gallery, launch Call of Duty. Black Ops and Modern Warfare titles do an excellent job with the simulation of passive target shooting. Rage 2 is more about dynamic actions. And no wonders — Avalanche people got help from id Software, the creators of DOOM (2016). So going forward, changing position, using different skills is really nice. Audio is on top. Shots, hits, shooting down armour and helmets, headshots, applying skills — everything works so that the player is as happy as possible with his actions. 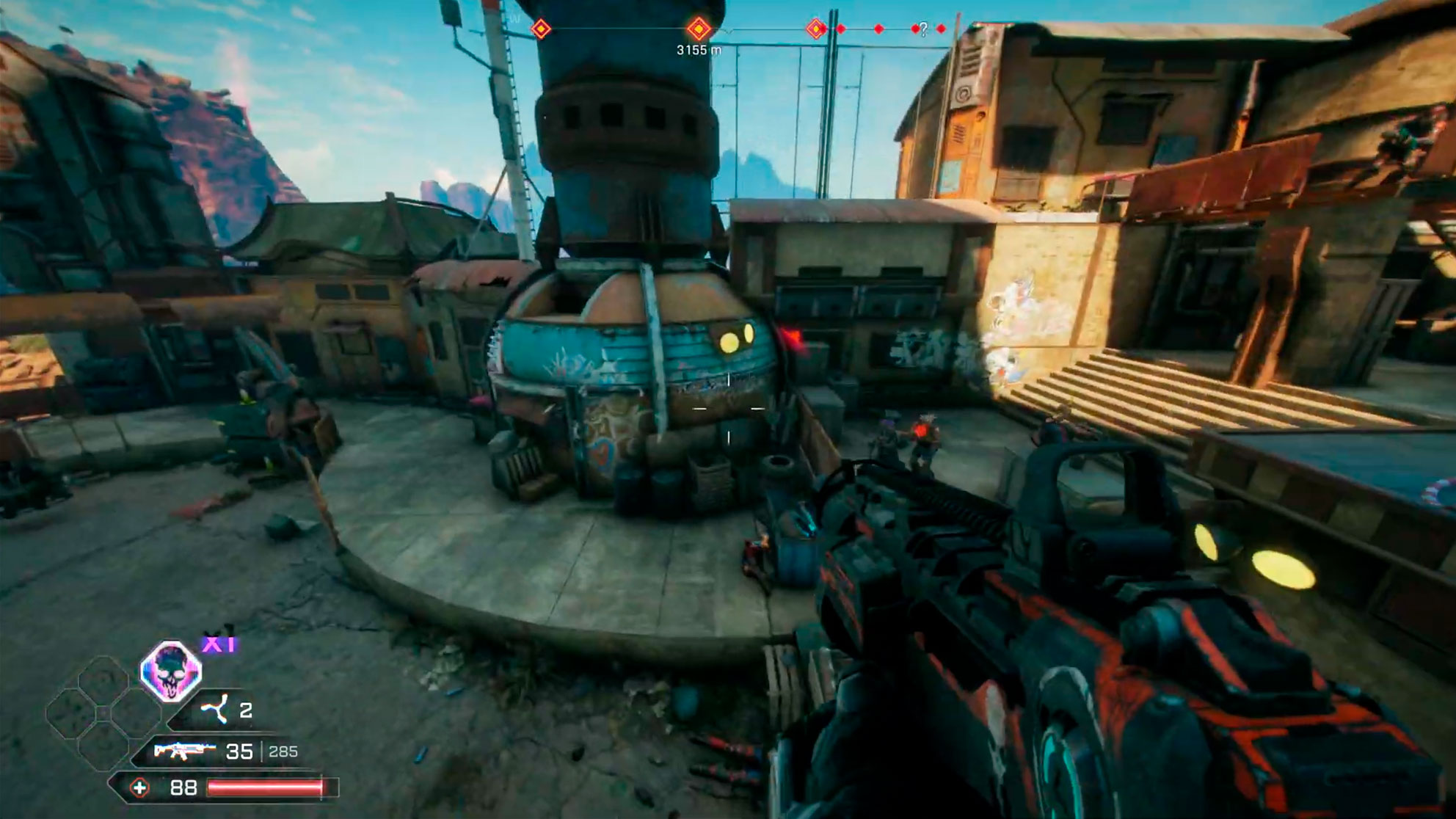 The visual part is a bit harder to appreciate. The trailers were filled with acid footage and oversaturated colours. It looked excruciating: the gameplay and the visual part hurt your eyes if watching it for more than 10 minutes. But once Rage 2 was released, it turned out that everything is okay. However, overdrive (that's what it's called) is a temporary thing so it will not bother too often.

Another thing that can hurt you is glitching.

The trick is how to use this tool. On the one hand, glitch effects (broken pixels, text and images) perfectly conveys futurism and general lightness, on the other, it looks roughly and carelessly. Take a look at Cyberpunk 2077 logo to understand how it should work. But why Cyberpunk, just recall Far Cry 3: Blood Dragon. 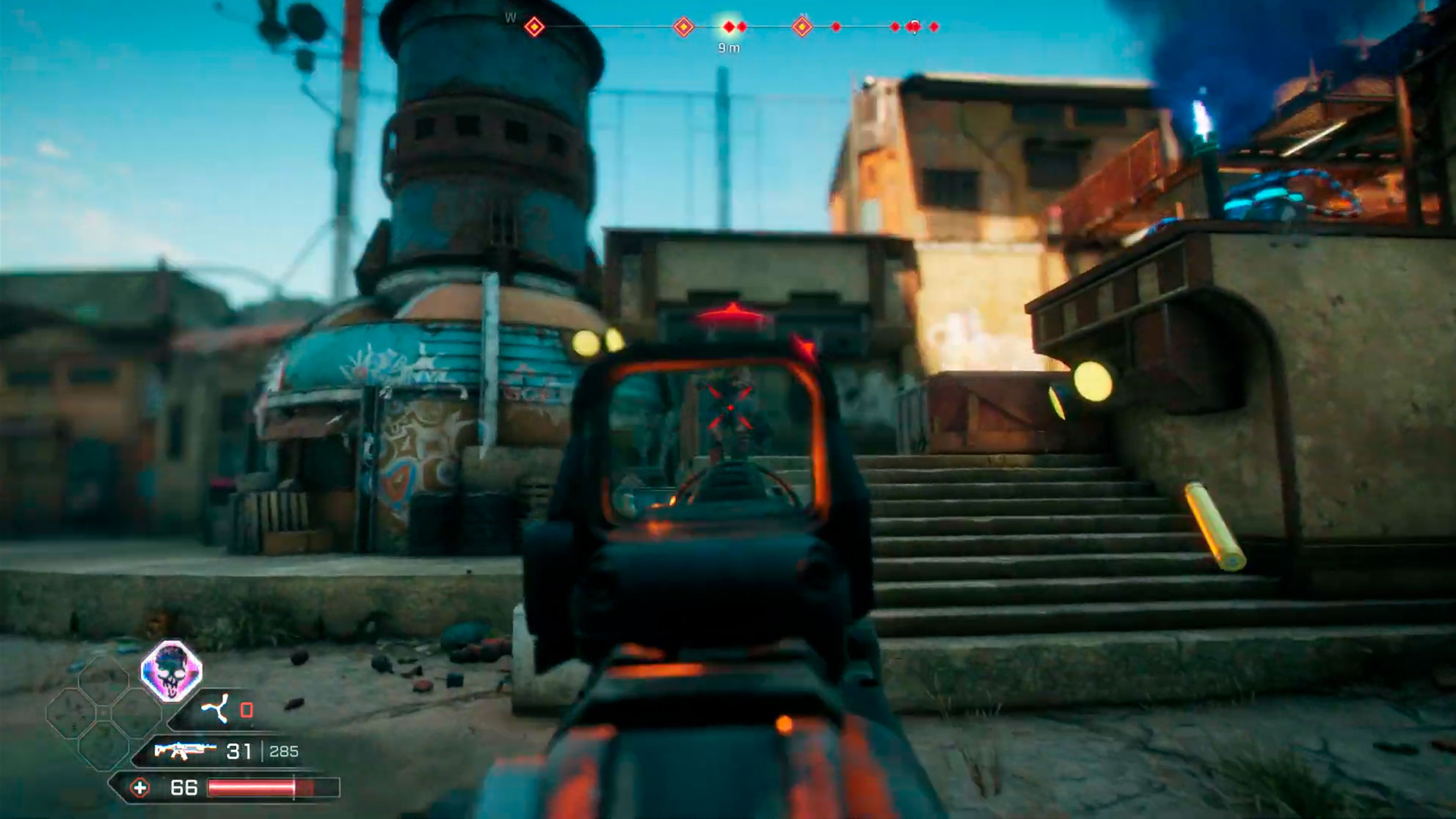 It is complicated to put together an opinion on a project that was made from several other ones. We've seen such rating mechanics (and not only them) in Far Cry 5, shooting and sounds come from DOOM, acid colours and visual part reminds of Far Cry 3: Blood Dragon. All is blended into one big mixture... And then it depends on the player. If you want the game to entertain, it won't. Just won't. You need to entertain yourself. Will I be able to scatter those thugs melee attacks and overdrive? I wonder what will happen if I crush into the convoy and try to take away their resources? All the fun is built on user's decisions. Yes, Rage 2 pushes you to act aggressively, generously rewards such attempts to get closer and use all the arsenal to defeat enemies. Yes, if a person in front of the screen will do so, one will be pleased. The only question is, will you be such a person?

Rage 2 is a shooter of its best, made for those who want to shoot, not really thinking about why and how it will advance the plot. Rage 2 can be called the unannounced DOOM 2016 spin-off.