Rainbow Six Siege Raleigh Major 2019 second day is over and we've got ourselves the first playoffs quarter-finalists! Today, we will know which teams are joining them on the path to $200,000 for taking the first place. And of course, some teams have been relegated from the Major. Let's jump right into the results.

Well, Day Two wasn't really about comebacks or close fights as all the winning teams had their victories dry.

Bank and Club House maps, Rogue were better, the Japanese team got eliminated.

This match was tense enough, with NiP almost made a comeback at Club House turning the game into extra rounds, but Giants were more solid in the end. The second map was about Giants making a comeback, as NiP started well. After all, Ninjas got relegated from the tournament.

Kafe and Club House went well for Spacestation Gaming, so EG will have to clash with Giants for a ticket to playoffs.

The Russian underdog is winning again, taking Kafe with no worries, but had a fistful fight on the second map: comeback to win 8-7 at Club House.

Team Empire can make it to the final, as only G2 Esports can stop them. The Brazilians could do much at Bank and Club House, losing both maps 7-2.

It was a decent start of the game because both teams had a very good fight at Bank and in the end, FaZe Clan appeared to be stronger there. But on the second map, Fnatic looked like they have forgotten how to play:  7-2 at Club House, FaZe have a chance to make it to the playoffs now.

Team SoloMid and NORA-Rengo had a decent battle at the end of the day. 7-4 at Bank and 7-5 at Kafe; we are waving goodbye to Japanese. 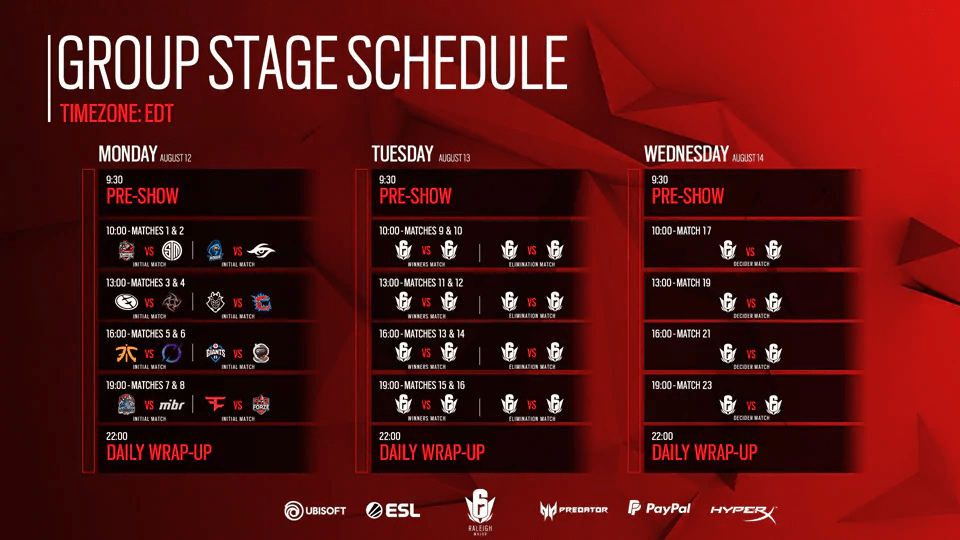 The International 2019 Compendium Predictions — let's win together!
Aug 14 2019 4 min read
Riot might have leaked the next League of Legends Champion
Aug 14 2019 3 min read