For the past twenty years, the competitive scene of StarCraft has been dominated by Korean professionals, whose superiority is largely attributed to a nationwide interest in the phenomenon of esports. The emergence of the PC Bang culture in the late ‘90s in South Korea, followed by the launch of various video game-oriented television channels and professional gaming teams worked hand in glove with the ruling party’s plan to provide widespread broadband internet connection to the nation. The political authorities, using the growing popularity of gaming as a way of appealing to a wider audience, endorsed the creation of official government bodies (such as Korea Game Development and Promotion Institute, Korea eSports Association, or certain departments of Korea Creative Content Agency) responsible for the spread of gaming and esports within the Republic of Korea. To say Koreans had a leg up on the rest of the competition is an understatement.

Korean dominance in Brood War started to show in mid-1999, around the time of the first international LAN tournaments that took place in Seoul. Though certain members of the foreign community would travel to compete, only a select few ever managed to have an impact on the Korean scene of StarCraft. Most notable of them has to be Canadian Guillaume ‘Grrr…’ Patry, who to this day remains the sole Foreigner ever to win a StarLeague class tournament, having emerged victorious in the 2000 Hanaro Tooniverse StarLeague. The Korean grip on the scene of Brood War has been a tangible force for two decades now.

However, things seem to be moving in a different direction as far as StarCraft II is concerned. Although the landscape of competitive SC2 resembled that of SC1 for years, the skill gap between Foreigners and Koreans might be closing. And it might very well be the result of the region lock that was put in place by Blizzard back at the start of the 2016 season, splitting the competition in twain to guarantee a more even spread of talent (and prize money at that). It might not have been the deciding factor, although it certainly played a major role in the process.

Korean dominance was properly challenged for the first time in October 2016, when American Protoss Alex ‘Neeb’ Sunderhaft went through a star-studded bracket to place first in the 2016 KeSPA Cup. The Korean scene was undergoing a massive shift, with the KeSPA-run StarCraft Proleague still reeling from the match-fixing scandal of 2015. The relevance of Neeb’s victory still became the subject of criticism, the argument being that the KeSPA Cup was a weekend tournament - a format usually not employed in StarLeague class tournaments in South Korea - which gave the foreign competitors a head start. Nonetheless, Alex Sunderhaft became the first non-Korean player ever to win a premier StarCraft II tournament on Korean soil.

The second time a Foreigner reigned supreme in an SC2 competition held in South Korea was at IEM Pyeongchang, in a tournament leading up to the winter olympics. Sasha ‘Scarlett’ Hostyn raised the trophy after taking down Kim ‘sOs’ Yoo Jin in a relatively one-sided 4:1 series. Granted, the tournament featured all but two Korean players. And although both Neeb and Scarlett managed to (at least temporarily) dethrone their Korean adversaries on their home turf, their achievements were not sufficiently worthwhile to question the superiority of Koreans in StarCraft II. And that brings us to Joona ‘Serral’ Sotala’s recent Global Finals victory at BlizzCon.

Serral has been competing in StarCraft II since 2012. Keeping a low profile for the majority of his career, the Finnish player established himself as the undisputed champion of the foreign scene, having taken four out of four WCS 2018 trophies home, leaving the rest of the Foreigners fighting for scraps in the process. None of the Koreans managed to hold a candle to Serral’s brilliance at the GSL vs. the World tournament in August, where the Finn joined the club of Foreigners who reigned supreme in a premier tournament on the Korean Peninsula. Serral’s status as the best player in the world was still a point of contention, as the general consensus was that Cho ‘Maru’ Seong Ju, who mirrored the Finn’s dominance on the Korean circuit, taking all three GSL tournaments of the 2018 season, was indeed the best player in the world.

The storyline leading up to BlizzCon revolved around the potential for a Maru vs. Serral match somewhere towards the end of the tournament. Historically, Koreans claimed all the StarCraft championship titles in BlizzCon competitions, going back all the way to the year 2005 and the World Invitational of 2012, which took place despite Blizzard not hosting BlizzCon that particular year. And for the first time ever there was talk of a Foreigner snatching the mantle of World Champion away from the Korean representatives.

It came as a surprise that Maru, considered the best player on the planet, likely the only person skilled enough to take down Serral, dropped out of the tournament in the Round of 8 after a rather disappointing loss to his teammate Kim ‘sOs’ Yoo Jin. Suddenly Serral’s chances of taking the trophy became even more pronounced, with the Korean favourite out of the running. Joona Sotala ended up facing Kim ‘Stats’ Dae Yeob in the grand final, a rematch from the GSL vs. the World 2018 tournament. The Finn emerged victorious yet again, becoming the first foreign undisputed World Champion in StarCraft II. 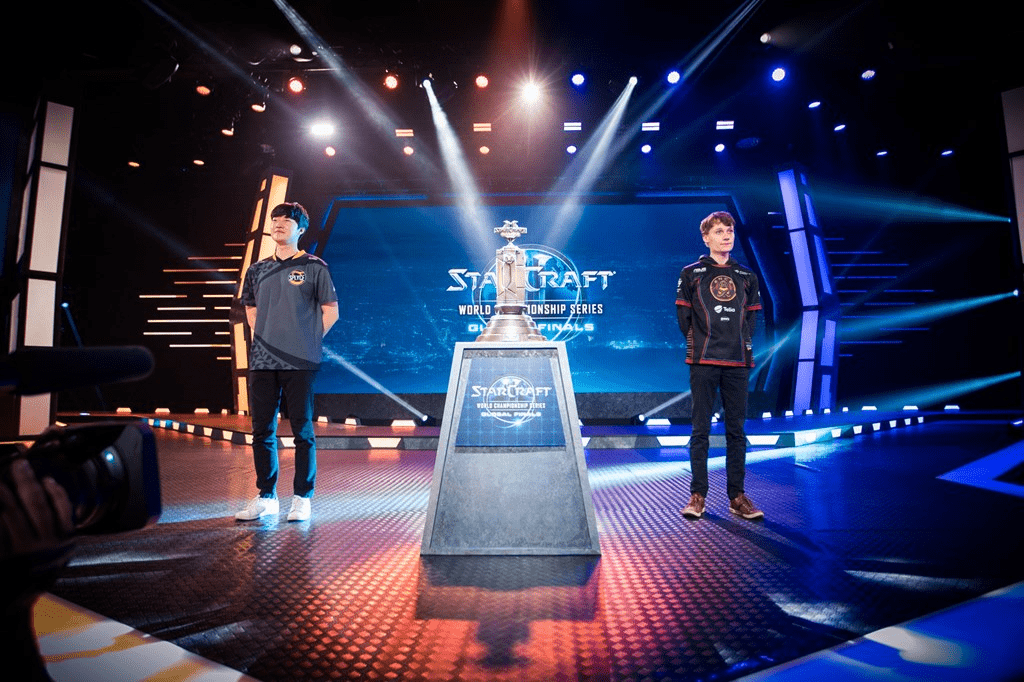 There’s been a lot of talk about the skill gap between Foreigners and Koreans closing. With the closure of all KeSPA-owned teams (save for Jin Air Green Wings) in late 2016, the landscape of professional StarCraft in South Korea changed drastically. Korean players were no longer subject to draconic training regimina, being pushed to their very limits to hone their craft and maintain their superiority in the world of esports. The idea of gaming houses virtually disappeared overnight. The discontinuation of StarCraft Proleague left most B-teamers with no choice but to throw in the towel, as the top-heavy prize distribution in Korean tournaments meant only the cream of the crop could continue to make ends meet through gaming. And, of course, the region lock ruled out the possibility of Koreans competing in premier foreign events. The list goes on and on.

The question on everyone’s lips now is whether region-locking the competition is a healthy approach to the format of professional StarCraft II. Though Serral’s win does not prove the gap has closed, as the rest of the foreign scene still lag behind their Korean peers, it certainly puts things into perspective. Blizzard have not yet revealed their plans for the upcoming season of the World Championship Series, and with 2019 just around the corner, they had better hurry up. It seems adjustments catering to the needs of the Korean scene are necessary. If things stay as they are, however, I wouldn’t be surprised to see a large chunk of the Korean pros retiring.