The game's reworked Chinese version is largely responsible for its massive growth. Being one of two PUBG Mobile games made for the Asian market, it was designed to play much similarly to the original. Formerly called Exhilarating Battlefield, its re-release helped grow the game's revenue from $25 million in August 2018 to over $160 million in August 2019. That amounts to an increase of about 540%. 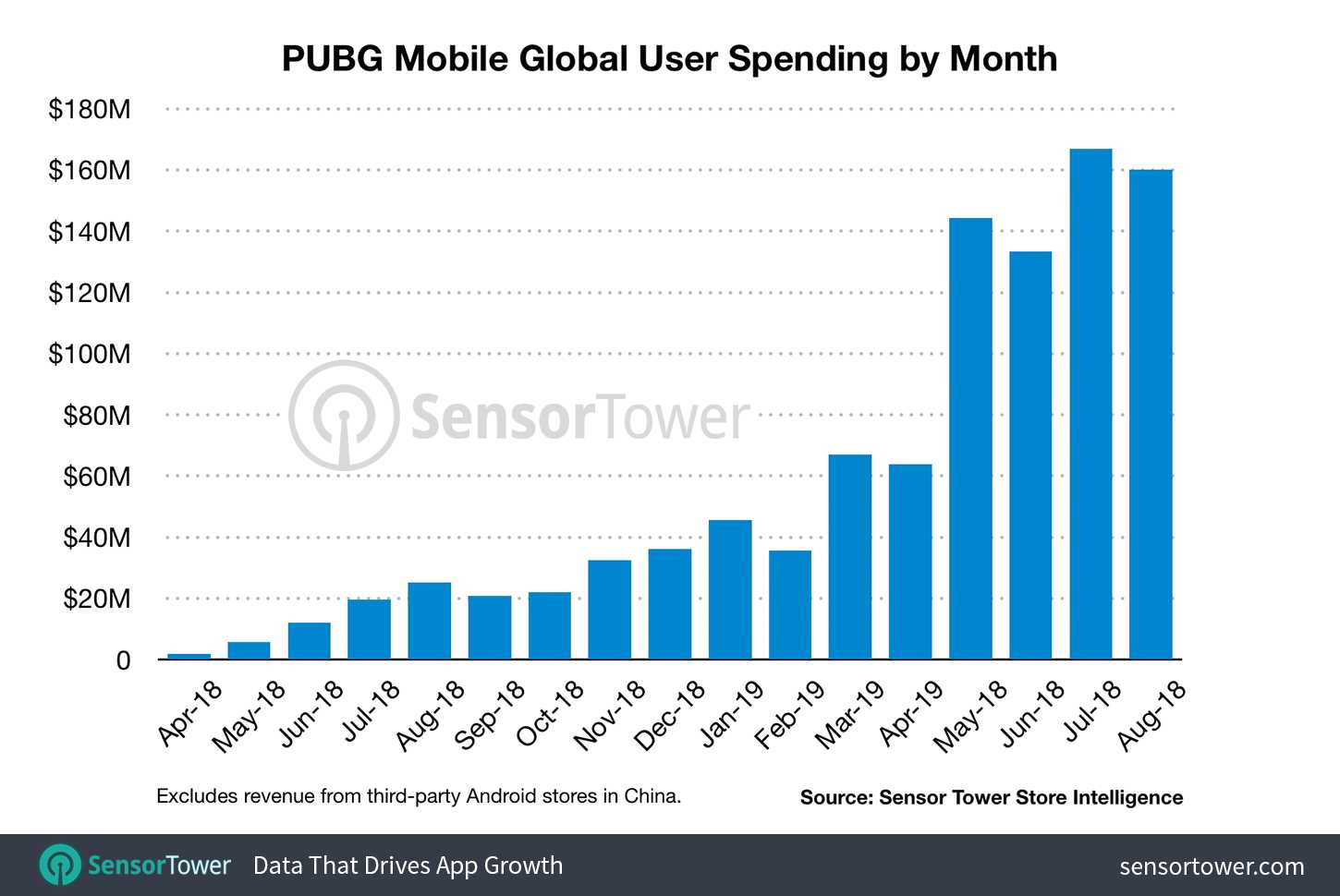 However, even with the exclusion of the Chinese market, PUBG Mobile still doubles its revenue from last year August. Excluding China, the game made $63 million which represents a 152% increase from last year.

Epic Games' Fortnite is the sensational battle royale hit that far exceeded PUBG in revenue shortly after release. However, the iOS version has declined in revenue by 36% while PUBG Mobile has seen a 165% increase. Last month both games made around $25 million but if we include China, then PUBG Mobile exceeds it by 3.7 times. However, since Fortnite is yet to release in China, that would be an unfair comparison.

Over on Android, PUBG Mobile also dominates the battle royale genre based on generated revenue. More growth is expected in the foreseeable future as Tencent's partnership with Twitch will offer players with Twitch Prime subscriptions, in-game rewards. The game currently has an installation base of 400 million, with 45 million coming from last month and 21 million from July. At this rate, PUBG Mobile could easily double its first-time installations from last month in the near future, as its growth doesn't seem to be slowing down.