Have you ever been bored at a party? Yeah, that kind of party, when someone is looking at his/her phone, other two are secretly chatting in a dark corner, and you're that guy or girl who's trying to make up some fun? Forget about it. If you have PS4 and couple of gamepads (some games even don't need them) - you'll be the best man with the best 20 PS4 party games for every company or situation. Read it, remember it and you'll never be alone in a group.

For your convenience, we divided all games into five categories. And you can click at any price to see the game in PSN Store.

This category is suitable for every kind of party, even among new people - it helps to get to know each other better. Interesting questions, funny quests and a couple of puzzles will light up your evening.

Keep Talking and Nobody Explodes

You're the one who has to defuse a bomb. Your friends have the keys and instructions. But they can't see the bomb itself, so you have to cooperate and talk with each other. Your friends will give you a clue - try not to fail.

This game doesn't keep you on your toes, because the questions here are common: politics, movies, sports, celebrity. At the same time, you want to win, to answer the fastest, and what is essential - correctly. Funny design, a little humour and bonuses, allowing you to frame your friends so that they respond more slowly. Be the first while your buddy erases ice or dirt from the screen of his smartphone.

How well do you know each other? Or are there any skeletons in your closets? More than 1000 different questions will help figure everything out. This game will definitely entertain any kind of party.

Five in one bundle:

Feel yourself a child

This category will make you feel like a child - fantasy worlds, cartoon design, but not a child spirit to win.

There are many locations with crazy level design: watery, airy, fiery. Rayman's adventures in various worlds, among monsters and vice versa - friendly creatures, will bring pleasure to companies that love 2D platformers. Players can also play as the Teensies and princesses by rescuing the main characters - Rayman and Globox.

The point of the game is the same as Rayman Legends, but the mechanics are slightly different. A variety of locations and cartoon design also pleases, and there is a change in camera position: not only the standard “look from the side”, but also from above, with a change of angle. You not only have to run and jump, but also to go in weightlessness and participate in races. Moreover, you have a choice from several main heroes.

Good old Tetris in the company of friends. Fun is provided to you, because you'll have to build the strongest tower, and also prevent "kind" friends to disturb your tower from becoming the tallest and strongest. Numerous troubles will literally fall on you and your friends from heaven. 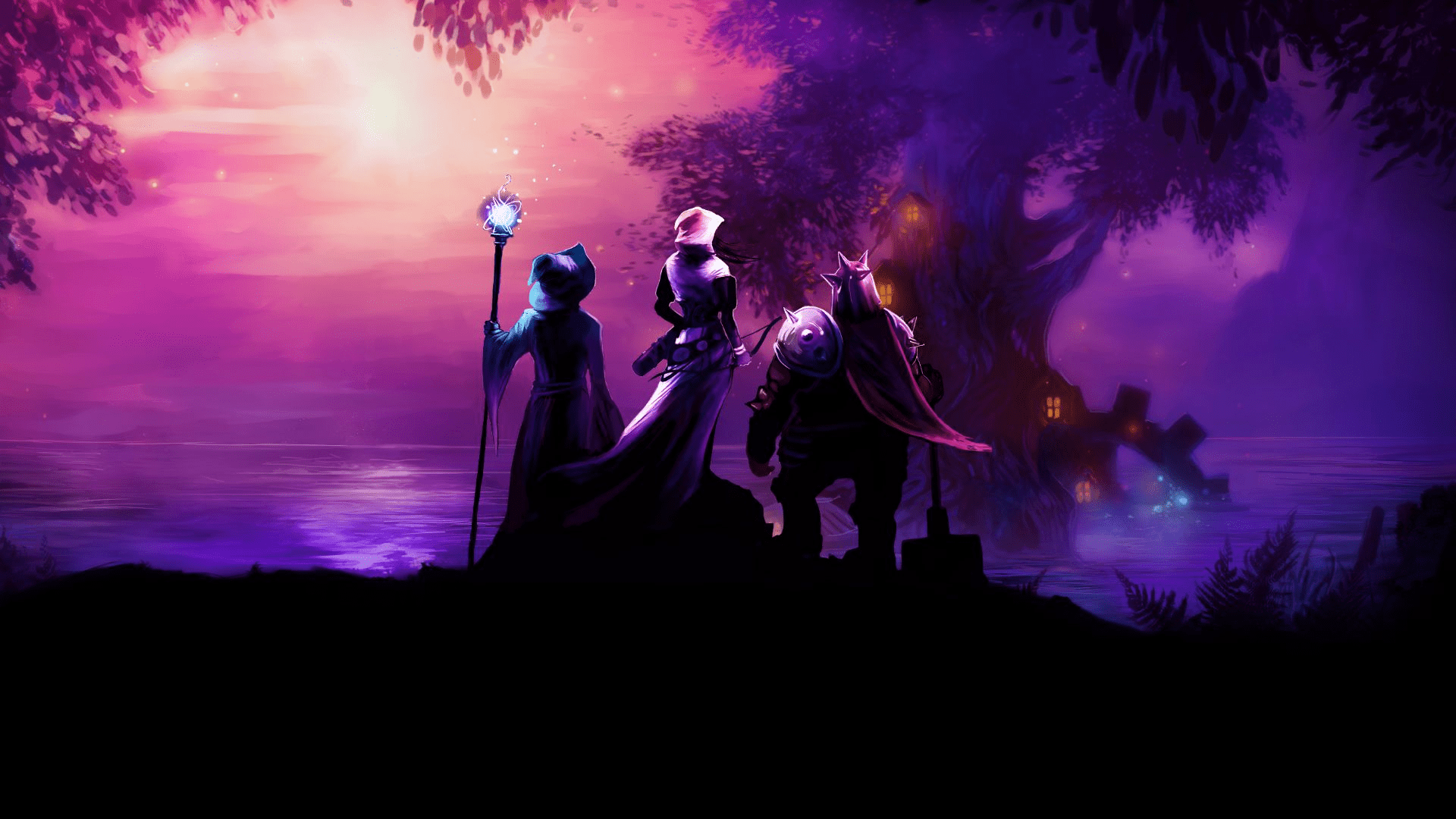 Trine series is the best choice if you're a fan of a fantasy world - four chapters of 2D and 3D platformer game with three main characters - Amadeus the Wizard, Pontius the Knight and Zoya the Thief. The players can combine their abilities, which facilitates the passage of the game to overcome obstacles and solve puzzles that arise during the development of the plot.

You can choose what chapter do you like the most and ask your friends to join you in the adventure.

The game is for pixel graphics fans and those who wish to nostalgize for those times when the games were simple in execution, but not simple in passing. The only minus is that only two players can be in-game at the same time. It's for a tiny party.

It's a very intense game, where only wise strategy, accurate plan and smart division of responsibilities will help your company to succeed in this game. If you think that it's easy enough, don't be so sure. You'll face with misunderstanding, disobedience and high level of various emotions while trying to serve some simple burger or sushi.

Group: 2 players (others can watch and scream)

Both games are great and suitable for any party (except children's one). Emotional fights are training your memory for combinations and speed of reaction for opponent's moves. It's up to you to decide which part is better for you, but if you need any help, you can read our Mortal Kombat 11 review.

It's a fun cooperative game with wonderfully designed characters. You have to fight in the company for the right to be the first in numerous versions of mini-games: racing, football, marathon, mazes and much more.

There is nothing better than to fire this place up with your favorite rock hits. Have you ever dream about putting together your own band with guitarists, drummer, lead singer and cool soundtracks? First, make sure that your neighbors wouldn't mind a hot party with loud music.

A run-and-gun platformer for real buddies. Use your brutality to destroy terrorists, using various weapons, starting with a machete and ending with a grenade launcher. The mission will be completed only after all enemies have been defeated, and you manage to raise the American flag at all control points. Keep in mind that during the game, you can use several characters, each of which has some unique abilities. Don't forget to collect bonuses to get new weapons and recuperate. Defeat the terrorists to gain access to a new mission — use your broforce!

We think that this game definitely doesn't need any comments, but we add one thing - any part of that game series is great for any party, and it's worth not only playing but watching too. By the way, the new part will be released soon.

A dynamic racing game is an energetic combination of arcade football, car madness, simple controls and competitions based on the physics laws. You can completely change the rules of the game, try unique modes with elements of hockey and basketball. Emotions will go off-scale, and the party won't be boring.

Are you surprised by the fact that this game in the "Sports"? Can you try to pass at least one level without sweating? This is a real sports game that will force you and your friends to perform intricate movements of various dances with loud laughter. You will burn a lot of calories and get a boost of energy and excellent mood, moreover, without additional equipment - you'll only need a phone!