Yesterday the developers pleased Overwatch fans with a new update on live servers. It brought us new Bastion skin and player icons.

You need to win nine matches in quick games, ranked and arcade modes to get a unique skin for Bastion and other awards until September 30. Players will receive two player icons for the first three matches won, for the next three - Pharah and Mercy sprays, and for the last three - a legendary LEGO skin for Bastion.

Also, you can earn seven additional rewards for watching Overwatch streams on Twitch during the event. To receive all exclusive cosmetic items, you must spend up to six hours watching various streamers (or your favorite one) until October 1. Learn more about the Bastion's Brick Challenge and the streams schedule here.

By the way, this is not the first collaboration between Blizzard and LEGO. Designer kits with the heroes of a multiplayer shooter are on sale since the beginning of the year. Players can get discounts on LEGO sets during the event at Blizzard Gear Store. 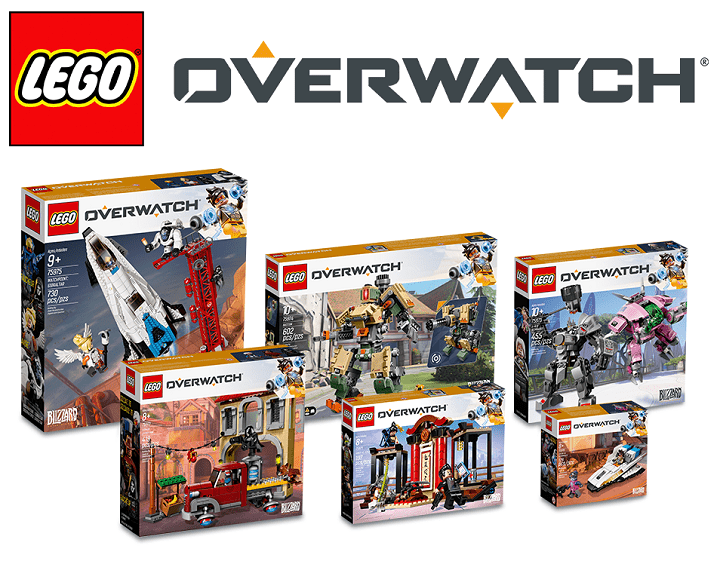 Bastion's Self-repair no longer consumes resource while Bastion is at full health. The hero now correctly initiates 0.25 sec of recovery time when canceling Self-Repair by firing.

Sigma's Hyper Spheres explosion damaged reduced from 35 to 30, and a toggle option was added for deploying Sigma's Experimental Barrier. An interesting but controversial update is that Sigma being hacked by Sombra will now recall his barrier if it is implemented. EMP will still destroy the barrier first if both are in range. Now his barrier is similar to the Reinhardt's barrier feature after Sombra's hack. Also, Accretion's Explosion damage increased from 50 to 60. Gravitic Flux intro cast time increased from 0.4 seconds to 0.6.