ORDER's long-time member in Hatz is leaving the team

ORDER's long-time member in Hatz is leaving the team ⚡⚡⚡ Esports and gaming news, analytics, reviews on WePlay! The latest news on WePlay!

Jordan "Hatz" Bajic announced on Twitter that he would be leaving the ORDER CS:GO team after playing under the organization for two years. 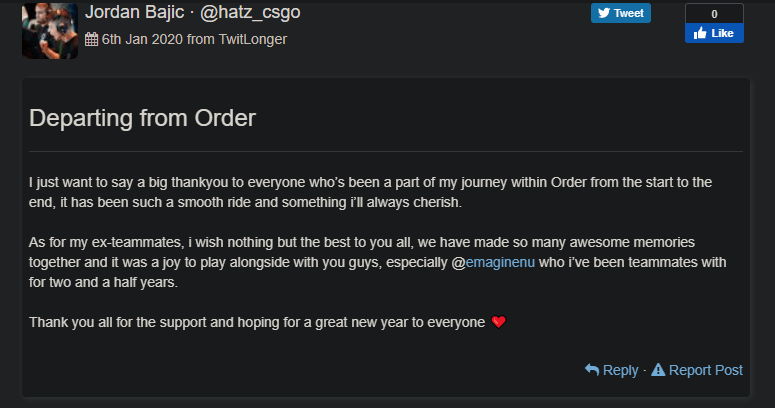 Hatz was arguably the strongest member of the ORDER squad and hasn't said much to his reasoning for leaving. We will see in the coming days as the off-season comes to a close what Hatz plans to do with his future in competitive CS:GO.