After months of speculation, the rumours have finally been proven right. Nintendo has revealed a new Switch version that's smaller, lighter and cheaper than the original. The Nintendo Switch Lite is not a hybrid device like the original, but instead a handheld with Joy-Cons built-in. “The two systems will complement each other and co-exist in the marketplace,” explains Nintendo of America president Doug Bowser.

The compact device costs $100 less than its bulky original, spanning a length similar to it's counterpart in handheld mode with only one Joy-Con connected. It's also lighter and sturdier due to the absence of connecting parts. The controls are almost identical apart from the d-pad that's more defined, and the kickstand in the back is gone. Sadly, it's compact nature comes at the cost of HD rumble and IR sensors, but Bluetooth, Wi-Fi, NFC and gyro controls remain.

It's battery life is slightly better thanks to "a more power-efficient chip layout," but also probably benefitting from the fact that the device battery isn't being used to charge the Joy-Cons anymore. The touch screen is slightly smaller at 5.5-inch (original has 6.2-inch) but it still has the same 720p output as the original. 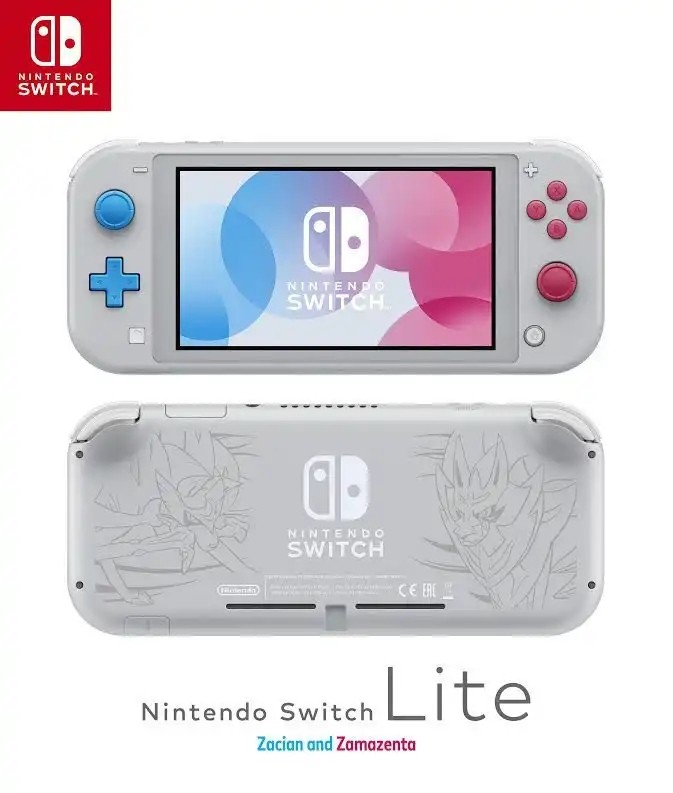 The new handheld will be available in four colours - yellow, gray, turquoise and a special light gray for the Pokémon Sword and Shield edition. The special edition will also carry illustrations of the new legendary Pokémon, Zacian and Zamazenta.

“This is the perfect opportunity for us to offer more choices, and to bring more consumers into Nintendo Switch in the third year. When you tie that with the software that we just announced at E3, we’ve got a perfect opportunity as we head into the holiday,” said Bowser.

The Nintendo Switch Lite will launch on September 20th for $199.99, while the Pokémon version will be out on November 8th, at the same price. That's a week before the release of Pokémon Sword and Shield.

Hitmarker Announces Follow-up Equity Crowdfunding Campaign Five Reasons to Buy a Console Steve And Alex Are Going To Be Top Tier Characters In Super Smash, Aren't They? CR4ZY ends partnership with all their esports teams in 2020 Dota 2 Pro Cup China announced — the first LAN since the pandemic