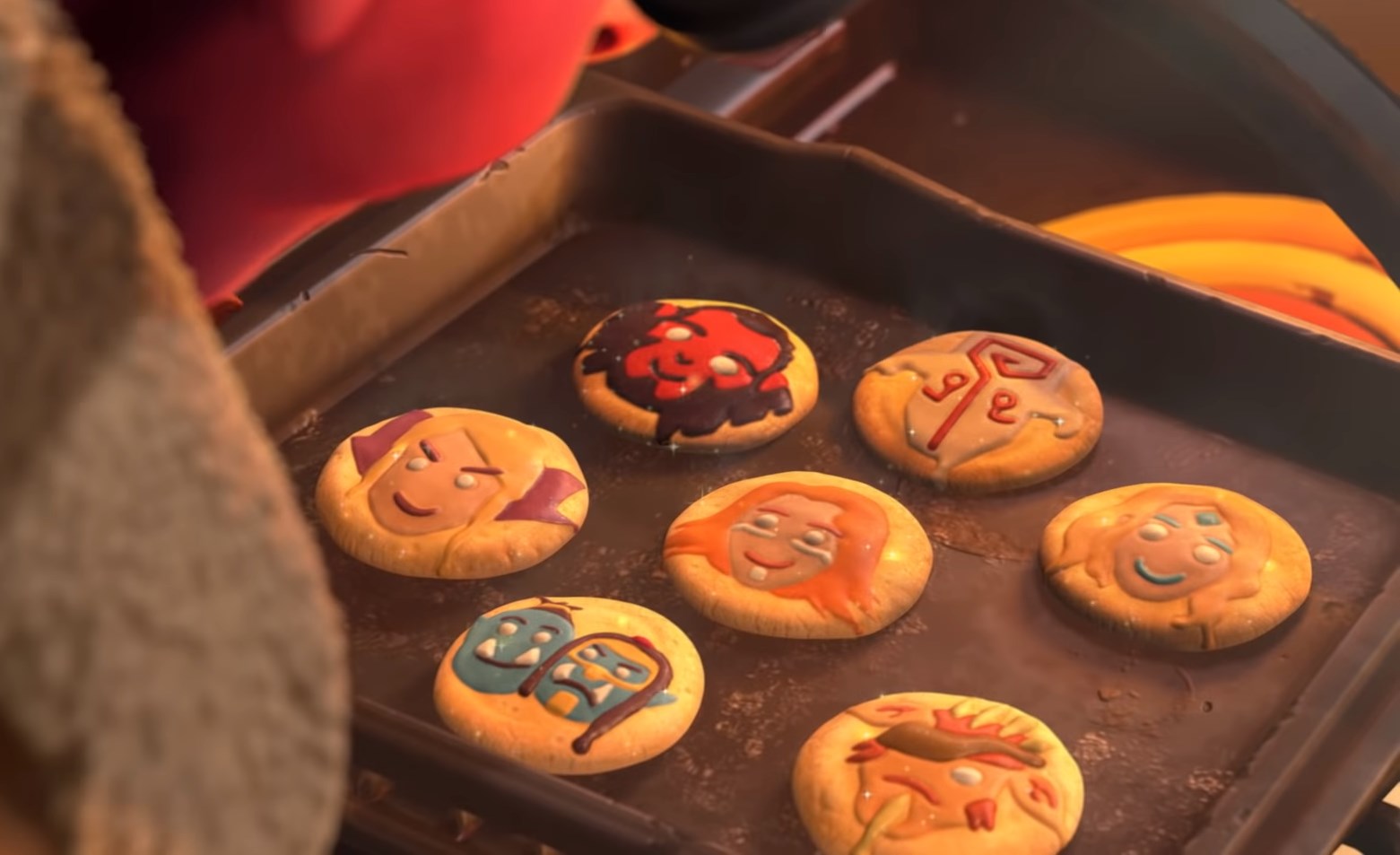 Many heroes in Dota 2 have friends and foes, which reflects in their voice lines and other interactions. The clip gave us a sneak peek into what friends Snapfire might have.

We see lots of mages here, including both Lina and Crystal Maiden. It also is a minor indication that Snapfire is a new Intelligence hero.

Both Keen and Oglodi? Hello... Auntie

Timbersaw called Snapfire his auntie which hints at a family relationship. Snapfire's red skin tone may indicate some blood fusion between Keen (Timbersaw, Sniper, Techies) and  Oglodi (Axe, Disruptor). An Axe cookie in the basket gives thumbs up to this theory.

Valve hasn't shared any details about the new hero, but her interaction with Invoker in the video hints at the support role.

Snapfire is the newest addition to the roster of Dota 2 who will join the game this Fall.