Maru is the Starcraft II champion at WCG 2019

Maru is the Starcraft II champion at WCG 2019 ⚡⚡⚡ Esports and gaming news, analytics, reviews on WePlay! The latest news on WePlay!

The players already met in semifinals and Maru won with the 2:0 score. Nothing has changed since that time — the Grand Final had the same score. The Jin Air Green Wings team player received $25.000 as a prize, his rival from the GamersOrigin team got $15.000 for the second place. 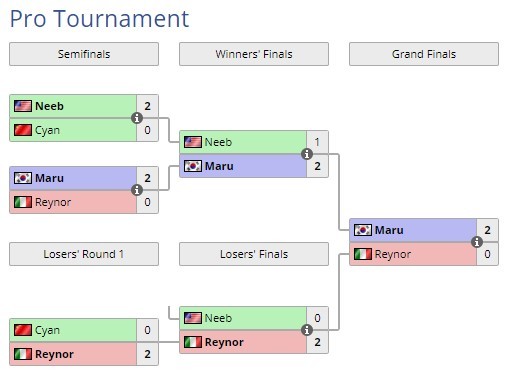 An interesting bonus from another (former) Starcraft II player: Jo "Golden" Myeong Hwan is "going to make a Theater-performance about Progamer's life". Korean pro player told about his new project in the roles of a director and script-writer on Reddit.

Golden was a pro player in StarCraft II from 2010 to 2014. Later he went to the army in Korea and after that became a streamer. Hwan returned to esports in 2016, and now he plays for Team RevolutioN.