French Street Fighter player, Olivier "Luffy" Hay has released his updated tier list for Street Fighter V Season 5. However, it focuses on how much the character carries the player in Street Fighter 5: Champion Edition, and not on their overall ability to win tournaments.

Abigail and G are at the top on Luffy's list for how they can "carry" players that use them. He calls both characters "the incarnation of cheapness and brainless technical plays while being top 5." Their ability to carry means that they're generally easy to use and don't require elaborate plans or strategies to see results. As such, they'll likely have a high pick rate this season. 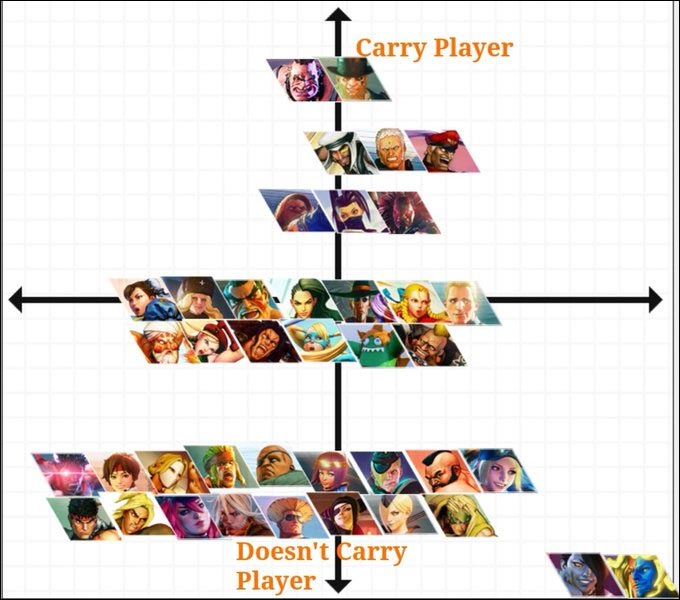 The duo is followed by M.Bison, Rashid, and Urien, which is interesting since a couple of pro players already agree that M.Bison and Rashid are among the best characters in the game. Meanwhile, Birdie, Cammy, Chun-Li, F.A.N.G, Karin, Kolin, Laura, and Necalli were all ranked average.

According to Luffy, the most accomplished players make use of characters like Guile, Kage, Menat, Ryu, Sakura, Sagat, and Zeku due to the hard work required to use and win with them effectively.

Gill is right at the bottom of Luffy's list because he hasn't quite figured out whether the Street Fighter III boss will be able to carry players or not. The same applies to Seth, who hasn't arrived in the game yet. We should start getting a clearer picture of Gill at EVO Japan 2019, which takes place from January 24-26.