Lords of White Spire rank will adopt the Elo system in Dota Underlords ⚡⚡⚡ Esports and gaming news, analytics, reviews on WePlay! The latest news on WePlay!

Following a number of changes to Dota Underlords ranked matchmaking a few weeks ago, Valve Corporation realised that the top players in the Lords of White Spire leaderboard were those that played the most and not the most skilled.

The developer has now shared its plans on how it will rectify this problem, as players with the most skill should have the highest achievements. The Lords of White Spire rank will now adopt the popular Elo system which is used in a variety of multiplayer competitions. 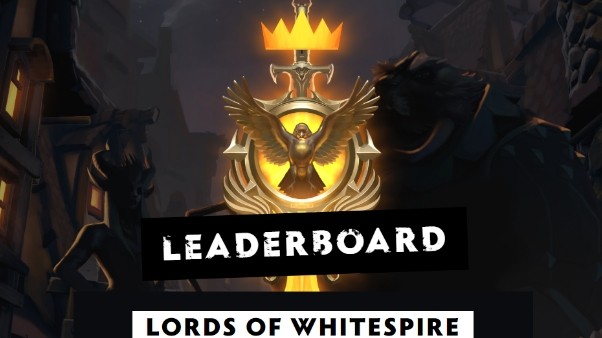 Players that become Lords of White Spire will now receive a score of 15,000 to allow for more variance both up and down. "It is possible for rank score to decrease when placing 4th or above and increase when placing 5th or below, depending on the Rank Scores of your opponents," states the blog regarding the new system.

These changes will be added to the game in the next update, but Elo will only be introduced to Lords of White Spire. Players ranked from Upstart to Big Boss will still make use of the fixed rank score system.

Existing Lords of White Spire will have their rank scores adjusted once the update hits but their positions will remain the same on the leaderboard. There will also be no additional restrictions on partying up in high rank matches, with players not affecting the rank of others in the party nor allowing them to abuse the system.

The general reception to these changes is mostly positive from the Lords of White Spire, but players that haven't achieved that rank can't help but feel a little left out. According to unofficial sources, we might also be getting more patch notes today that could have something to do with Brooklyn Kurtz.

For a closer look at the maths involved, you can check out Valve's official blog post here.