Korea will build an esports stadium and park in Pangyo by 2022 ⚡⚡⚡ Esports and gaming news, analytics, reviews on WePlay! The latest news on WePlay!

Fuelled by their reputation in esports, South Korea will be building an esports stadium in Pangyo, Gyeonggi Province, just south of Seoul. The facility will be worth 29.6 billion won ($25.1 million) to be provided by multiple stakeholders.

Four Seoul satellite cities, Bucheon, Seongnam, Ansan, and Yongin all submitted bids with Seongnam winning the highest scores. Some of the reasons it was chosen include its proximity to Seoul, the presence of IT and game companies in the area, its detailed project plans and the city’s will to promote the project. 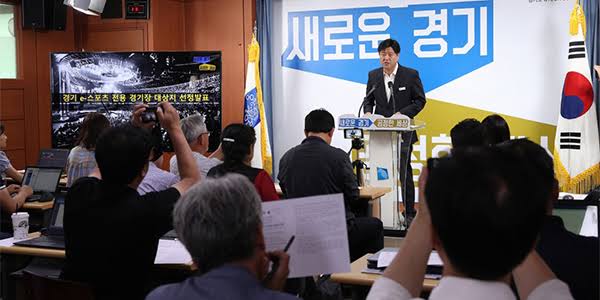 The stadium will be built in a children’s park inside Pangyo Techno Valley 1 in Sampyeong-dong, Bundang District in Seongnam. It will have three floors above ground and one below, amounting to a total floor area of 8,500 square meters.

The building will seat 400 in the main stadium, and 50 in the sub stadium. There will also be a 1,500 online viewing space, an area for professional gamers, a gift shop, PC room, studio, multi-purpose complex, and a center for the prevention of game addiction. By 2025,the government also plans to add a 12 meter high and 25 meter long media wall and terrace seats surrounding the stadium.

The project comes after Gyeonggi Province announced last year in October, its intention to spend 13.4 billion won over the next four years to develop the esports industry. 10 billion won will be spent on the esports ecosystem, 2.08 billion won on expanding esports culture, and 1.32 billion won on creating training programs for professional gamers and other related fields.

South Korea has been taking the growth and sustainability of esports quite seriously, with the government's support a large reason why the country possesses such a high calibre of players. With the possibility of more projects like this popping up across the world, the industry seems to be showing no signs of slowing down.