Konami to open esports school in Tokyo next April

Konami to open esports school in Tokyo next April ⚡⚡⚡ Esports and gaming news, analytics, reviews on WePlay! The latest news on WePlay!

Japanese games company Konami  announced today at Tokyo Game Show 2019 that it will open an esports school next April. It will be situated in Ginza, Tokyo's shopping district and has been named Konami Creative Center Ginza (KCC Ginza). 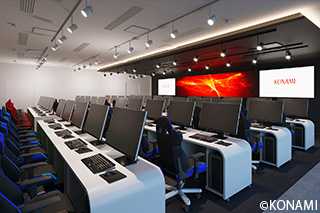 The school will focus on creating a diverse array of esports personnel, from players to commentators, managers, operation staff and more. It will be a "key facility" in a larger esports complex which will serve as Konami's new base of operations. The complex will also feature a streaming studio for esports competitions and is expected to be completed by January 2020.

Applicants will need to understand the Japanese language and must have graduated from junior high school. Meeting these criteria, applications can be submitted online.

For now, KCC Ginza will feature a full-time course which will run for one year with only 80 students accepted each session. There is also a short-term course with weekend and night classes to cater to workers with busy schedules and students of other schools.

The company also announced in its release that Konami Amusement Co. Ltd, one of its subsidiaries, "will enter the business of producing and selling gaming PCs and peripherals."