Street Fighter III villain Gill has been available in Street Fighter V for a week now and he already has a PC mod. Monkeygigabuster has transformed him into Kars from Jojo's Bizarre Adventure's Battle Tendency arc.

The mod is pretty accurate too, giving Gill Kars' purple hair, head piece and even his arm blade. Considering the similarities between the two, like sprouting wings and carrying unruly long hair, one could assume that Gill's design was inspired by Kars. 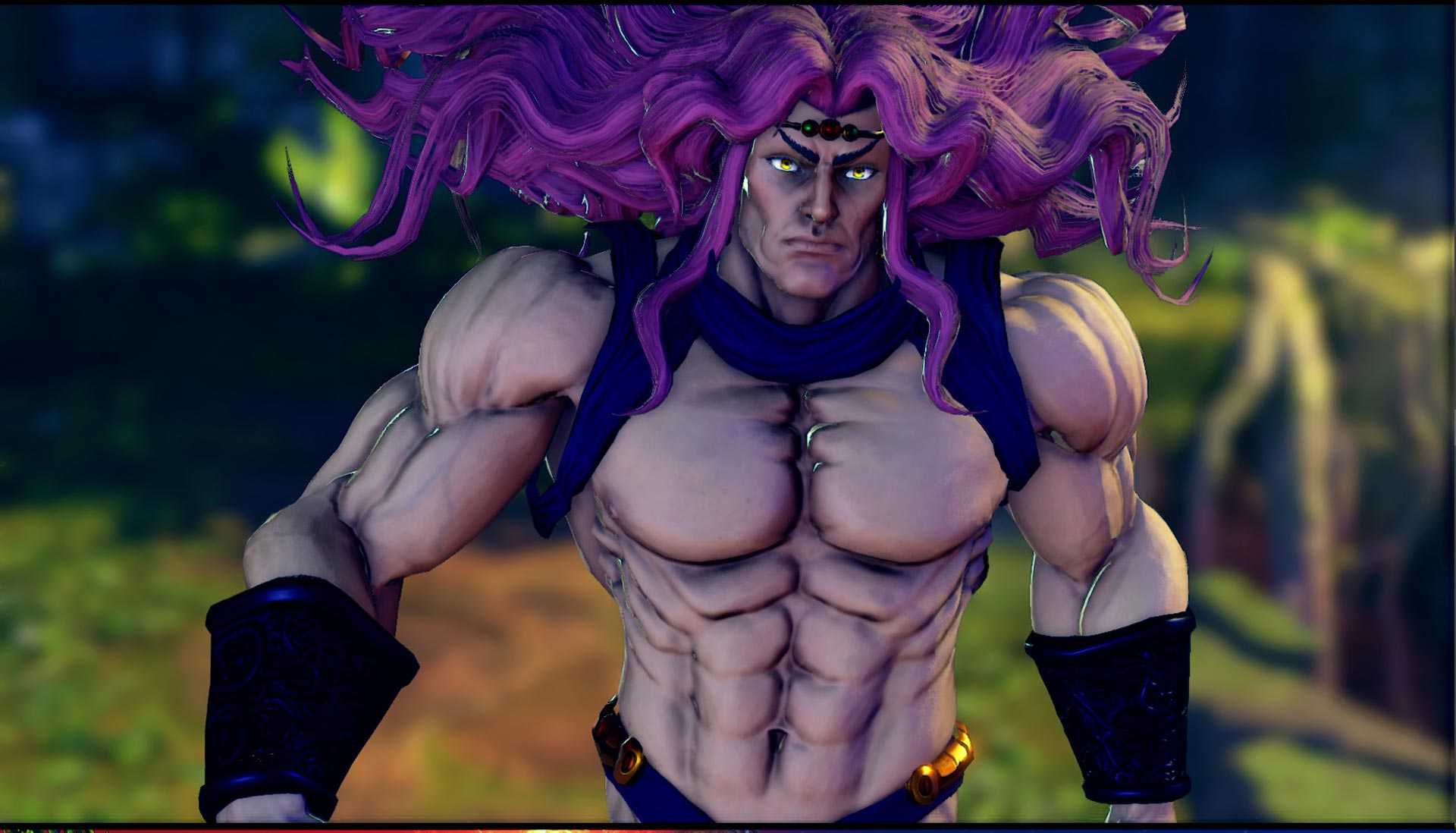 Now that we have the leader of the Pillar Men walking around half-naked in Street Fighter V, the game wouldn't be complete without a Joestar to beat him into submission. The only real question now is, "which fighter should get the honour."