John Wick Hex is a pretty neat strategy game that is based on John Wick story. It's kind of hard to explain the gameplay because there are many unique elements to it that you can't really find in any other games out there. For instance, there is a special timeline which looks a lot like the one that you find whenever you edit a video. Each action that you give to John Wick will be added there, and it takes a certain amount of time to be finished.

The starting weapon in this game is not really efficient because it only has 15 bullets in it. However, there is a possibility to pick up weapons from the people that you kill, but if you do this, you will lose a lot of time which may result in you being killed. In other words, this will be one of the coolest games you've ever played, especially if you are a fan of this fantastic movie

Let's take a look at what are the most important things you need to know before you go on to purchase it.

This is not your ordinary action game 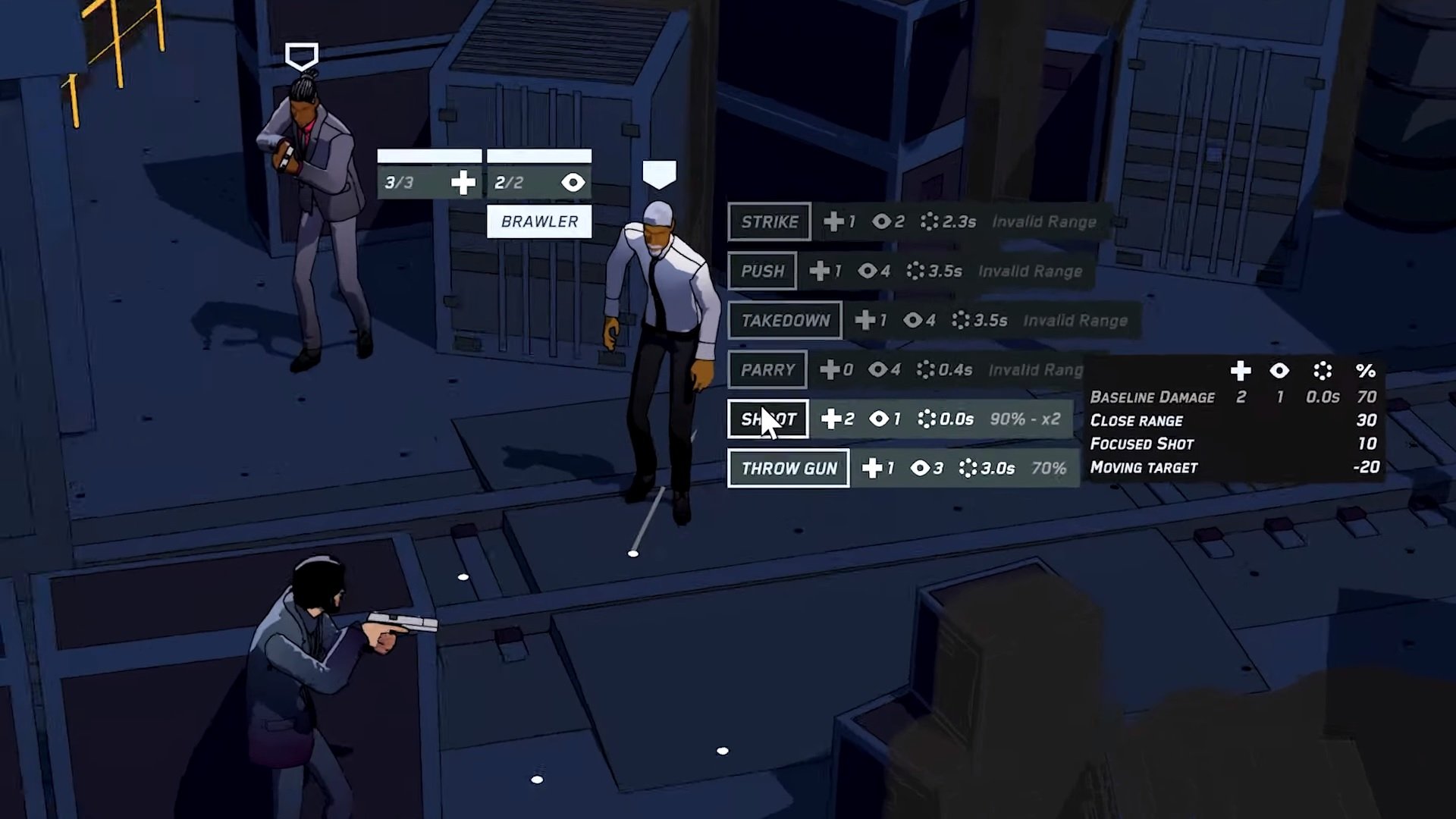 Like we mentioned above, this game is a little bit different compared to what we are used to. Similar to the movie, it all comes down to the actions that Jon Wick is taking. However, this game is not based on fast movements or anything like that. Instead, you have to think a few steps ahead and predict what's going to happen to make the best decision in the given situation.

It's safe to say that this is some kind of a "next level board game" because it's pretty complicated and requires you to think a lot. Remember that every single action you take costs a certain amount of time, which might be crucial in certain situations.

It all comes down to timing

We said that this game has a sort of a timeline that is very similar to the one you can find in some of the video editing software. That said, whenever you want to perform a specific move, and you put your mouse on it, it will show just how much time it will take to do it. Keep it in mind that the vast majority of actions you want to make will require some preparation. So, you should consider this as well. T

There are many different kinds of enemies that you will come across in this game. That said, the vast majority can be interrupted if you manage to hit them with any of your attacks before they attack you. As the saying goes, the attack is often the best offence, which is especially true here because this is John's best way of "dodging the bullet".

In addition to your regular attacks, you also have the ability to Strike or even do a takedown on your enemies. Both of these things will stun your enemy for a few seconds which will allow you to basically "do your stuff" without having to worry what will happen.

Lastly, John Wick also has the power to Pary some of the attacks from his enemies. It works from a close distance, and since he performs it very quick, it's pretty easy to hit your attacker. However, keep it in mind that the parry does no damage, so you can only interrupt your enemies with it. Nevertheless, it is still an excellent mechanic to use in certain situations.

If you ever played any MMORPG game on a high level such as World of Warcraft, for example, you know what does Line of sight mean. This allows you to avoid some of the incoming attacks just by moving in the right direction whenever it's needed.

The good thing is that LoS works in John Wick Hex too and it can do wonders in certain situations. What's more, his movement speed is really fast, which means that it will take no more than half a second to actually move in a particular direction, allowing him to avoid the attack.

Once you learn how to do this,  it is definitely advisable to do it whenever you can because it is very strong. Remember that if you manage to hide from your enemy, he will have to "re-aim" at you again when you appear. Needless to say, you can use this in your advantage because John has a swift aim which allows him to be faster than his opponent. In other words, you are the one that is going to shoot, not him.

Like we mentioned at the beginning of this article, the gun that John starts with is not the best when it comes down to shooting. It does mediocre damage, and it only has 30 bullets in total, which means that you might run out of ammo at a certain point. To make things worse, you can't even get any bonus ammo for it, which means that you need to be on the lookout and change it as soon as possible.

So, next time you kill someone, be sure to check what kind of weapon does he have and whether or not you can use it. Repeat this process whenever your new evidence also gets out of ammo.

Every weapon is unique in a certain way

Even though this is not your typical shooter where you just run around and kill stuff, the guns are still a significant part of John Wick Hex, which is why we need to know more about them.

As you can imagine, every single gun has the power to kill someone, and it uses ammunition to shoot. However, the shooting and aiming time of each weapon depends a lot on the range you use it from and how you use it. The game is so precise that there is even a meter showing you how much time it will take for John to pull the trigger. Usually, this will be shown in a white-grey colour on the timeline. Next to it, you can find the amount of ammo you will use and how many shots are you going to fire.

Even though this might seem like a bit too much information to know, remember that this is not your typical game. Some weapons might seem very cold at first glance, but when you realize that it takes ages for you to pull it out, aim and shoot, you will realize that it's not worth risking your life just to have the "better-looking weapon". For example, if you like to use any of the rifles, they are usually speedy weapons capable of doing insane damage. However, they shoot a lot of bullets at once, which means that you will soon be out of ammo and in need to replace your weapon. Remember that every single millisecond counts here and it can be the difference between you killing someone and you being killed yourself.

By the looks of it, it seems like the pistons are one of the best choices you can have right now. They are quick and easy to shoot with, and you can save a lot of ammo because they only fire around two shots. Oh, let's also not forget that every single enemy has one, so you will be able to have one always.

Always kill the enemies that have guns first

This goes without saying, but we still believe that it's an essential aspect of the game and we need to stress it out. The bad thing in John Wick Hex is that you can click on an enemy whenever you see him and check what weapon does he use. Sometimes, you might find enemies that are not that armed or even have no gun at all. Always try to think one step ahead before you engage in a fight as this can save your life.

Usually, in other shooting games, players often tend to go for the weaker enemies first to focus on the stronger ones. Well, this won't work here because as we mentioned before, timing is everything. So, if you want to kill the guy that has no weapon and you leave the one with the shotgun alive, the chances are that he is going to shoot you before you can pull him too. Of course, it all depends on the kind of weapon that he is using, but you get the point.

Always try to predict what is going to happen and use it in your advantage. Just be careful - some enemies (especially those with the shotguns) will try to shoot you as soon as they see you, so be sure to take them down first. 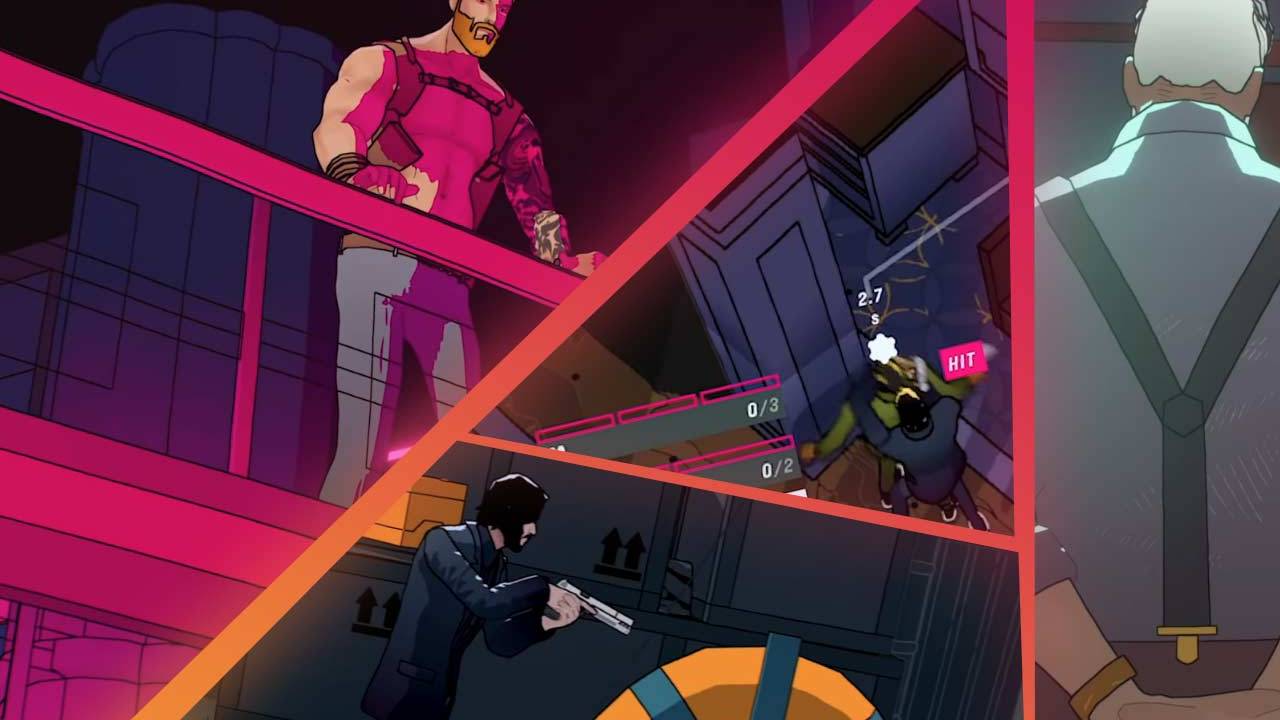 Apart from checking what kind of weapon and stats does your enemy have, you can also see the chances of your attack landing on that specific enemy. This gives you an upper edge before an inevitable fight because you will know what to expect from it. Your "hit percentage" depends on many things such as your position, the range, whether or not your enemy is on the move and more.

Apart from just scoring a kill, the chances of you hitting the enemy are also vital because you will be able to interrupt him and thus, to prevent him from attacking you. Lastly, you will also be able to save up some ammo of the chances are slim (for example, it's not really worth taking the risk if there is a 20% chance for the shots to land)

Keep it in mind that you can always try to perform specific actions such as takedowns for example. The cool thing here is that they will still land, which means that you can't really miss. However, you need to be sure that it's actually safe to perform such a move because of you, don't time it right, you will end up dead.

If there is one thing to take from this guide, it's always to plan ahead and think what the consequences of your activities are. This is a unique game in many ways, and we definitely encourage you to play it because it's incredible. If you need an extra dose of hype, just watch one of the movies.