Is Kingdom Come: Deliverance 2 in development?

Is Kingdom Come: Deliverance 2 in development? ⚡⚡⚡ Esports and gaming news, analytics, reviews on WePlay! The latest news on WePlay!

The members of the Kingdom Come: Deliverance official forum asked the question of the logical continuation of the game, and the Czech studio Warhorse confirmed that the project was in their plans last October. At that time, however, this project existed only as an idea: neither the world nor the era was invented. The team has not yet embarked on specific actions. But Daniel Vavra posted a couple of photos from the office on his Twitter on January 18. And the powerful web found a piece of information.

The head of Warhorse showed three men in the chain mail, but very observant users noticed an important detail. The lens also captured part of the board, which says: "KCD2 - 1506". 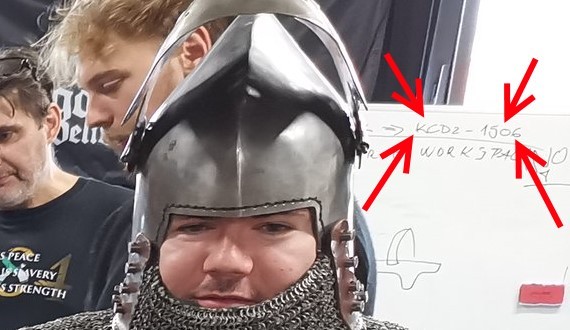 It is possible that the abbreviation "KCD2" means Kingdom Come: Deliverance 2, and the numbers "1506" may indicate the year in which the sequel will unfold. The events of the original Kingdom Come took place in 1403, so the theory looks logical. At the same time, some players believe that "1506" is the date of the announcement, that is, June 15, two days after the end of E3 2019.

The developers take the leaks seriously, so this “misstep” looks implausible. It is possible that Vavra intentionally left this hint, and players will receive a sequel of Kingdom Come: Deliverance in 2019 or even in 2020. So far, Warhorse is working on adding support for modifications and A Woman’s Lot DLC, but part of the team could already be ready to develop a sequel.