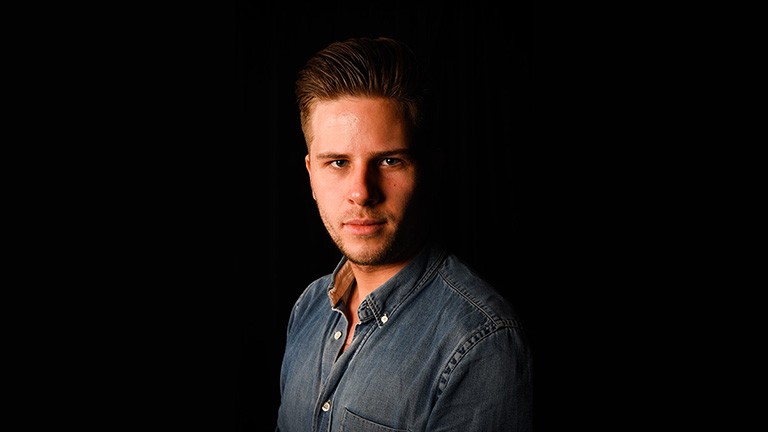 How was your stay in Ukraine?

It's been amazing, I feel like I've been very well taken care of, maybe even pampered. I've seen some nice views of the city, here, from the studio — it looks very beautiful, honestly. I enjoy it.

What was the thing that surprised you the most in the country?

Nothing, in particular, everything’s pretty much regular… Oh, the dark bread with lard, garlic and parcel — that was really nice, it surprised me.

Was the Underlords event as you've expected it to be?

Oh, surely, even more! There were some difficult situations, and it was a lot of fun, but much hard work was there, too. The event's production level was shoot-through-the-roof, too, so big up from me, guys.

Thanks! Which day was the hardest for you?

I think it's got to be the media day. Doing all the scenes were really hard, especially rap, in which I don't have a ton of experience. Rob [Robert “RobAJG” Gonzales] helped me a lot with that — he's very talented. I had to keep up with the rhythm and flow pretty fast — it was a long day, after all.

Is there a player in the tournament that didn't make it to the top 8 but you'd like to follow up on him?

I think it has to be Fibonacci. It's funny because I played so many other games that he also played, but I know nothing about him. I've heard a lot about him, and have seen his skill, so it'd be interesting to find out more.

Being a well-known player, do you plan to stick with Dota Underlords for at least some time further on?

Yes, actually, I've been already streaming it for a while, so I will keep it up this summer and try to pair it with my school when it begins in the autumn. I have a few things to finish when I return home, so you can expect to see me streaming again in a week or so.

Do you have any general advice to the players who didn't make it to Top-8?

I think a lot of players, who didn't make it, had comfort strategies — we could see it through the qualifiers. You have to have a deeper knowledge of the game and being flexible. To have a better game you have to find really good competitors and start lobbies with them, play against them.

Did you feel the disruption when the patch hit after the first day of the tournament?

It takes a several amount of skill to understand the patch and quickly adapt — the games became more interesting compared to the first day, I’ve seen new strategies roll out, some alliances like Elusives were buffed, for example, it was interesting to see players in a raw challenge. I wouldn't call it disruption, I would call it an improvement.

The patch, actually, added another difficulty level, and that’s the best that could have happened, I think it was great for the tournament.

You’ve been playing a lot since the patch hit, and do you think we should expect some nerfs in the upcoming weeks, Demons, maybe?

Terrorblade isn't the best Unit in the game right now. There is a good chance that they will nerf Demons a little bit. The Savages might be better, I’d say. Since the changes hit, Demons have been slightly nerfed, but they are still good figures.

How do you think, who pairs best with Demons plus Demon Hunters right now, what are the top 3 combos?

Elusives, I think they’re the best ones, Knights, and the third one has to be Warriors.

How do you feel about other alliances — Scrappiest, Brawnies, Hunters? Aren't none of them good right now?

They might not be in the meta right now, but I think Brawny + Hunter alliances are great against Elusives. Hunters will have a bigger chance to deal damage to a powerful Elusive build, Brawny alliance bonus provides pretty nice health and survivability boost, so why not? If you also manage to forge a decent Knight alliance, that’s definitely a top-tier choice. Scrappiest are also good, they do well against Elusives, too, but building them is pretty situational.

What do you think about the Shaman tag?

Honestly, I think Shaman alliance is pretty bad, one of the worst right now.

I think they’re too weak right now, they definitely need to be re-worked. But I’ve had a game this morning, where one player had a long loose streak. And then he went with 4 Primordials and Assassins — it was kind of impressive. A lot of magic damage. Some of the Shamans are good.