We talked with BBG about his previous experience and future plans. 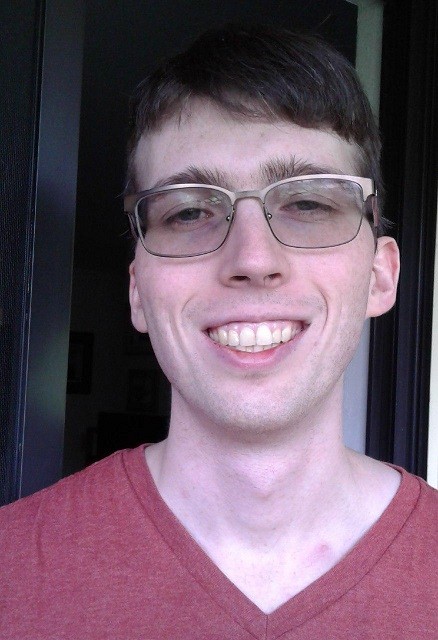 Tell us about yourself. How old are you? Where are you from? What do you like to do besides playing video games?

How did you start gaming/streaming?

My background was Starcraft II. I never really streamed that game or played it professionally. I did archive high ranks and played SC2 very competitively. I was interested in being a competitor but was quite young. And I was studying at the time as well. Then I started streaming a small card game called Eternal parttime. I was playing a lot of the community tournaments. And after that there was Underlords.

Which member of our talent crew would you choose as your personal esports Godfather?

I'll go with SUNSfan. I saw him on my stream before, and I feel like he'll take good care of me as Godfather.

How will you spend the $8k prize you can get by winning?

Someone on the stream asked me about this. I think I just reinvest it back into the stream or probably save it. I'd just make sure I have what I need to stream and obviously eat and pay the bills. The only thing I'd ever wanted to save for is a family. I don't have a lot of things I want to spend money on.

What was the most challenging during the qualifiers?

There were two rounds when I got fourth place. I've mostly either got first or fourth every time during the qualifiers. It's been kind of really easy or like I'm almost out. I think it was definitely the first time when we got fourth in round three — just had really bad games. I soon managed to get above the average point total, so I made it through. Thanks to WePlay! for a good qualifying system where you can overcome the streaks of bad luck.

I streamed it: we've lost more than 40 points of life in two turns. We went into one guy, who had three stars Slark with Mask of Madness and Vicious Intent. This other guy was playing three stars Beasts with Vicious Intent - it was just two turns we went from being in third place to the last place. We were just got hit by the two strongest guys, one after the other, and lost all our life. It was probably the hardest moment of the qualifiers. After that, I was like "I'm probably eliminated, guys." But we ended up one point above the fifth place. It felt good.

What do you love and what do you hate the most in Dota Underlords?

I like the style of the game, in general. As I said, I came from Starcraft II, then I played card games like Hearthstone a little bit, but never streamed it. It always felt weird to me to take the game too seriously because of all the random in it. I think Hearthstone and competitive game is a little bit an oxymoron. Anyway, I played Starcraft and grew up with RTS (I played Warcraft III as well). It was mostly RTS, and then it was card games. Underlords is a nice mix of both as we have the fundamentals of the RTS games (except for the mechanics) and card games. Obviously, you have to have some APM, but don't have to be very fast. I went into the card games, but still, miss some RTS elements that I enjoyed. Overall, all of the design of the game is appealing to me.

The thing I like the least… The most significant change I would like to see is the character Underlords released. But hopefully, the Underlord characters will allow people to choose their playstyle, like having an Underlord that plays very greedy, maybe takes more damage, but gets more money. Have an Underlord that plays very aggressively, doesn't gain as much from interest, but gets a freeroll every turn, like the old Recruiter. I want to see an Underlords introduced and want it to allow you to pick a playstyle.

How many hours have you spent playing Underlords?

Did you play Artifact?

I did play. The biggest thing that turned me off of Artifact was that the tournaments were so invite-focused. That made me leave almost immediately. If there have been any invites for Underlords, there is no way I would have been invited to any of the tournaments. I think the Artifact esports scene had a really bad to start because they just invited a bunch of people who had been given priority-based access. No one has any achievements in the game or anything. That felt very bad. That's one of the reasons why Artifact failed. There were other design issues.

How many Underlords' three-star Axes (★ ★ ★) do you think it would take to defeat the Axe from Artifact?

Infinite. There is no amount. The Axe from Artifact would kill them all.

If you had the ability of Arc Warden – effortlessly producing a perishable copy of you — what would be the first thing you'd do with it?

I would be able to stream more. The copy will do all my regular stuff - going to the grocery store, making food etc.

Which character are you looking forward to being added to the Dota Underlords roster?

I liked playing Night Stalker, so I hope him to get added. I also like Beasts: I think Ursa is a cool hero to be added. Spirit Breaker would be probably hilarious to see. I don't know what they would give him, but it'll be kind of funny.

How many more patches do you think it will take to make the Shaman tag viable?

I want to thank you for all the support. Thank you to everyone, who's been watching the stream, and everyone, who cheer me on the tournament. It's been great, guys.