Fun fact: the players already met in the Warcraft Gold League 2018 Grand Final in January this year. Infi won there too with 3:0 score and smaller money prize ($8.885). 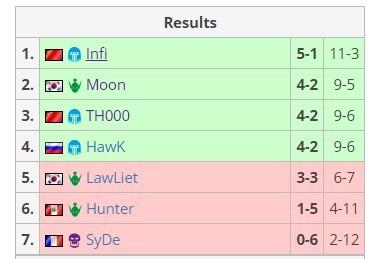 One unpleasant incident preceded the tournament. Several participants in Warcraft III WCG 2019 were sitting for more than 11 hours at the Beijing airport and waiting for permission to go a flight to Xi'an. Sergey "Hawk" Shcherbakov, who took 4th place in tournament group stage results, told about this incident on VK. Pierre-Olivier "htrt" Huot couldn't reach the venue and there are no official comments on this case. 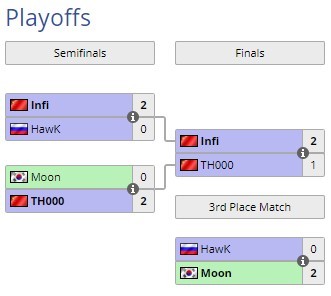