Being a manager is not an easy thing. You are the most important support and the hardest carry for your team at the same time. People say managers don't sleep at all. Vitória Otero — Infamous and ex-Team Anvorgesa manager — does sleep, but she's a faithful caretaker to her boys. With The International 2019 starting this week, we've had a few words with Vitória about China, The International, managing, cat memes and Peruvian Dota.

How much does the Infamous' organisation interfere with the team’s internal functions?

Infamous is probably the best South American Dota organisation nowadays. They have not only a good structure and Gaming House but also a good financial condition. For example, thanks to that, we were able to bootcamp in Brazil, avoiding server issues in the regional qualifiers. Peru has lots of internet routing issues, giving players random moments of packet loss during the games, which can be really troublesome in important matches like TI qualifiers.

Are "the bosses" strict or do they give you a lot of freedom?

Since they are used to the Peruvian community and players, they are not the strict type, as this wouldn't work, so they are friendly and give us freedom. 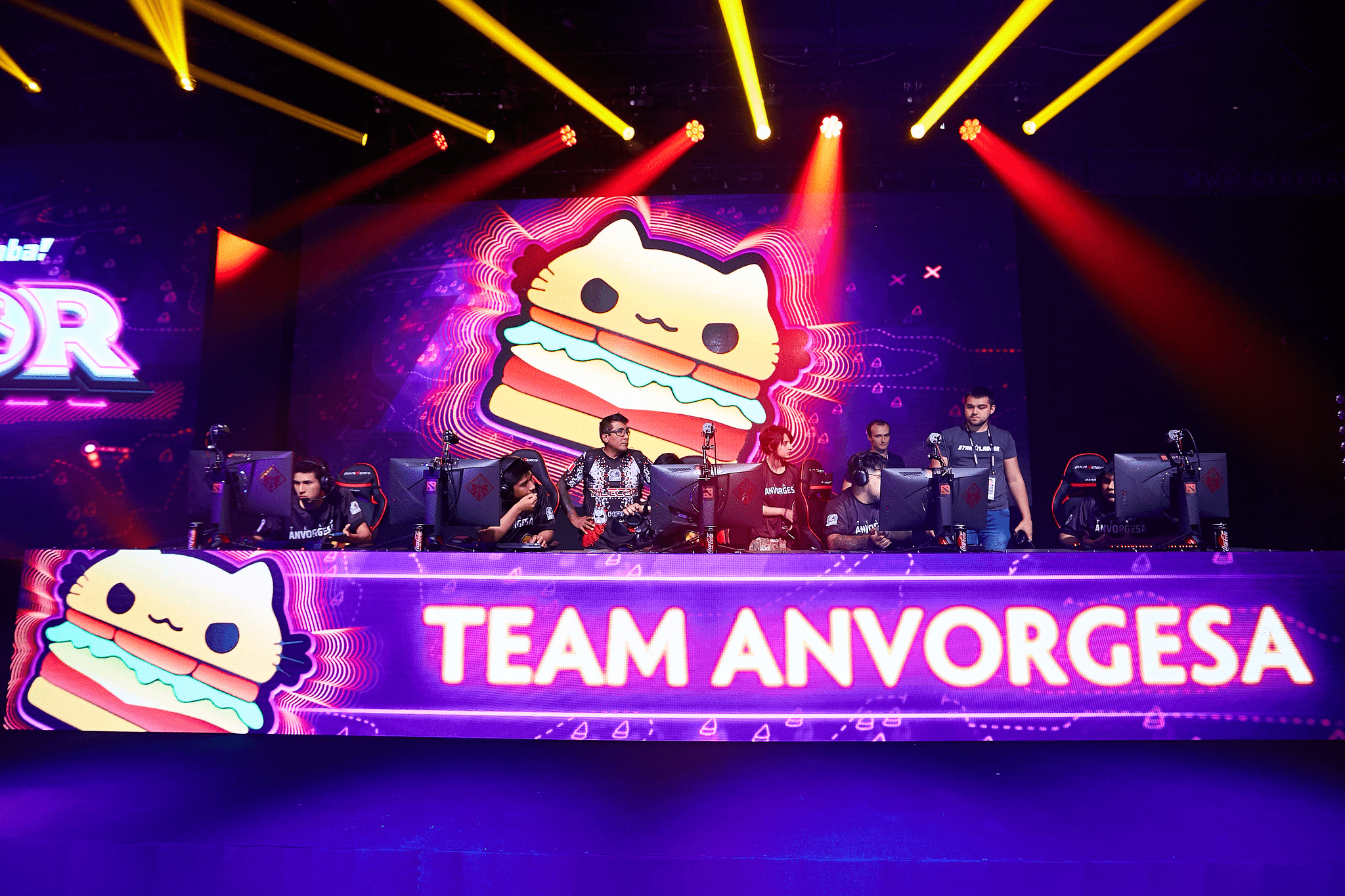 Have you tried to push the catburger through?

The organisation has embraced the catburger as much as they could! I'd love to see more catburgers at the TI screens and panels, but unfortunately, the organisation has sponsors and all, and this isn't simple like that. But still, they added our logo in golden colours to the Infamous t-shirt. I think this was really nice of them. Catburger will always exist in our hearts haha, it's like our mascot now.

How do you find your TI9 preparations now?

We are now in China in a really amazing bootcamp with a great structure. It's cool not only to scrim but also not to have jet lag issues as we had in Ukraine, getting ready for playing long matches in one day.

Has your personal workload increased? Do you still have time to browse through memes and cats?

With Infamous, we have more support and more staff helping the team; this gives me more time to work on the team's image and exposition, like sharing content via social media. I believe this is really important to create a personality for the team itself. And yes, definitely, I'd browse cat memes even if there was no time [laughs], they are the best thing to laugh at and have some fun with after a stressful day.

How are the boys preparing for TI9? Is there a strict schedule, what is the time for rest/personal stuff/sleep and what is the atmosphere in the team at the moment (excitement, confidence, or a big fear of Tier-1 teams?).

Well, we don't really have a strict schedule, the boys have already had a good practise routine, and since we are in China, we don't have to worry much about them sleeping too late, because at 11 pm we are all already super sleepy due to the timezone change [laughs]. It is really good because they rest and wake up early for the next day. The atmosphere is really good, as we all know, we are always chilly and smiley. I always have the impression that they have a lot of fun doing it and not as an obligation.

We loved Team Anvorgesa's play because of the calm, fun and easiness. It seemed like the boys just enjoyed the game, and the general mood gave confidence that served for the result. Are you planning to continue playing the same way?

[laughs] Yes! That's exactly what I think! I doubt they will ever change that because it is the way they are. It's not because we play for having fun, that we don't take it seriously. Sometimes people might think that, and it's not what it is. I always tell that I love to hear them playing because they are super funny, I always laugh a lot at their reactions.

How was your flight? And China overall? Have you or the boys ever been there earlier? Do you feel cultural shock? How's the food? Lots of spicy stuff? Do you love it?

We had two 12-hour flights. The first was awful, but the second one was really good and smooth. I personally have never been to China; it's my first time. Same for K1, Cris and Wisper. Stinger and Scofield have been here before to play some tournaments [China Dota2 Supermajor — ed.]. The culture is different, people are all gentle and kind to us even though they don't really speak English, but since we have a translator with us, we have been having a good time here. The food is.... different, that's all I can say! [laughs] I'm still with mixed feelings about that, but it’s been only three days so far, cannot say that I like or dislike, got to try more things!

Ah, I don't usually spend too much on cosmetics and stuff, I'm level 90 I think. I didn't get my "Ceeeeeeeeb!" favourite chat wheel phrase yet!

Is there a particular Peruvian meta/playstyle, or is it a myth? What are you focusing on, what trump card have you prepared in your sleeve?

[laughs] I can say "Yeah, we are Huskar pickers" and then they will ban Huskar all the games or get prepared to play against our Peruvian style! [laughs a lot] Not that we are really Huskar pickers, it's just an example!

And say like "Yeah, we have a secret strat that is playing Dazzle mid, we saw that on a video on Youtube, and it seemed super trustworthy!" But that would be a sarcastic answer! [laughs]

Well, with Valve boosting Dazzle's abilities I've seen a lot of players picking Dazzle to go mid and then crush my team! He's OP when played properly! That works with all heroes, by the way.

Yes! [laughs] But it would be insane actually to do that at TI. Anything can work in pubs though.

WePlay! Tug of War: Mad Moon has been announced, and we'll be holding it very soon! Are you interested in participating?

Sure! Why not? Always good to have tournaments to play and practice. And who knows, maybe we end up going to Ukraine again. I wouldn't mind that!

Thank you, Vitória! We wish you good luck at The International 2019 and hope to see you at our great tournament this spring!