How to fix Apex Legends

How to fix Apex Legends ⚡⚡⚡ Esports and gaming news, analytics, reviews on WePlay! The latest news on WePlay!

The recent Iron Crown event has opened the floodgate for the community to express tons of criticism for Apex Legends – of both reasonable and toxic kind. And while the game has had a bunch of issues for quite some time, it was the overwhelmingly negative reception of the latest monetization choices by Respawn that led to fans being more vocal than usual. Don’t get me wrong, I honestly believe that Apex Legends is the best Battle Royale title available on the market right now – but it requires a lot of additional work to actually deserve being called that way. One of the major issues with Apex Legends is that the game is a bug galore right now, which is unacceptable for a hugely popular Battle Royale title and a game from well-established developer/publisher. Take a look at Fortnite – it’s a nearly perfectly polished experience with constant support and regular updates from Epic Games. Now, it is worth noting that for the aforementioned studio, its title is the major money-making machine – and reallocating the development resources towards Fortnite has put an end to a few other titles by Epic. Respawn, on the other hand, has other huge video games in development while the team working on Apex Legends is relatively small. Still, it’s not an excuse by any means – the game attracted an enormous audience when it initially launched half a year ago. 50 million players is not a joke – but what is a joke is that some bugs haven’t been fixed since the release day.

Ah, these heartwarming errors you get when you try to start matchmaking! You can sometimes get 5 or 6 in a row.

It’s not like Respawn doesn’t know how to make a balanced and polished video game. The events of Apex Legends take place in the Titanfall universe – the original dilogy of shooters was of the highest quality. In case you’ve forgotten, we’d like to remind you that Respawn consists of Infinity Ward’s finest – these are the people who stood behind the legendary Call of Duty 4: Modern Warfare and left Activision to establish their own studio. Titanfall video games – especially Titanfall 2 – deserved much more recognition upon their releases. Luckily, the aforementioned sequel has been getting more attention than usual due to the popularity of Apex Legends – and it shouldn’t be a surprise for you that all of the weapons available in the Battle Royale title have been taken straight from Titanfall 2. And when you look at how polished, crisp, fluent, and technically flawless this game is, the question rises what the hell Respawn has been doing with Apex Legends. 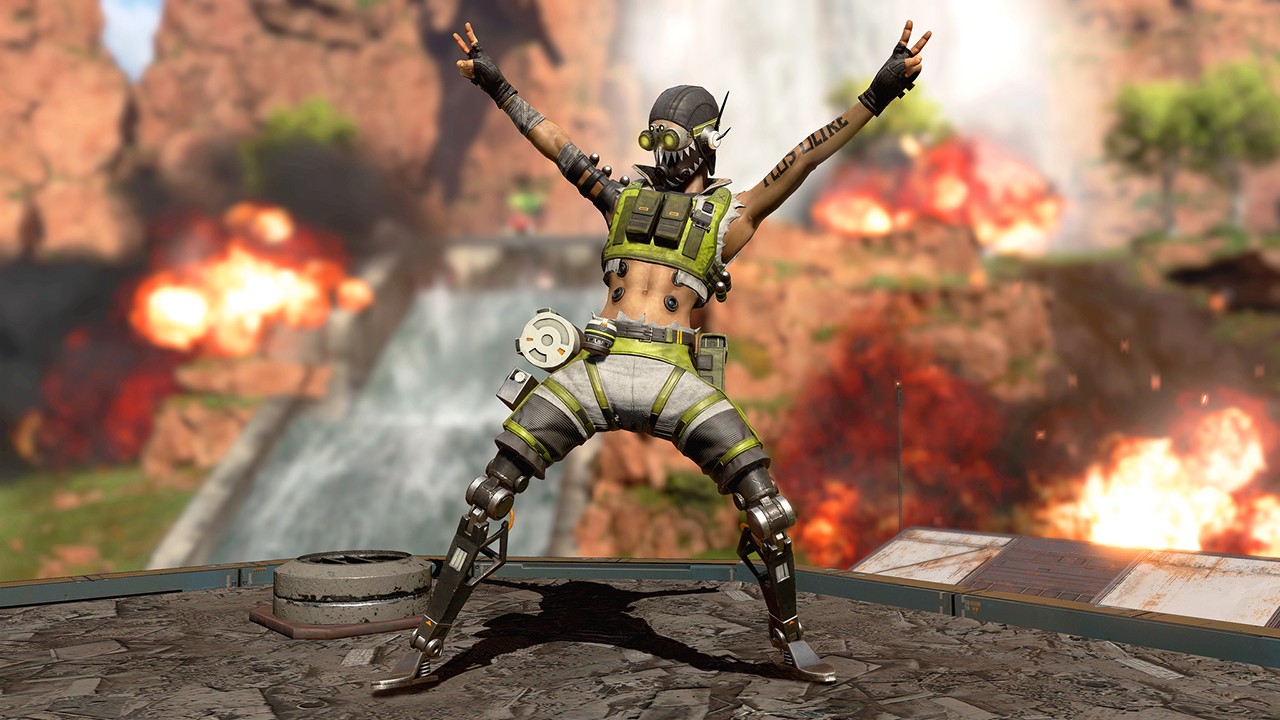 Give me your money

Obviously, bugs are annoying – but even more annoying is sometimes the aforementioned issue with the in-game cosmetics shop. Let us remind you of what has recently happened. The newly added Heirloom melee weapon – a battle-axe for Bloodhound – cost you around $170. It was the amount of money required to buy all of the 24 special Iron Crown Apex Packs before you could actually get the axe. Now, the intriguing point here is that the Heirloom weapon has already joined the common pool of items you can get from regular Apex Packs – with a chance of less than 1%. The devs have multiple times stated that after 500 opened packs you are guaranteed to get an Heirloom item – but you can never obtain that amount of packs by simply playing. One way or another, Respawn always forces you to invest money in the game if you want to unlock the coolest items, but the situation with the Iron Crown event and the necessity to spend $170 is egregious.

Despite not being a pay-to-win game, Apex Legends somehow feels like one because of how persistently it hints at the possibility to spend real money.

If you could think that this greed comes directly from EA, which is a fair assumption, the latest events proved that the fault is on Respawn. Funnily, when the studio was hit with a well-deserved backlash from the community, the devs went to Reddit to call the player base “freeloaders” as well as some other offensive words. It’s rather clear that you have no right to call your community “freeloaders” when you offer a free-to-play game – but there we go, the true nature of Respawn has shown itself. And while the Iron Crown event is over with all that sad and bitter aftertaste, the issue remains unresolved. Apex Legends is far from a fair monetization model, and even if you want to support the developers for the work they’ve done with buying a few cosmetics, you might reevaluate your attitude after what they said. In our faces. Luckily, there’s still space for improvement – and a few ideas on how to fix the game. First of all, Respawn needs to reallocate more development resources on Apex Legends. It is crucial. There’s no other option – and if the studio authorities do not realize it fast enough, the game will fall victim of its flaws and technical issues. Secondly, the monetization system desperately needs a full-on rework. Perhaps, the best existing example, which can be adapted for use in Apex Legends, is the system in Hearthstone. Apart from various differences, there’re still core similarities between two games – it’s the crafting system for new items/cosmetics. Although in Hearthstone, you can both earn the resource to craft new cards and brake the cards to receive back a smaller amount of resource spent. This is the perfect solution for Apex Legends where you are literally forced to buy new packs and/or skins after you’ve hit level 100.

What if you could break the unwanted skins for Mozambique to earn new metal parts for crafting? The best part for Respawn is that it might eventually encourage the “freeloaders” to throw in a few bucks to get the amount of metal for crafting the desired legendary skin after they’ve broken a few cosmetics and are still lacking 10-15 metal parts. If a system like that arrives in Apex Legends, the response would be phenomenal – but I fear that Respawn (under EA’s supervision) will never have the guts to take a step towards its community. The irony is that soon there will be no community whatsoever.

Halloween Events in Esports Titles A Year of Burnout Counter-Strike: Global Lockdown How BRs can improve The best team comp in TFT 10.10