Horizon Zero Dawn: How to Get the Shield-Weaver Armor - Ancient Armory Quest ⚡⚡⚡ Esports and gaming news, analytics, reviews on WePlay! The latest news on WePlay!

Horizon Zero Dawn is an amazing action role-playing game played from a third-person perspective. In this game, the players can take control of Aloy, who is a hunter fighting for her survival in a world dominated by robotic creatures that have powerful weapons. She is capable of doing various things to kill her enemies such as setting up traps, shooting with arrows, using explosives and many more. Definitely a girl that you don't want to mess with.

Once you progress enough in the game, you will eventually stumble across some very interesting outfits which are sold by the merchants across the new world which you also explore. However, the best armor in the game is only obtainable if you complete certain tasks. Otherwise, you will be unable to get your hands on it.

In order to unlock the Shield-Weaver Armor, you will have to find numerous Power Cells. There is also a special quest that needs to be done called Ancient Armory. It is definitely easier said than done but the end prize makes it all worthwhile.

Let's take a look at what you need to do.

Ancient Armory Quest - how to do it 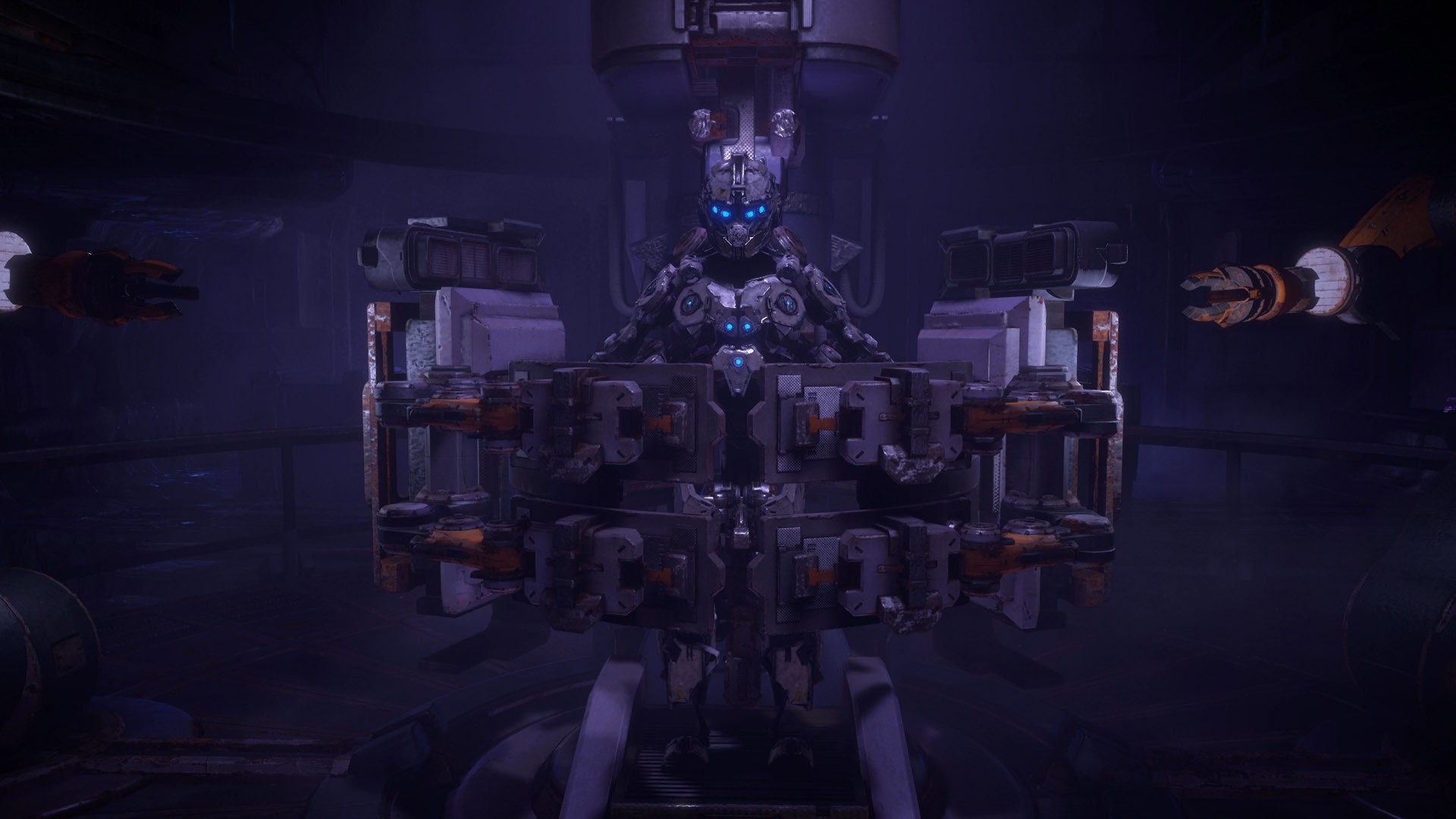 The first thing you need to do is to accept this amazing quest. Fortunately, this is actually the easiest part of the entire procedure. In order to get it, you need to find a Power Cell or just go to the Bunker where the armor is kept. Of course, this can be tricky, especially if you have no idea where to actually look.

If you have no idea where the Bunker is, you need to hop on the first Tellneck that you find in the Devil's Thirst. As soon as you do that, you will basically see the entire surrounding map, which will give you an easy outlook. Head over to the northwest part of the map and there you will find a merchant next to a campfire. Go there and look around a bit until you see the Bunker.  Enter the place inside and after roaming around a little bit you will see the armor near some broken glass pieces. Just next to it on your right, there will be the two unpowered dials which you need to solve. As you probably guessed already, you will have to find two more power cells in order to complete this challenge. 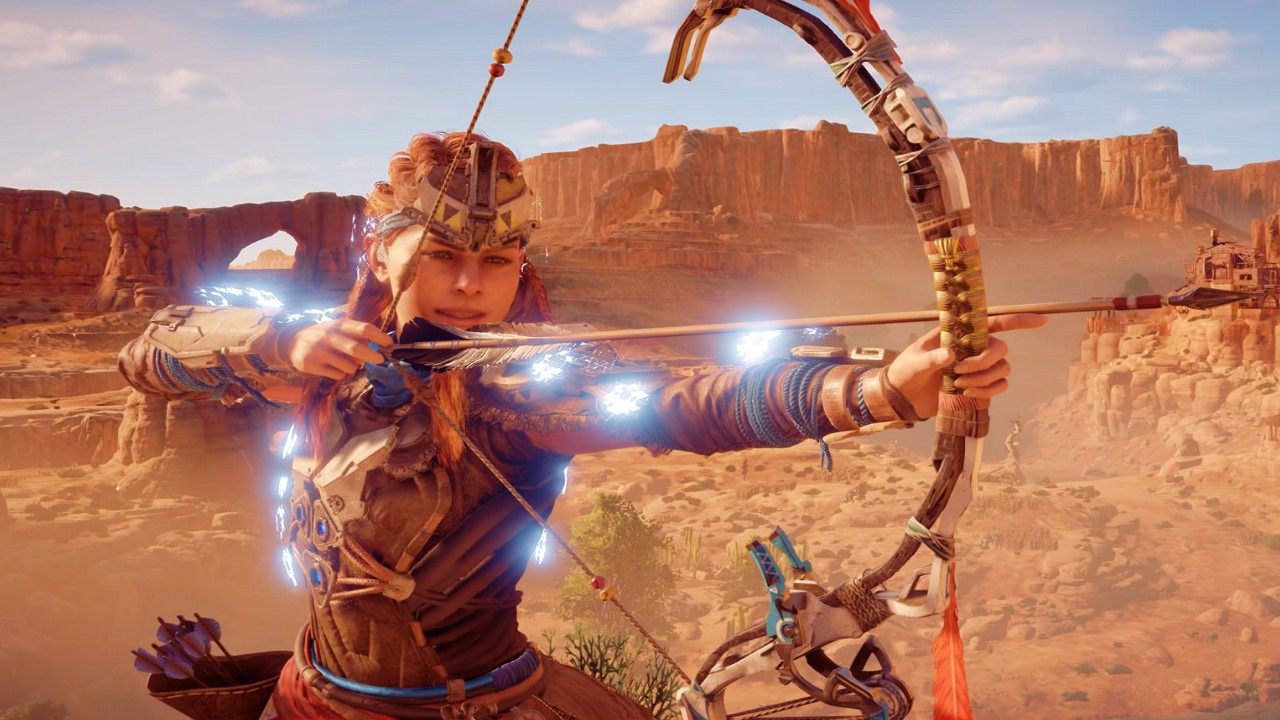 Before you start, you need to know that in order to be able to find the Power Cells, you have to complete the game until the quest called "A Womb of the Mountain".

The first Power Cell is obtainable in one of the starting places that you can explore as a young Aloy - the Ruins.  This means that you need to basically go all the way back to the starting area and just look around until you stumble across it. However, keep it in mind that it will most likely be hidden by a couple of stalactites, so you will need to break them in order to actually get it.

After you get this one, it's time to focus on the second Power Rune. This one can be found in the so-called "All-Mother" mountain which you will come across during The Womb Of the Mountain quest. When you go there, just keep looking around and you will eventually see a room which has a very big door in front of it and a red hologram.  You need to turn this to the left and then there will be a tunnel. Just continue following it until it leads you to the next Power Cell.

After you get both of them, head back to the Bunker and press the unit dials in order to start them. Remember that after you do this, you will also have to solve a pretty hard puzzle. Luckily, you have all of the clues on the wall there, so just use your Focus and you will find the answers easily.

When you are done with the puzzle, you will need to set the dials on the wall so that they can correspond to the clock. To make your life easier, the correct combination is the following: down, left, right, up. Once you put all the dials into place, you will see the first door opening and it will reveal the armor itself held in place. Still, you will not be able to get your hands on it yet. In order to do this, you need to find three more Power Cells and then deal with yet another puzzle.

Once you've done all the things above, let's see how to get the other three Power Cells.

The first one can be obtained while you are doing the quest called Maker's End. You will have to go to the top levels of the Skyscraper and then look for another hidden path which leads even higher. Get there and look for the Power Cell somewhere on the ground. As a bonus, you will be able to have a quick way down if you use the rappel hook there.

The second Power Cell is only obtainable while doing the Grave-Hoard quest. This means that you need to be very careful not to miss out on it because there is no turning back - you will be unable to find this Power Cell and thus, completing the main quest and getting the armor.

Last, but definitely not least, we have the final Power Armor. This one can be obtained while you are doing The Mountain That Fell quest, which is actually pretty hard on its own.
The first thing that you need to do is to go to Gaia prime and then look for a way to get past the big gate there. This can take some time but in the end, you will see a big zip line which you can use. However, before you hop on the zipline, lookout for a special path that goes down. When you find it, go there and you will be able to find the Power Cell way back at the very end of it.

I got all of them, now what?

Now that you have all three Power Cells, you need to go back to the Bunker and put them in the dials. As mentioned earlier, you will have to solve another puzzle but this one is about degrees rather than time, which makes it a little bit harder to complete.

Again, we got you covered, so here is the right solution to the puzzle - left, right, right, left, up.

When you enter this, all the camps will be unlocked and you will be able to go inside. Once there, simply interact with the armor and you will receive the Shield-Weaver Treasure Box which you need to open in order to get the outfit. Oh, just be sure to have enough spare room because the last thing you will want is to miss out on this just because you don't have room.