There is a lot of amazing stuff which you can do in Grand Theft Auto Online. However, at the end of the day, one of the most interesting activities are still Heists. In fact, they are one of the best ways to progress through the game because they give you a lot of money and experience, which is essential for this type of game.

Of course, all heists are definitely easier said than done. Apart from the sheer resources which are needed, heists also require tons of teamwork and coordination in order to put it right. If you miss out on any of those requirements, chances are that you are not going to do it right which will result in some bad consequences for you. That's why it is very important to figure those logistic requirements beforehand in order to be successful.

Also, let's not forget that Heists are one of the best ways to save up money. Everyone wants to get either a special vehicle or some other thing in GTA Online and most of the times, you will need money for that. Thankfully, the Hests are available since the very start of the game but they are definitely a lot more rewarding if you do them in the later stages of the game.

Heists themselves all have a different type of organization. However, most of them consist of a set-up mission and a big final. The set-ups themselves are a lot easier to do most of the times but they are also not really rewarding you that much. On the contrary, the final is the real deal because you need to execute the preparation in order to do the proper heist. Of course, as I mentioned earlier, you need to team-up with at least several people in order to do this right. Usually, the best thing to do is to get at least four people to do the job.

Also, a very important thing is to avoid doing heists with random players because it could result in just wasting your time. After all, you need to know all the mechanics, special things to do as well as the proper setup if you want to execute the heist properly. Thankfully, there are special Looking for group pages where you can find the needed people to do the job. In general, you need to listen to each other and keep track of what each person is doing. Otherwise, it will be very hard to cooperate together.

How to start a proper heist?

In order to do a proper heist, you need to be at least Rank twelve and have at least one high-end apartment where you can store stuff.  If you have those requirements, you will be able to play a 4-player cooperative heist online. In order to start, you will receive a call from Lester and then he will be calling you whenever there is a heist available for you to take on.

It is important to remember that once you accept the heist quest, you will become the Heist leader, which means that you will be able to invite any players who want to do a heist to your party.  Being a leader is very cool because you get the chance to actually decide what does each player get after you do the job. However, you also need to pay beforehand for the whole thing to happen, which is the downside of it.

Since the heists are very team-based, it is definitely a good idea to work all the steps that you need to do beforehand. Similar to pretty much any online game out there, communicating with your teammates is one of the most important things to do. After all, you need to work as a team if you want to achieve anything in pretty much every game.

In order to finish a Heist, you need to do several missions. What's more, the Heist Leader will also earn an additional 10% RP from the setup because he is the main character there. In fact, you will need around $15 to $20k USD in order to start, which is definitely a lot of money to waste, so be sure to do it correctly. When you finish the single setup mission, there will be a brief period of time where players will be free. After that, the Leader can start preparing the next chapter of the Heist.

Finally, when you are done with the Heist, you will unlock new Adversary Mode missions. Having said that, there are three types of those modes and sixteen missions in total. Also, let's not forget that every single heist has its own elite challenges which will reward you extra.

Now that we cleared this all out, let's take a look at the different heist and more importantly - the rewards for them. 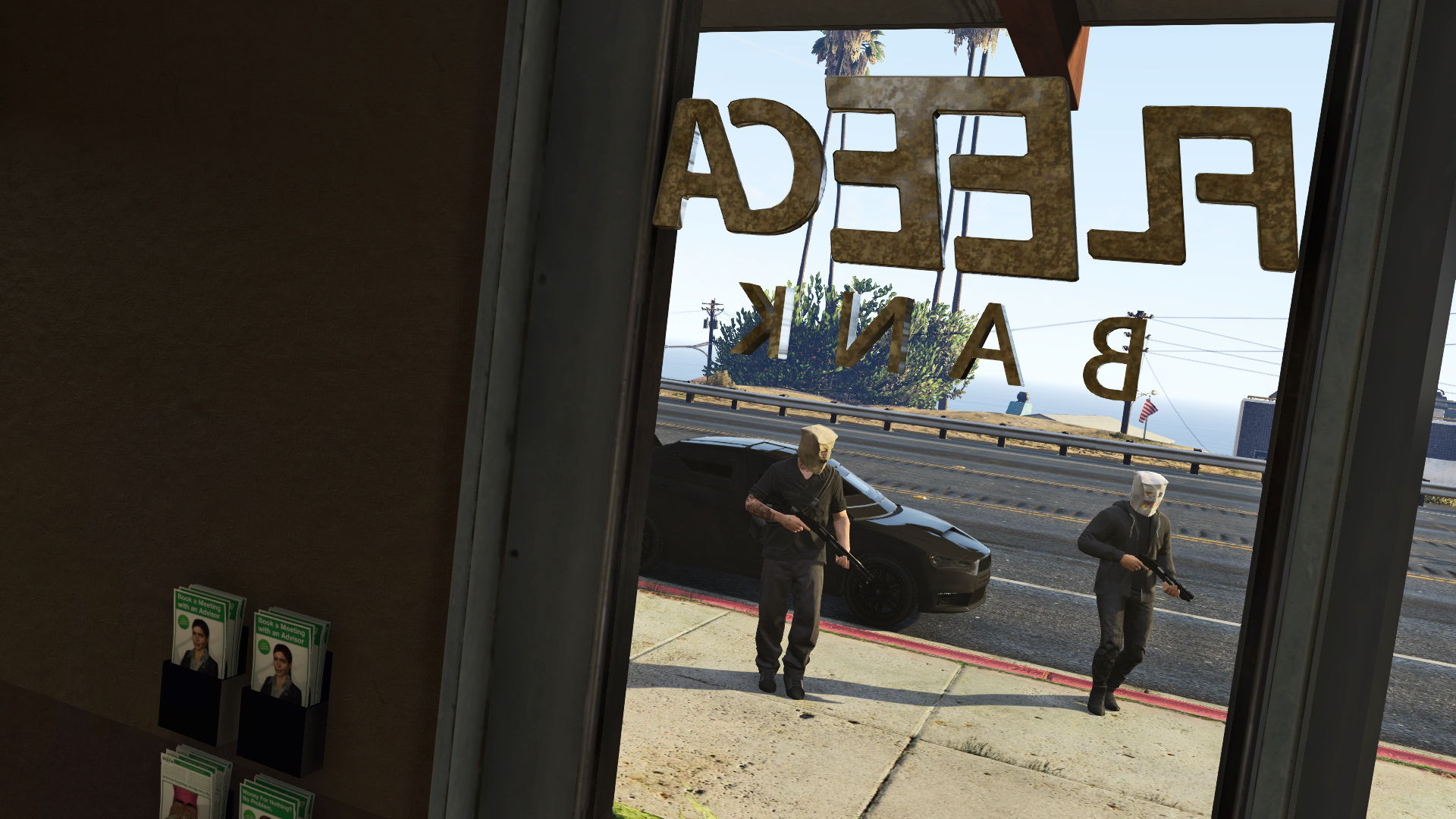 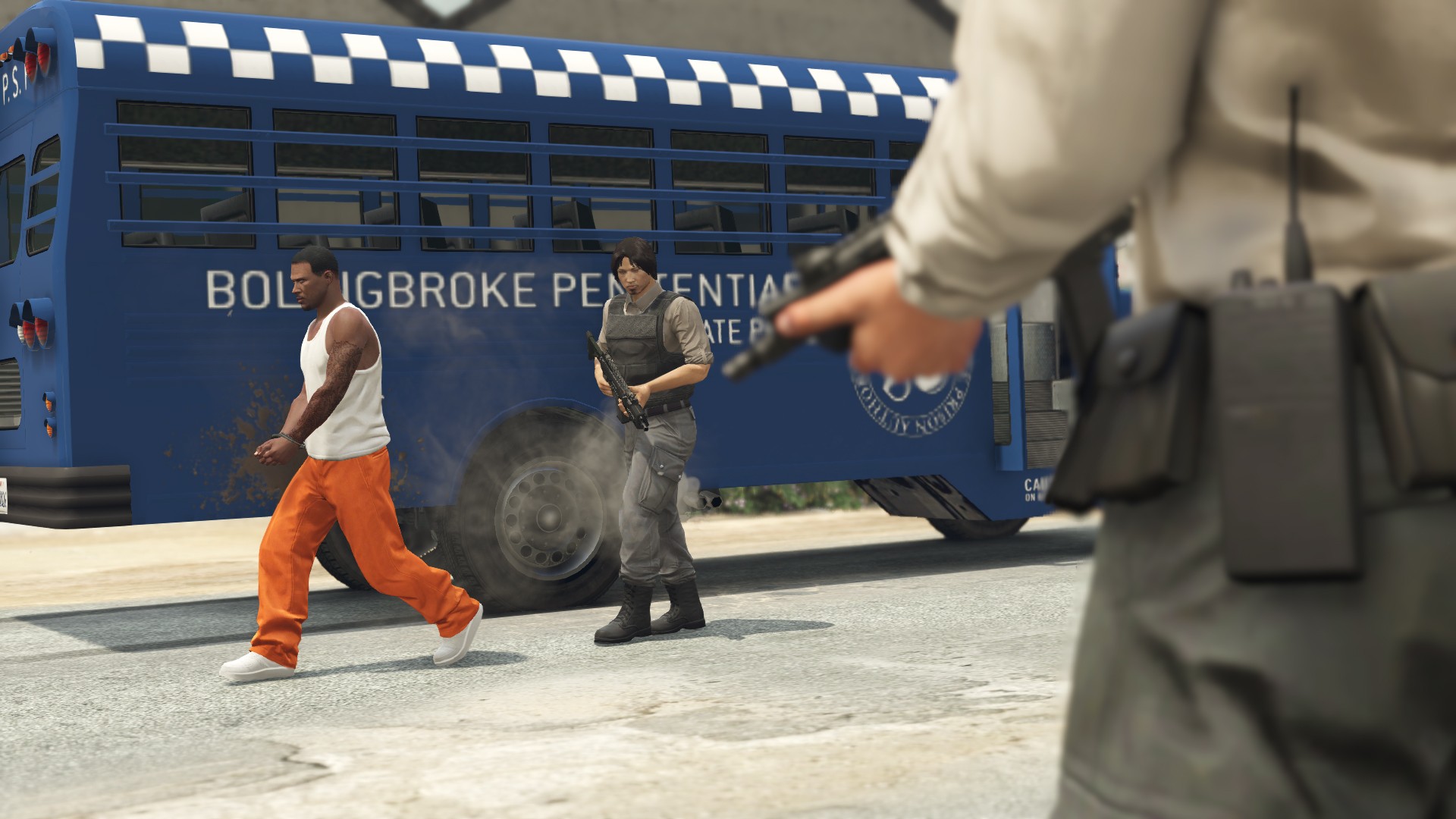 This is a four-person job, so be sure to have the needed people before you start. Your job is to break a scientist out of prison using a lot of vehicles while doing it.  Similar to the other heists, you need to do a setup and then execute it. However, unlike the rest, there are four total setups here, which definitely makes this a lot harder.

The Payout goes as following:

Also, if you manage to complete this task, you will be able to unlock the Lampadati Caso on the Legendary Motorsport website, a five-seater Velum Plane on the Elitas website and a Prison Bus on Warstock Cache and Carry.

Similar to the other heists, there are a couple of elite challenges to do. If you manage to do them, you will earn a bonus of $100,000 USD. The challenges are as follows: 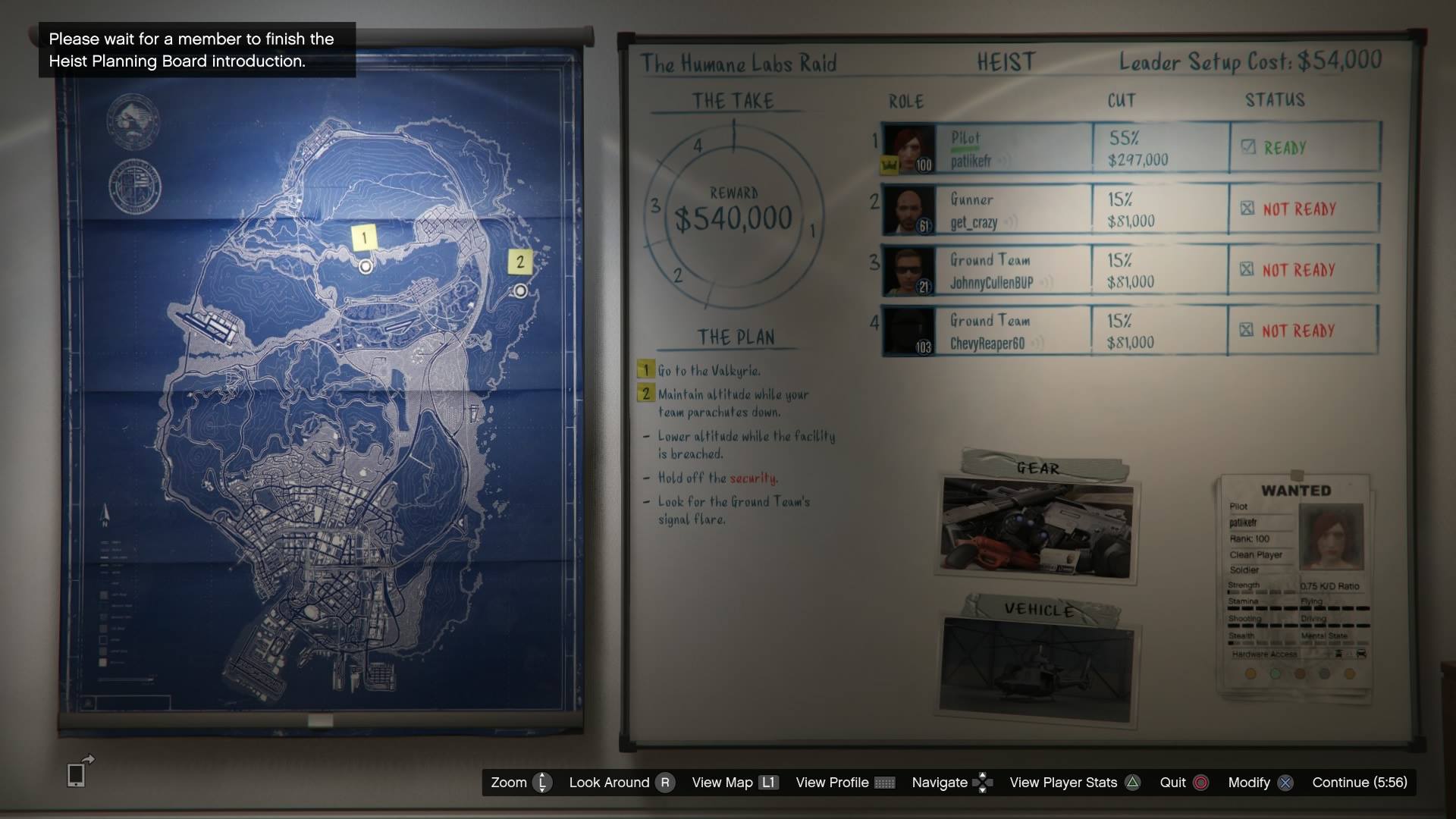 This is also a four-person heist which requires you to steal several documents from a research facility. It is also a hard task to pull off because there are five setups which you need to do. In fact, this might be one of the first really hard tasks to do, which means that you need to have good coordination with the people doing it.

If you complete this one successfully,  you will unlock the Mammoth Hydra, Valkyrie Attack Helicopter, HVY Insurgent Pickup, HVY Insurgent, Nagasaki Dinghy on the Dock Tease website. All of the mentioned above are extremely expensive toys which you can get, so try to maximize the reward from the heist.

The Elite Challenge here is composed of several stuff which you need to do. First, you need to complete this challenge under 11:00, the Vehicle needs to take 2% or less damage and last, but not least, nobody has to get wasted. 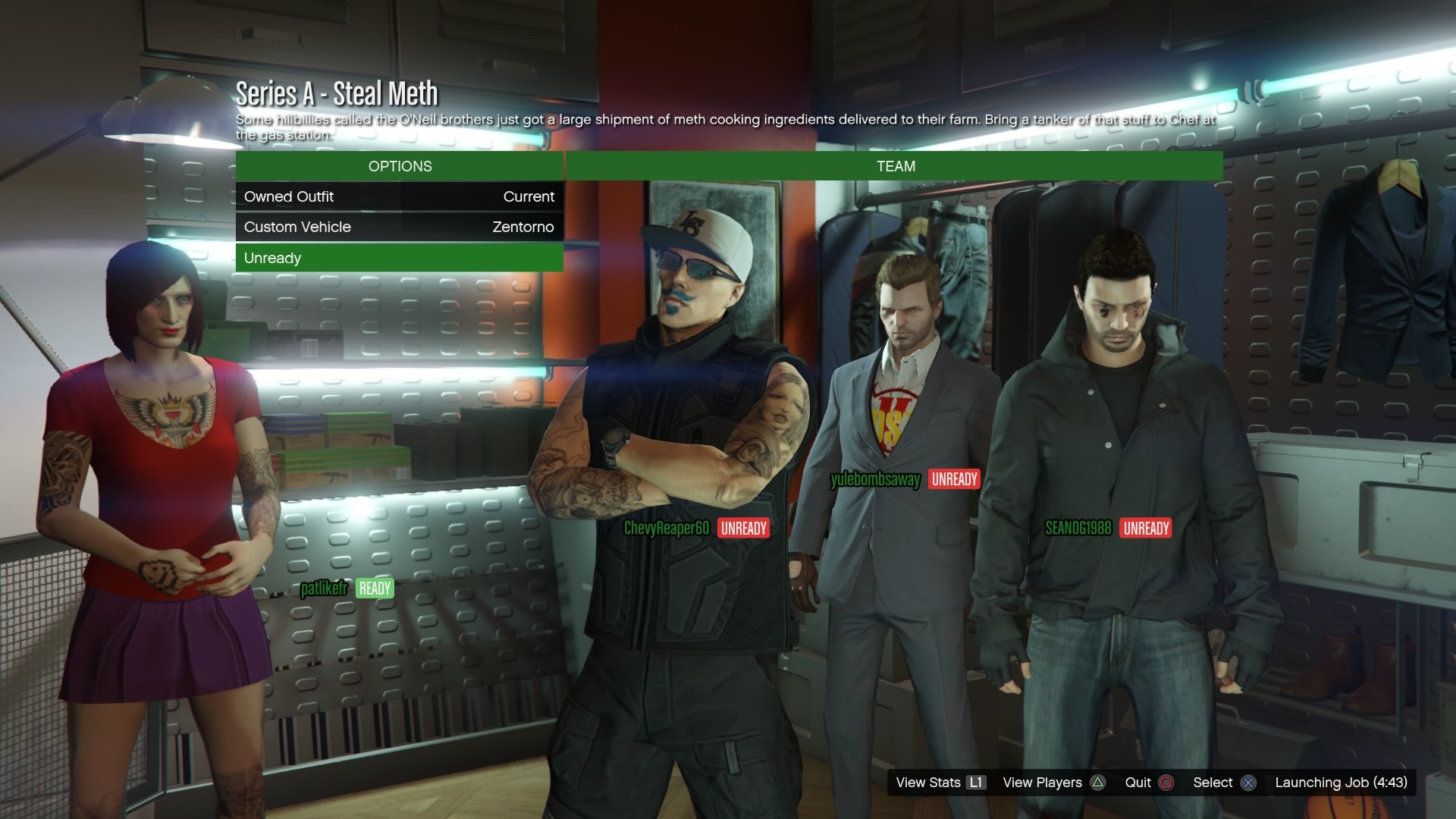 The entire cost of doing this heist is around $40k, which is a pretty hefty price to play. However, the reward is definitely worth it because you get a minimum of $200k on easy. The elite challenge here is to finish in less than 6:30, kill at least 75 enemies and save all of your squad so that no one actually dies.

Similar to the previous heists, there are five missions in total which you need to complete. 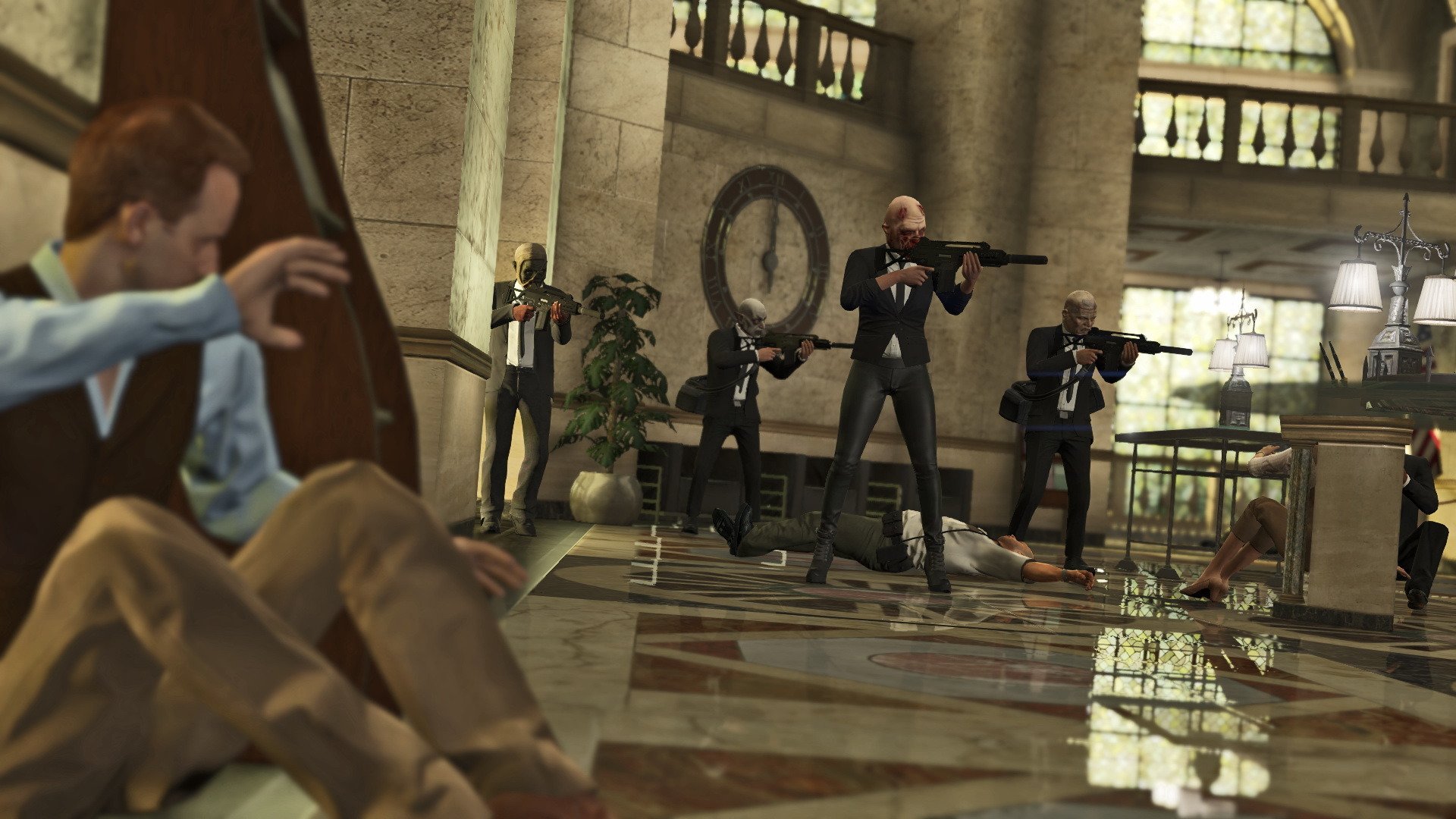 The last heist on our list is the grand four-player heist, which is basically similar to many movies we've seen before. In fact, this one requres the most time and preparation of all.  It has five setup missions and a big grand finale. Of course, needless to say, the payment reward is definitely worth it:

In addition to that, you will also unlock a Brute Boxville, a Savage Attack Helicopter, a Declasse Gang Burrito and a Principle Lectro, which is a legendary bike.

The Elite Challenges here are: