Ever since the Grand Theft Auto Five came to existence, it became one of the most popular games out there. The GTA name has always been a synonym of excellence when it comes down to gameplay, crime stories, and overall incredible things to do. Even though it might seem like a pretty straightforward game of you just doing missions and roaming around, it has a lot more into it. Having said that, there are tons of secret areas and places where you can go which are not known by the vast majority of the people that play GTA.

In addition to that, there are various hidden gems which can also enhance your gameplay dramatically. Of course, these arenas can range from either some small buildings to some enormous fields full of interesting stuff.

In general, every single GTA game has some secrets but this one is definitely the biggest one yet. Ever since it's release way back in 2013, the Grand Theft Auto Five became one of the most consistent games in terms of a fan base and sales. In addition to that, Grand Theft Auto Online increased this number even further because of its amazing gameplay allowing the players to get different personalities in the game itself.

Having said that, there are tons of side missions, mini-games as well as a lot of weed for you to discover. However, some of the biggest secrets in the game are well hidden, which means that you have to roam a lot of time until you can actually find what you've been looking for.

Let's take a look at some of the most well-hidden places in Grand Theft Auto V.

The first secret location which is awesome to be is called the Secret mine. In order to get there, you need to go deep in the mountains and look for a wooden doorway which will keep you outside from entering the place. It is kind of easy to find this place because it just looks very strange compared to the surrounding places. When you open the door, you will head straight into a creepy mine which is as dark as hell itself. However, you can still explore it and find amazing stuff. Be careful though because it is definitely a lot larger than it looks. Also, not far away from the entrance, you will also notice a dead man who used to work here. As far as the story goes, he has been there since the 1940s. 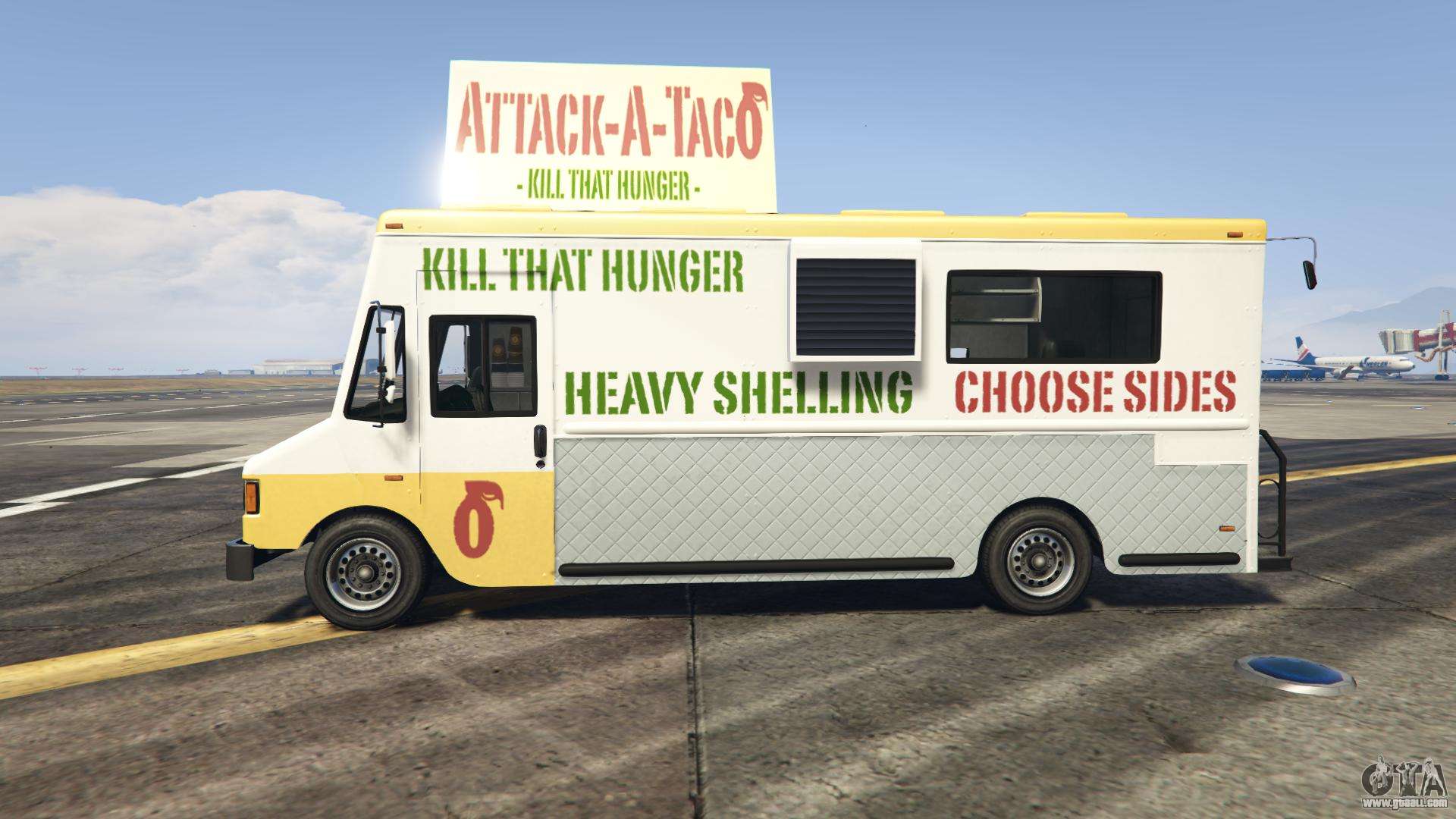 Everyone loves tacos, even your character in Grand Theft Auto V. That's why this is considered to be one of the best places in the game because it can also be found in many places around the world. It is important to know that this is very wide-spread while you are playing the single-player campaign. However, during multiplayer, the situation is very different because this van is actually pretty rare.

Having said that, if you want to stumble across it, be sure to be online between 13 and 14 PM in-game time because that's the only time-window when this thing spawns. When the time comes, go to the North of Sandy shores and you will see the van standing there surrounded by patrons. Also, let's not forget that apart from providing tacos, this van is also amazing to use a transport tool because it can carry a lot of people, which make it perfect for a heist mobile.

Last, but definitely not least for some players, you will also be able to brag a lot because there are only a few people who know that the van even exists.

If you go to the west side of Los Santos, you will see a big clock tower which actually projects the current time of the day in the game. While this is pretty cool indeed, not many people actually know that you can get on top of this building if you want to. In order to do this, search for a ladder in the nearby building which will lead you to the top.

Once you get to the top, the view is definitely worth it because you will be able to see pretty much anything you want. In addtion to that, you can also take a screenshot and send it to your friends to brag about. After all, not many people how to go there.

Lastly, this is also a perfect place if you just want to shoot at people without revealing yourself. You can definitely troll your friends and by the time they realize what's happening, you will be long gone. 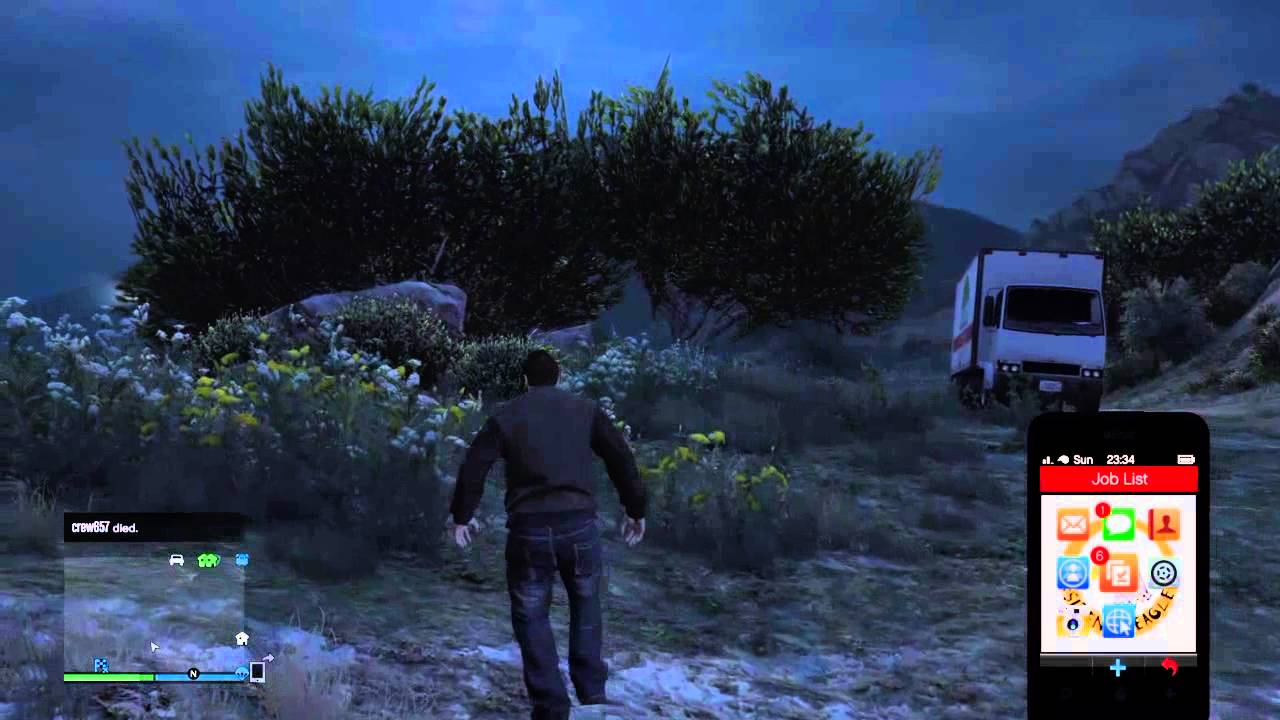 This place is located near a large seaside campsite on Mt. Gordo Drive.  In fact, this is one of the few places where you can have a supernatural experience in GTA 5 (of course, we are not counting the times where you can just get HIGH AF).

The first thing to do is to know that in order to even "start" the experience, you must be there between a specific time - 11 to 12 PM in-game time. As soon as you go there during this time period, you will see a ghostly sight at the nearby mountain. In addition to that, there are many voices which maker they experience something which will you have a hard time forgetting.

Having said that, definitely the most memorable one has to be the insane loud scream that happens from the Oceanside. If you are into ghosts, this is definitely the place to be.

The Real House of the Tennis Coach

Do you remember this incredibly fun mission where you catch your life cheating on you with your tennis coach? After you start chasing him, he will run into his house located in the hills and then you proceed to destroy it only to find out that this isn't actually his house. Instead, the house belongs to one of Los Santos's strongest mobsters called Martin Madrazo. Having said that, if you ever wondered where is Kyle's real house, look no further.

All you need to do to find is just drive down the street opposite to the one on which is Madrazo's house. Right across from that, there will be a small house which does not really fit in with the rest. Once you go there, check the back yard and you will be able to see a lot of tennis rackets and balls just staying there.

The Los Santos International Airport is one of the coolest places to be because there are planes there. However, despite the fact that there are a lot of players there all the time, some of thems till have no idea that there is a small secret place there.

When you go to the airport, go to the big building there and look around until you see a small cluster of building at the southern-most tip of the map. Once you go there, head around the backside of it and you will stumble across a staircase with doors at the top of it. Go through them and you`ll find a big hall which leads to a wide area with a couple of vending machines.

Even though there is not really much going on, it is still a cool place to be because there are not many people who know of its existence. 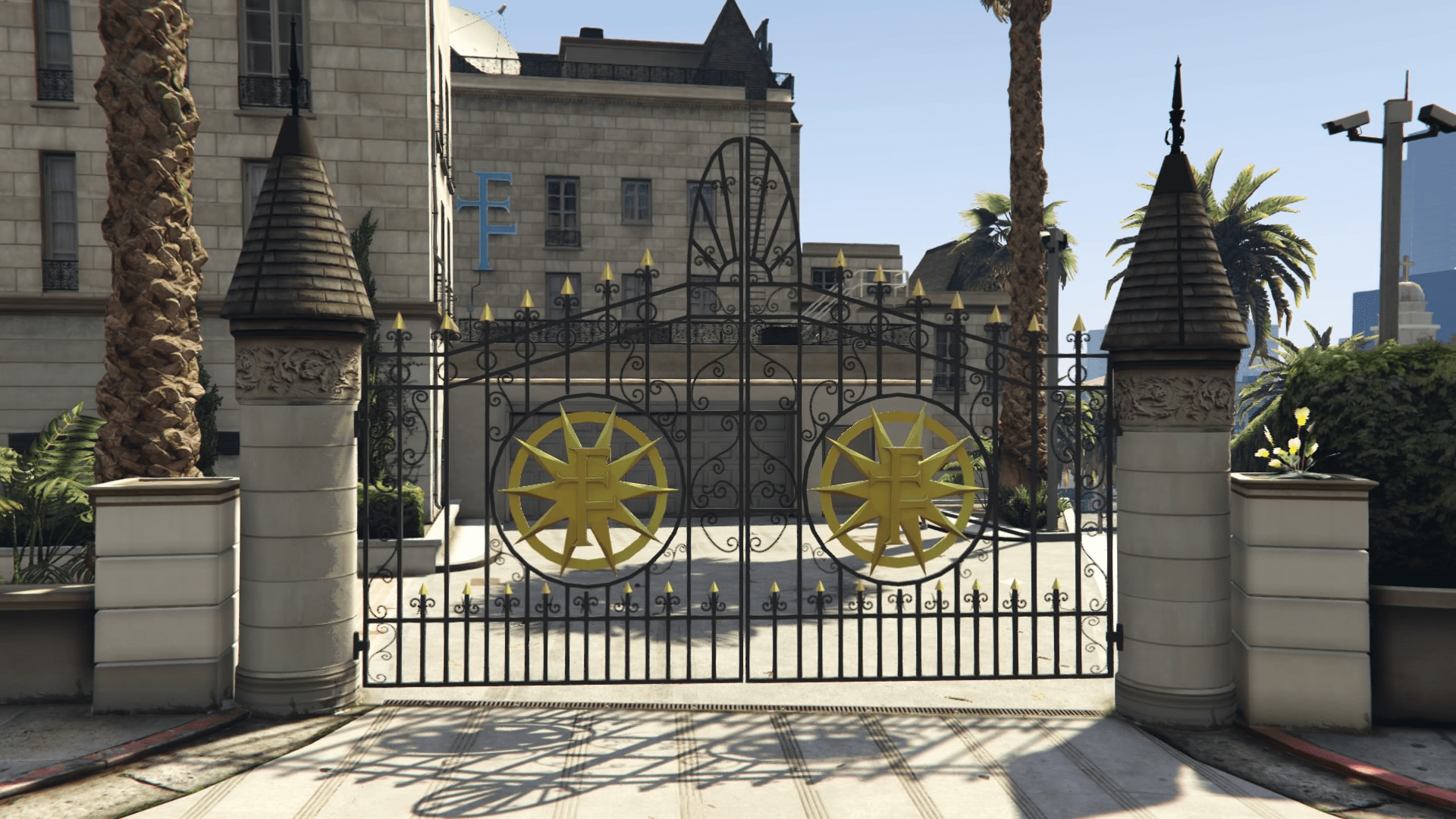 This spot is also very unique because it provides an amazing view, similar to the clock tower roof. Also, let's not underestimate the sniping capabilities as well - it is dead easy to just stay there and shoot at people. Having said that, it is definitely a lot harder to get there unlike the roof mentioned above.

First, in order to get there, you need to go to the Epsilon building which is located in the corner of the Rockford Drive and the Rockford hills. Once there, go through the main gate and then turn left until you see a small path.  On the left from where you are standing, there should be a hidden ladder which you need to take. While you are climbing up, there will be another ladder which will show up so just grab on it and continue to go to the top. After a couple of seconds, you will be able to see a unique vantage point of the city

This is a little bit of a strange place bur despite that, it is still cool to see. However, getting there can be a little bit hard because you need to get a helicopter first and then fly to the upper half of the Mt.Chiliad. Go to the place on the map where they are aligned with the Paleto Bay and from there, go the left side of the rocks until you see the beautiful art on the rock.

It is important to note that that this face has different colors and look depending on the platform you play on. This is definitely something which is very interesting to see. However, some people might not find it that interesting, so keep it in mind in case you and your friend want to go there. After all, it is kind of hard to get there so that last thing you would want is your friend to just flame you after you've wasted half an hour to go there. 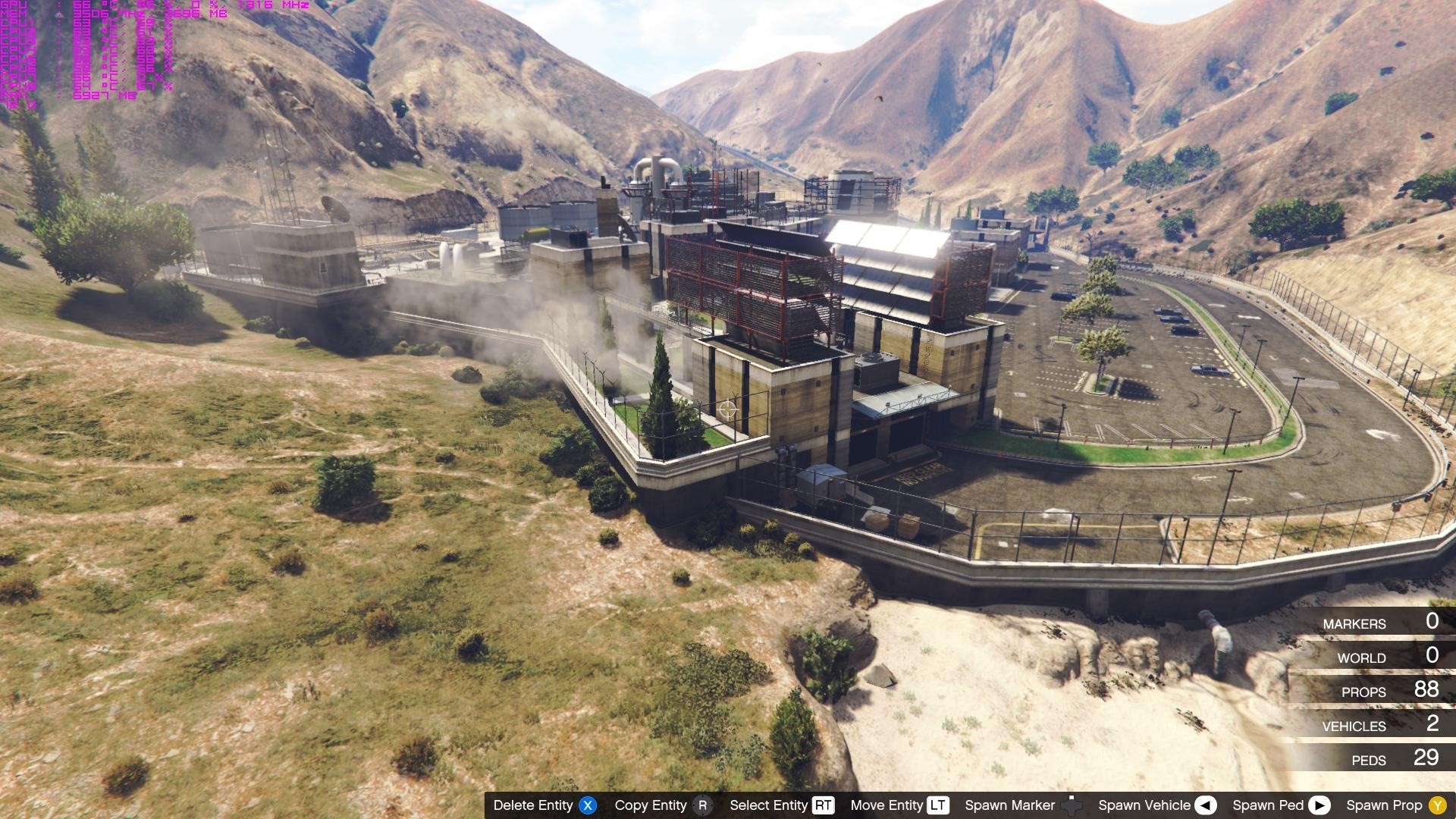 The Humane Labs are a place where you can go as Michael while you are doing the campaign of the Grand Theft Auto. In fact, it is a part of the infiltration and extraction mission with Dave and Steve. Having said that, not the entire part of the lab is accessible while you are there. Also, if you've been there, you know that the moment you step in, you instantly get four stars in the police rating, which is definitely not something that you want to deal with.

That's why if you want to explore this place properly, you need to enter while you are playing GTA: Online. However, in order to get there, you will need to go near the building and accept a job that basically involves you staying somewhere close to it. As soon as you do that, quickly go to the menu and just cancel the job. This will trigger a glitch and spawn the player inside the laboratory. Once there, you can explore plenty of stuff. 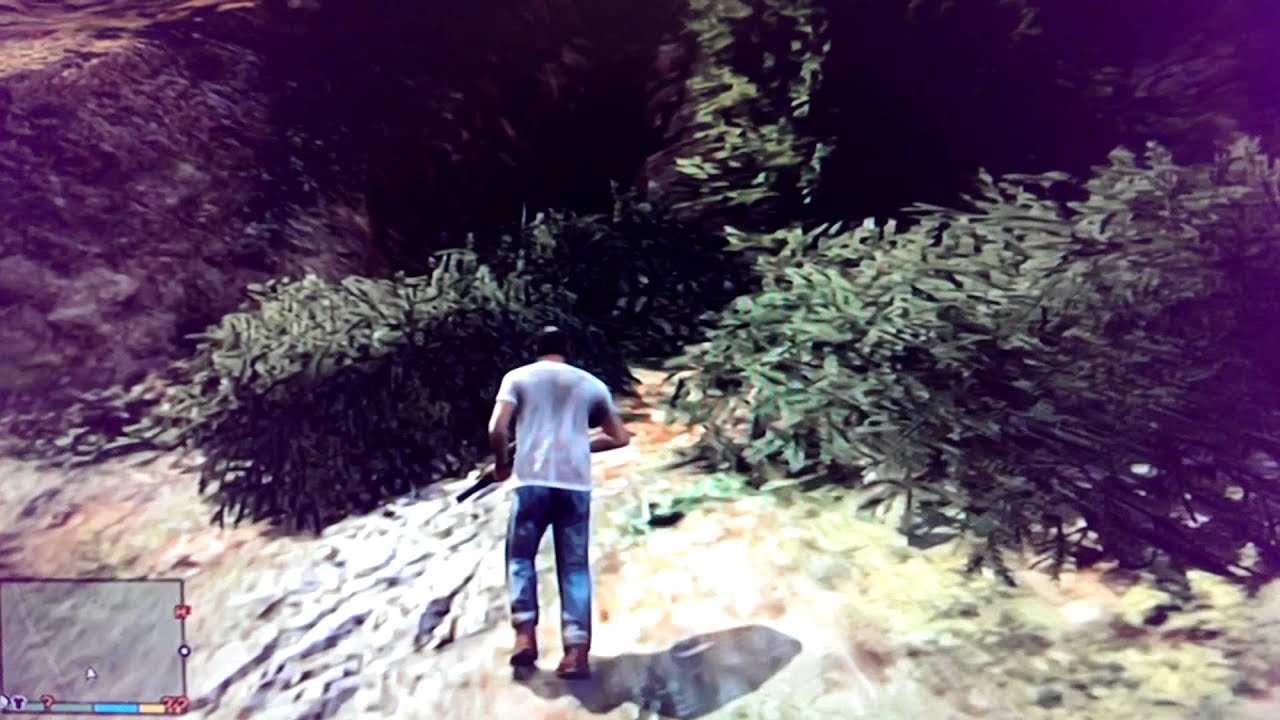 While you are on the path from Tonga Drive, there is one amazing place which is definitely worth taking pictures of. In fact, many people consider it to be one of the coolest places in the entire game. However, it is so well hidden that you might not even realize that you actually discovered it until you get very, very close to it.

Once you go tot he Tongva hills, head towards a rocky dead-end. There, you will see a big shadow which seems like it belongs to the rocks. However, when you go there, you will see that there is a big crack between the rocks and there is just enough space for you to go in. There is not really much to see there, however, if you look back, you will be able to see a beautiful view of the entire mountain and the amazing horizon. It is definitely worth the visit, especially if you are into amazing views.