Gears 5 developer The Coalition recently shared information on the game’s PC version. Similar to Gears 4, the new game will also be able to support a wide range of PC features and numerous customisation options.

The Coalition's blog post shared Gears 5's minimum, recommended and optimal specifications, the latter making room for some high-level features. However, the Steam version will require an Xbox Live login to play. This will allow saves file synching between all versions, and though cross-play is available on the Steam version, will not be cross-buy with the Windows Store and Xbox One versions.

This means that buying the Steam version will not make it available on the Windows Store and Xbox One but purchasing on a Microsoft owned platform will make it available on its other platform. Xbox Game Pass PC subscribers will get access to the game on launch day while Xbox Game Pass Ultimate PC subscribers will have access to Gears 5 Ultimate Edition and a four-day early access.

Gears 5 supports over 35 customisable settings, HDR10 and Dolby Atmos. It also features an optional download pack which provides players with high-resolution textures for systems that can handle it. Here are the PC specifications. 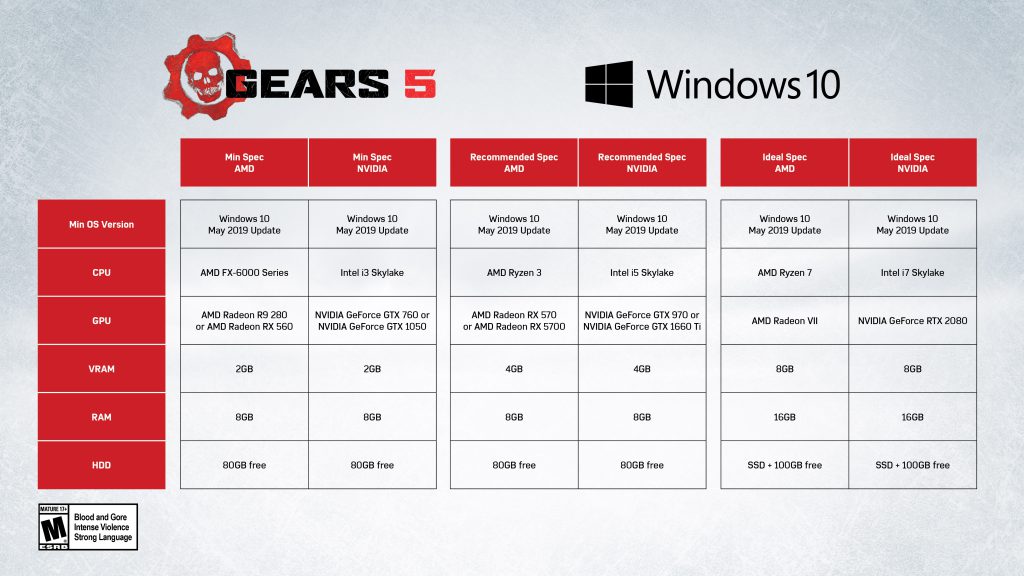 Gears 5 will be released on September 10 for PC and Xbox One, but the owners of the Ultimate Edition will gain access early on September 6.