Shigeru Miyamoto was born on November 16, 1952, in the Sonobe city (Kyoto, it was incorporated into Nantan, together with the nearby Sonobe settlements, in 2003). Shigeru's parents were school teacher Iijake Miyamoto and Hinako Aruha. As a child, Miyamoto didn’t have a TV, and he spent a lot of time inventing and making toys, and also painting. He loved to explore the surroundings of the city: he found picturesque caves and lakes in the mountains near the house, which subsequently inspired him to create some episodes from computer games. He often travelled to Kyoto, where he loved to watch Disney cartoons in cinemas.

Miyamoto graduated from the Kanazawa Municipal Art College in 1975 with a degree in industrial design. He met the owner of Nintendo Corporation Hiroshi Yamauchi in 1977, who turned a small company for the production of playing cards into the world's leading games production company. Nintendo needed designers, and Miyamoto became an artist in the planning department. 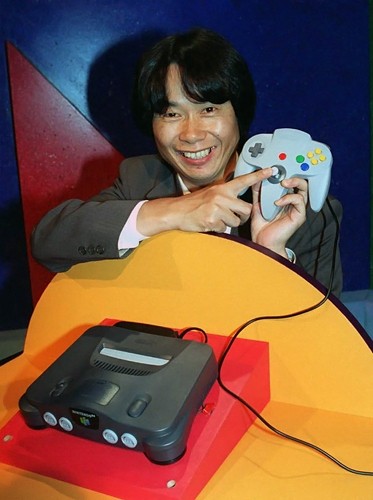 At first, he was involved in creating simple games and characters for the early Nintendo arcade games: Space Fever, Sheriff and Space Firebird. In 1980, Nintendo faced significant losses due to the failure in US sales of slot machines with the Radar Scope shooter. Miyamoto, who participated in the Radar Scope creation, suggested reprogramming the devices for the new game he had invented: Donkey Kong, in which the main character - the Jumpman carpenter - had to save his girlfriend from a giant monkey. Miyamoto developed the characters and also composed the music for the game.

Donkey Kong had massive success in the USA. Subsequently, Jumpman changed his profession to a plumber and was renamed Mario, eventually becoming a symbol of Nintendo and one of the most recognisable characters in computer games. According to PC World, Miyamoto, thanks to the creation of Mario, “saved” the gaming industry in the early 80s. Largely thanks to him, Nintendo has become the wealthiest company in Japan, overtaking even the automotive giant Toyota. 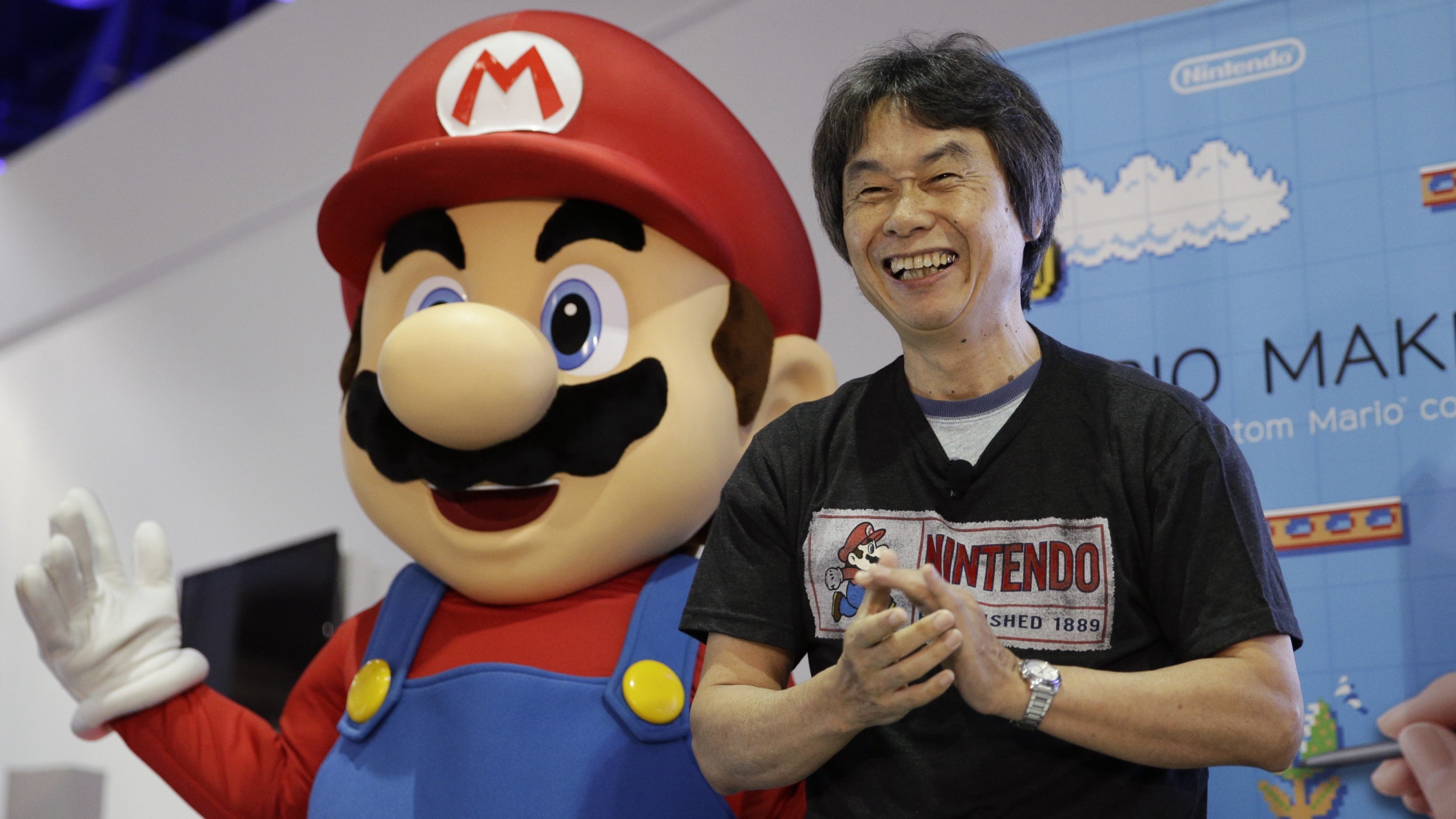 Miyamoto was one of the leading creators of the Nintendo games, including the Super Mario, The Legend of Zelda, Star Fox, F-Zero and Pikmin series. Shigeru participated in the gaming consoles development, including the Nintendo Entertainment System (NES), one of the most popular eight-bit home consoles of the 80s, in which the D-pad game controller was used first - later it became the industry standard. Nintendo received an Emmy award for it in 2007.

In 1993, a book named “Game Over: How Nintendo Zapped an American Industry, Enslaved Your Children” by David Sheff was published in the United States. There he accused the leadership of Nintendo and Miyamoto personally of corrupting children and promoting violence.

"Games are a trigger for adults to again become primitive, primal, as a way of thinking and remembering. An adult is a child who has more ethics and morals, that's all. When I am a child, creating, I am not creating a game. I am in the game. The game is not for children, it is for me. It is for an adult who still has a character of a child." - Miyamoto. 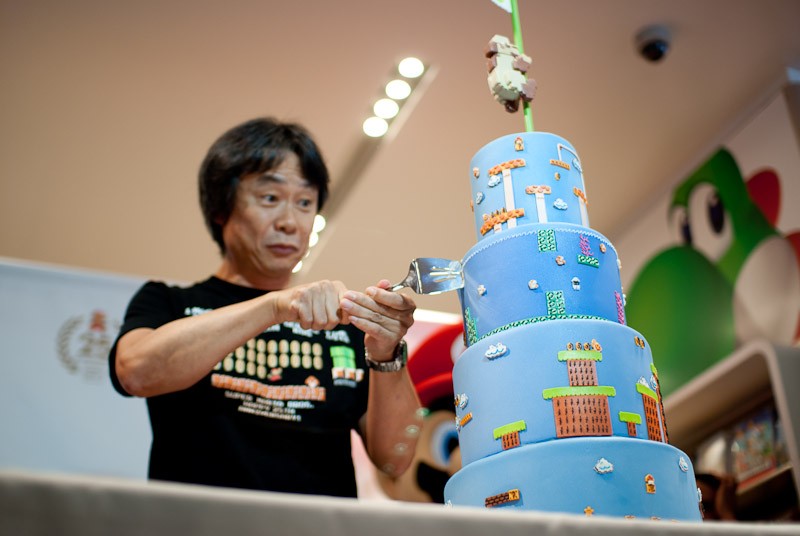 By the time Hiroshi Yamauchi (the head of Nintendo) retired, he was the richest man in Japan with a fortune of $ 8 billion, while Miyamoto, to whom Hiroshi owed much of his wealth, was never considered a rich man. In 2008, he served as Nintendo CEO and headed the analytics and development department of Nintendo Entertainment, responsible for creating about 30% of the company's games. In particular, he was the author of the Nintendogs game idea for Nintendo DS, in which the user could feed, train and play with a virtual dog using a touchscreen. This game has won many awards and prizes, including the "Game of the Year 2005" from The Associated Press and the "2006 Innovation Award" from PC World. 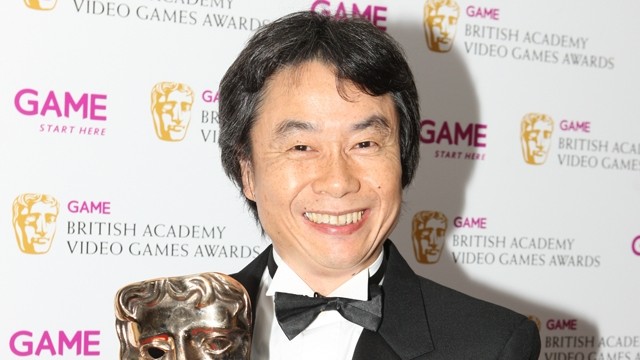 Shigeru participated in the Wii game console creation, which was more popular than Microsoft’s Xbox 360 and Sony’s PlayStation 3 in Japan. During the Wii developing, it was decided to concentrate not on the console’s capacity, but the gameplay. Miyamoto created some innovative game controllers for this console, including the central controller. It was equipped with a motion detector, the wireless Wii Remote, which allows you to control the game with gestures, as well as the active Wii Balance Board scales (supplied with the Wii Fit game), which made it impossible to practice yoga looking up from the game. In addition to managing the Wii program, Shigeru also led a project to promote the Nintendo DS portable gaming console.

Miyamoto became a Chevalier of the French Order of Literature and Art for achievements in the gaming industry in 2007. In December 2007, he was awarded the prize of The Economist magazine, and in 2008 he headed the rating of the most influential people in Time magazine, compiled from a readership vote.

Shigeru is married to Yasuko Miyamoto, the former CEO of Nintendo Japan, and they have two children. The American press noted that Miyamoto might establish his own company in the West a long time ago, but he remained loyal to the Nintendo corporation in his homeland, staying, in fact, a simple employee. It is also noted that Miyamoto practically doesn’t speak English. His hobbies include yoga, cycling, bowling, and music: Miyamoto enjoys listening to the Beatles and Lovin'Spoonful.

He is equally good at using his right and left hands, loves to play the banjo and piano, goes to work by bicycle and breeds dogs. All of Nintendo’s new products (including Wii Fit, Nintendogs, and Wii Music) were somehow based on Miyamoto’s hobby, so in August 2008, to protect trade secrets, the company prohibited him from telling in an interview about his hobbies.

66-year-old Shigeru Miyamoto says that he wants to see people in the company, who create new types of games, rather than sharpen existing ones.

“I’m always looking for designers who aren’t very passionate about the game,” Miyamoto said. “I’m doing this to ensure that they aren’t just gamers, but owners of many different interests and skills.” 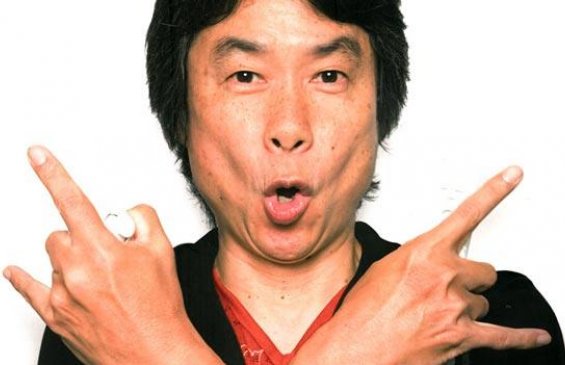