Kojima was born on August 24, 1963, in Tokyo, but didn’t live long in the capital of Japan, as his family moved to the west of the country. Game designer’s childhood can hardly be called happy because his father died when Hideo was only 13 years old. This dealt a severe hit to both the moral and the material condition of the family. Kojima was alone often after school because all the adults were at work and there was no one to look after him. Creativity became a consolation for a teenager. Kojima admitted later that he couldn’t be alone in a room for an extended period. It should at least have a working TV on. As in life, he seeks to surround himself with as many creative people as possible, since only they can truly understand what is going on in his soul.

The Japanese mentality implies that every adult citizen must have a serious job and a stable income. Hideo had a living example - his uncle, who was an illustrator and could barely make ends meet. Hideo’s attempts to realize himself in the literature didn’t succeed. He regularly sent his stories to various publications, but none of them was published. The fact is that many of Kojima's stories didn’t fit into the format: some of them were longer than 400 pages, while the size of an ordinary novel in a literary publication was about 100 pages.

Later, Kojima decided to focus on making amateur films. With his friend, he began to experiment in this direction. Hideo successfully transferred his experience with literature and cinema to his game projects. After all, many of them are difficult to distinguish from the movie, because of the scope of the action. 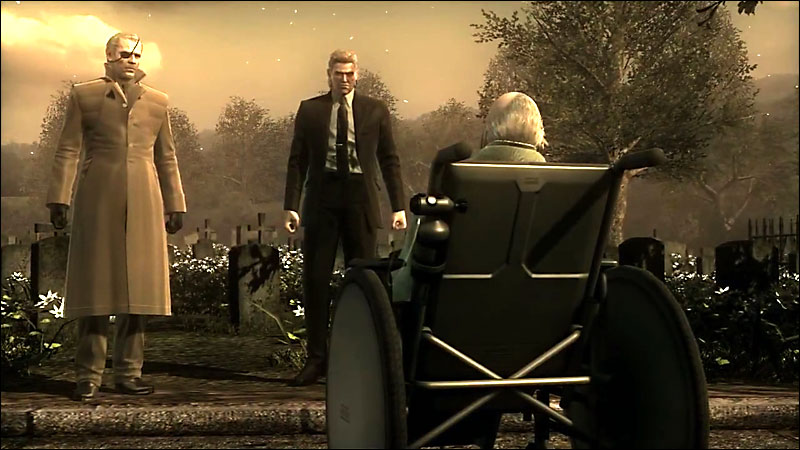 In his youth, Hideo often played Super Mario on the NES console, it was then that he got the idea to try himself in the gaming industry.

A young and inexperienced game designer was hired in 1986 by Konami, which had severe experience in the arcade market, but at the same time took the first steps in the computer games development. Although it wasn’t so difficult to get a job at a company like Nintendo at the time, game development in Japan wasn’t considered prestigious. At first, Hideo was embarrassed to admit to friends that he was a game designer and was lying, that he was working as a financial consultant.

The first game, in the development of which Hideo took a direct part, was an action-game Penguin Adventure, released in the same 1986. The project turned out unexpectedly deep and included RPG elements, mini-games, a system of buying items and, most importantly, several endings.

After the success of the game about the penguin, Kojima was entrusted with developing his own project. This was the first part of the cult game Metal Gear Solid. The stealth action, which was released in 1987, surprised players around the world with its unique gameplay. During the game, players had to not shoot in all directions, but hide from enemies. The plot was different from the usual too, the characters strongly deceived each other during it. The game became a big hit and marked the beginning of a multi-year series that influenced both the genre and the gaming industry in total. To tell about how good the game is, which has more than 10 numbered parts, spin-offs, and remakes, we don’t have enough 5 articles, so we advise you to learn about the franchise personally. 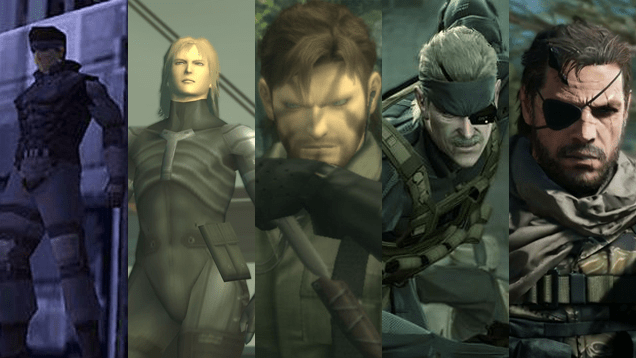 Kojima managed to take part in the development of the cyberpunk game Snatcher, which was released in 1988, between the projects of the Metal Gear series. The main hero of the game was a detective investigating crimes committed by a group of robots who apparently didn’t differ from ordinary people. Do you know this story? Yes, you are right, many elements of the game were borrowed from Ridley Scott’s cult film Blade Runner. Snatcher was warmly taken by players and the press, but, unlike Metal Gear, didn’t grow into a full-fledged franchise.

Another Kojima's project that had nothing to do with Metal Gear was the Policenauts quest released in 1994. The game, dedicated to the adventures of the space police from the future, hasn’t gone beyond Japan. But those Western players and journalists who managed to know it better were delighted with the thought-out world, a lot of gameplay elements and famously swirling plot, which has already become a Kojima’s thing.

Thanks to the success of Metal Gear and other projects, the game designer has his own division within Konami. The internal studio was named Kojima Productions. From 2005 to 2015, the studio company delighted fans with regular parts of Metal Gear game.

Unfortunately, Hideo's relations with employers were not as good as with the public. The Konami's leadership wasn’t satisfied with the fact that Kojima's projects require more and more investments, and the developer himself breaks deadlines time after time. In turn, Kojima believed that his salary should be directly related to income from projects. Mutual claims were accumulating, and this resulted in the fact that Hideo didn’t have time to finish the work on Metal Gear Solid 5: The Phantom Pain. It’s good that the game even reached the release. Silent Hills project had no luck, on the development of which worked not only Kojima but also the famous director Guillermo Del Toro. A demo version of the project, released under the name P.T. had a strong influence on the genre and forever remember gamers around the world. The full game was canceled after Kojima left Konami.

Disorder with the old publisher meant a new round of path in the work of Kojima. Together with Kojima Productions re-assembled, Hideo came under the wing of Sony and began working on Death Stranding, the most mysterious exclusive for PlayStation 4 and one of the most anticipated games. We don't know many details about the project. We have only a few mysterious trailers, from which you can take some features. For example, what the health indicator will look like or what will happen to the main character after death. But we still don’t have a clear understanding of the plot or gameplay.

We must admit that Kojima regularly stirs the pot by periodically poking fun at players and journalists seeking to find deep meaning in each frame of the trailer. So, answering the question “what does the tear that the hero put in one of the trailers mean?”, the game designer simply shrugged his shoulders and said that “the protagonist is simply sad.”

Kojima gets real pleasure from working on the current project and especially from what he managed, without undue pressure from the publisher, to gather around him a team with whom he had to work on Silent Hills. In work on Death Stranding take part director Del Toro, actor Norman Reedus, as well as Mads Mikkelsen, with whom Kojima has a real friendship.

Although the real release date of Death Stranding is still a mystery, players around the world are ready to wait (and so do we, yes). After all, the game designer has the opportunity to open up best, with received creative freedom. And this means that his next game has every chance of becoming a real masterpiece.