Now only a person who is far from the Internet in general and Twitter, in particular, did not see the variety of coubes, memes and arts on the Devil May Cry 5 game - a long-awaited new project, in the creation of which (unlike the 4th part) video game director Hideaki Itsuno took part. You are now enjoying the special effects, competent framing and viewing angle in the cut scenes thanks to this person.

47-year-old Hideaki is not a media person who parades his personal life and actively contacts journalists. However, even from those few interviews where he answered questions about games, we can gather interesting information about this talented man.

Unfortunately, we know little about the childhood and the family of Itsuno, but he started serious work quite early: at the age of 21 he already worked at Capcom, where he was developing his first game Quiz and Dragons, which was a (ha-ha) quiz with RPG elements. It came out in 1992 on arcade machines in Japan, and then the game was translated into English and published in America. 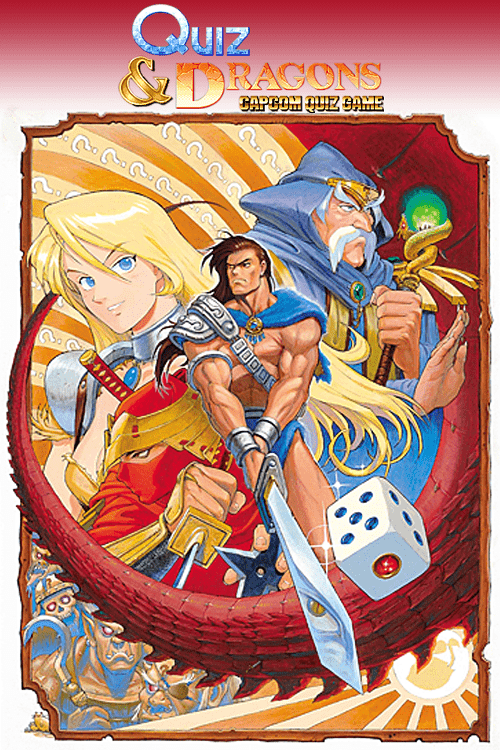 Hideaki always wanted to work with large-scale innovative games with polygonal graphics, but back then at Capcom they hadn’t done this types of projects yet: the main focus of the company was just on the same games for arcade machines.

While participating in the development of the first 3D game from Capcom - Plasma Sword (Star Gladiator in Japan), the developers had to face many difficulties, for example, frame rate instability and unconvincing movements of the characters. As a result of the work, Itsuno was dissatisfied with the graphics (the game worked only in 30 FPS), and when it came to another game that would correct previous flaws - Hideaki was the only candidate for the position of director of a full-fledged 60 FPS game. Thus, the game Rival Schools appeared - a fighting game where schoolchildren are fighters, besides, you can fight in groups of three (not one-on-one, as in standard fighting games). The idea of this game came to Itsuno after colleagues criticised his first concept and he began to think what could be attractive to all people, what unites everyone: of course, everyone goes through the school stage. 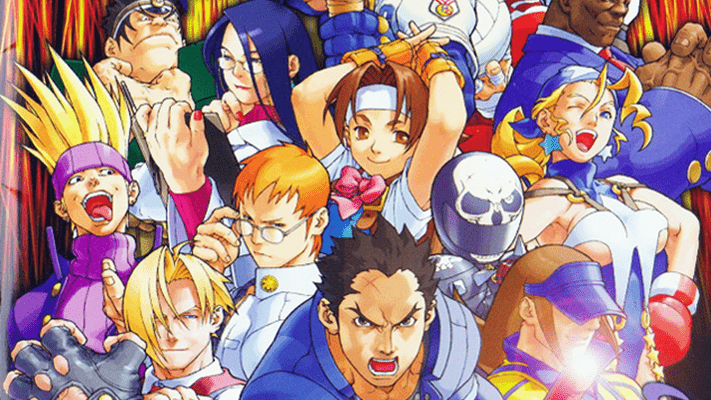 The failure of his colleague who was working on DMC2 led the game designer to the Devil May Cry series. Things went wrong for his project, which he repeatedly complained about to Hideaki. At the time, Itsuno was working on a new RPG design document. The boss heard one of these conversations and said, “You can do it, Hideaki, finish DMC 2 instead of him.” Itsuno replied: “Well, ok”.

Special thanks Hideaki feels for a well-known artist who drew a lot for the Street Fighter game - Akira “Akiman” Yasuda. Itsuno believes that it was he who taught him everything he needed to know for successful work and explained what a good design looks like. The game designer thinks that the critical point is the silhouette of the hero. It is necessary to do so that the characters look in such a way that even a child can look at the drawing and say what kind of attitude he is and what character he has. 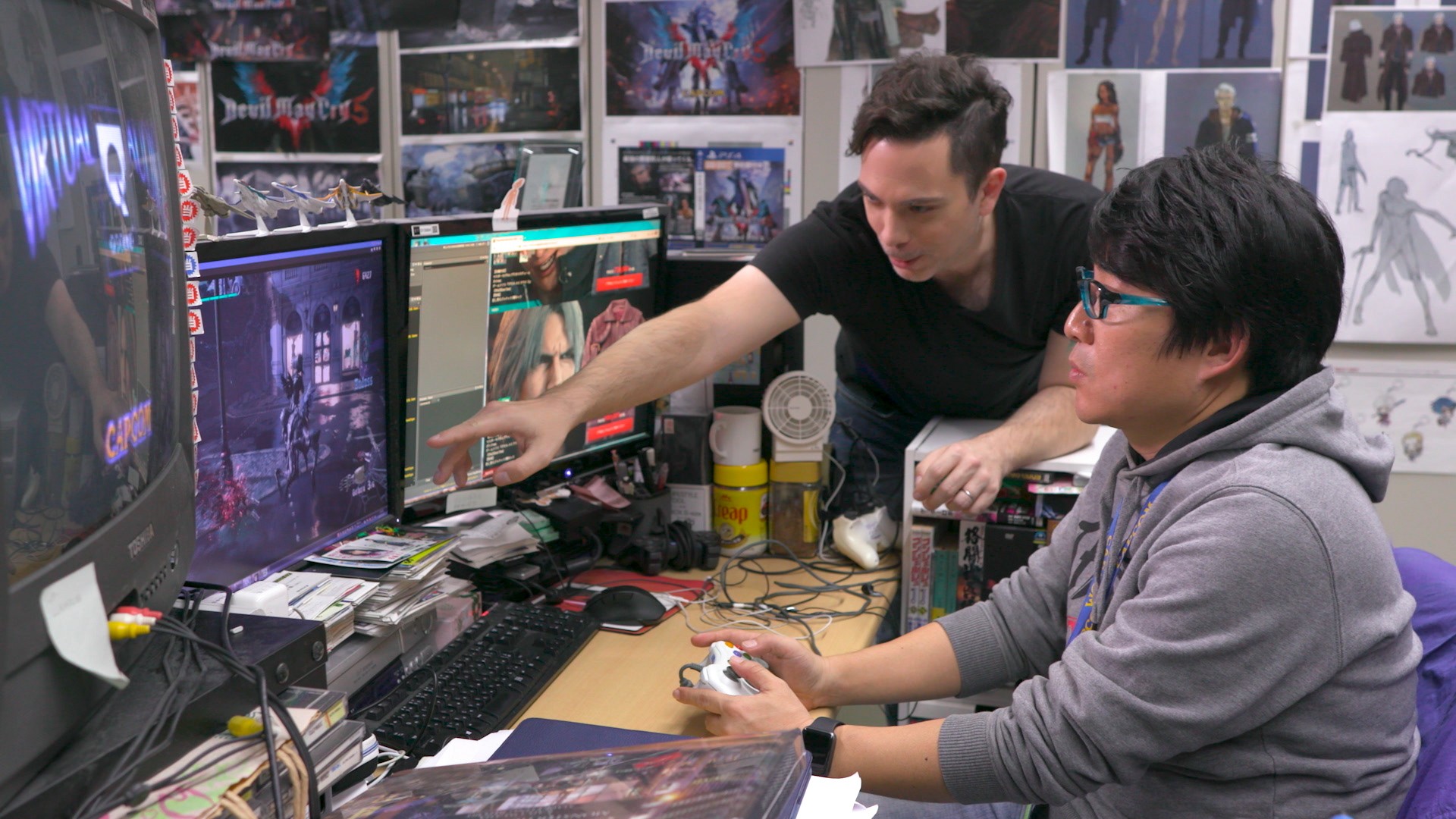 This idea was implemented under the watchful eye of Hideaki Itsuno at full capacity in the new part of DMC 5: the characters are recognisable and easily remembered, so even the gamer who is far from this series of games (hi!) becomes interested in the personalities of the characters and the game in total. The footage was lined up in such a way that the camera follows the main character and his movements more than it shows the overall picture of the battle. Hideaki wanted the fans of the series to immediately be able to say, looking even at the one screenshot, to which part of the series (3, 4, 5) it belongs. Also, with this decision, the Capcom team wanted to bring the player closer to the action so that he did not feel like an outsider, but dove into the game with his head and felt the whole style and thrill of the fight.

Despite the lack of media coverage (we don’t count his presence at gaming conferences) Hideaki is quite friendly on Twitter and doesn’t leave aside, for example, very talented cosplay. Recently, Nico's cosplay from a Russian girl under the nickname ContraMundi caught the eye of the game development manager. She presented the result of her reincarnation in the fighting Nero's girlfriend on March 7 - Itsuno saw it three days later and called it “awesome.”

The engineer Nico, who debuted in Devil May Cry 5, was liked by many fans of the series after the first game trailer, which was shown at E3 2018. She became the character of many fan-arts and became the subject of cosplayers’ interest thanks to her cute appearance. 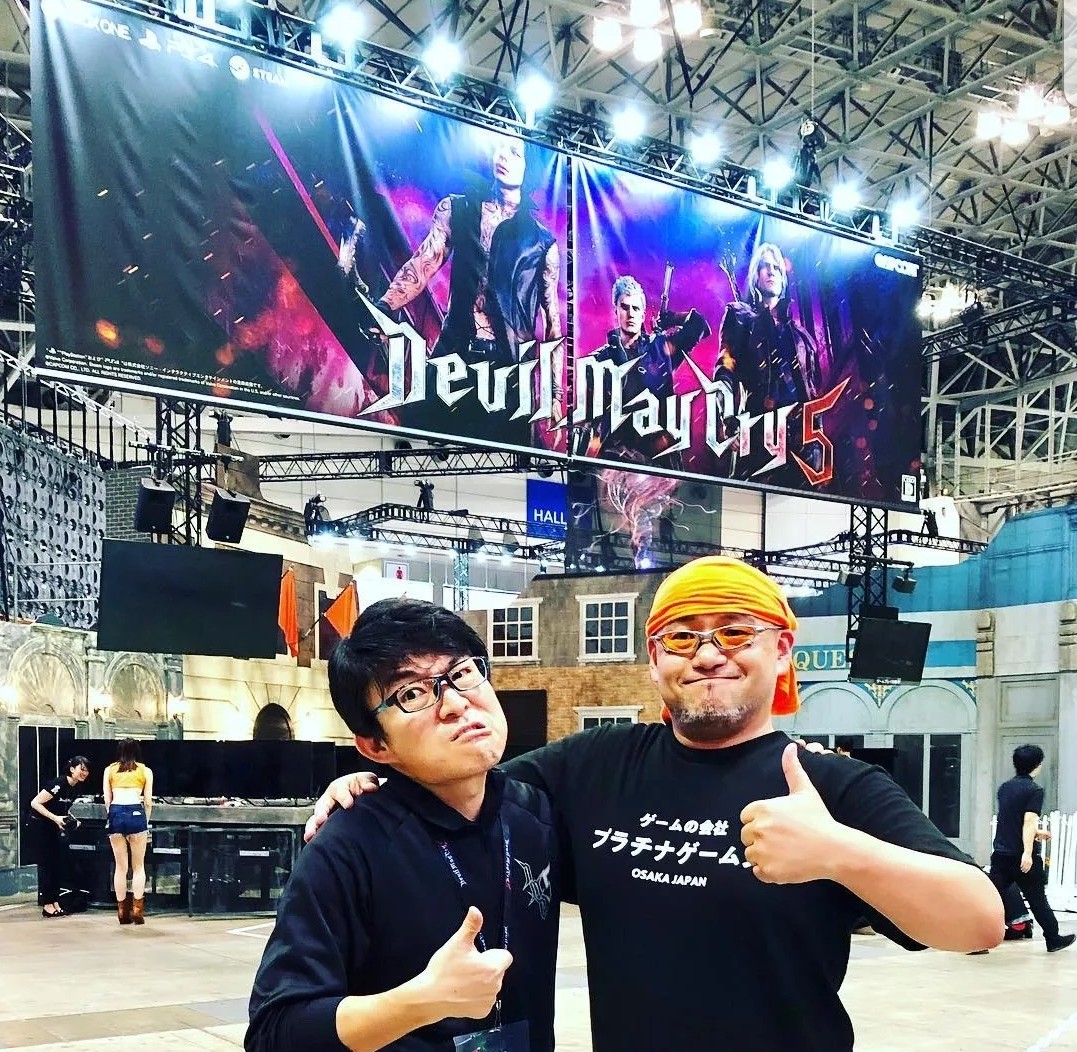 The following resources were used during the preparation of this article: DTF, Wikipedia and Darkwren.

Capcom Pro Tour NA west: Samurai Is The Last Qualifier for Capcom Cup! Would G From Street Fighter Have Won The Election? Answering The Internet's Most Asked Questions About Guile from Street Fighter CPT Europe West #2 Served Us the Unpredictability We Deserve Why Street Fighter Remains At The Top Of the Esports Scene