Daniel Vavra is the most crucial bearded man of the gaming industry, the most famous Czech developer and the person from Forbes magazine. He got the cover space after the release of Kingdom Come: Deliverance, and with the modest inscription “KING”. 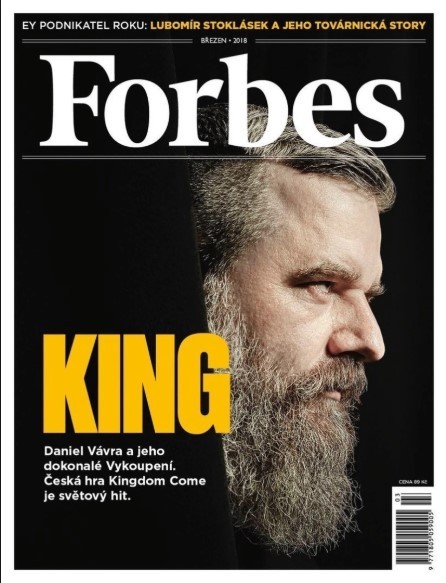 Vavra was born on September 2, 1975, in Rychnov nad Kněžnou. As a child, Daniel and his grandparents traveled a lot to castles located in the vicinity, and it seems that he became seriously interested in Czech history at that very moment. Daniel began to get involved in science fiction and fantasy in teenage years. He read a lot from the Strugatsky brothers, was a great admirer of Tolkien, but most of all he was impressed by the cycle of “The Witcher” by Sapkowski.

Vavra had his first ZX Spectrum computer at the junction of the 80s and 90s. One of his favorite games was the step-by-step tactic Laser Squad at the time, created by Julian Gollop, the future father of the first X-COM. Soon, Daniel wanted to develop games himself, but the situation with the right university was unfortunate in the Czech Republic at that times. Vavra enrolled in School of Applied Arts in Turnov. After the graduation, Daniel got a job as a graphic designer at an advertising company TIPA.

He joined the Czech Illusion Softworks studio in 1988, which was founded a year earlier. There, the creation of the game Hidden and Dangerous (a tactical shooter about World War II) was in full swing. According to Vavra, when he joined the team, the development was already at the finish line and all he managed to do was draw several textures. But on the next project, Daniel led to participate in full. This was the first Mafia. Vavra managed to be both a scriptwriter and a chief designer, he even suggested the very idea of the game himself. The development course, according to Daniel, didn’t inspire much optimism. No one in the studio had any idea how to make this scale games. Moreover, no one believed in the success of the venture, except for Vavra himself. He later said that if there had been such an opportunity, he would have changed a lot in the game: the plot could have been better structured, the city should look different. And indeed it was necessary to redo the beginning of the game because the player had to spend too much time behind the wheel. 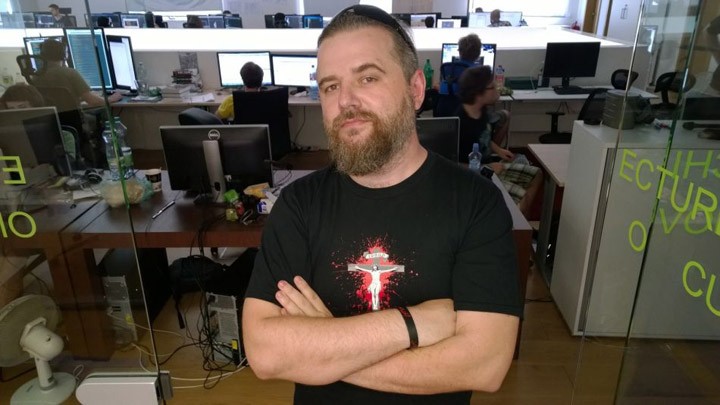 What attracted Vavra in “mafia” theme? “I like gangsters. Life is difficult, and in some historical moments even more difficult (in the same 30s of the last century). And I like people who were able to climb out from rags to riches, without education, without money, without anything. The mafia has succeeded, and it was stylish.”

The Mafia 2 replaced the first one, and turned out to be a good game, but it seems that it deserved hit status only after the failure of the third part. In the case of the sequel, Vavra was responsible for the plot but didn’t participate in the development itself. Therefore, all the players' questions, why it happened so, Daniel could only shrug. While the Mafia 2 slowly rolled to the release, Vavra switched to the plot of the third part. As a result, when it was written, it didn’t suit the studio management. So, Vavra was not relevant to the game from Hangar 13 (2K Games now).

Vavra managed to work on the sci-fi shooter Hi-Tech, but this project was canceled. Daniel himself reacted philosophically to the whole story and said: “If you work for a publisher, you must do what they say to you. That's what you get money for. Don't you like it? Then quit." Apparently, guided by this logic, Vavra left Illusion Softworks in 2009.

He founded his own Warhorse Studios company in 2011, the purpose of which was to develop the Kingdom Come game. Vavra recalled: the idea of a game about his native Czech Republic occurred to him at the age of 18.

By the time the company was launched on Kickstarter in early 2014, the game was brought to the pre-alpha level, with partially ready-made game territories and characters. But not one of the big publishers didn’t take the project under the wing, apparently fearing that if not a single dragon grazes in local dungeons, players won’t like it.

Daniel turned to Kickstarter with the goal of convincing investors that the idea of a historical RPG might be in demand. The requested amount of £300.000 was increased more than 3 times: the game collected £1.1 million. This amount was only a small part of the game budget. The total amount, according to Vavra, was $36 million. 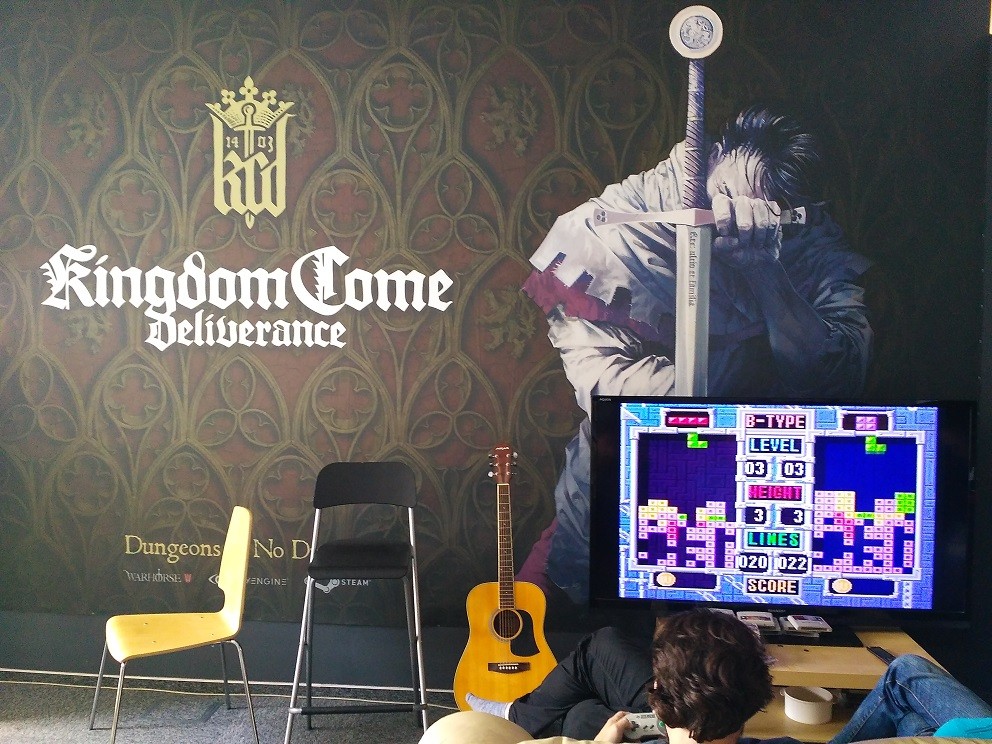 Daniel acquired his popularity on the Internet through Twitter. One of the most famous stories was associated with the scandal after the release of The Witcher 3, which was accused of discrimination due to the lack of color-characters in the game. Daniel stood up for his GameDev colleagues. The adventures of Geralt goes in a fantasy setting, but the game was created with an eye on medieval Eastern Europe: “I actually checked that for our game. There are exactly three documented slaves during the period between 1300-1500,” - he wrote on his Twitter. As he later said: “You can thoroughly investigate a question, consult with a dozen historians, but you will still be wrong. Just because some guy from a bar in San Francisco thinks differently. ”

Vavra entered into a battle on Twitter about Kingdom Come and listened to accusations of sexism. Even Skyrim got his not so favorable opinion, he called this game "a Disneyland with elaborate architecture, half-naked female warmers, and illogical quests."

Unlike Gabe Newell, who is now more of a businessman than a developer, you can't say the same about Vavra. He has a lot of plans: the release of the Kingdom Come addon with a playable female character. There probably will be a sequel: the previous storyline was cut off at the most exciting place.

Vavra finds time for leisure too. He is fond of shooting and paintball games with his friends, he is also familiar with blacksmithing, participates in the festival on the Middle Ages theme and knows how to fence with swords. The fight in the armor, he said, is something else entertainment. You get so tired for just a few minutes, and then you can barely walk. 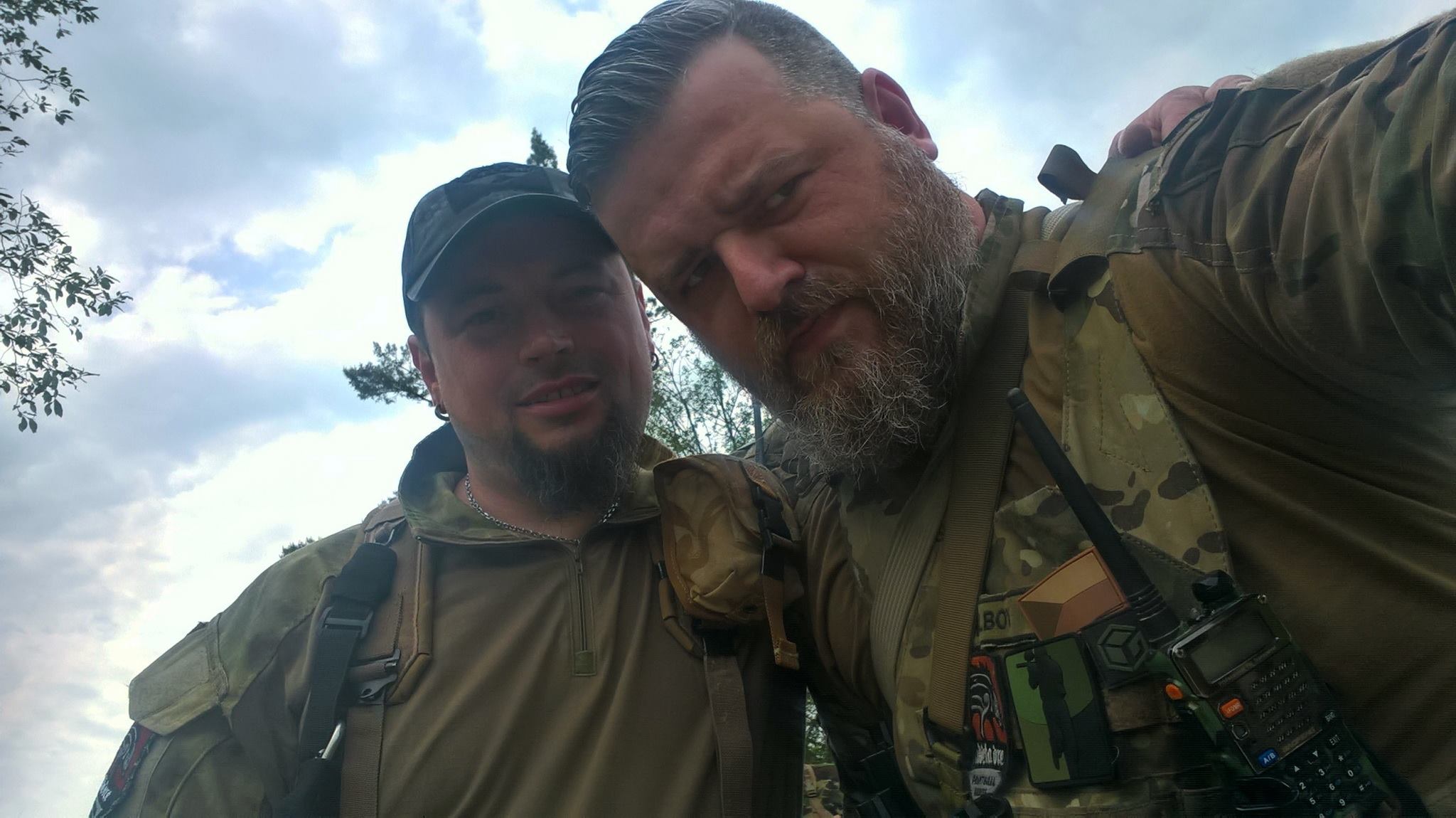 Daniel also devotes a lot of time to his family - his wife and two young daughters. He often posts a photo of joint leisure with family, friends, and colleagues in his Instagram.