Every day thousands of couples look for the best thing to do in their free time together. In our new column we'll be suggesting many great games, which are perfect for couples. With facts and proof, no spoilers.

The Uncharted series has four main and four side games. Actually, we can count the last part "Uncharted: The Lost Legacy" as an independent game, too.

The world of Nathan Drake's adventures is exciting and eventful. Each game in the series is worthy of a walkthrough, but we will pay attention only to the fourth part — "A Thief's End". It will be interesting to pass it together [believe my experience], even if before the start you had no idea about this universe and about who Nathan Drake is. Yes, some of the events and relationships between the characters may not be clear to the newcomer. But it's easy to sort out by simple googling when something seems incomprehensible.

So, the fourth part will send us to the jungle, to the hidden places in search of pirate treasures. However, the main goal here isn't only the "hunt" for a particular treasure, but also the whole life of Nathan with his "skeletons in the closet" from the past. The bonus is the most picturesque landscapes on the earth, brightly and colourfully made by the game designers. Let's stop right here and take a look at some of the fascinating locations of the game. 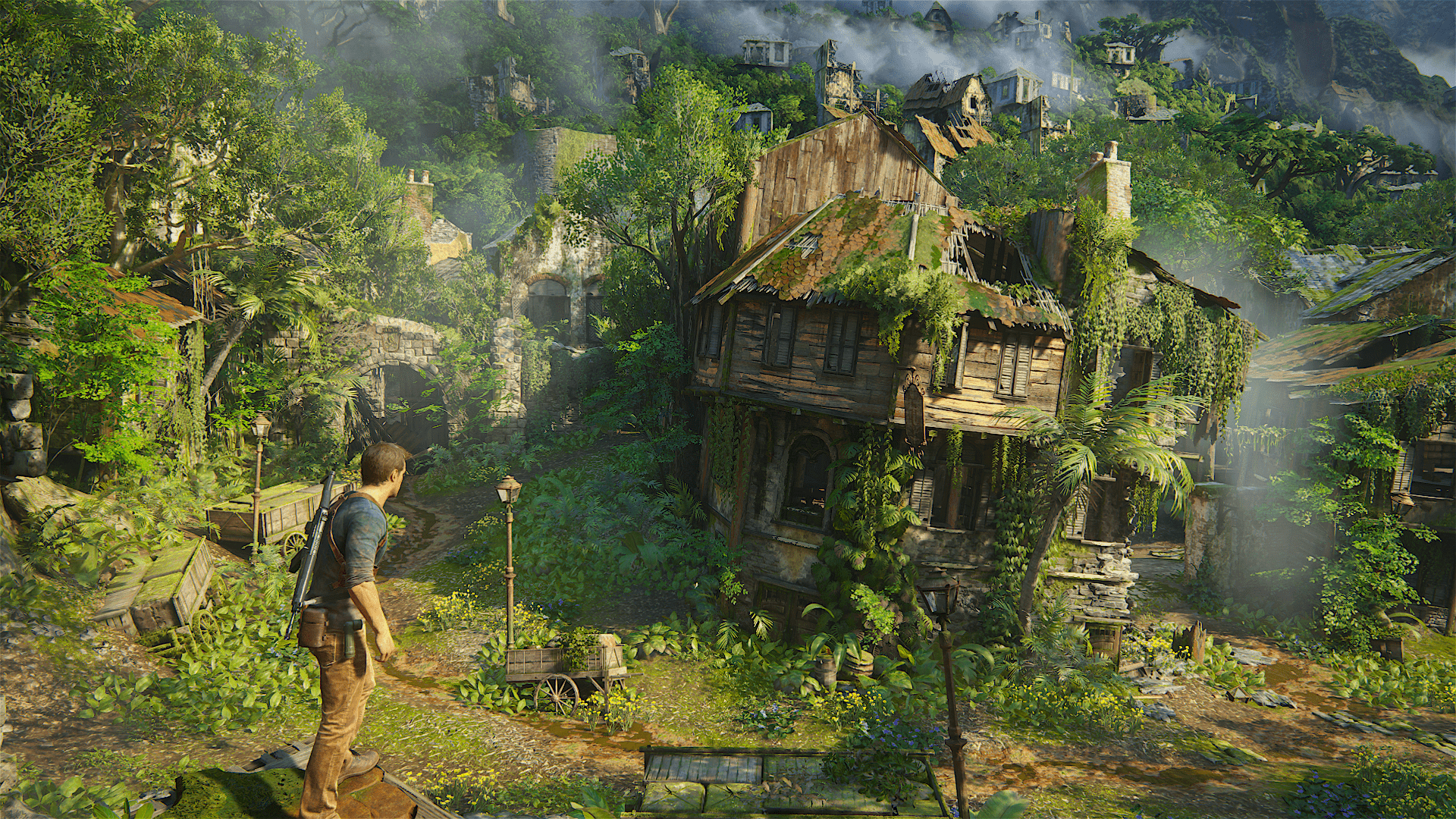 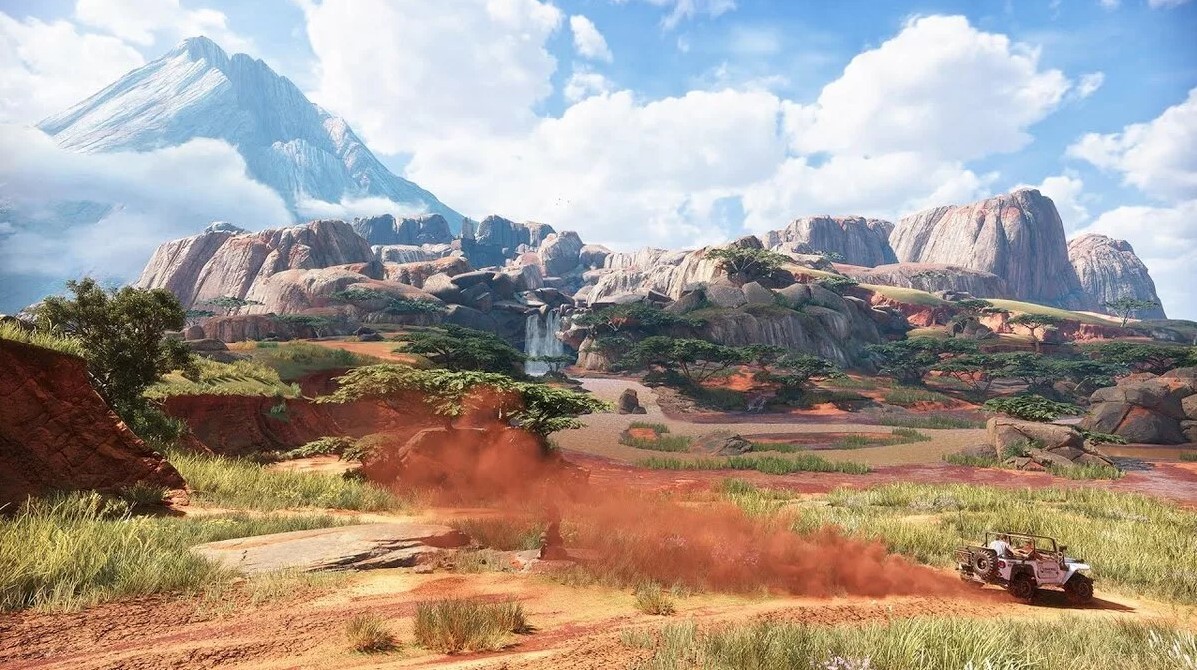 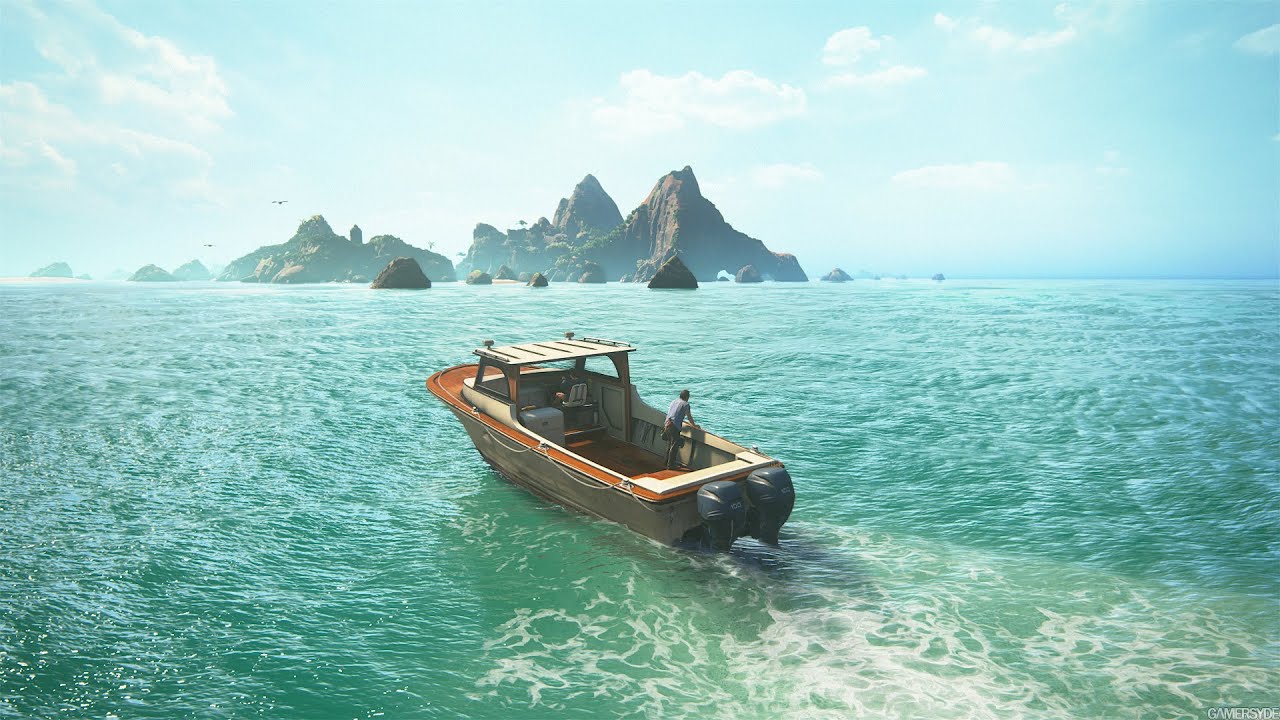 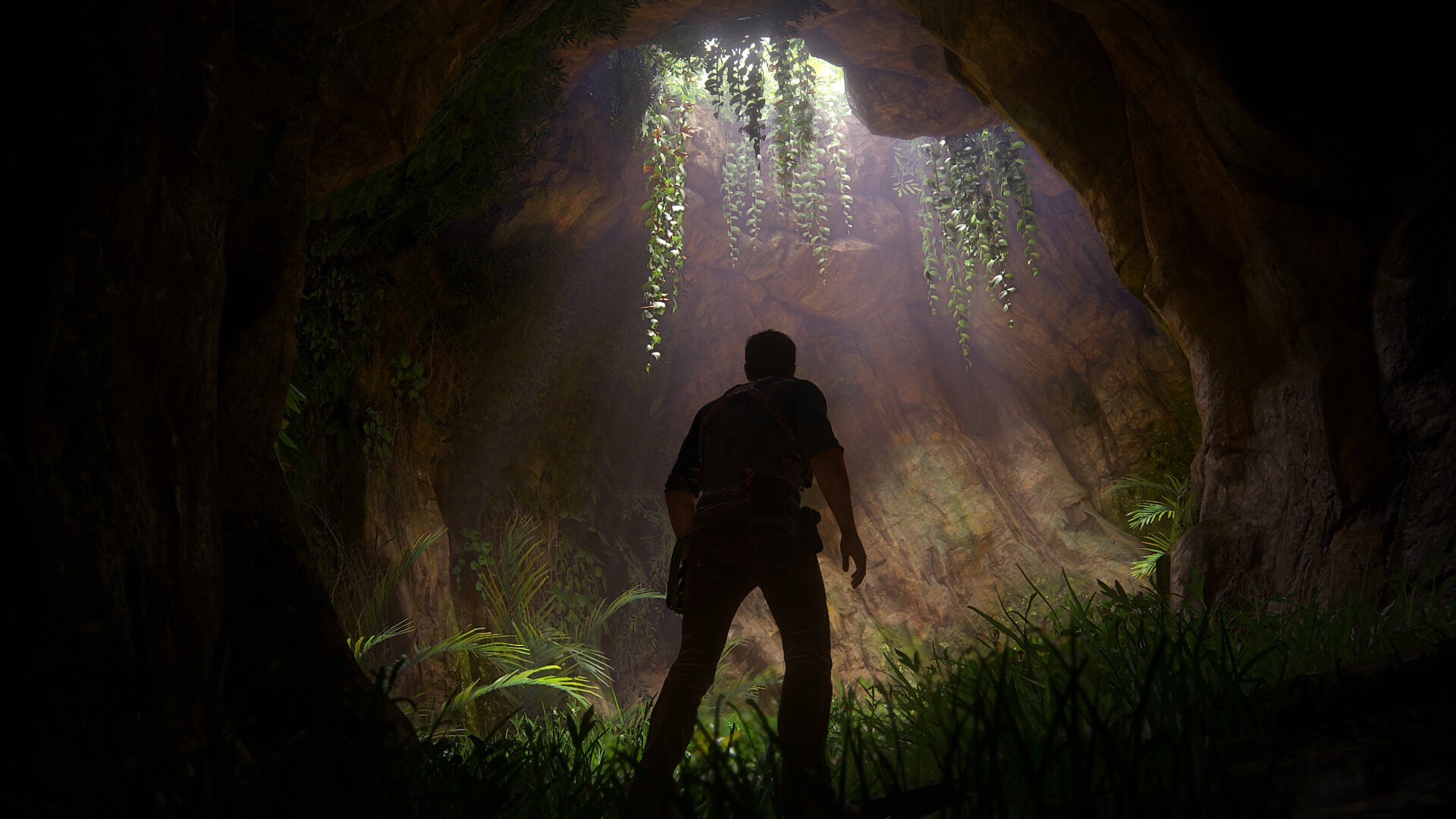 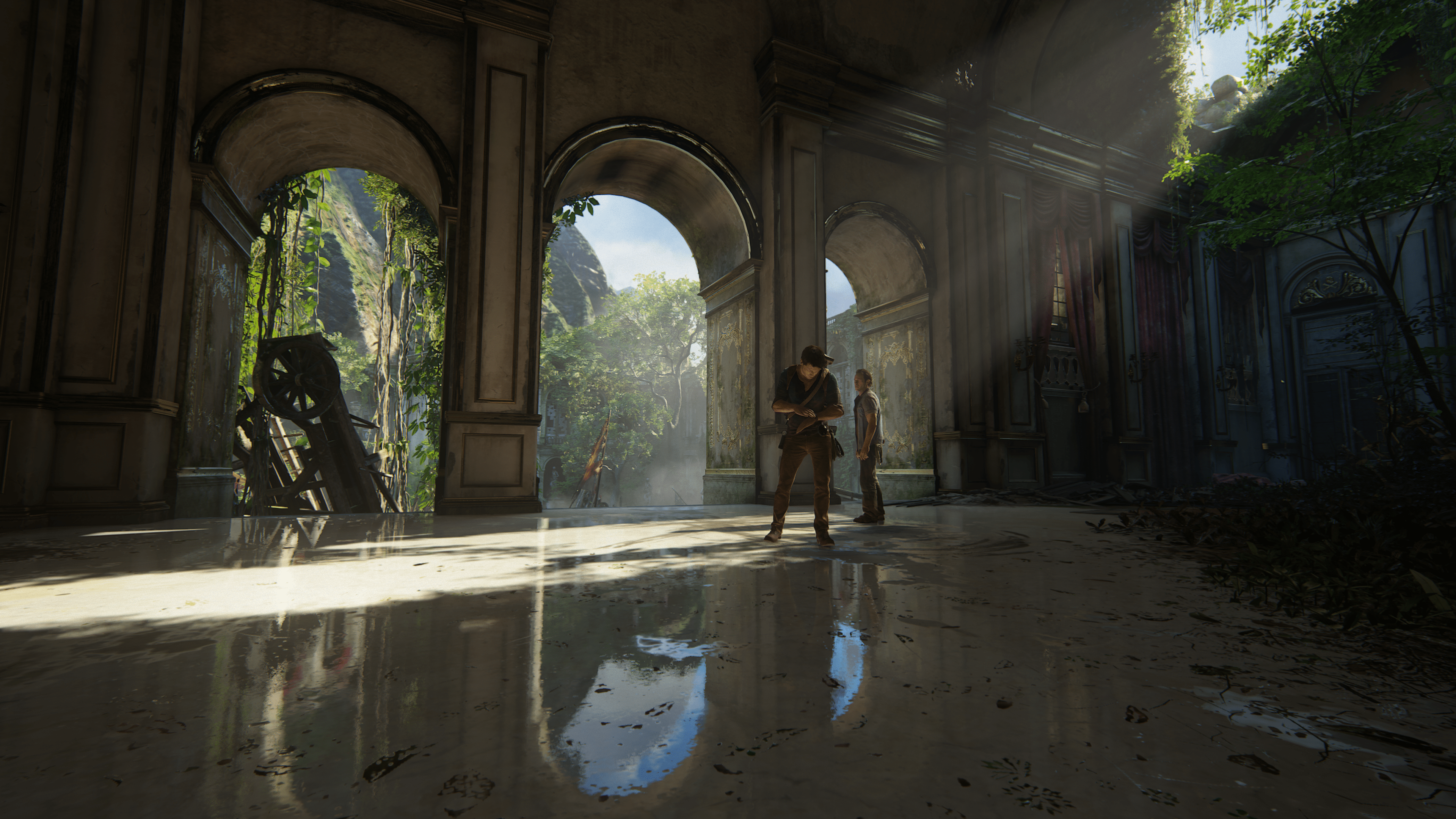 A Thief's End can be divided into four significant acts, during which the characters gradually approach their main goal - the mythical pirate colony of Libertaria, lost somewhere in Africa. In each of these acts, there are always a couple of powerful action moments, several stages of exploring the area in search of puzzles, and at least one long story scene.

The global purpose of Uncharted 4 was to make the player feel involved not just in the next adventure, but in the final of a whole story: grandiose and essential because in this part the story of Nathan Drake ends, according to the developers.

The development of the game went through difficult stages, starting in 2011 and ending with a delayed release in 2016. Many employees were fired for one reason or another, including the legendary screenwriter and the head of the development of previous parts of the Uncharted series Amy Hennig.

Some say that the development team didn't receive the necessary resources because of The Last of Us and Left Behind, which "ate" all the studio's facilities. Someone believes that Amy Hennig wasn't able to make the necessary decisions; others write about a too-small team that couldn't put everything together. But the truth is that in March 2014, after a meeting with the Naughty Dog Presidents, Amy Hennig left the studio, followed by her creative partner and several other employees.

Kotaku editor Jason Schreier releases the book "Blood, Sweat and Pixels", in which he devoted an entire chapter to the problematic development of Uncharted 4.

The story, written by Amy Hennig, has been significantly reworked by the minds of Bruce Straley and Neil Druckmann, who received full creative control over the game. However, the plot doesn't seem flawed or illogical for a simple player: everything is harmonious and impressive.

Well-well, another single-player game? Yep. It will be like a movie for you both. As in my previous recomendation, you can pass the controller to each other in turn. Even if one of you is the leader and the owner of the controller, it will be very exciting to watch the events on the screen for the another one.

Why is it so good for a walkthrough with a partner? Imagine the most exciting movie, full of gorgeous views of the wild nature and small cosy towns somewhere in Africa, spectacular fights, chases and shooting, ancient puzzles, intrigues and complex relationships between close people that affect the plot? All of this is present in the game so that everyone will find a favourite part for themselves.

Underwater stages, jeep riding, stealth, measured exploration of half-abandoned palaces and houses — many mechanics in Uncharted 4 appear once or twice. And then the player is already busy with something else.

Almost every location has several paths, branches and places for hiding. Sometimes you have to break your head trying to find the right way. You could stop to enjoy the scenery, and even get a little lost, which rarely happened in previous Uncharted games. There are a lot of various dialogues: you can chat with partners to know more about the events from their lives.

By the way, in this trailer, you can find all that I described before [n.b. if you don't want to know the spoilers - don't watch it].

The degree of involvement is enhanced by improved ballistics and artificial intelligence of enemies compared to previous parts of the game. And if on an average level of complexity, the difference is not so striking, then at a high level you have to choose your actions more carefully, and at the maximum - calculate specific steps.

After all of these, isn't it better to walkthrough the game together to discuss it live? Isn't it the best time together? I hardly believe that you could say "No". 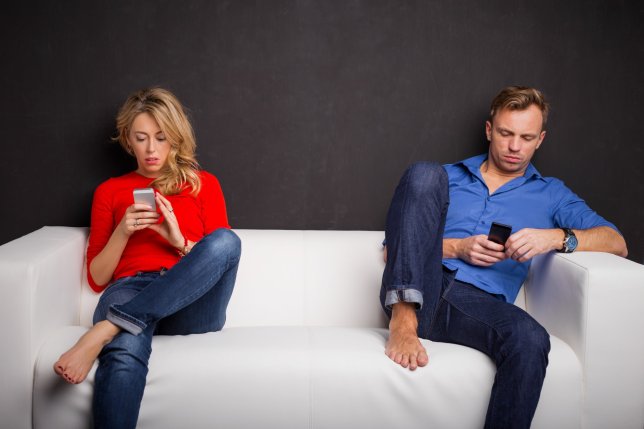