Every day thousands of couples look for the best thing to do in their free time together. In our new column we'll be suggesting many great games, which are perfect for couples. With facts and proof, no spoilers.

The interactive drama action takes place in Detroit, 2038. You play for three android characters alternately: Connor, Marcus and Kara. The gameplay is familiar to Quantic Dream games: pull the right stick down to sit at a table, turn it clockwise to have a cup of coffee, click the triangle or circle to select an answer in the dialogue - there is nothing complicated, any beginner will cope.

According to the plot, androids made life so much easier for people that many professions disappeared: waiters, nannies, drivers, movers, and so on. This led to many people losing their jobs: strikes and rallies against androids began.

Androids don't have rights or social status — it's a household item that can easily be bought in a store. They are beaten, humiliated, thrown into the trash, and so on. Because of such treatment, new impulses (signs of machine deviation) are born in the android program: self-awareness, dreams, desires and emotions. All this makes some models go out of control. They become "free" deviants.

Separate stories of the three main characters begin to intertwine and influence each other as events unfold. And the ending of the story will be determined by everything that happened to all the characters. Due to the nonlinearity of the narrative structure, the characters, choosing fundamentally different decisions, could change their roles irrevocably and lead the plot to a completely different ending.

How was the game created?

A short demo-trailer "Kara", which was created to show the potential of the new game engine from Quantic Dream, grew to full-scaled AAA.

The developers were creating the game for more than six years with a €30.000.000 budget. The game by Quantic Dream (Fahrenheit, Heavy Rain, Beyond Two Souls) was released in 2018 for PlayStation 4, and this autumn it'll be released for PC on Epic Store. Just watch this E3 2016 trailer and you’ll realize, how all those years and money were applied (a short personal plug — I played the game half a year ago, but still have goosebumps, watching this video):

The developers didn't want to create science fiction world with flying cars and aliens - all this is too far from our daily lives. The authors took a different path and fulfilled the game universe with real-world elements. Quantic Dream artists decided not to dress ordinary people in strange costumes of defiant colours and preferred simple outfits. To make the characters as convincing as possible, the creators scanned the faces of the actors and modelled the appearance of the characters on their basis. 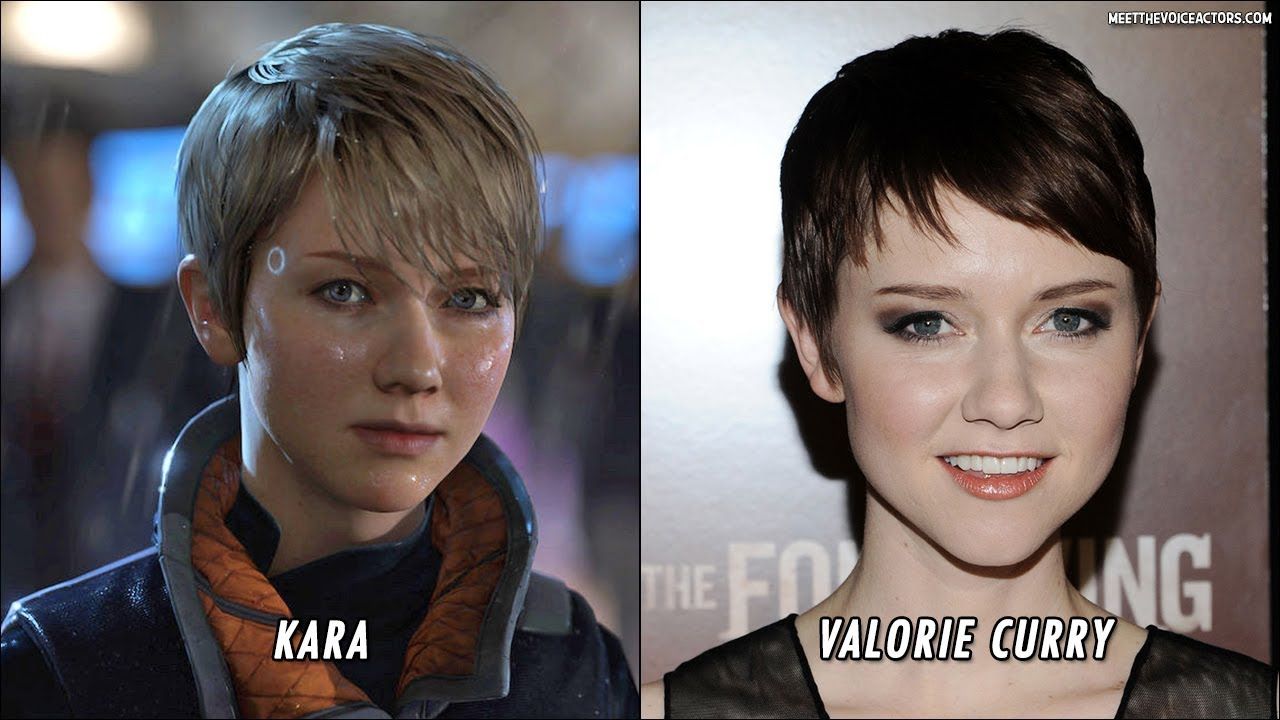 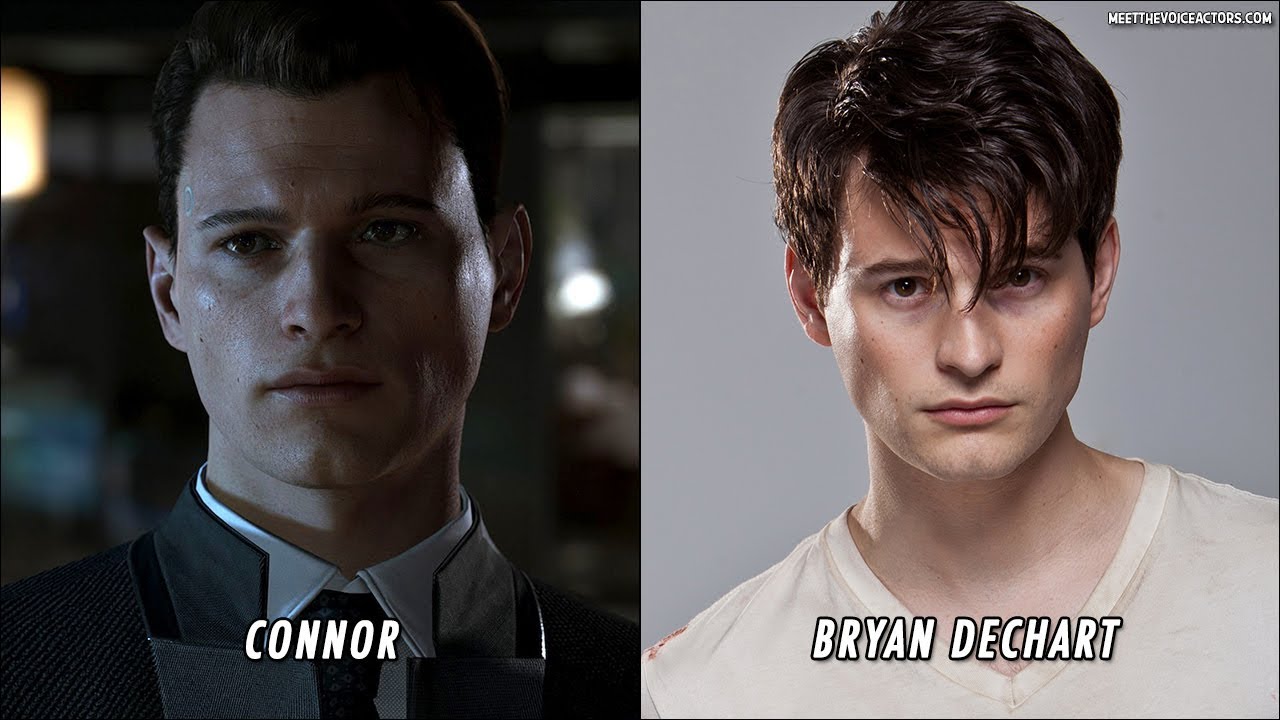 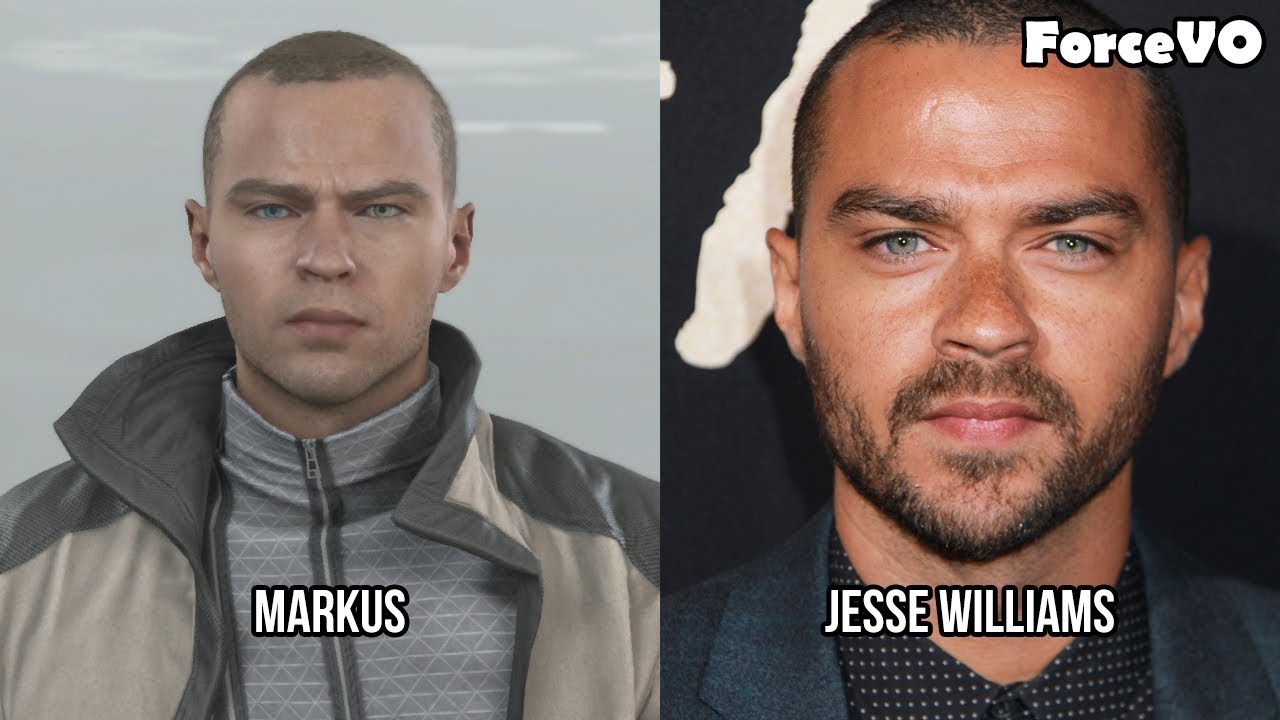 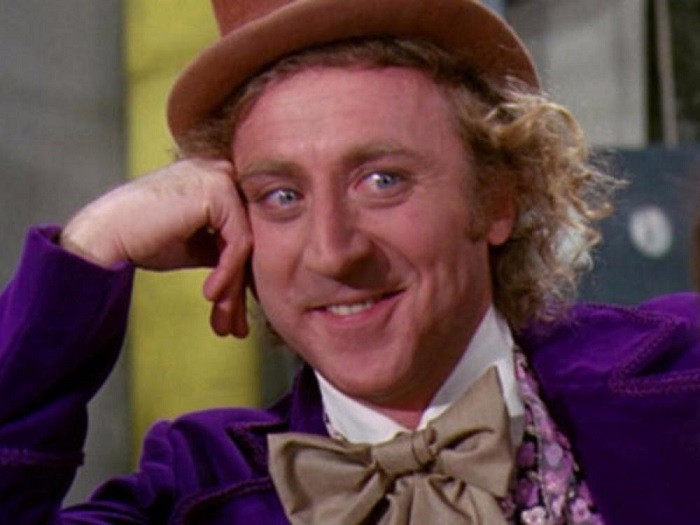 You may think now: "Wait a minute, isn't it a single-player game? How can we play together?" But this game is perfect both for single player and a couple. Let's sort out why.

The first and the most important point: the game brings up this unique feeling that you're a life creator and can rule someone's life by your own decisions. It's an exciting way to know more about your soulmate, watching the way he/she plays. You can't (or maybe you can try) predict your friend's decision, and that makes the time together in front of the game more intriguing. Imagine: you know that your partner is very kind, but in Detroit, he/she may surprise you by unpredictable violence towards some character. It's just a game, and everyone can do the opposite to real life.

At the same time, you should think wisely because every move and answer has consequences.

Lead screenwriter Adam Williams said that the primary goal of the game was to allow players to live character's life as they see it right. Each person will build their own history with complete freedom of choice. Moreover, even the death of one character won't lead to the end of the game, and the in-game life will continue. But one way or another, everyone may face the consequences of their decisions, including the absence of key characters.

It's true — the game has so many lines of choice (thousands of pages of real scenario) that it's interesting to replay, too. By the way, you'll see how each chapter could finish, if you chose another path, at the end of it.

The third: you may discuss one or another choice after or during the walkthrough. It's not the same as chatting with your buddy, who also played Detroit. A great way to diversify your time together. 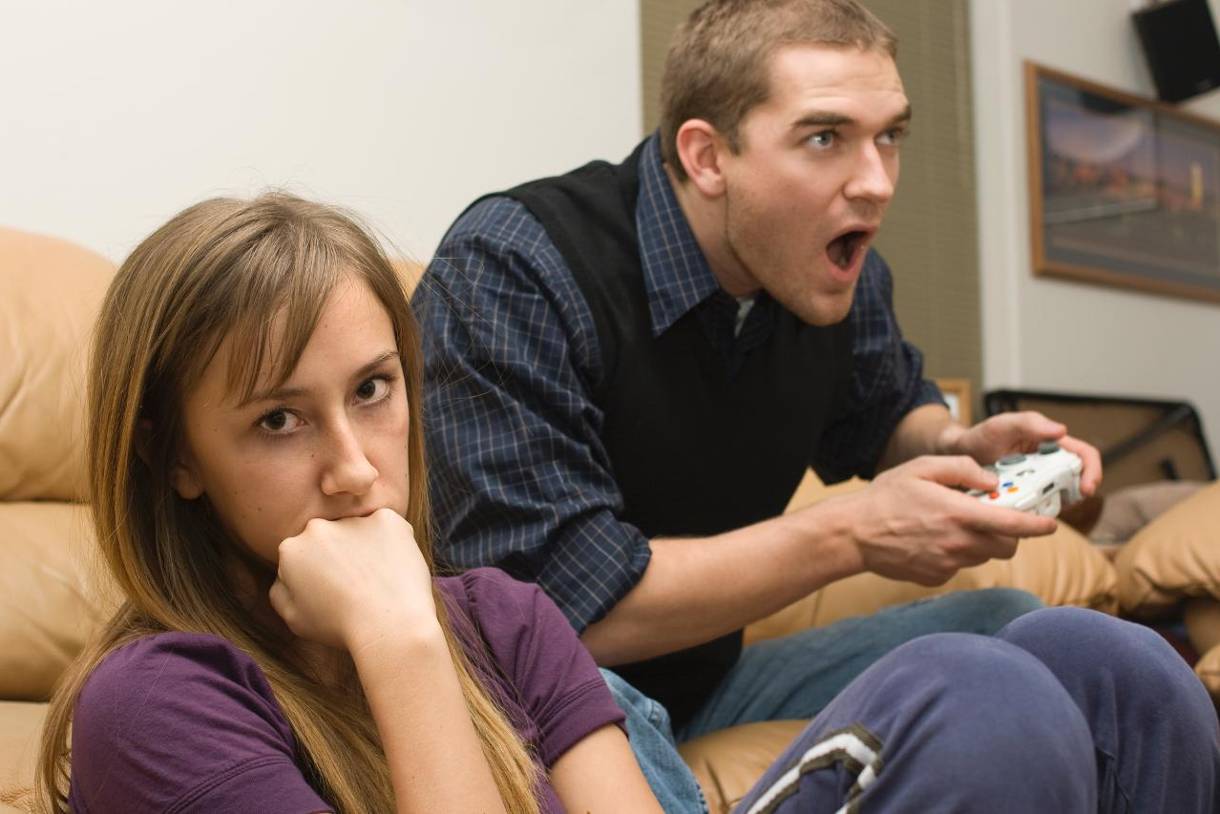 Everyone likes to feel his/her unique role in this life and test the intuition. This game has all aspects of being captivating for any gender, age (18+), philosophy, lifestyle, etc. Action lovers will enjoy chases, blood, guns and hard choices. There is a lot to think about during and after the walkthrough for those who like to analyze. Critics and gamers love Detroit: Become Human for a reason. Seems like an ad? No, this article is full of personal opinion and experience. My boyfriend played Detroit alone, and then he watched me playing with great interest. While I was playing, we discussed his choices and the consequences. We made different decisions and have different endings. You should try it with your soulmate. 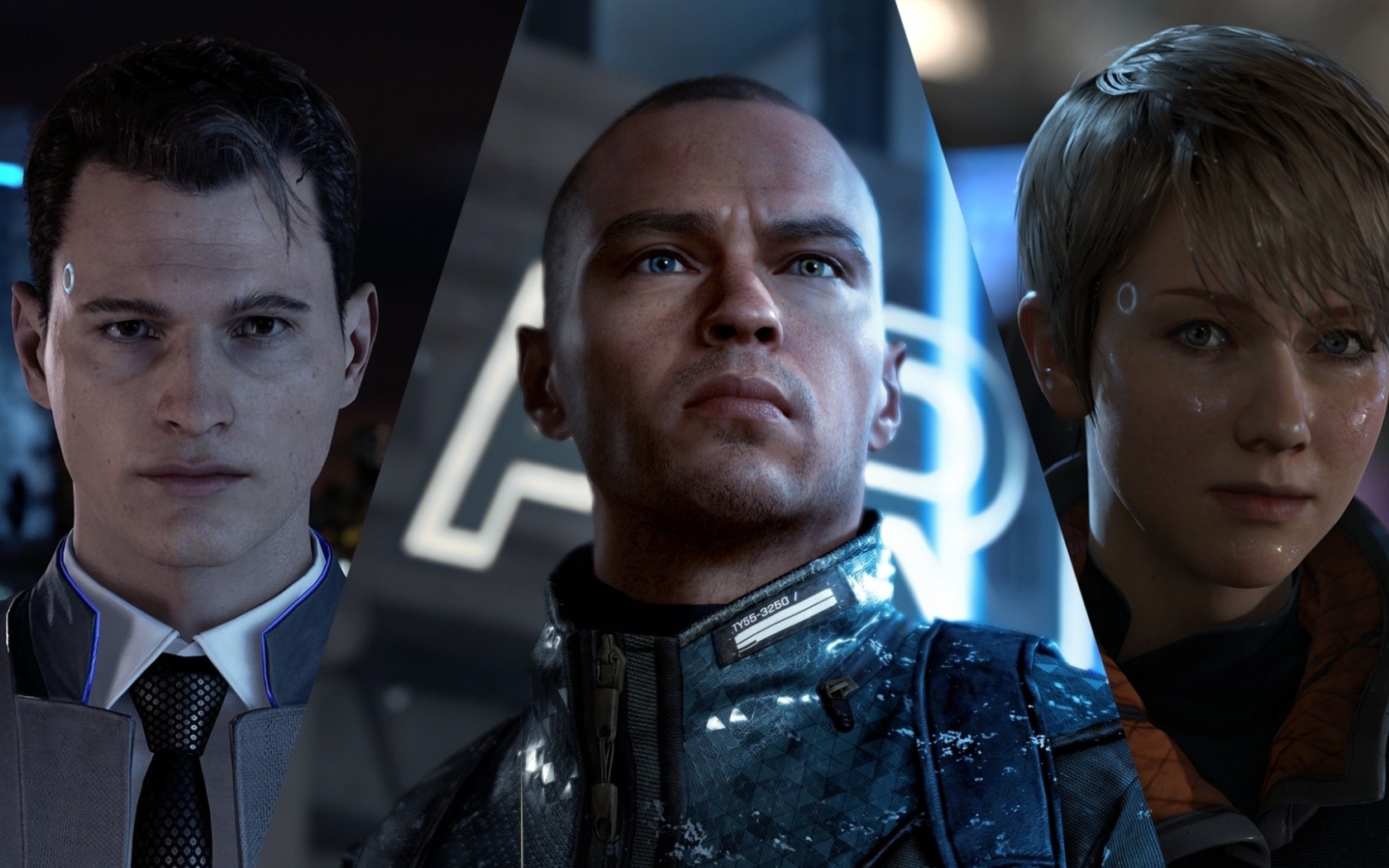 Five Reasons to Buy a Console Why Are PS5 Fighting Games Not Yet Announced? The new Playstation sale fighting game fans shouldn't miss Samurai Shodown makes its way to the Epic Game Store Granblue Fantasy Versus launch date for Europe and Australia announced