Fujimura shared his tier list live on Yusuke "Momochi" Momochi and Yuko "ChocoBlanka" Kusachi’s momochoco Twitch channel. Fujimura took things right from the top, naming Abigail and Rashid as the only S-tier characters in the game.  His list is also consistent with that of many others as he considers M. Bison the third strongest in the game. Most tier lists have the Street Fighter boss beside Rashid in S-tier. 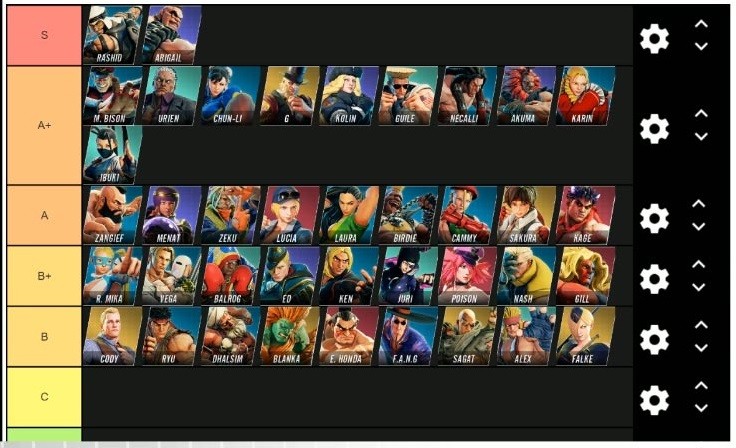 The Ibuki main also placed his favorite Street Fighter V ninja in A+ alongside others like Chun-Li, Urien, G, Guile, and Akuma. While in A-tier, we have Zeku, Kage, Birdie and a few others. Interestingly, Fujimura put Gill in B+ which isn’t really high if you consider the fact that his list ends in B-tier.

Sagat, Alex, and Falke make up the weakest three, yet the tier list as a whole does show that Fujimura considers all characters viable right now. Unlike Seonwoo "Infiltration" Lee’s tier list, Fujimura has the game’s characters evenly spread out from A+ to B.