Let's take a look at some of the strongest weapons in FFXV.

There are many amazing weapons available in Final Fantasy XV. Some of them can be obtained from simple quests, whereas others are very hard to get but also worth the hassle.  Of course, since there are many different levels here, the best weapons are obtainable during the later stages of the game. In general, the End game weapons have significantly higher damage as well as other stats when you compare them to the weapons you get early on.

We've already covered the Armiger weapons, so be sure to check it out if you haven't because it is well worth it. To make a long story short, they are the best choice when it comes down to raw damage and stats. One of the best combinations you can have is to obtain pretty much all of those weapons because they are just best-in-slot.

Apart from the Armiger weapons, there are many other different kinds such as swords, shields, firearms and more. Let's try to check which weapon is best from the specific type.

The Polearms are not that popular in FFXV, even though they have decent stats as well as good damage. They just feel a little bit awkward to use but nevertheless, there is one of them which is very strong - Flayer. Apart from having very decent damage (211 to be exact), this item also has an incredibly strong perk - your finishing moves will deal 80% more damage. This is absolutely amazing, especially in certain types of scenarios.

In order to get your hands on this item, you will have to go and finish the Steyliff Grove dungeon. It is not that hard to do but it will take some time so be mentally prepared. 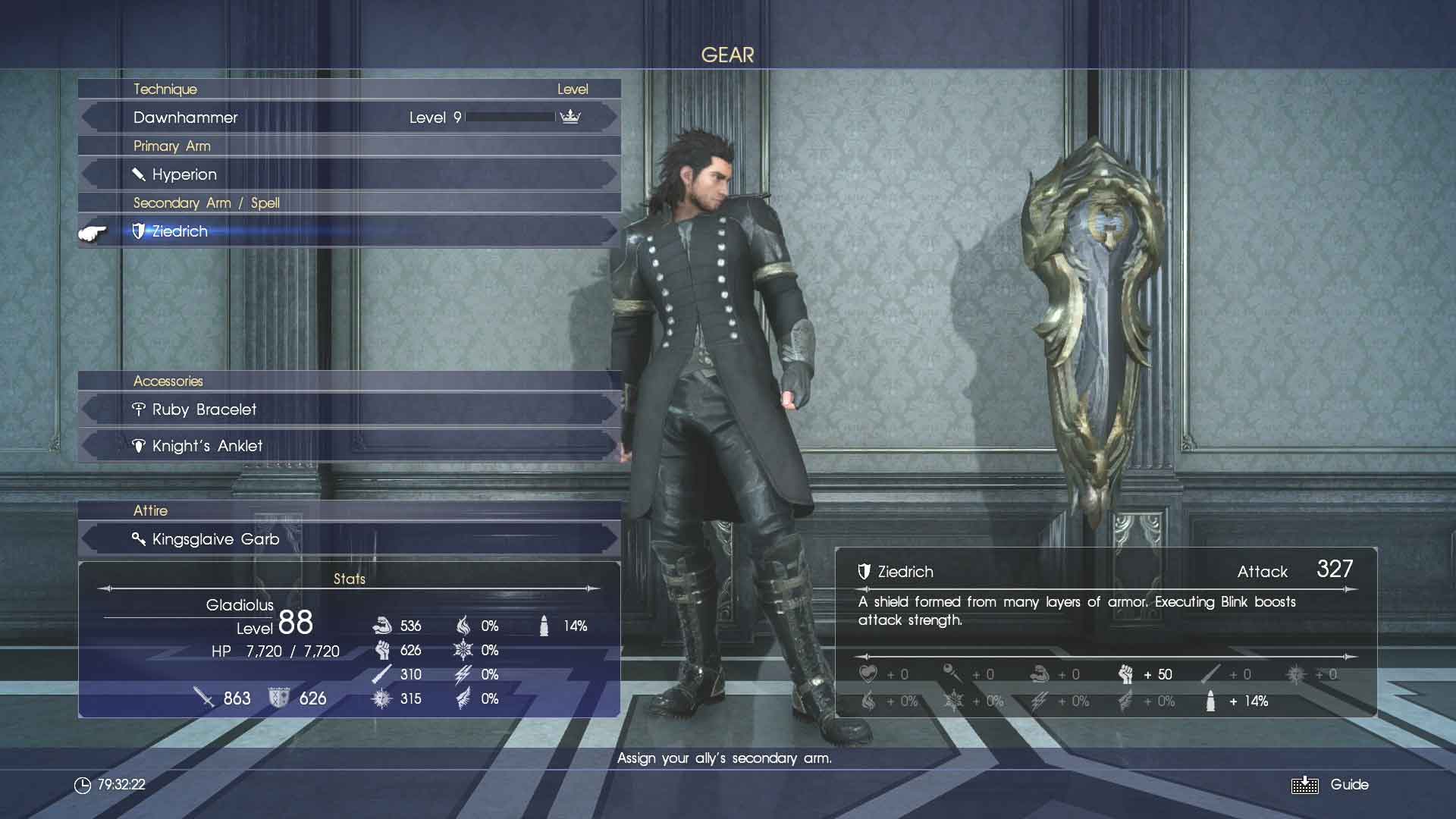 Even though you can't really inflict damage with your shield, it is still a vital part of your equipment. In fact, the Aegis Shield is one of the best defensive weapons available in Final Fantasy XV. Similar to the polearm, it is also available from the same dungeon called Steyliff Grove.

The shield gives 172 Attack, 55 Vitality and 11 Bullet, which are petty decent stats for what it is. However, the perk is where it starts to look absolutely awesome. You have a 10% chance to neglect any incoming damage, making you essentially invulnerable. This can be very useful in many situations, especially those long and hard boss fights. Of course, there is only a 10% chance for the effect to proc so it could be very random.

Regardless of the weapons that are available in a game, both historically and game-wise, the Swords remain the weapon choice for most players. There are many amazing choices here, especially once you hit the later stages of the game.  That's why you need to choose one that will suit you the best.

Nevertheless, there is one sword which really stands out from the rest - the Ultimate Blade. Not only does it have amazing stats and perks, but it is also one of the coolest looking swords in the game. Of course, getting your hands on it is no easy task. In order to have this jewel, you need to complete a special quest called "A better Engine Blade III" which you get from Cid. It is a pretty long and exhausting thing to do but if you really want to get this sword, it is definitely worth it.

In terms of the stats, the Ultima Blade gives 208 Attack, 3 Critical, 40 Max MP and 30 Magic. The perc is also to die for - whenever you get the chance to do your finishing blow, the weapon will absorb elemental energy which you can use later on when you need it.

The Balmung is the strongest sword in the game which has an amazing attack rating of nearly 250. As if that is not impressive, it is nearly ten times stronger compared to your starting weapon. In addition to that, you will be able to deal around 4% bonus damage for every percent of your missing MP.  So, if you stack various spells while using this weapon, the results will be absolutely devastating. 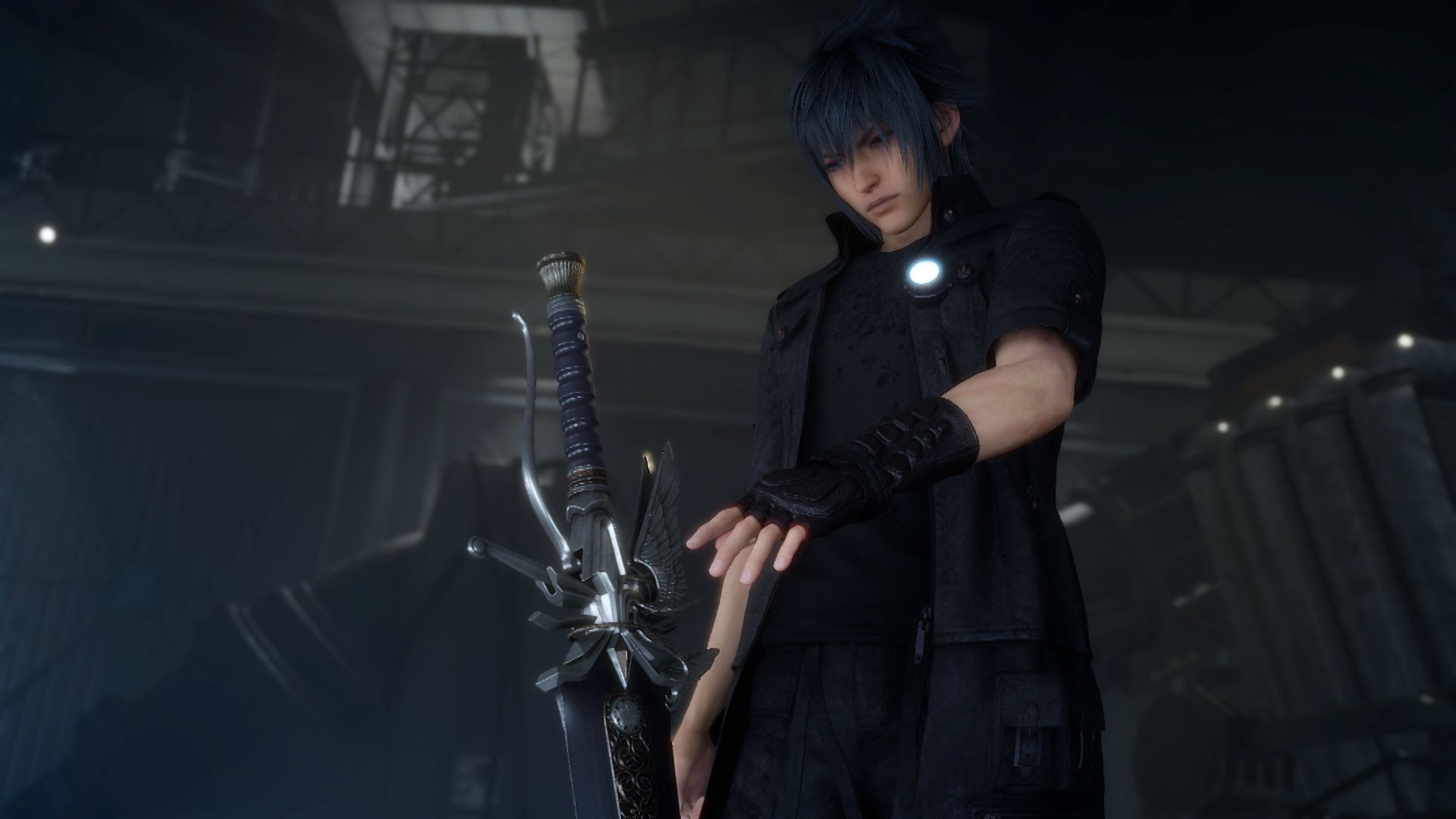 Final Fantasy XV is also known for having some pretty outstanding greatswords. They are very fun weapons to use which can also be very effective in certain situations. In fact, some of them have one of the highest damage output out of all weapons.

The first greatsword worth pointing out is the Duel Code. Despite the fact that it does not have the best attack rating, the other stats here definitely make up for it. For instance, this weapon gives around 470 HP, which is very welcomed because it increases your durability. What's more, its perk is also very impressive because you will be able to deal +50 damage to enemies which are standing alone within 65 feet. In other words, every single boss will suddenly become a lot easier to deal with.

In order to get your hands on this weapon, be sure to go to the Daurell Caverns dungeon. It is not that hard to finish, even though it might take an hour or so.

The next very cool greatsword is Apocalypse and just by reading the name you can tell that is going to be a good one. To be fair, this item has one of the highest attack ratings sitting at 332. This allows you to do deal faster with your enemies but the trade is that it is kind of slow.  Apart from that, the item also gives you 2 Critical and 400 Max HP, which are decent stats.

In terms of the perk, you will be able to deal bonus damage once you are below 30% hp. This is definitely a strange perk but it can be very useful in certain scenarios.

Apocalypse is obtainable once you are done with the Bolouvre Mines dungeon, which is actually one of the longest.

The daggers in Final Fantasy XV are not among the most popular weapons. However, there is one pair of daggers which are actually worth using - Ulric's Kukris. In fact, this is the weapon that has the most versatile stats in the game.

Also, the cool thing is that you can get this item as a collectible once you reach Chapter 14. This makes it a lot easier to get compared to some of the other items. 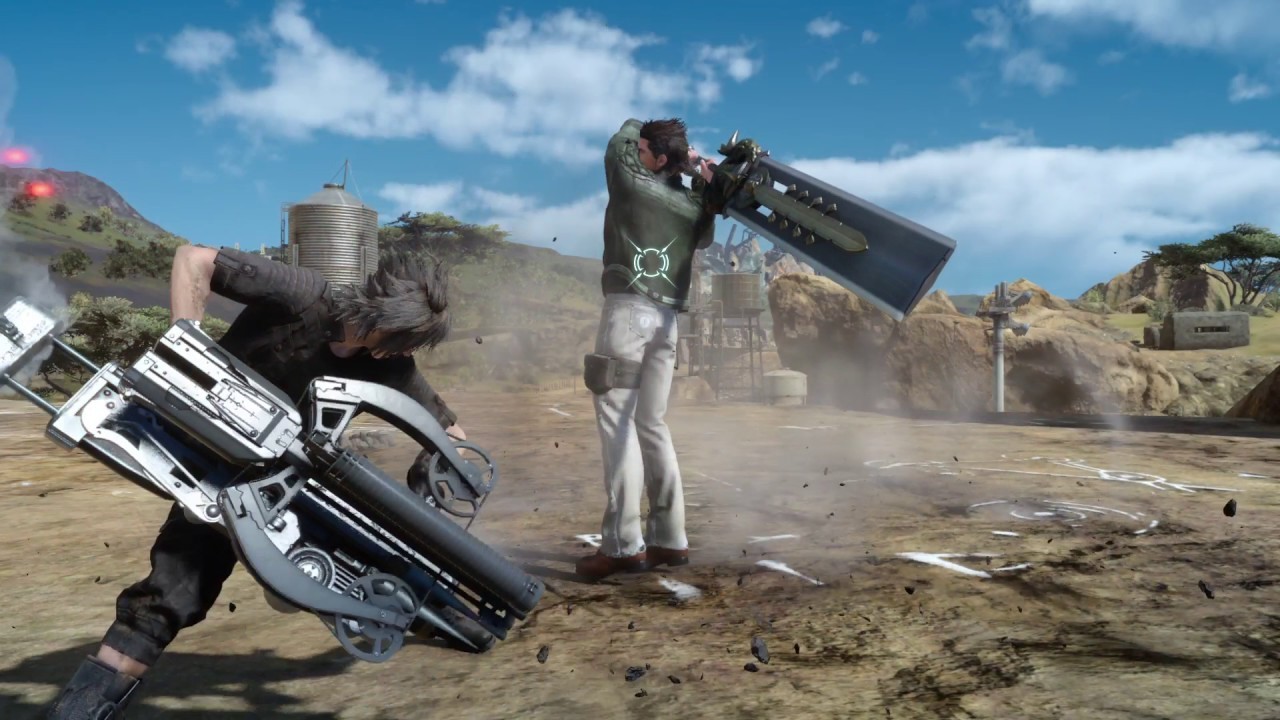 The Machinery weapons have a unique feel to them which differ a lot from the others. Having said that, not all of them are as effective but there are three which really stand out. 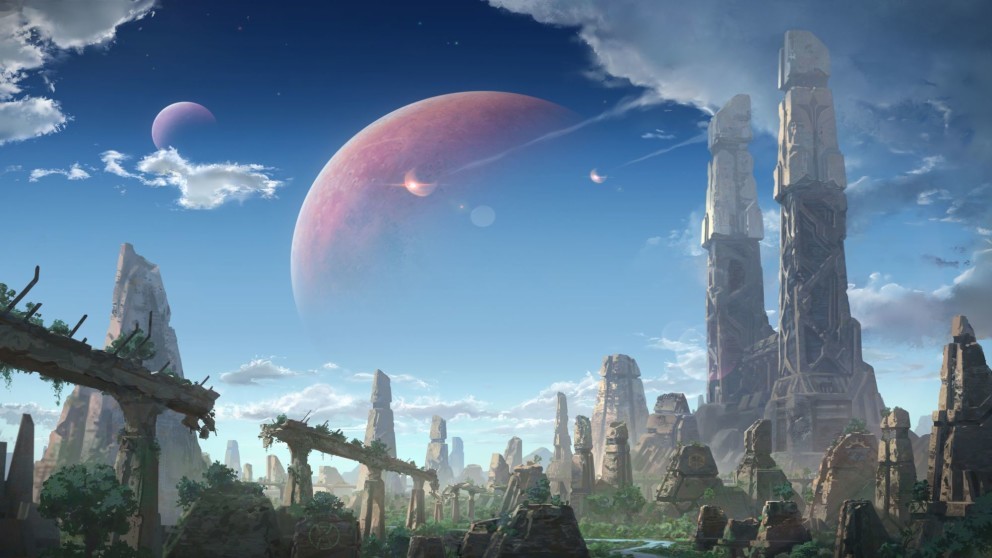 Season 1 of the DPC is OVER but who will the Major go to?
NickyFGC: "I'm looking to finally win a KI World Cup"
Forget Low/High-Tier Characters, Just Have Fun With the Game!
Deano: "NA needs some kind of a martyr for Dota 2"
DAZN to stream WePlay Ultimate Fighting League on its global platform