Final Fantasy XV is a very interesting MMO type of game where you can do much interesting stuff. One of the go-to for every Final Fantasy player out there are the dungeons. However, in order to take part in any of them, you need to know their locations and how to exactly go there. That's why we decided to write this guide to help you find them.

The Dungeons in Final Fantasy XV are located across the game world and basically, represent special areas that have many different bosses to kill. Of course, dealing with them is not a walk in the park, however, they provide very good loot which definitely makes up for it. For example, there are many parts of the main story quests where you will have to go to the Royal tombs in order to collect t Armiger weapon.  In fact, these types of dungeons are a must in order to progress through the story.

On the contrary, there are also other types of dungeons that are optional. Even though they are not necessary to do, they also provide cool gear as well as just pure enjoyment of finishing a hard task.  Let's take a look at the different dungeon locations in Final Fantasy XV, what types of enemies you can face and in general, the most essential information you need in order to finish this quest properly. 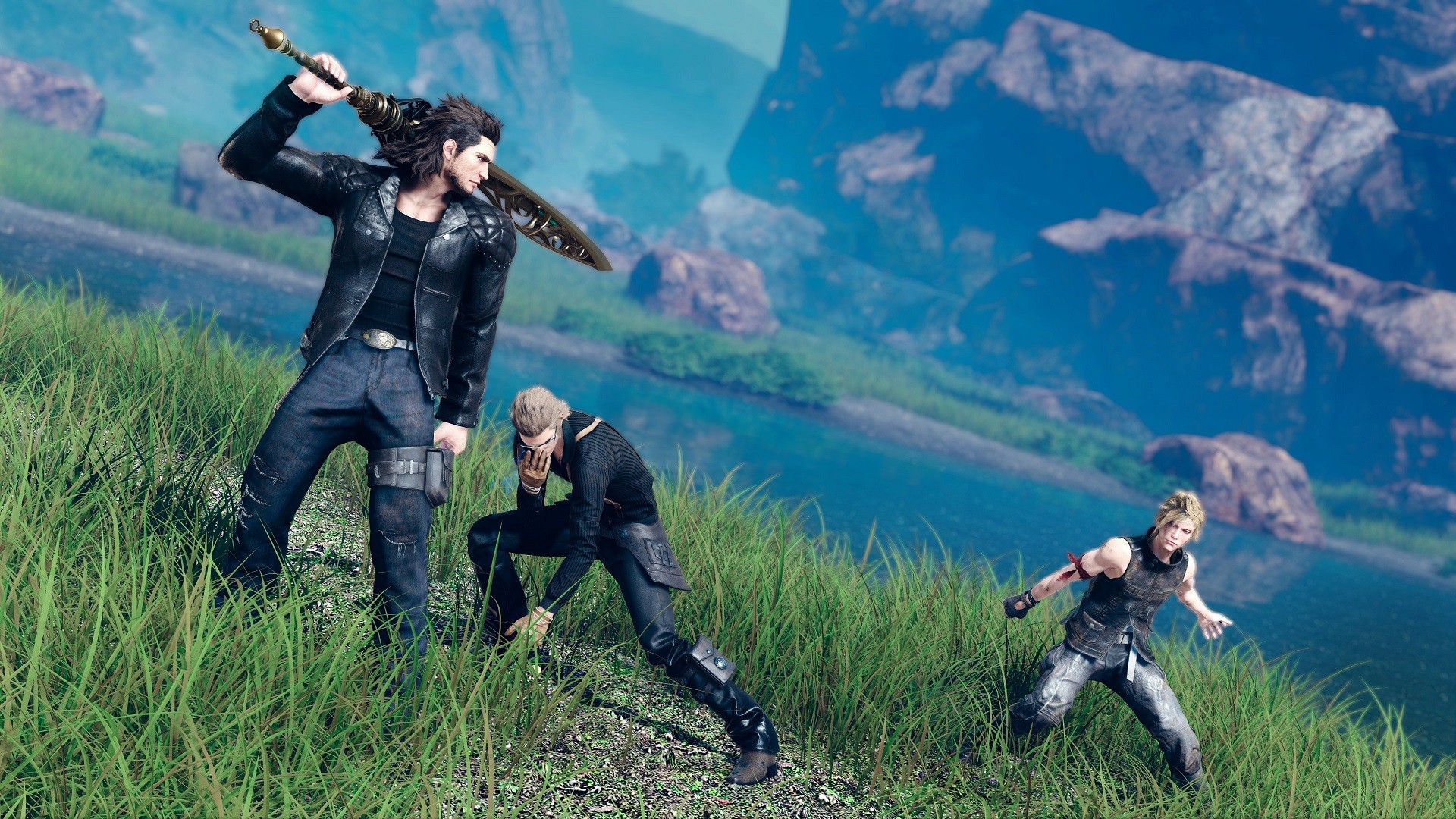 The most important thing to know is that the dungeons are basically places where you can encounter many enemies. They are marked with a red icon on the map and you can enter there right away. When you do that, there will always be some sort of mixed roads there which you can follow. On your way, you will have to deal with many enemies until you reach a big one, which will be the boss of the current dungeon. Of course, while you are killing those enemies, you will be able to take advantage of the loot there and get some cool items.

A full list of all Dungeons in Final Fantasy XV

Here you can find all the needed information about every single dungeon in the game. Keep it in mind that not all of them can be done at the early levels. In fact, the vast majority of dungeons, especially the good ones, become available once you hit the later levels in the game. This is logical because there will be very strong enemies there which will be impossible to deal with unless you have the needed weapons and levels.

The first dungeon outside those that you can get while finishing the main story is called Keycatrich Trench. It requires a minimum of level twelve and it is located in Leide. In order to enter, you will have to do the main quest which is available during Chapter two. In fact, this one contains a Royal Tomb as well as your first Armiger weapon, which definitely makes it very interesting to do.

In terms of the boss, he is also level twelve and he is very susceptible to Fire spells and the Greatsword. It should not be hard to deal with him, especially if you have your friends with you.

The second dungeon is a little bit harder compared to the first one because it requires you to be at least level nineteen. Despite that, the boss itself named Ronin is level 17. In addition to him, there will be also three-level nineteen Mindflayers at the very end but they are easy to deal with.

This dungeon is located in Cleigne and you will be able to enter inside as a part of the main quest again. In specific, you will have the uneasy task to look for an Armiger there, just after you visit Lestallum. Overall, this is a fun dungeon and the mobs that are inside are also easy to deal with, making it a sort of a fast one compared to some other dungeons out there. 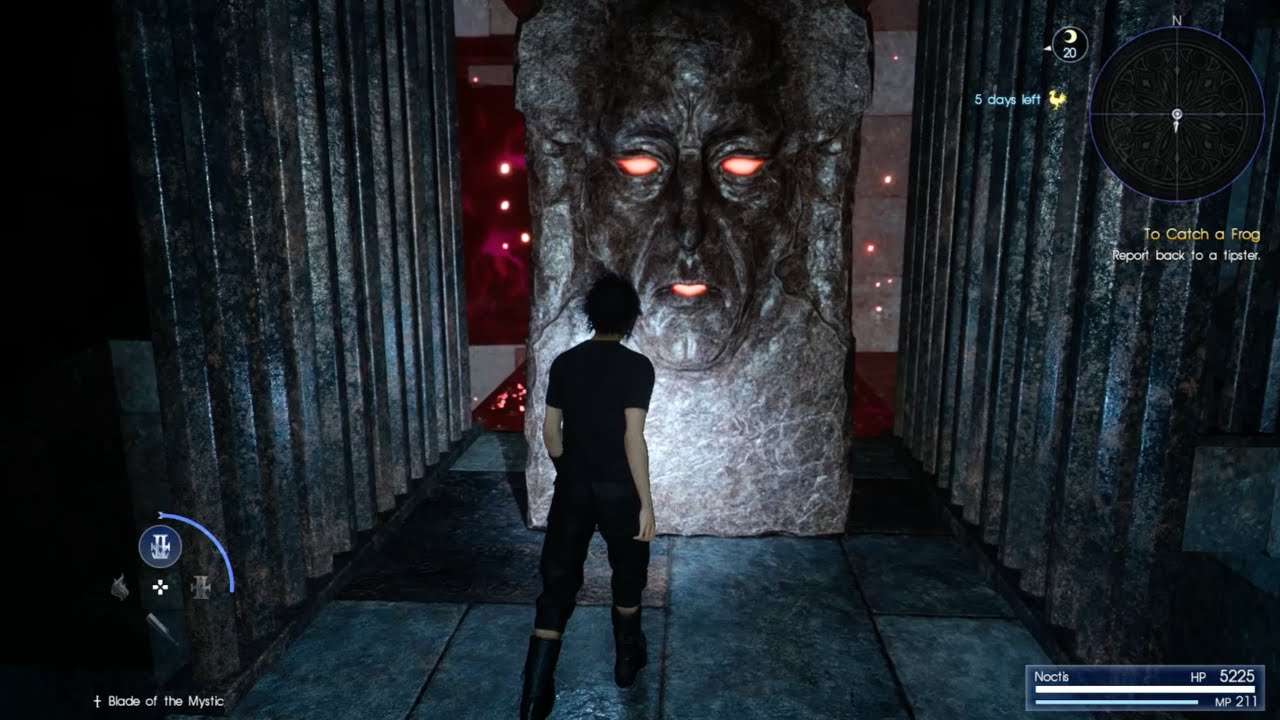 Here we definitely step things up a bit because the recommended level for this one is 30. Again, it is located in Leide and it is a part of the main quest called "The Trial of Ramuh" in Chapter five. Some people used to try to enter this dungeon before finishing this quest but it turned out that there is a huge rock which is blocking the entrance there. It will be automatically removed once you finish the quest.

In terms of what's inside, you will find a couple of level 13 to 21 mobs, which are not that hard to deal with. However, the boss is a level 30 Naga which is definitely not going to be a walk in the park. Apart from the poisonous damage, she can also hex you, so be sure to be very careful here.

Located in Cleigne, this dungeon is very good to do once you hit at least level thirty-eight because otherwise, it will definitely not be a pleasant experience.  Again, you will be able to enter it when you drive during the main quest in Chapter six called "All Seto to Set Sail". Some of the people that you travel with will be the ones who will ask you to check it out.

Be prepared for some nasty enemies inside such as many high-level mobs. And if that was not enough, Bandersnatch, the boss here, is also a huge pain to deal with. However, if you manage to survive, you will get an Armiger Weapon, which is pretty cool.

Similar to the previous one, this dungeon is best done once you reach level 38. It is also located in Cleigne and in order to get there, you need to take the side quest called Rock of Ravatogh. In addition to that, this dungeon is also part of the side queest Vyv's Volcanic Inspiration. Should you survive this difficult challenge, you will get an Armiger Weapon called Mace of the Fierce.

The funny thing here is that you can actually finish this dungeon without even having to fight the boss inside. Despite that, there are plenty of strong enemies to deal with instead.

Located in Cleigne, this dungeon is a part of the main quest called Party of Three. However, unlike the previous ones, this one has several floor levels which you can access by using the elevator there or some of the hidden stairs. Apart from being kind of tricky to navigate, this is also a Royal Tomb location, which means that you need to be at least level thirty-two or higher in order to join.

The boss itself will be waiting for you on the third floor. His name is Quetzalcoatl and he is basically a flying beast that does pretty decent damage. Besides him, the mobs there are not something which you need to worry too much about. 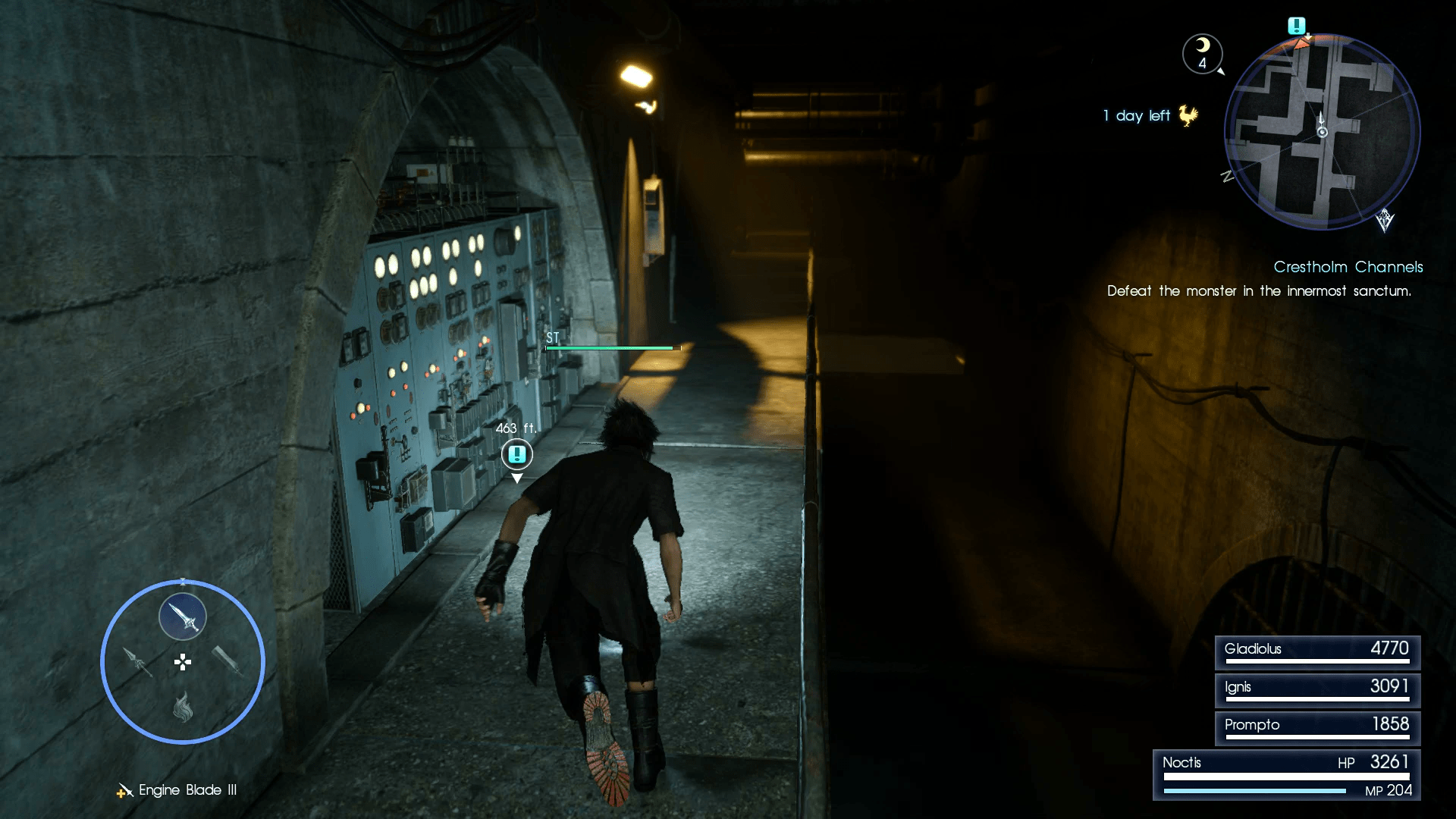 This dungeon requires you to be at least level thirty-eight in order to finish it properly. In order to get there, you will have to follow the main story until Chapter seven where you will be able to enter this specific region of Cleigne.

The boss is named Treant and he is not that hard to deal with.  His only big strength is his huge HP pool but other than that, he is pretty much harmless. Apart from him, there are many high-level mobs which could make your life a little bit harder but it's not something to cry about.

If you manage to finish this dungeon you will get the Royal Tomb - Tomb of the Rogue and a Star of the Rogue Armiger.

The Duarel Caverns is a dungeon that is best to be finished once you hit at least level 41. Otherwise, it will be very hard to actually do it because there are many things which can go wrong. The good thing is that there are no requirements in order to enter it, which means that you have the freedom to decide when to actually do it and how.

Located in Duscae, it is a rather short dungeon because there are not that many mobs to kill. However, those that are present are definitely capable of giving you a pain in the ass. In terms of the boss, he is also hard to deal with because he has a lot of mobs with him. This means that you need to be able to cope with more than one enemy at a time. If you can't, it will not be a pleasant experience.

The reward - a Moogle charm accessory which increases the exp you get while in combat. It is definitely worth getting because it will make your life a lot easier from now on.

This is one of the hardest dungeons in FFXV because you need to be over level 50 in order to have a chance here. Location in Leide, you will be able to start doing this without any quest. However, it has several floors, which means that it will take some time.

Keep in mind that the boss Aramusha is also very strong, so you will need the help of your trusty mates to win against him.