FIFA 20 is the newest version of one of the most popular game franchises in the world. Literally every single old-school gamer in the world has played FIFA at least one time in their life. After all, the game has been around for over 20 years now, which is another record. That said, EA Sports definitely changed it a lot since its early days.

In fact, FIFA 20 is mainly focusing on football outside the traditional pitch. There are many great activities to do such as playing with your friends up to an 11v11 mode, which is just insane. It seems like the developers wanted to put more emphasis on solo action and improving your solo skills.

That said, FIFA 20 also has other cool things such as their icon list, which is absolutely mindblowing.

What are the FIFA 20 Icons?

The so-called "icon" feature was first added a couple of years ago in FIFA 16. However, you might not remember them because they were called Legends back then and were only available for Xbox users. To make a long story short, they were basically some of the greatest football players of all time back when they were at their peak.

Now, these legends are renamed into icons and they are available for every single platform. Of course, some of them are going to be swapped out for others but the general number of icons is a lot higher compared to what it used to be.

Unlike the previous FIFA games, the icon cards here have three different versions - baby, mid and prime. As you can guess, the baby icons are the cards that have the lowest ratings. The Mid icons are made either before or after the peak of a certain player (for example, when Cristiano Ronaldo eventually becomes an icon in FIFA, his mid icon will be in Sporting Lisboa). Lastly, the prime icons are the ones that have the highest rating because they are based on a certain players' peak performance.

Now that you know what we are going to look at, let's see which are one of the best icons that we are aware of in FIFA 20. Keep it in mind that this number is subject to change in the future because there will be some updates for sure. 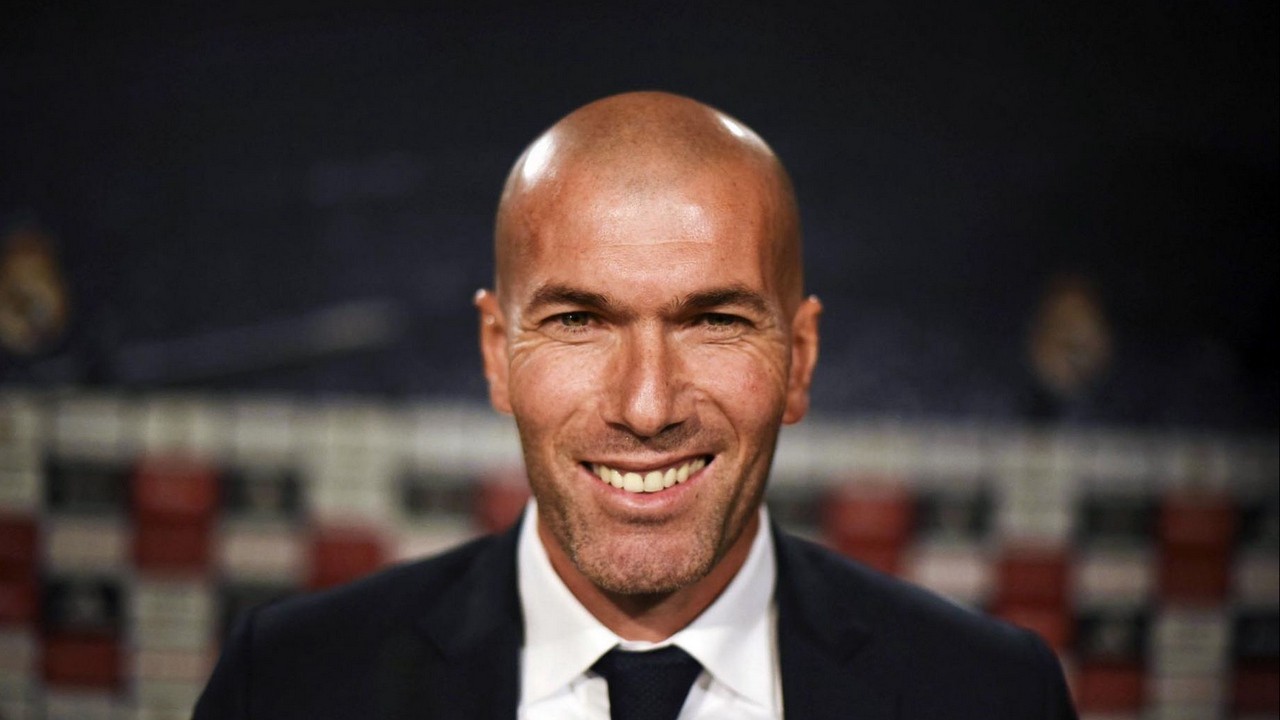 There are not that many players in the world who are loved by many but Zizou is definitely one of them. He is often considered to be one of the best midfielders of all time, especially after his amazing goal against Bayern in the final of the Champions League a long time ago. That said, he will also be remembered for his "head attack" against Italy's defender during the World Cup a couple of years ago.

Drogba is by far one of Chelsea's most legendary players. He has been a key part of the teams' success during his era which is why many people consider him to be one of the best strikers in the world. That said, many people actually wanted FIFA to add the player a long time ago and it finally happened.

Needless to say, this will be one of your best options if you want to score a lot of goals.

When you think about Brazil, you are not really thinking about their defense because let's face it, Selesao is famous for having one of the best offensive players of all time. However, there is one name that definitely stands out - Carlos Alberto. He is considered to be one of the best Brazillian defenders of time. Needless to say, he will definitely be a worthy addition to your squad. 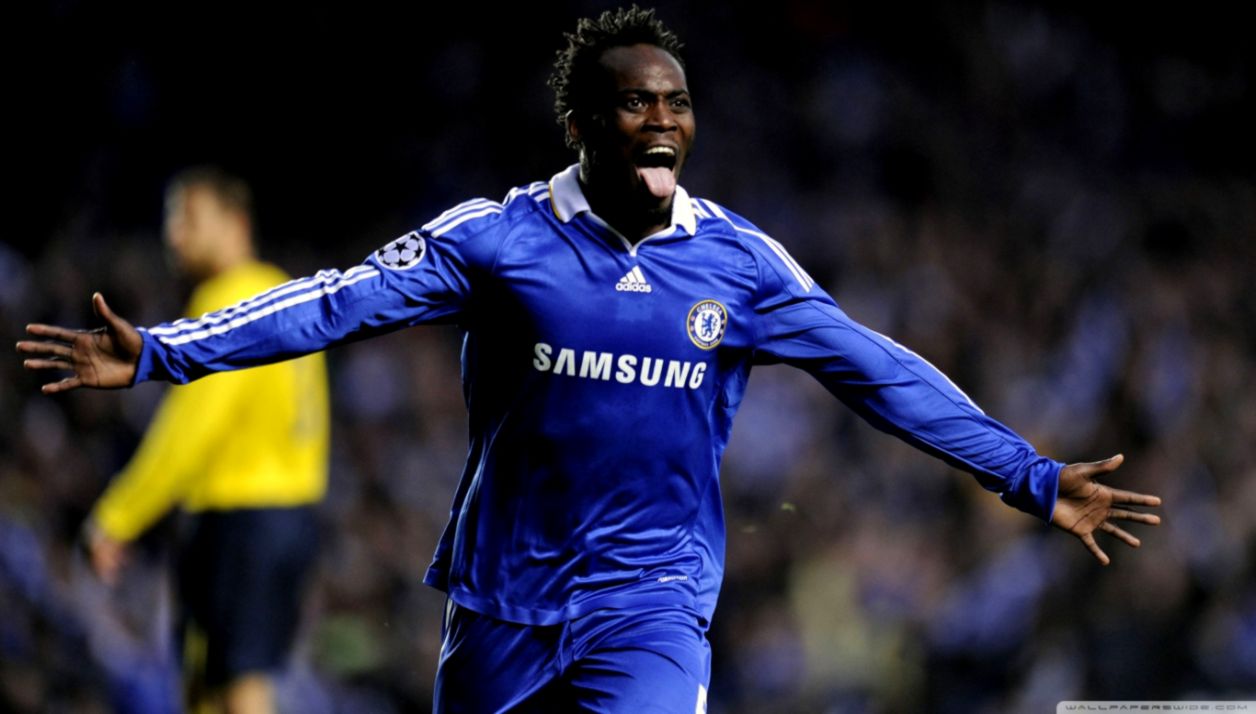 Essien is yet another legendary player from Chealse, who was a key part of their success a couple of years ago. The interesting thing here is that, unlike the other icons in FIFA 20, he is still an active player who plays in the Azerbaijan Premier League, making him the only active icon for now. Despite the fact that he is not really on the same level as he was right now, Michael Essien still remains one of the best players to ever play in the Premier League.

That said, once you get him as an icon in FIFA 20 you will see that he does not have the best stats in comparison to some of the other icons. However, it is still pretty good.

Zambrotta was one of the legendary players in Italy's squad when they won the world cup in that memorable Grand Final against France. It is no surprise he ended up un the icon squad because many people believe that Zambrotta is one of the best full-back players in football's history. What's more, the clubs he played for is also very impressive. 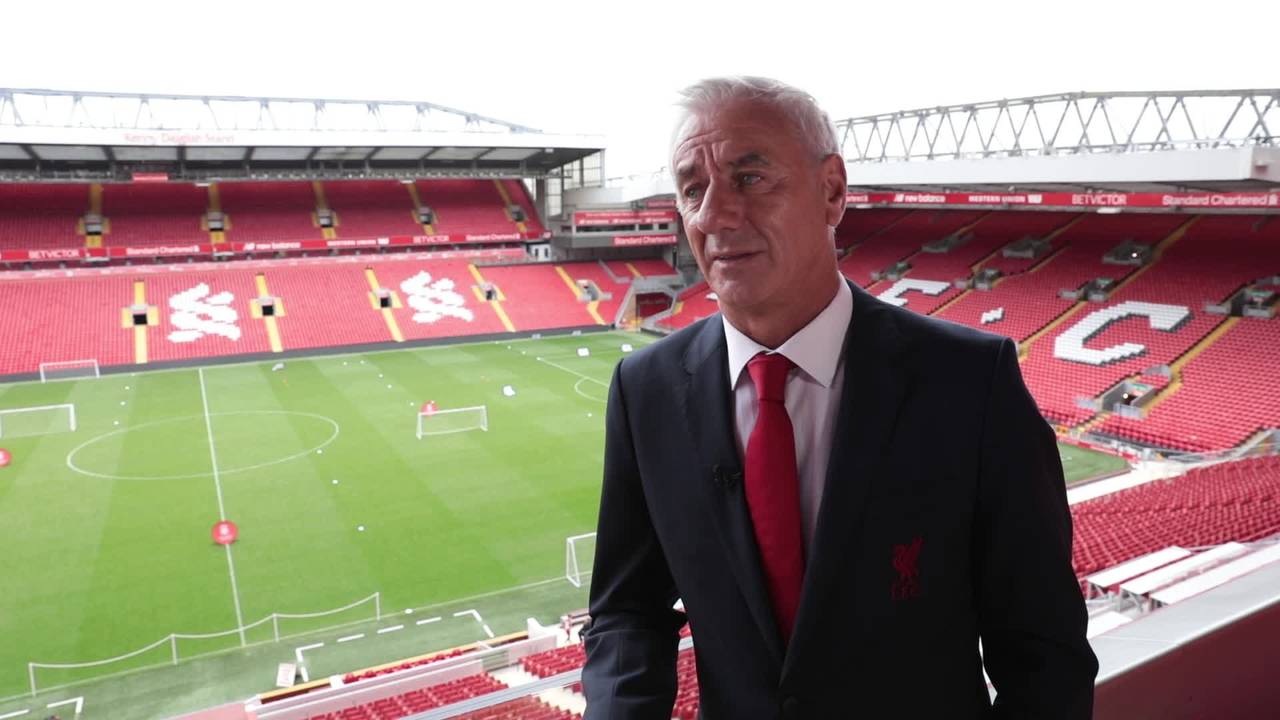 Ian Rush is a player that some of our younger readers might now be fully aware of. Let's just say that he is one of the best players ever to play for Liverpool where he scored over 200 goals in his amazing career. That's why you can often hear people comparing Mo Salah right now to him, even though it is probably way too early to do this because Mo still needs to score more goals.

This is another old school player which is in a similar category to Ian Rush in a way that not many people might know him. However, the fans of Atletico Madrid and Real Madrid definitely won't forget the goal-scoring machine who has over 400 goals in 700 matches, making him one of the most efficient players in football. In fact, he is currently in fourth place in terms of scored goals in La Liga after Ronaldo, Messi, and Zarra.

Another thing that Hugo is famous for is his goal celebration. Try finding a video on YouTube and you will see one of the best backflips from a football player.

Another Brazilian legend we have in the icons of FIFA 20 is Kaka. There are not really enough words to describe the genius of the AC Milan player, who was considered to be the best player in the world at his peak a couple of years ago. However, after he joined Real Madrid, his performance was not really the same as in Milan. That's why just a couple of seasons later, he was sold to the US team Orlando City where he decided to retire as a footballer.

Kaka will always be remembered as one of the best playmakers in the world, which is why EA sports decided to give him a 91-rated prime card.

This is yet another Brazilian player which you may not have heard about but he definitely deserves to be here among the legends in football. He played for Botafogo, which is a team from Brazil where he reigned havoc for many, many years.

A very interesting fact is that the Brazilian national team never actually lost a single game whenever he and Pele played at the same time. That's just insane to think of. 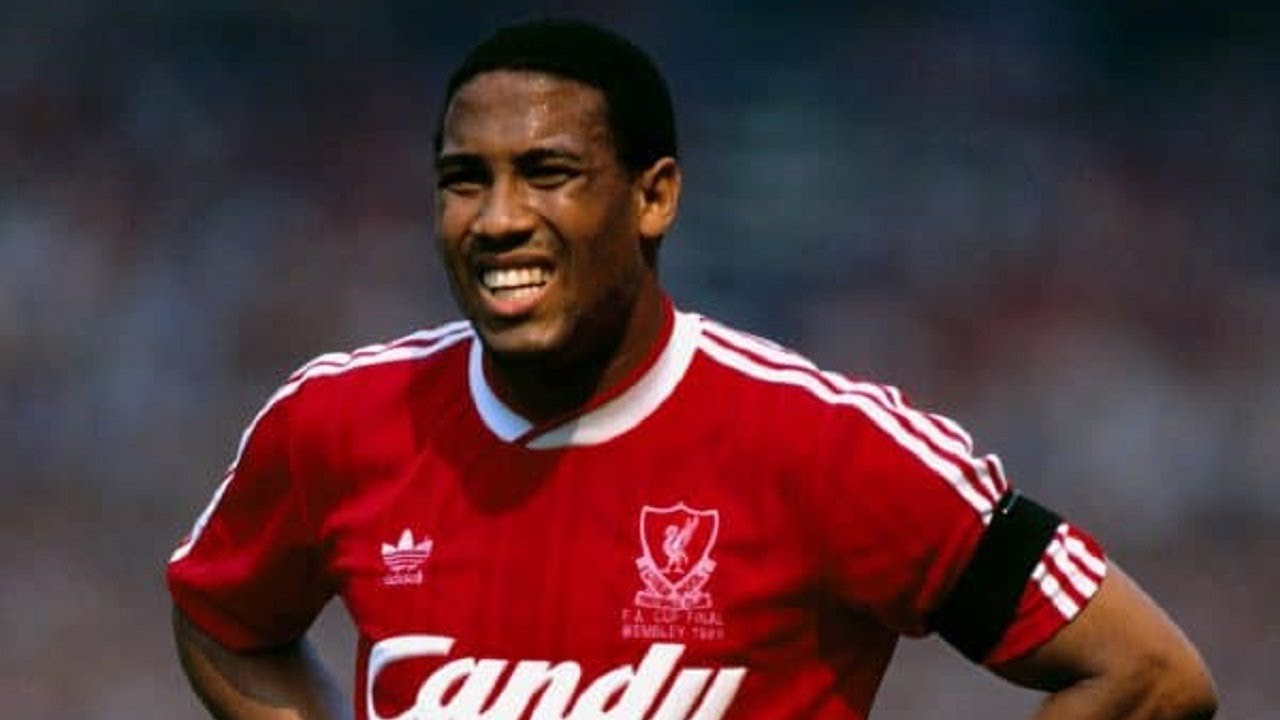 This is yet another Liverpool player who made a name for himself after playing for the club for over 300 times and scoring around 90 goals. John Barnes was definitely a very memorable winger who will forever be remembered by the fans. Apart from Liverpool, he also played for Watford, another notable English team.

What a surprise (not really), another Liverpool player! Kenny Dalglish is one of their most legendary players and was the key to the success of the club during his time. Another interesting fact about this player is that his career was over 20 years and he also played for Celtic, where he made his mark by securing a couple of trophies for the Scottish team. In addition, Dalglish also has over 100 international games for the Scottish national team, which makes him a true icon.

There are just not enough words to describe how valuable and good Andrea Pirlo actually was. He is among AC Milan's best players ever and definitely one of the reasons for the club's huge success in the first couple of years after 2000. Of course, he was also a part of Italy's 2006 World Cup-winning team.

Apart from there, Andre Pirlo also played in Juventus for a couple of seasons before he decided to move to New York City FC. Despite the fact that he was not in the best shape, he still managed to score very important goals for the US team. 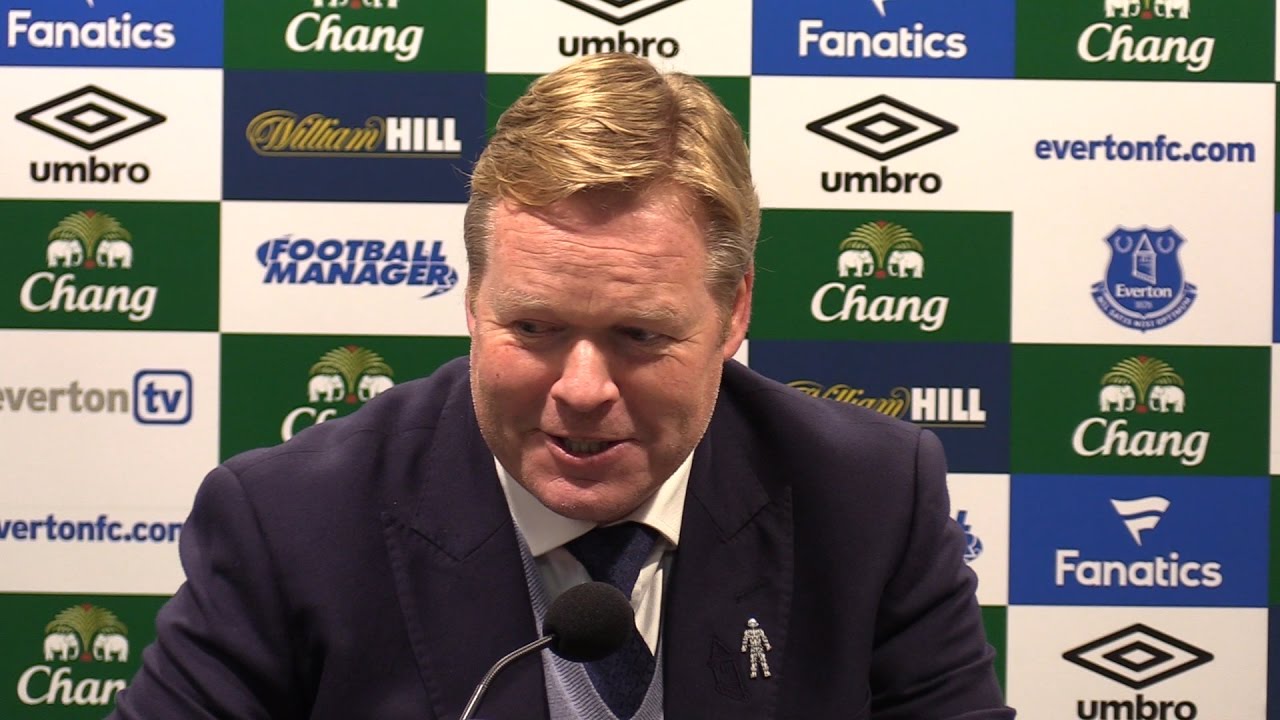 Ronald is another legend from a couple of years ago who played for many notable clubs in his careers such as Ajax and Barcelona.

Most of the icon players on this list are famous for scoring many goals, however, Koeman will forever be remembered as having one of the best passing skills in football's history.

Currently, the Dutch player is actually managing Netherland's national team in hopes of improving their performance after they were unable to qualify for Euro 2018.

Apart from Thierry Henry, who is undoubtedly Arsenal's biggest star ever, Ian Wright is the second most notable player. He was one of the best strikes during his peak and managed to score over 120 goals in 200+ games, making him one of the top scorers for the club.

Potential players we would like to get an Icon Status 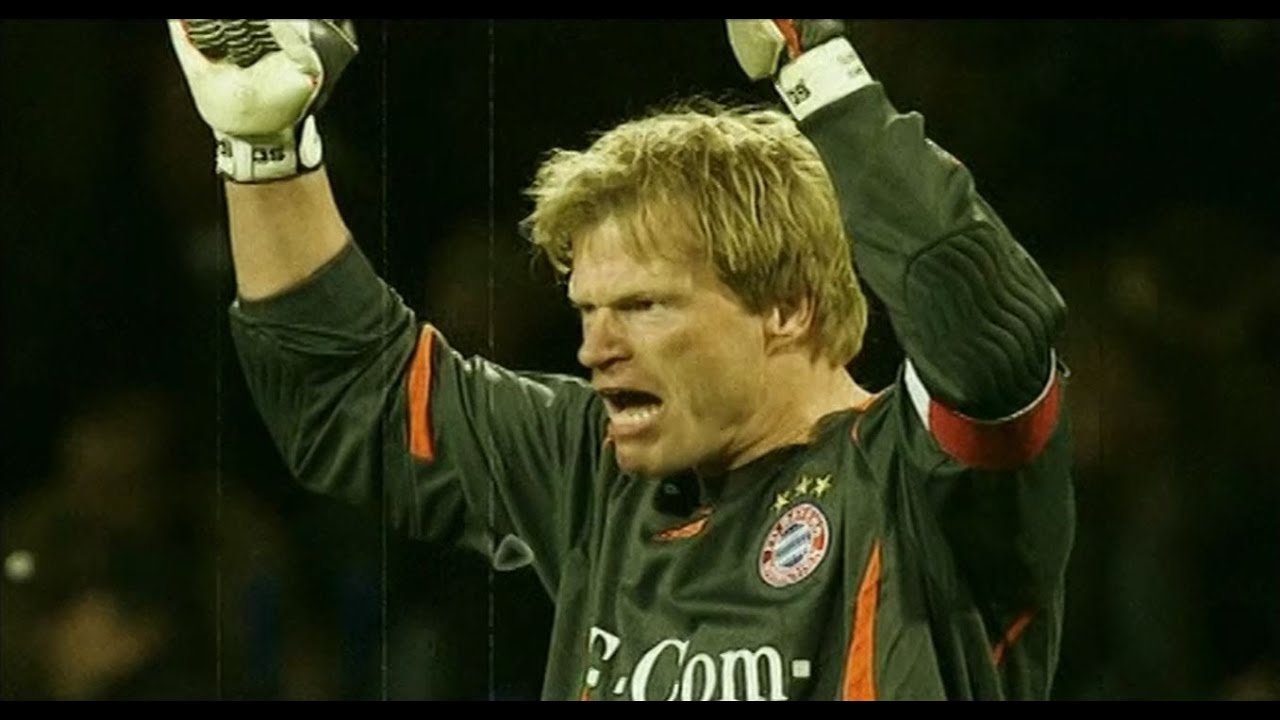 Oliver Kahn is the most legendary German goalkeeper. As you know, he played mainly for Bayern Munich where he won 8 Bundesliga titles. What's more, Oliver Kahn was an irreplaceable part of the German national team, especially during the 2002 world cup where he outshined every player from his team.

Apart from his undeniable skills, Oliver is also famous for his temperament, which was often considered to be very aggressive.

If there is one player who was loyal to his club until the end, it has to be Francesco Totti. The outstanding forward spent over 25 years playing of AS Roma where he scored over 300 goals there and became an absolute icon for the team and the city. Of course, let's also not forget his incredible performance for the Italian national team, especially during the World Cup in 2006.

Why is David Beckham not yet included as an icon will remain a mystery. There are not that many players out there who are as influential as him. He has proven himself in every single team he's been too. Of course, his career started in Manchester United where he won six Premier League titles and then after getting involved in a scandal with Sir Alex, he made a move to Real Madrid.