FIFA 20 is scheduled to come out on the 27th of September, which means that were are just a day away from it. Needless to say, it will feature many new cool things such as gameplay changes, new modes and more, which makes it one of the most anticipated games of the year. After all, the FIFA franchise is insanely big in the gaming community.

Today, we will take a look at the different new gameplay changes. According to EA Sports, FIFA's devs' they are made in order to bring more realism and overall "feedback" from the game. Let's see what's new. 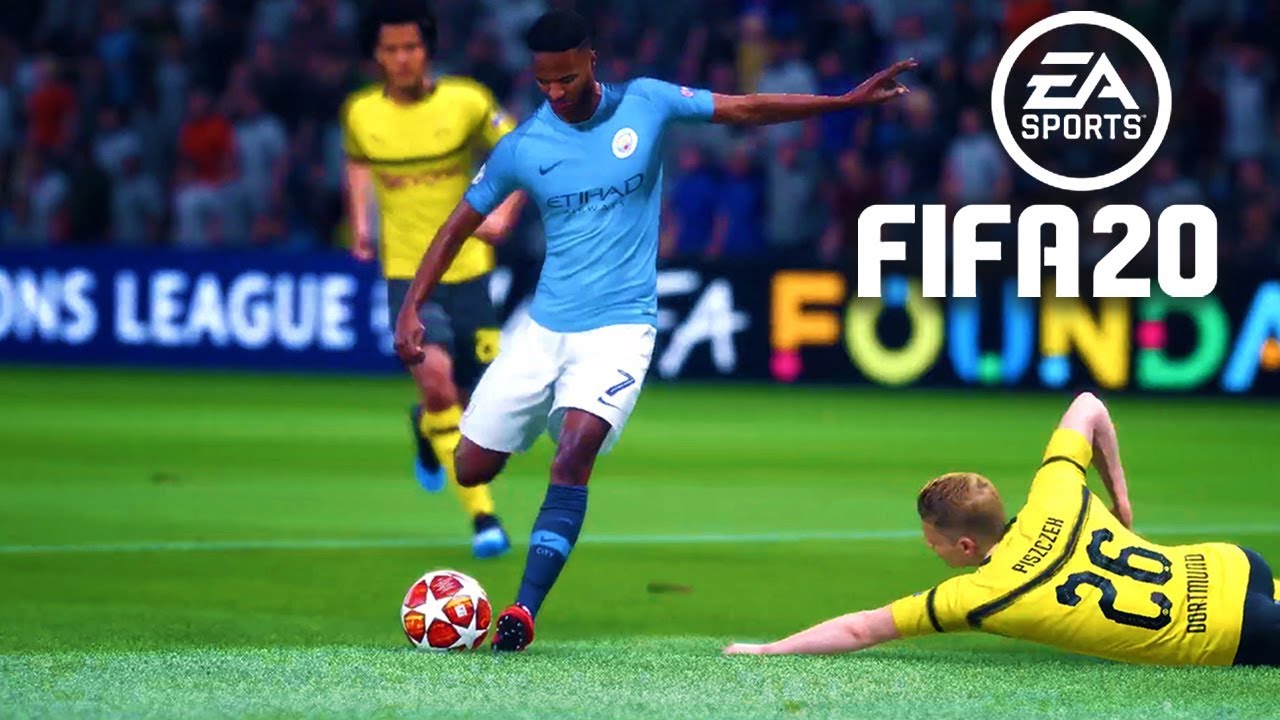 As we mentioned in some of our other articles, FIFA 20 focuses a lot on improving your personal skills as a player rather than as a team. This means that there are going to be many new 1vs1 scenarios in the game where you will have the chance to show off your skills. Of course, this also means that it will be a little bit harder but that's what makes it fun. 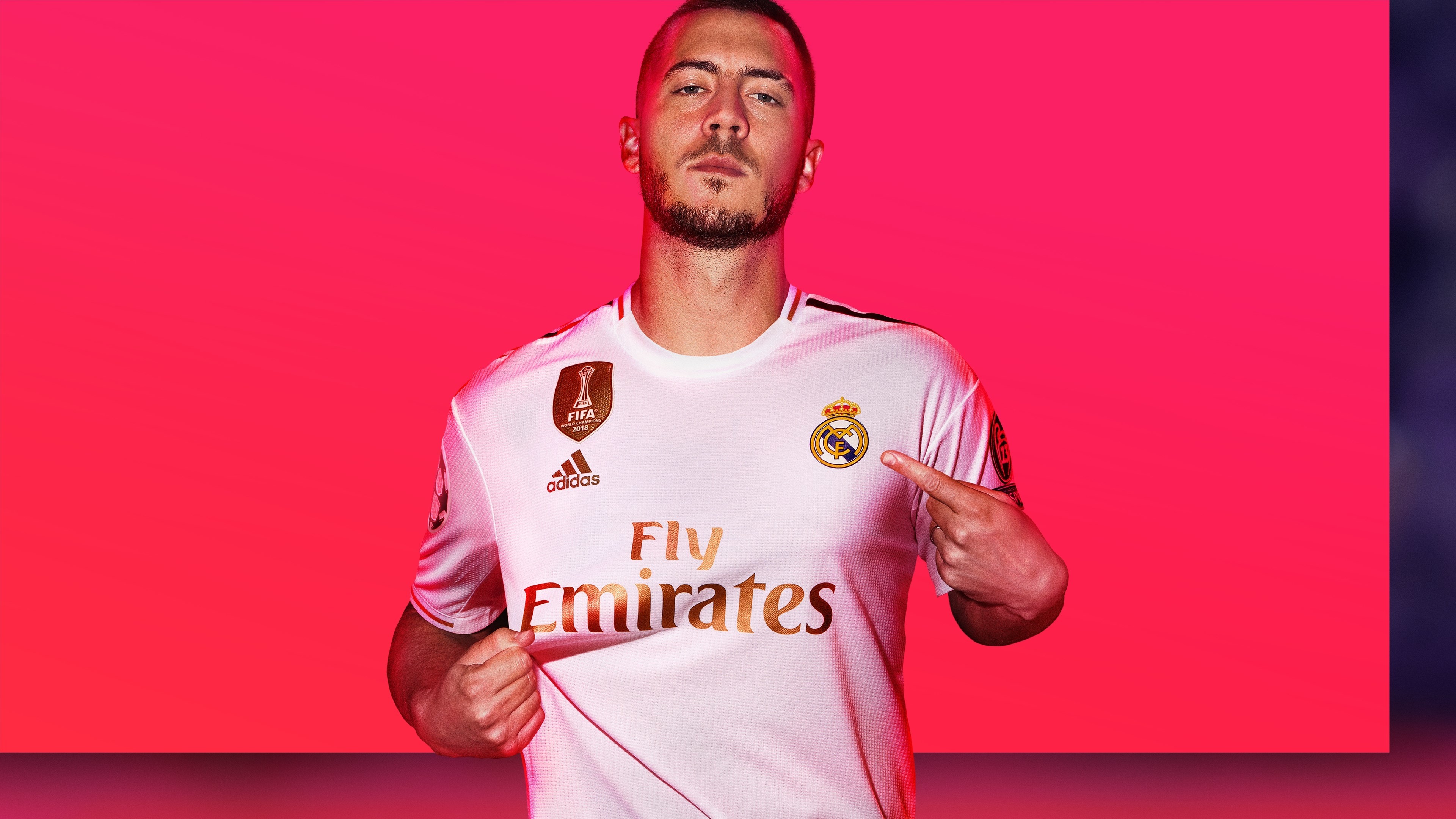 One of the problems with the previous FIFA tiles was also the fact that very slow defenders could easily catch up to some of the fastest players in the game. We probably all had those situations where you start running at the ball and the defender just catches it before you do, for literally no reason.

Finally, EA Sports decided to address this issue so now, this should be fixed. What this means, in reality, is that the pace actually matters now, so if you have a very fast winger, he should be able to deal with the "old" defenders trying to stop him. Hopefully, this will have a better impact on the overall gameplay.

Dealing with the defenders

Unfortunately, not all forward have the needed pace to outrun their defender. This means that their strongest weapon has to be dribbling. One of the examples here is Cristiano Ronaldo. Despite the fact that he is 34 years old, he is still one of the best players in the world. That said, he surely lost some of his speed throughout the years. Good thing he still has one of the highest dribbling ratings in the game.

A cool new feature in FIFA is the so-called Strafe Dribbling, which allows some of the players who have great dribbling skills to take full advantage of it. As we mentioned earlier, FIFA 20 emphasizes a lot on the one vs one scenario, which is where those types of players really excel at. Now, you have the ability to move side to side in order to trick the defender, allowing you to have more space to form a deadly attack. 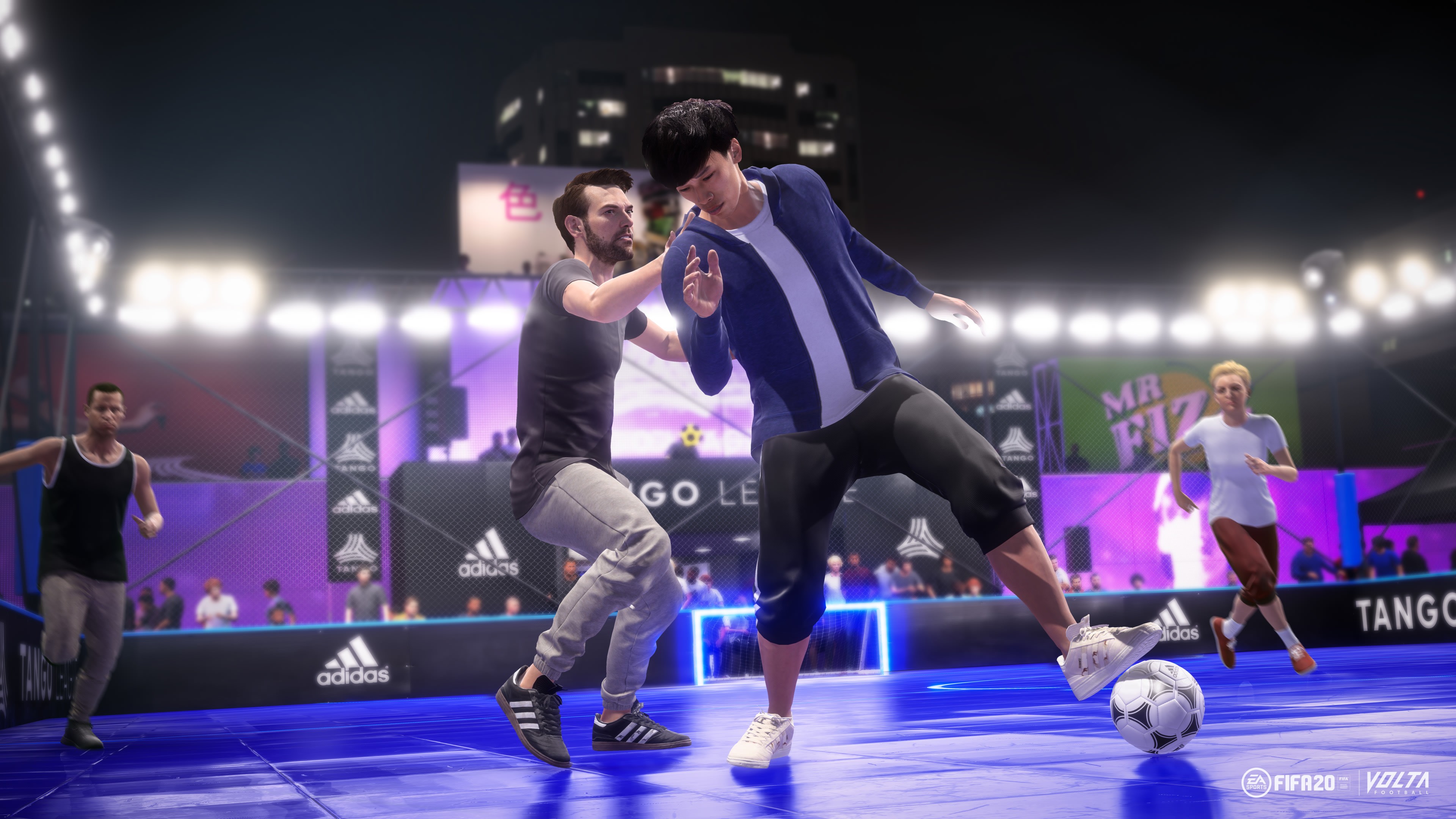 Of course, whenever there are new attacking changes to the game, this means that there also must be new changes to the defending mechanisms as well. That's where the tackle changes come to play in FIFA 20.

Some players, especially those who play casually, tend to rely a lot on the AI doing the defense for them. Well, if you are one of the players, you are in luck because the new system allows the AI defends to do well-timed tackles, which works wonders. What's more, the system is reworked in a way to emphasize the clean tacking. This means that the cleaner the tackle, the higher the chance is to gain possession of the ball, allowing you to do a deadly counter-attack.

Whether or not your tackle can be clean depends on many things such as the specific angle that you go from, the tackling stats of the players itself and more. 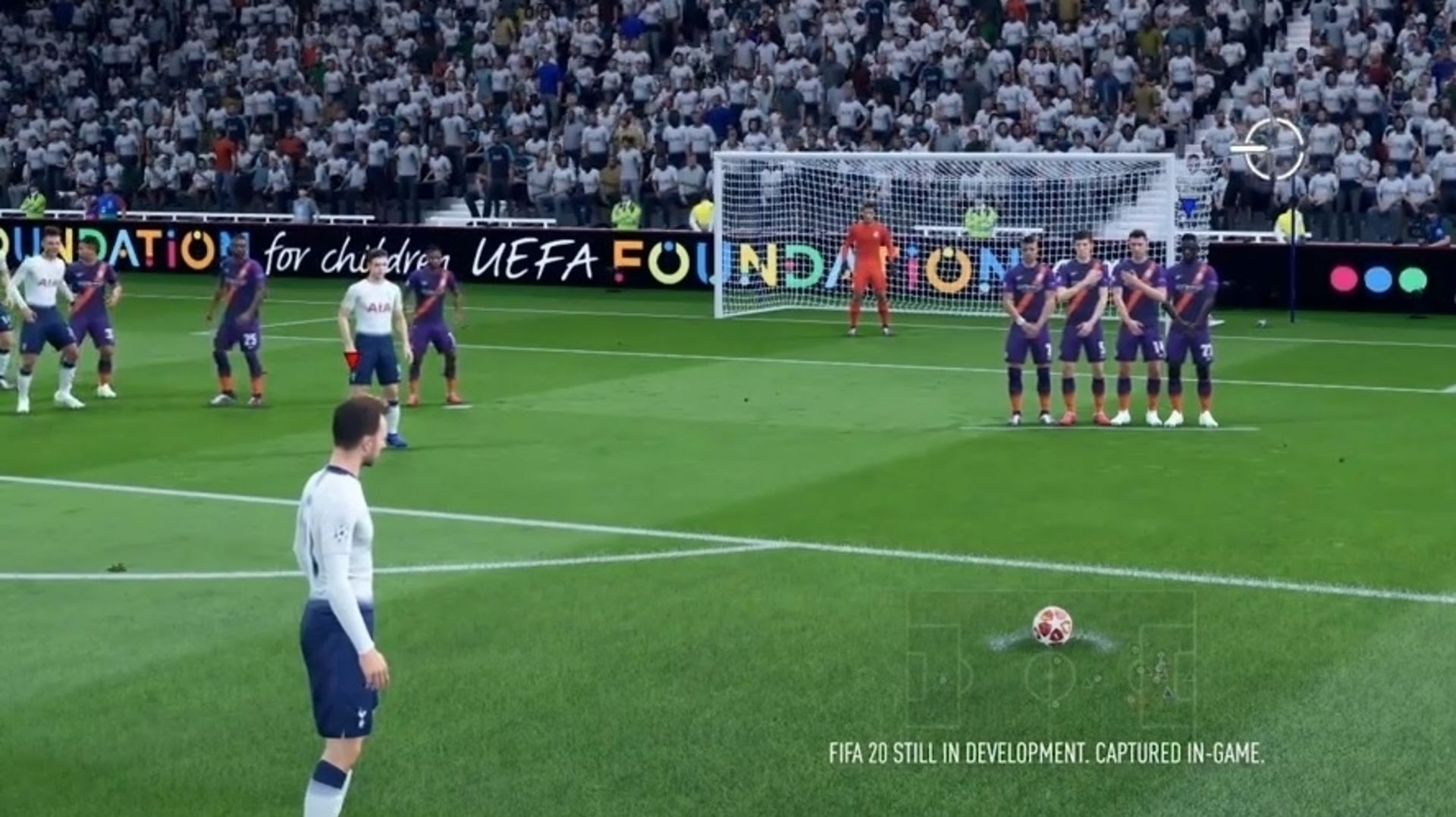 Another significant change in FIFA 20 is related to the set-piece elements of the game, mainly free-kicks and penalties. We already covered the free-kicks in-depth so be sure to check it out if you want to know more about those. To make a long story short, scoring from a free-kick is a lot harder than it used to be because there are various new factors to take into consideration.

Now, before you are about to take the shot, you need to choose the place where you want to aim at, decide what power are you going to use and just before the player connects with the ball, press the power button again. This will add you a very distinctive spin to it, which is very cool. Sure, it is harder to score goals but when you so, they will be very, very entertaining.

Next, we have penalties. To be honest, they work i 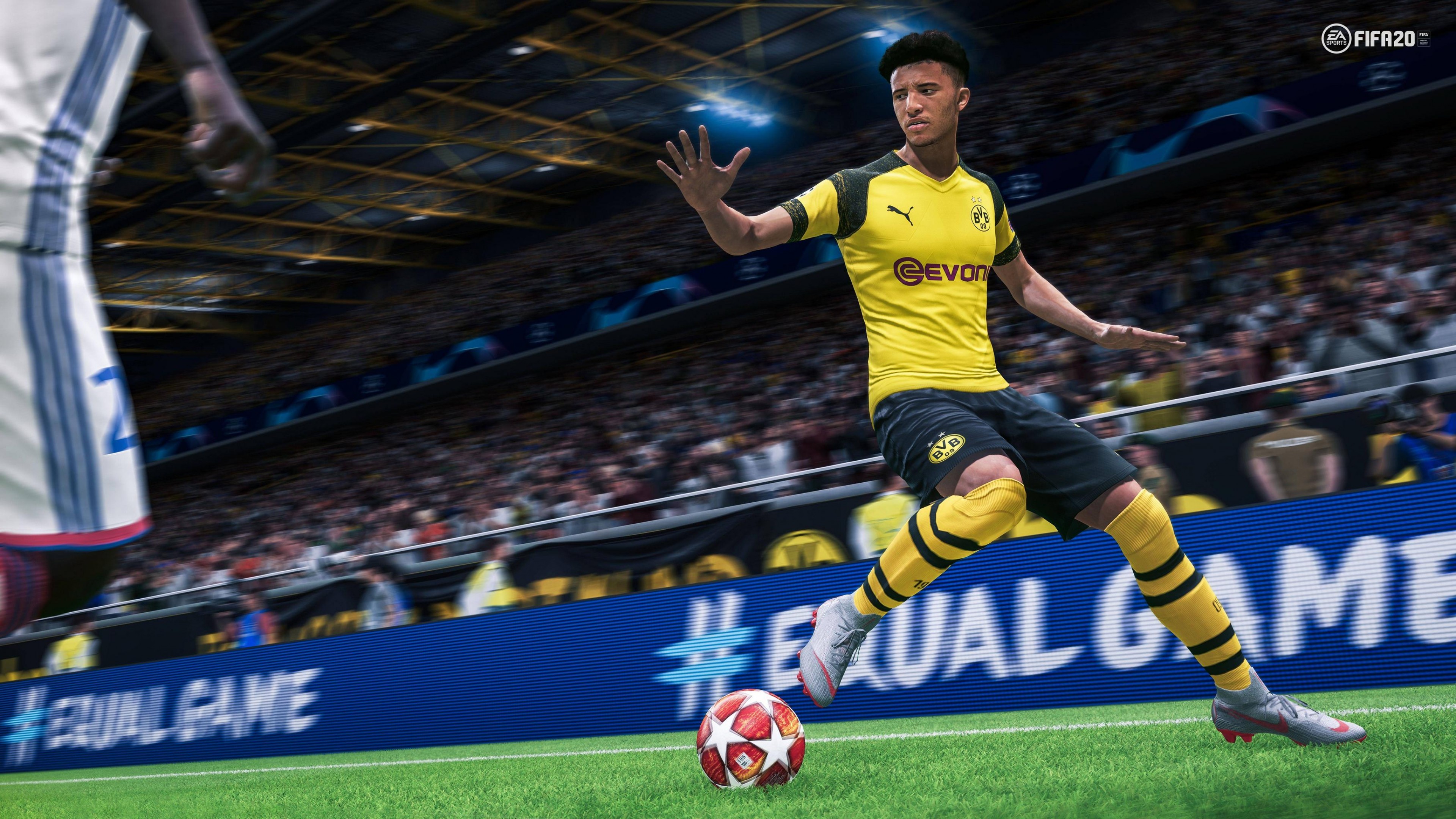 n a very similar way to free kicks, because you have to repeat the same steps. However, upon pressing the shooting button just before the player is about to take the shot will allow you to increase the reticle size, which translates to a more precise shot.

FIFA 20 also brings a change to the shooting mechanism. Before, unless you manage to get a good distance between yourself and the opposite players, shooting was pretty hard. Now, if you use R1 (PS4) or RB (Xbox One) and the analog stick, you will be able to sort of "move" the ball around until you see an opening, which will allow you to make the perfect shot.

Needless to say, mastering this technique is pretty hard so it will take some time. However, when you combine with other dribbling techniques, you will be able to completely outplay the enemy defenders and score marvelous goals. Just practice it a bit until you master this technique.