There are many amazing weapons which were added in Final Fantasy 15. Having said that, there are some really special ones which are pretty much considered to be the top tier equipment in the game. In fact, should be able to obtain any of them, defeating your enemies will be just like a walk in the park for you.

The current best items in the game are The Black Hood; Ring of Lucci; the Dominator; the Ultimate Blade. If you are able to get all of them, you will become pretty much invincible. In fact, not even the enemies which are higher level than you will be able to stop you, which is a pretty cool way to troll your enemies.

Let's see how to actually get those precious items. 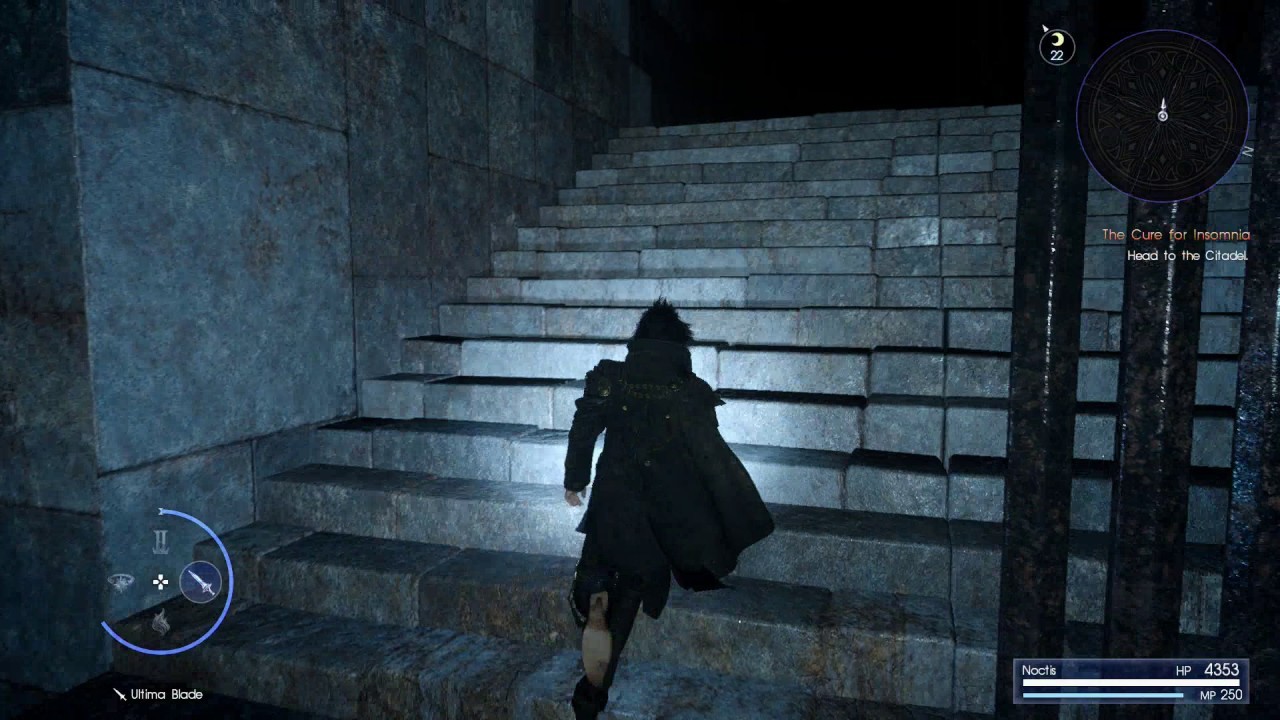 The Black Hood is an accessory which you can get pretty late in the game but it's worth the wait. It is located at the very end of the Pitioss Dungeon. In order to get it, you need to beat the dungeon, which is definitely easier said than done. Also, in order to get there in the first place, you`ll need the Regalia Type-F flying car.
As soon as you equip the item, you`ll be able to automatically evade all attacks. However, it is only usable by Noctis.

The Ring of Lucii

This amazing ring is an heirloom item of the Lucian kings.  Having said that, this makes it very easy to get because you just need to progress through the main story. However, it will appear all the way in chapter 13, which means that you have to through a lot.

The item itself will give you the power to cast advanced magic, including a life-stealing spell, which is absurdly strong. If there are any enemies which you think that you can't defeat, leave them until you get the ring. 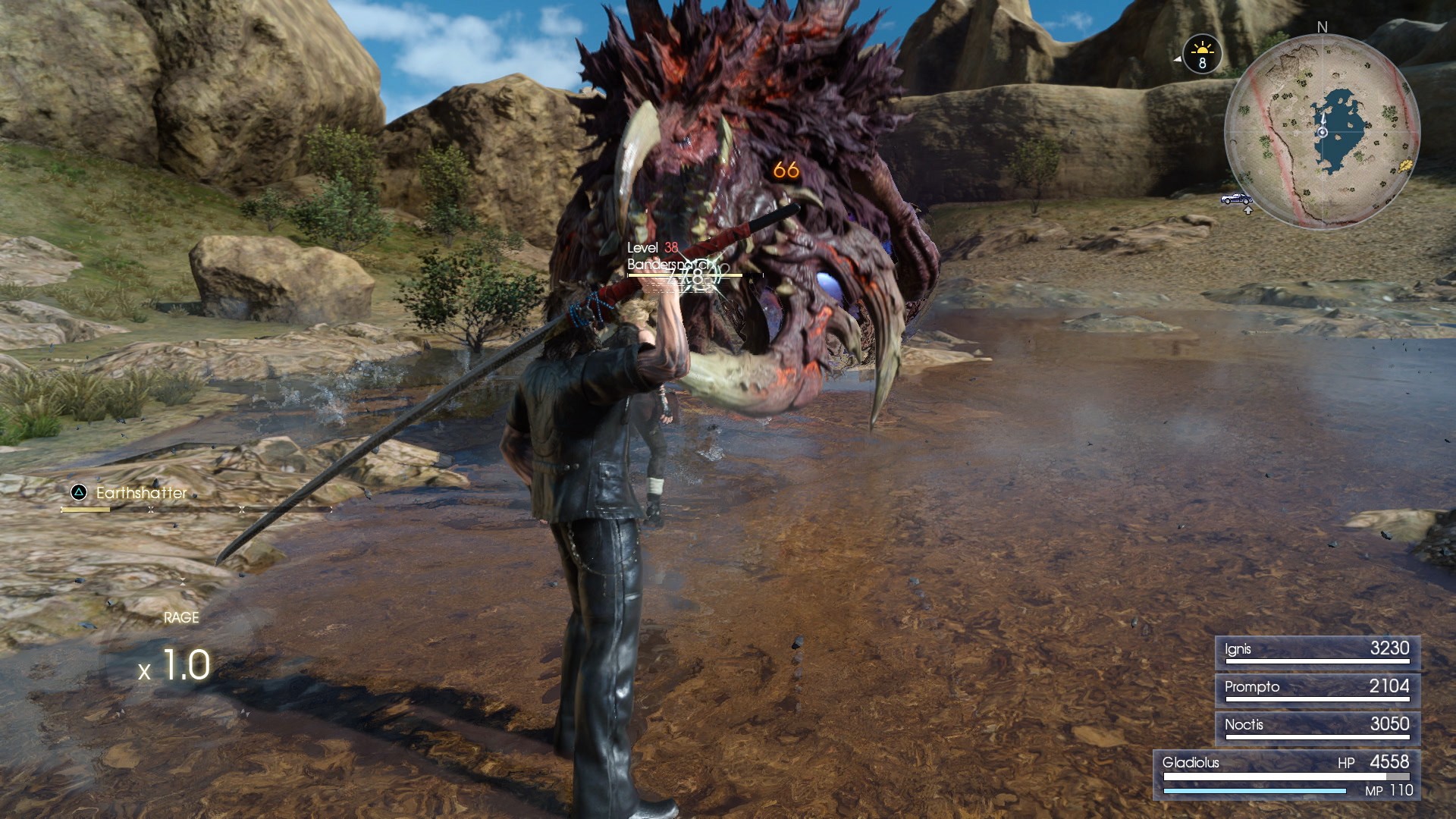 In general, the Armiger weapons are considered the best in FFXV. However, there are some other weapons which are even better, and the Dimonator is one of them. It's basically a giant sword that does an insane amount of damage. In addition to that, it also increases your HP and dark resistance. In order to get it, you need to go to the building north of Alstor Slough, in Duscae. 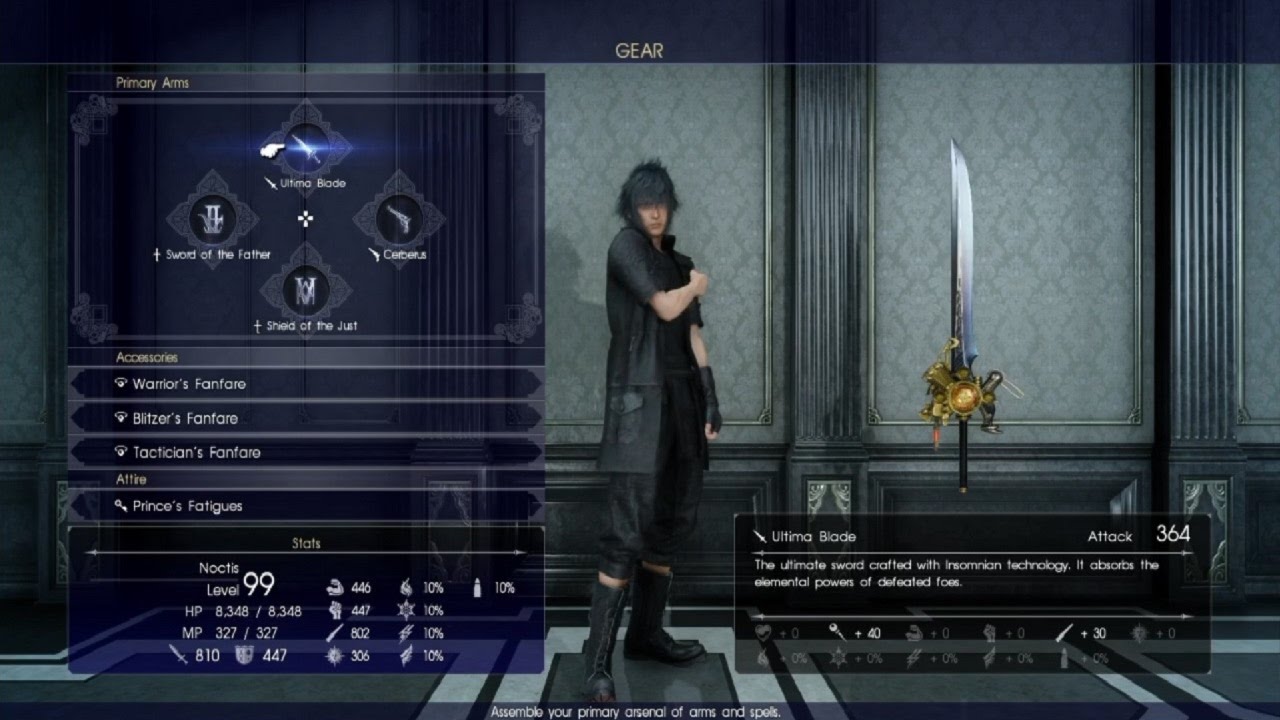 The Ultimate blade is a part of Noctis' heirloom. In order to obtain this amazing blade, you need to upgrade your starting weapon with a quest called "A better Engine Blade".  Even though this is not the best weapon in terms of damage, it has some pretty amazing effects. For instance, the blade is capable of absorbing energy from fallen enemies and it increases the MP and magic. If you want to obtain this item, you`ll need to get the followings: Rusted Bit; Glass Gemstone; Sturdy Helixhorn.

Unlike the rest, the ribbon is an accessory which you can get later in the game. What it does is that it prevents almost all status aliments, which make it very powerful. It can be obtained from a merchant in Altissa using 40 oracle coins. The other option is to complete the Frogs of Legend quest.