Fallout 4 - How to get inside Parsons State Insane Asylum

Fallout 4 - How to get inside Parsons State Insane Asylum ⚡⚡⚡ Esports and gaming news, analytics, reviews on WePlay! The latest news on WePlay!

Fallout 4  is one of the most interesting action role-playing games available to play today. Set in the open-world environment, Fallout 4 is very similar to the other fallout versions beforehand. However, there are a lot of other returning features which include two modes of view - first-person and a third-person perspective.

Apart from that, the player also has the ability to freely roam in the game's world. Also, another new amazing feature is the fast travel. Once the player discovers a new location, he can go there very fast, which is definitely a huge plus in terms of just saving them from roaming around. There are also a lot of new features in terms of customizing weapons, guns and many, many more.

Having said that, there are also many cool places where you can go to. One of them is called the Parsons State Insane Asylum Center and it is a very interesting place in Fallout 4. In fact, it contains two different collectibles which are very valuable - the Charisma Bobblehead and the Massachusetts Surgical Journal.

Apart from the prices above, this place is also a part of a very interesting side quest chain which rewards you with some unique weapons. The Lorenzo's Artifact Gun and the Zeta Gun are among the most popular and also strongest weapons available for you to get in Fallout 4. What's more, while you are there, you will also be able to get a Mysterious Serum, which is a very strong consumable that removes 36000 rads and provides +50 damage resistance as well as  +5 STR.

There a couple of quests which are related to gaining access to this place - the Special Delivery, Emogene Takes a Lover and The Secret of Cabot House. 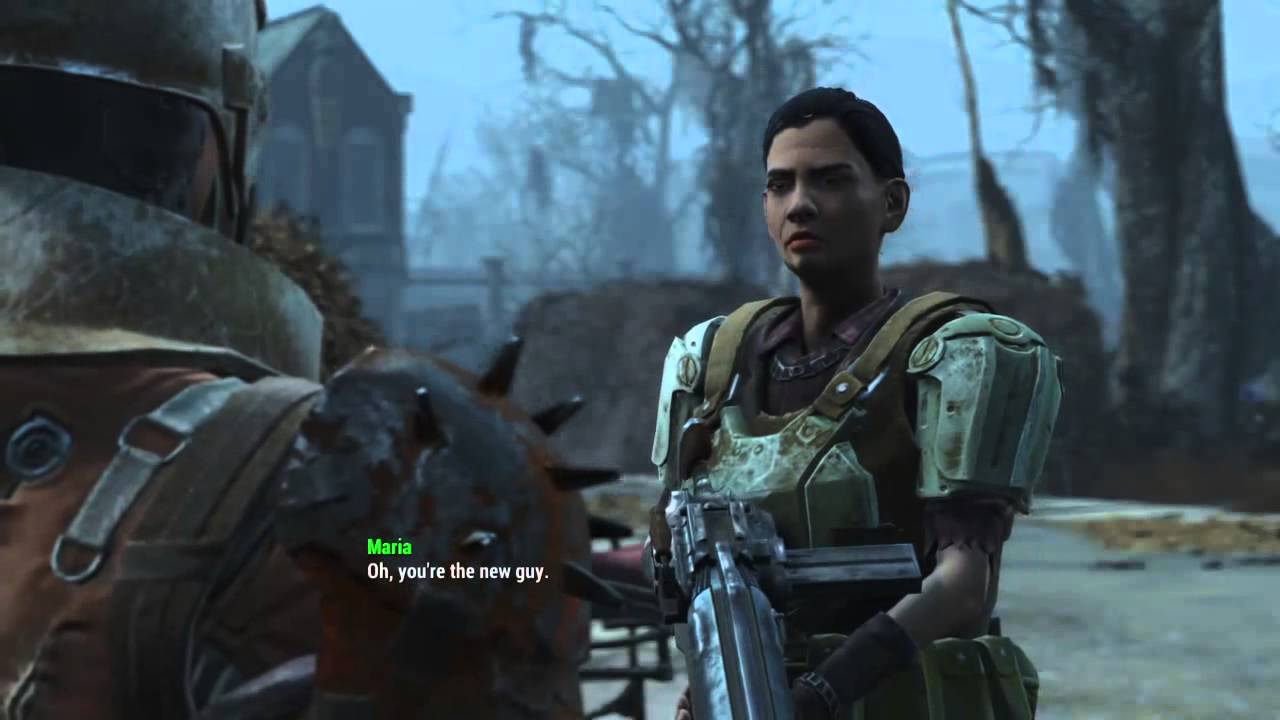 As I mentioned above this side quest chain is one of the ways to get inside the Parson state. In order to start doing it though, you need to be at least level 10 and have to actually ding the place while you are traveling and killing the mercenaries there. However, you won't be able to actually open the door or go inside the first time you see the Parsons. Despite that, you will be able to see a ghoul named Edward Deegan who will appear in one of the following places - the Dugout Inn in Diamond City and the Colonial Taphouse in Diamond City.

Having said that, it is definitely a good idea to visit all the places mentioned above until you find this person. However, if you don't want to bother doing this, you can start this quest by just going to the Cabot house and use the intercom there. When you do it, Deegan will answer and will basically let you inside this place. Keep it in mind though that in order to do this, you need to have high Charisma.

After you talk to him, he will give you a Special Delivery quest which requires you to visit the Cabot House. Once there, you need to find out more about the story behind this side quest, which is actually very interesting to do. Once you do that, you need to clear a raider camp and then retrieve the Mysterious Serum for Jack. Again, if your Charisma is high enough, you will be able to lie to Hack about the serum and just keep it for yourself. If you don't want to bother yourself with this, just give it to him and you will earn an additional of 50 bottle caps.

Of course, it's needless to say that you need to need to try and agree to what Hack is saying in order to get the Unique weapon as a reward at the end of the quest chain. If you don't do it, chances are that you are just going to missout on this amazing opportunity.

The next way to get inside this place is to do this quest. Here, you need to find Jack's sister - Emogene. This is a rather easy ques to do because it will take you to The Hird Rail in Good neighbor. From there, you can talk to Magnolia about who are you looking for. Again, if you have the needed charisma, you will be able to even flirt with her.
After you are done, go to the Charles View Amphitheater and try to think of a way to actually resolve the situation. Their area two ways of doing it - one is to just go hostile and kill this cult's leader. On the other hand, the other method is to just sneak behind the Amphitheater and picklock the door. In both cases, you have to loot his office key in order to unlock Emogene.

The Secret of Cabot House

The quest chain ends with this quest. To make a long story short, you need to follow Jack once he opens to door to the Asylum. At the very end of the quest, if you will be rewarded with Lorenzo's Artifact gun.