There are not that many games out there which can get you as exciting as Fallout 4. Having said that, there are many different things that you can do in this game which can vary from just roaming around to doing important missions which will allow you to advance through the main story.

Of course, in order to do so, you need to have the proper items and most importantly the proper stats. That's why it is essential to know which stats are more valuable and how can you actually benefit from them.

As mentioned above, the starting builds are among the most important things to do. In fact, any single mistake that you make while you are adding points to them is subject to change. However, this is a very painful and slow process, which means that it is a better idea not to do those mistakes at all. Having said that, it all comes down to your personal preference in terms of the stats that you will put. Some people might want to be a little bit more aggressive, whereas others will prefer to have a stealthier approach to the game. Unfortunately, Fallout 4 is nothing like the previous games where you could literally complete the entire story without putting any points or skills whatsoever.

How to boost your character's power 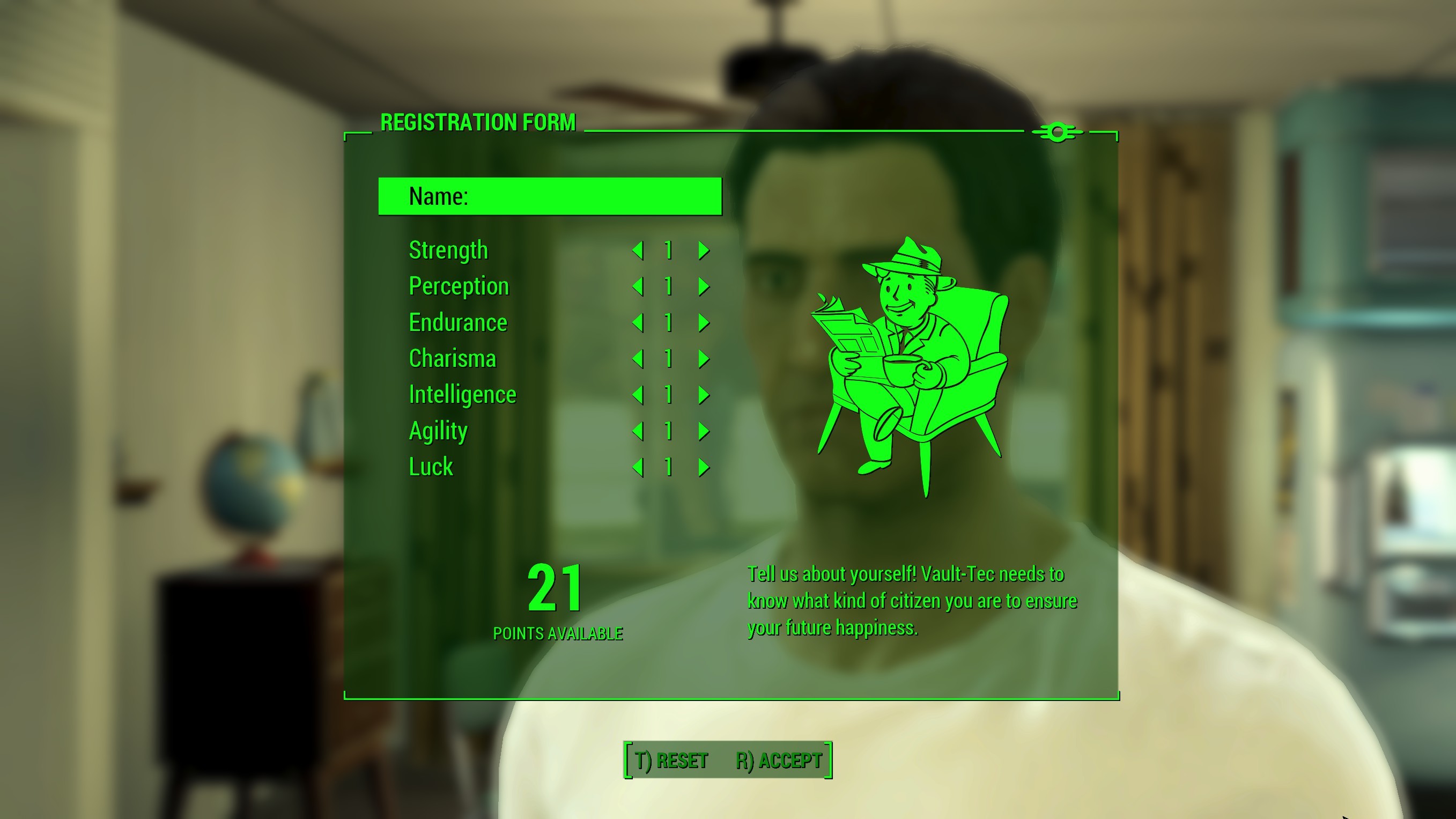 In Fallout 4, there are three basic ways which you can use in order to boost your character's power. The first one is by investing in the various stats and perks, as well as collecting magazines and bobbleheads. We already covered the last part so be sure to read the other articles in order to get a hang of them.

In terms of the stats, there are seven main of them - Strength, Perception, Endurance, Intelligence, Charisma, Agility and Luck. As mentioned above, you can invest a different amount of skill points in them and this will basically unlock up to 10 levels of perks. When they get unlocked, you can also invest points in them as well but they have their own upgrade progression, making them stronger with each level and every point that you add.

There are many tips and tricks out there but here are some that really work.

First, if you want to get ten points on a special stat, you need to invest only eight in it while creating your character. By doing this, you will be able to raise it later when you get your hands on a bobblehead.

Generally speaking, there is no bad build because as I mentioned earlier, it all comes down to personal preferences. However, maximizing the power of your build depends heavily on how you actually play here. So, for example, if you prefer to stay back a lot more rather than being upfront, it is not a good idea to invest in Strength because it will be useless. On the other hand, if you are into role-playing and all those kind of stuff, Charisma is the way to go. If you prefer to just explore things you will want to have Endurance and Perception and so on. You get the point - it is essential to make up your mind on what you actually want to achieve in this game.

Regardless of which build you opt to go for, you need to get the perk at the level 3 Perception called Awareness. It is a must because it will definitely make your life a lot easier.  Also, remember that you start with 21 points which you can distribute into your Special stats.

How do the stats actually work 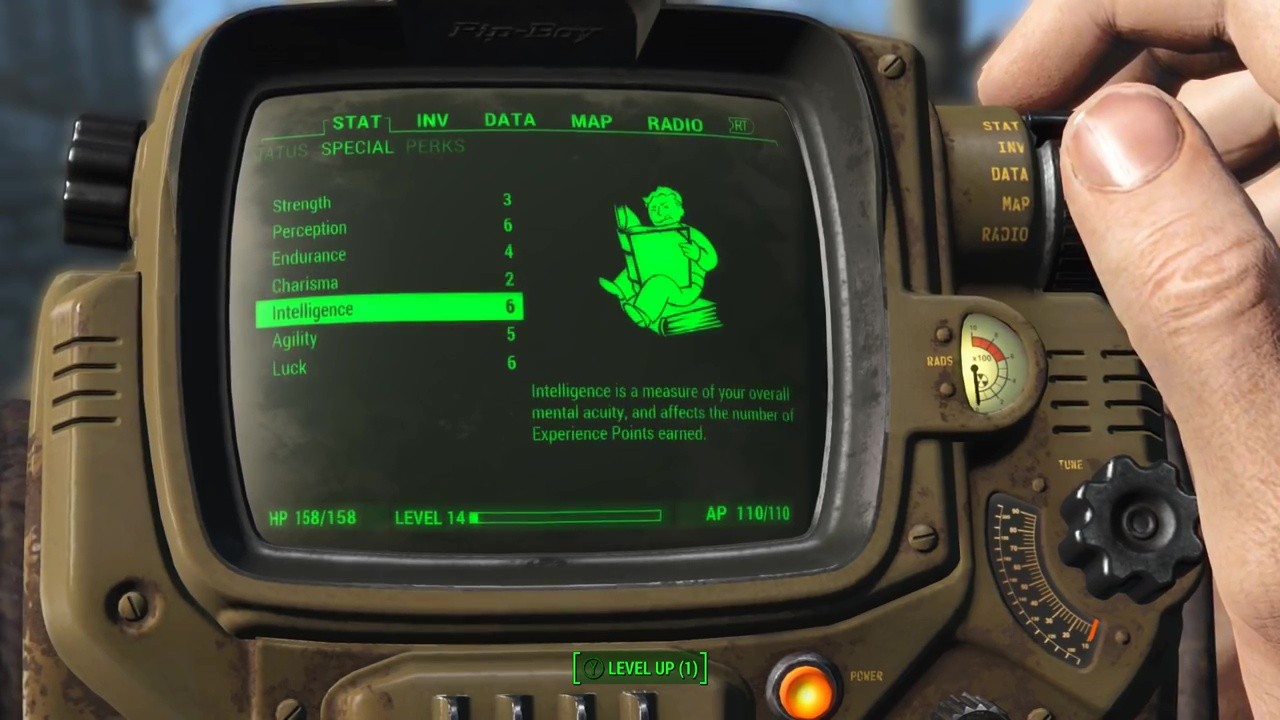 The builds that will be mentioned below can be used with any weapon. Of course, the better the weapon, the more effective they are but overall, it does not make that much of a difference. What does make a big difference is collecting magazines and bobbleheads. Remember to do this because it will pay off in the long run.

This build will allow you to get a lot of experience as well as mobility. In addition to that, it will give you a decent inventory space, survivability, and more AP, which will result in more sprinting. One of the best perks to get here is the Strong Back, Locksmith, Hacker and Scrapper. Each of them requires a little bit of Strength and intellect.

In terms of downsides, by going for this build, you will not have Charisma, which means that the quests will be longer. What's more, it will be hard to actually kill enemies sometimes because there won't be that many radiation weapons at the start of the game.

The best companion which you can get here is Preston Garvey because he will provide you with more damage and resistance when you fight against grouped enemies. Similar to pretty much all guides out there, this one also has its ups and downs.

The pros are that you can get very good crafting, mod and utility perks, which are essential in order to survive in Fallout 4. In fact, they can even more invaluable in certain situations. In terms of perks, the best ones are the following: Armorer (requires 3 STR), Blacksmith (four STR), Locksmith (Perc 5), Science (Int 6), Scrapper (Int 5 and two points)

In terms of cons, the obvious one will be the lack of HP and damage resistance. Of course, you kind of makeup for this due to the other skills that you take but at the end of the day, you will be a lot more susceptible to damage. In addition to that, you will also have low AP, which is another big downside

The best companion which you can get for this build is Piper. Apart from being cool, he can also provide you with a lot more XP and conversations, which is very good for this build.

The best thing about this build is the fact that quests will be a lot easier to complete and will also have higher rewards. To make it more simple, you will basically enjoy every moment of the game and get to experience it to its fullest. In fact, this reason alone is perhaps enough for some of you to opt for this build.

The best perks are the Strong Back, Inspiration, Local Leader, Scrapper, Party Boy, and the Mysterious Stranger, which requires four points of luck.

In terms of downsides, the Charisma bobblehead is very hard to get because you will need to do a very big chain quest, which is so hard that you will most likely end up giving up on it. In addition to that, you will also have low hp as well as a low number of action points.

After we took a look at the builds that do not require specific weapons, it's time to see those that do. However, unlike the previous ones, these have low intelligence, which results in slower leveling but a lot faster killing.

The best companion to have here is Nick Valentine because he is very good at close range combat, which is essentially what you'll do most of the times.

In terms of pros, you will have a lot of inventory space, strong melee combat and most importantly - good survivability as well as movement and more XP. The best perks here are the Strong Back and Night person.

One of the strongest companions you can get here is Strong or Preston Garvey. Both of them will work wonders.

This build will provide you with amazing inventory space as well as more melee damage output while reducing the incoming one. In addition to that, you will be able to replace Luck with Agility as you progress, which will basically give you a greater melee distance. This can be amazing for using some of the heavy weapons or just being unarmed. Also, thanks to the higher endurance it is also amazing for exploring because you can breathe underwater and take less radiation poisoning.

The cons are also significant though. You will not be able to pick and advanced locks or hack any of the terminals. In addition to that, since this build is mainly focusing on the melee aspect, you will be a lot less accurate with range weapons. 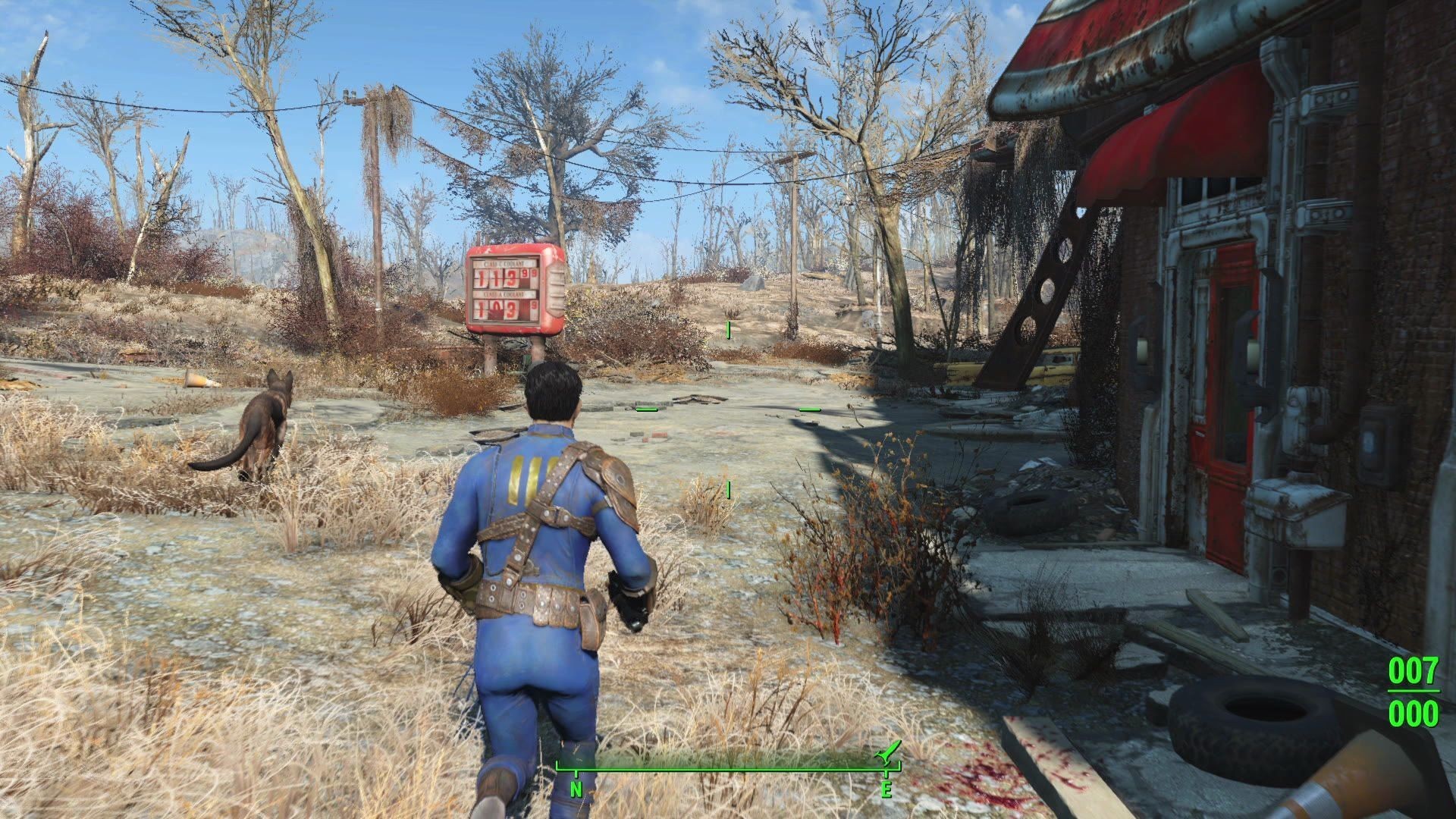 As I mentioned earlier, it all comes down to personal preferences. If you want to, just choose one of the builds here and then decide if works for you or not. It is always possible to change it later, even though it will be definitely easier said than done.